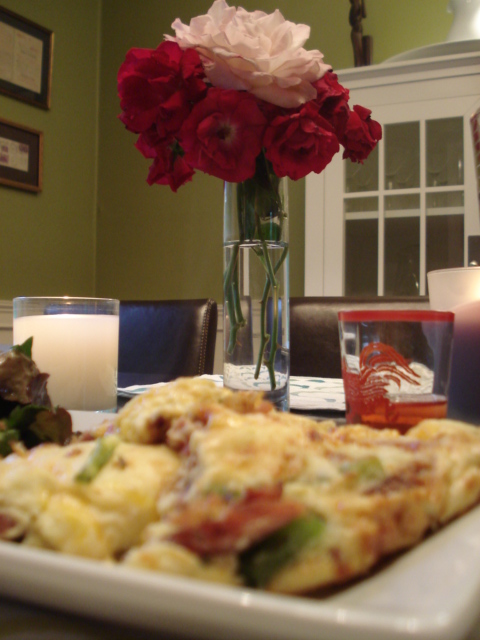 I never made it to the grocery store today so I decided we’d have a throw together meal. Gazing in the fridge, eggs and cheese caught my eye and frittata came to mind. With a little help from the freezer for some leftover ham and a lone bell pepper, dinner was born.

And it was the best frittata I’ve ever had!! But unfortunately for you all (and us too, I suppose) the key ingredient was the leftover glazed ham from Easter, which isn’t easily replicable without a major holiday nearby. But I think you could do this with maple or honey glazed deli ham too – or just a store-bought thick-cut ham piece. But the ham added such a wonderful sweetness that permeated throughout the whole dish. And the 3 different cheeses really contributed to a complex flavor as well.

The frittata was composed of the following: 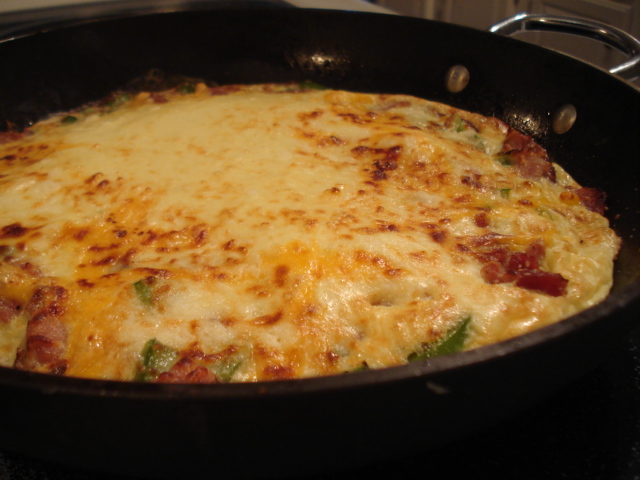 Plated. We split the frittata into 2 servings, each about 400 kcal, depending on cheese and ham amounts and types. 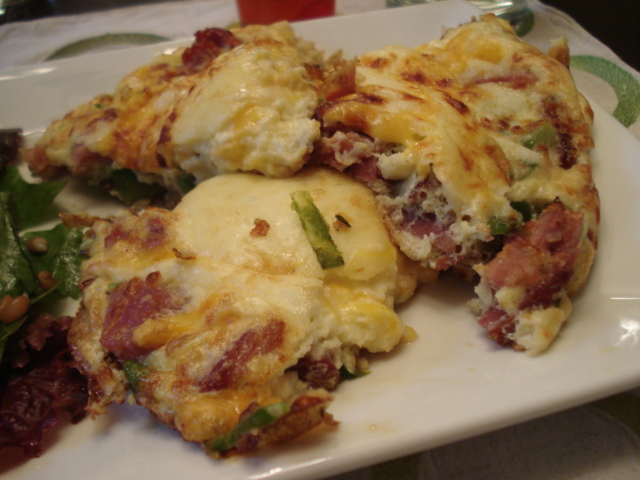 On the side I made a simple “mystery greens” salad (since we have no idea what kind they are from the CSA!) dressed with a little EVOO, aged balsamic, blueberries and wheatberries. 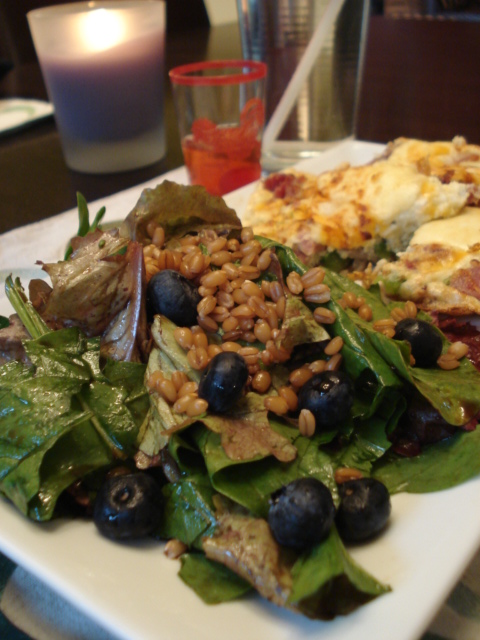 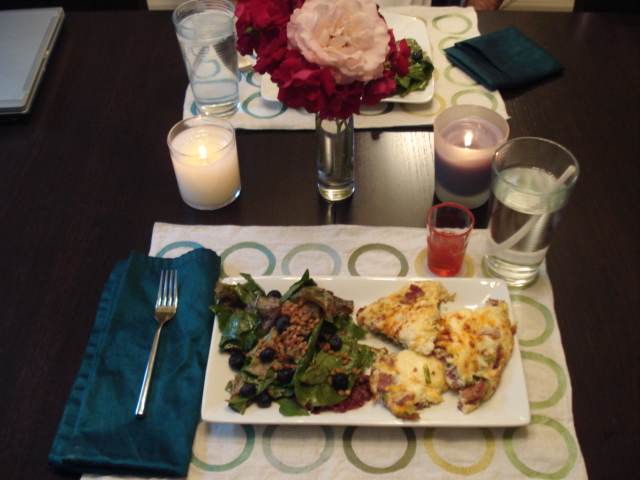 My grandmother’s shipped boxes of antiques arrived today! That was fast! I opened one of them and saved the other for tomorrow – I can only handle so many packing peanuts in one day! I think I mentioned that she and my grandfather are moving out of their house of nearly 50 years. So it’s time to pass on some of the family heirlooms.

Here’s the contents of the first box – 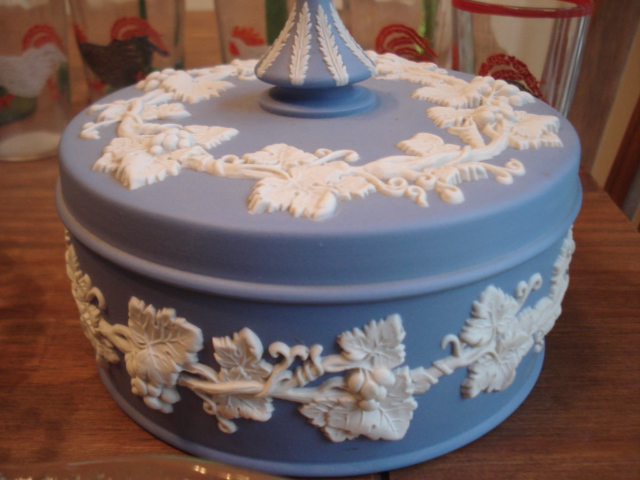 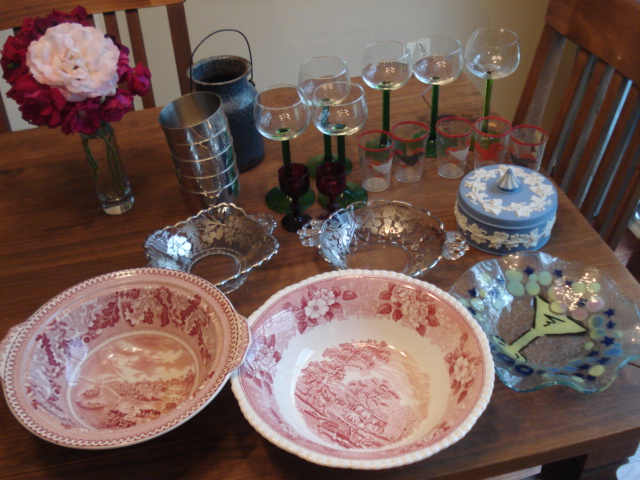 I’ve decided to collect blue glass and my collection grew significantly with this box – and there’s more antique dark blue Noxzema jars in the other shipment. What to do with it all!? Right now it’s settled on the fireplace hearth – 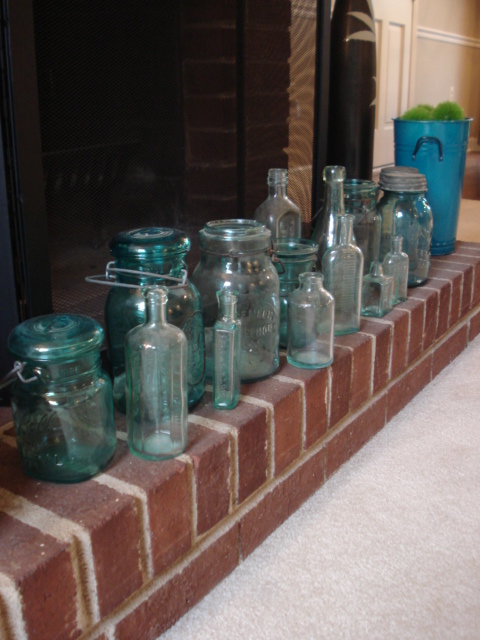 Lastly, she sent some old “Cocktail” glasses, which often featured roosters. So while unpacking, I decided to have a small Old Fashioned in my grandmother’s honor!! I do not really like liquor but I am LOVING this new drink discovery! Complete with a cherry and a splash of cherry juice. 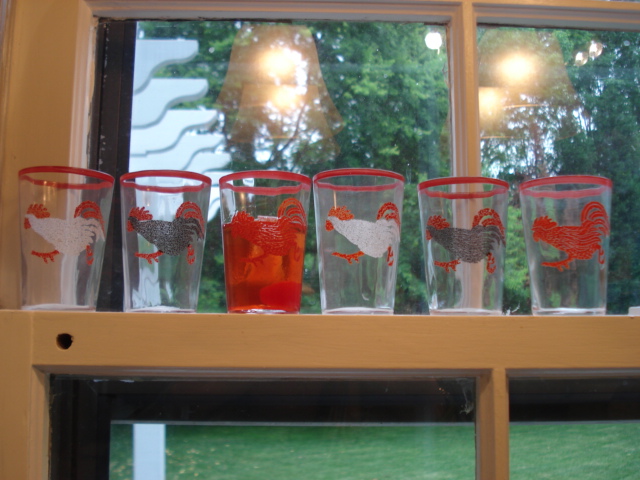 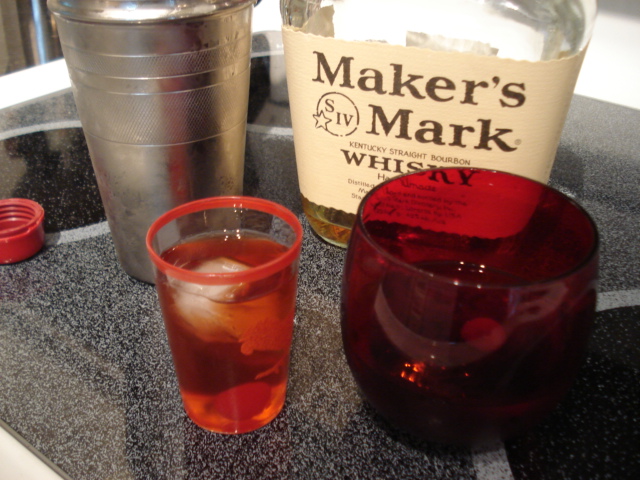 I’m off to read my novel – The Villa, by Nora Roberts. I just finished my audiobook, Snow Flower and the Secret Fan, by Lisa See this afternoon while doing stuff around the house. I love audiobooks for car trips, but they make good housework company too! The audiobook was really interesting – set in 19th century China about the life of a girl from a painful foot binding through her life’s tale.