You are here: Home / Home Neat Home / Turning Our Deck Into A Porch

I’ve hinted at the big project that’s underway on the back of our house. Here’s the halfway update! I’m planning to share the finishing touches once it’s done, hopefully before it’s freezing outside.

We’re turning the back deck into a screened-in porch.

(Note the scary guard dog in many of these photos!) 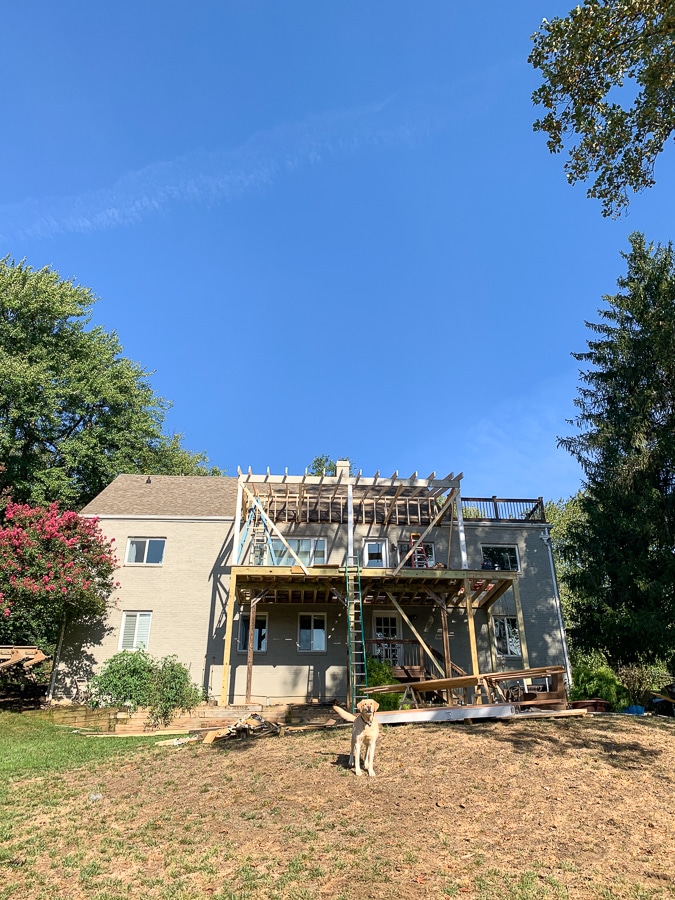 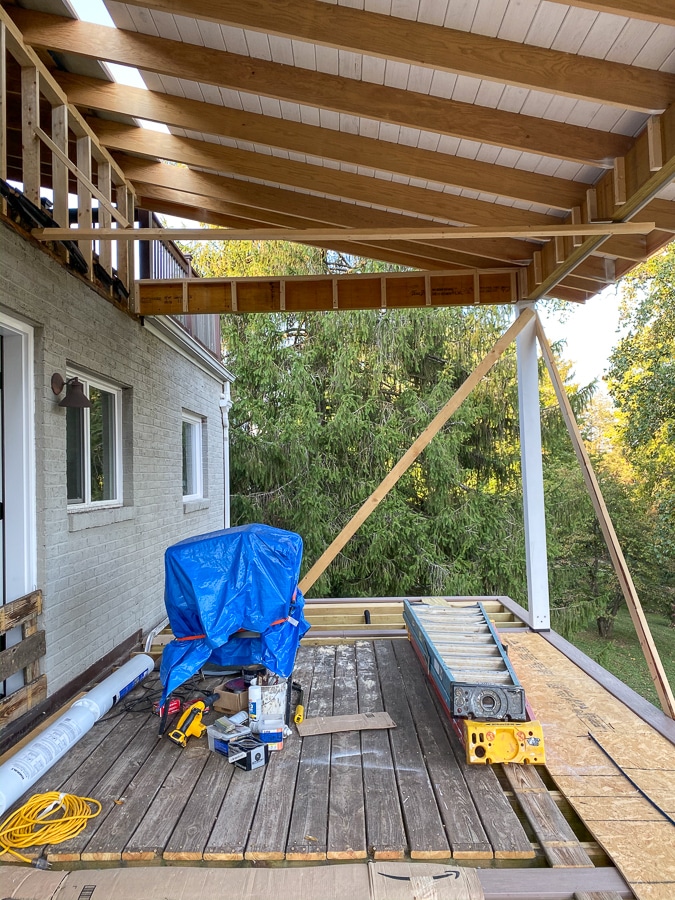 Here’s a look at the before

Before: a super tall, rickety deck. This deck was actually new in 2014 but the wood was already splintering, the railings a bit too loose for this mom’s liking, and the zig zag screw lines drove Thomas nuts. (Also I think this spring photo was the only time in history the backyard hill had green grass. That’s another big yard problem Thomas is still trying to fix!) 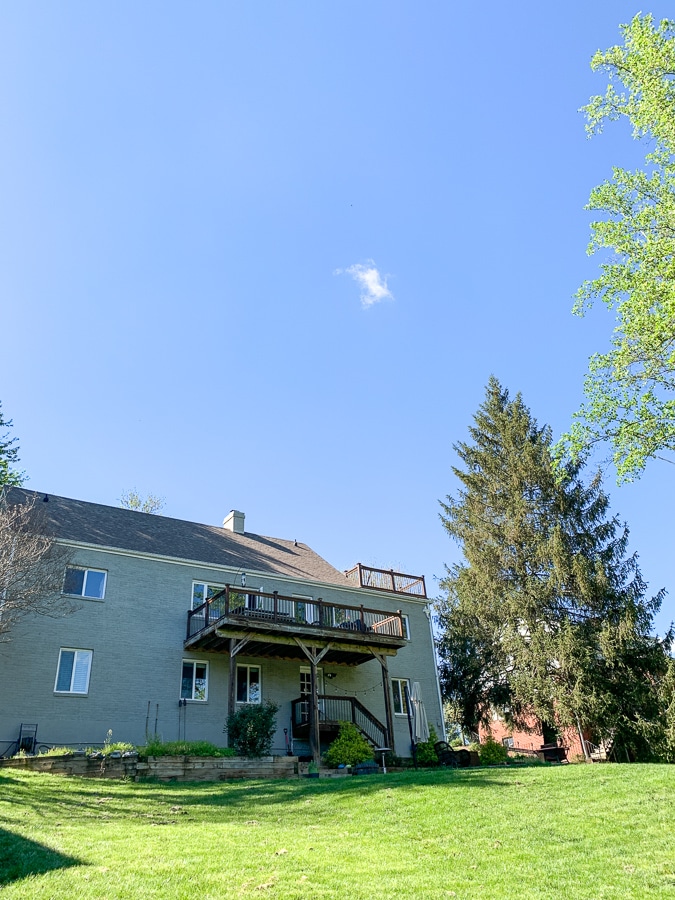 Why a screened-in porch? 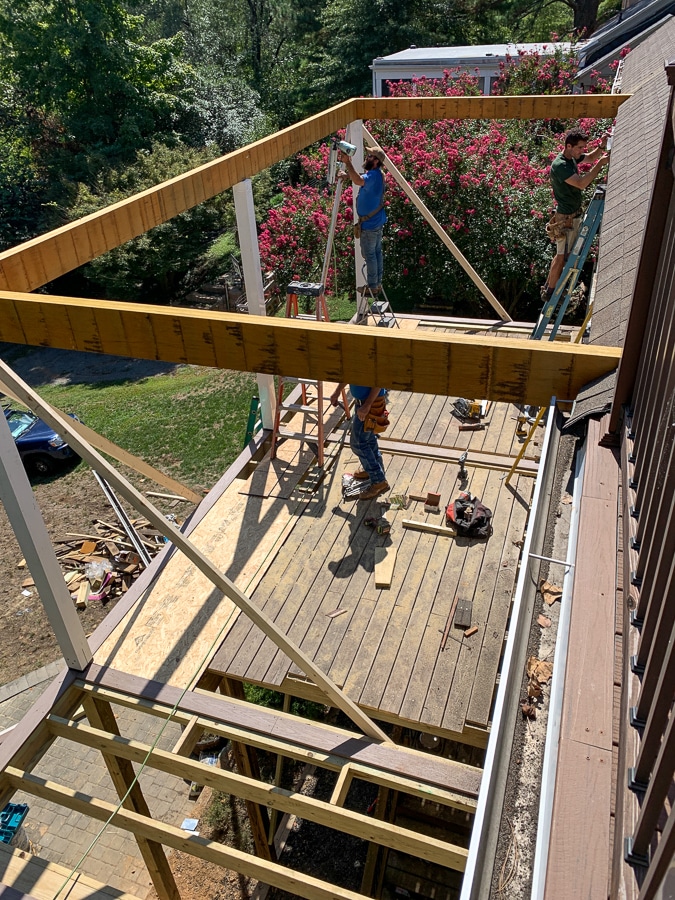 If you recall back to my previous house, the porch we built off the back transformed the main level of the house. It was a three-season room, and we lived out there. We knew the deck inn this house could be so much more. And of course, Thomas (who is a builder) could do a lot of the work. 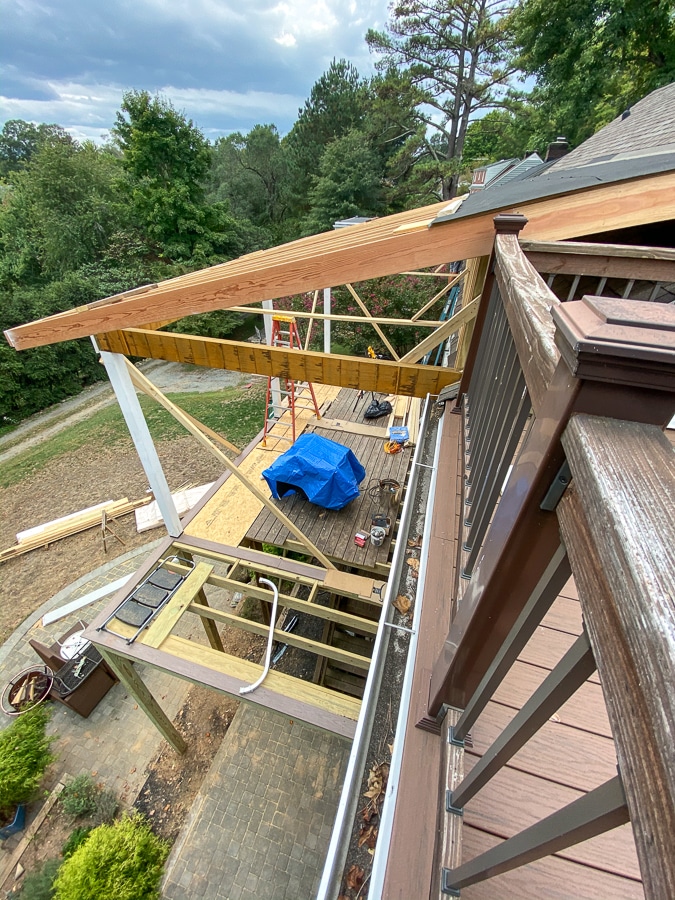 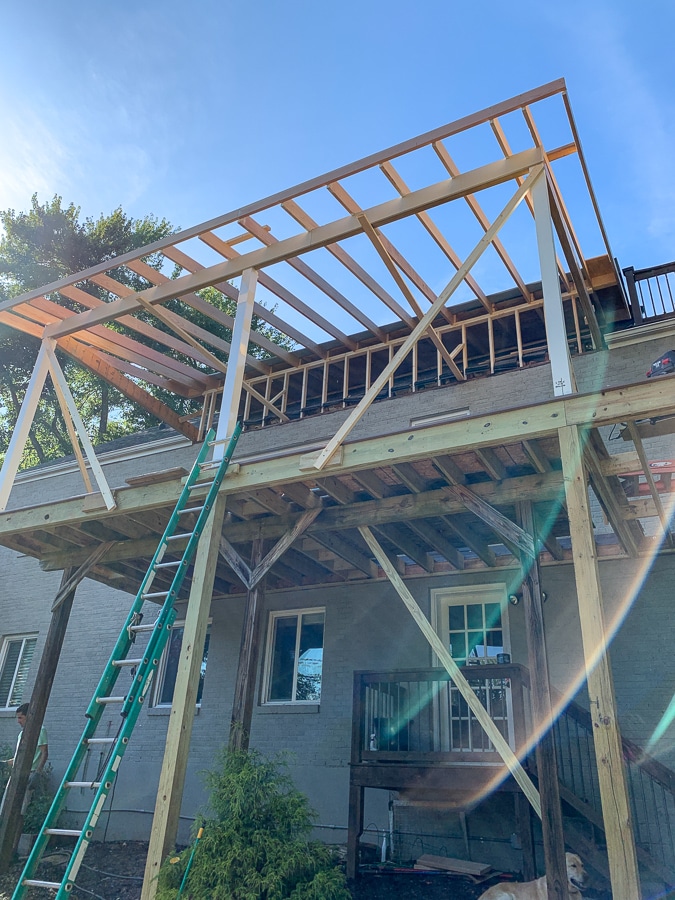 The roof line is 9′ tall to try to preserve the view from our main floor. When you stand at the front door, you can’t see the roof, which was important to me. We were also going to do skylights, but after the roof was filled in, we decided we had enough light and didn’t need them. 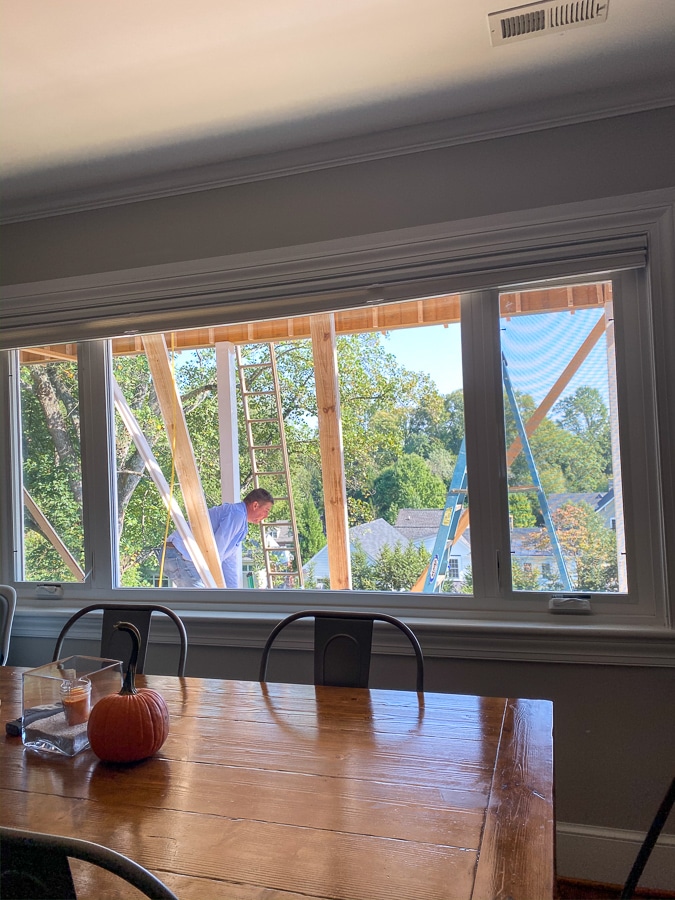 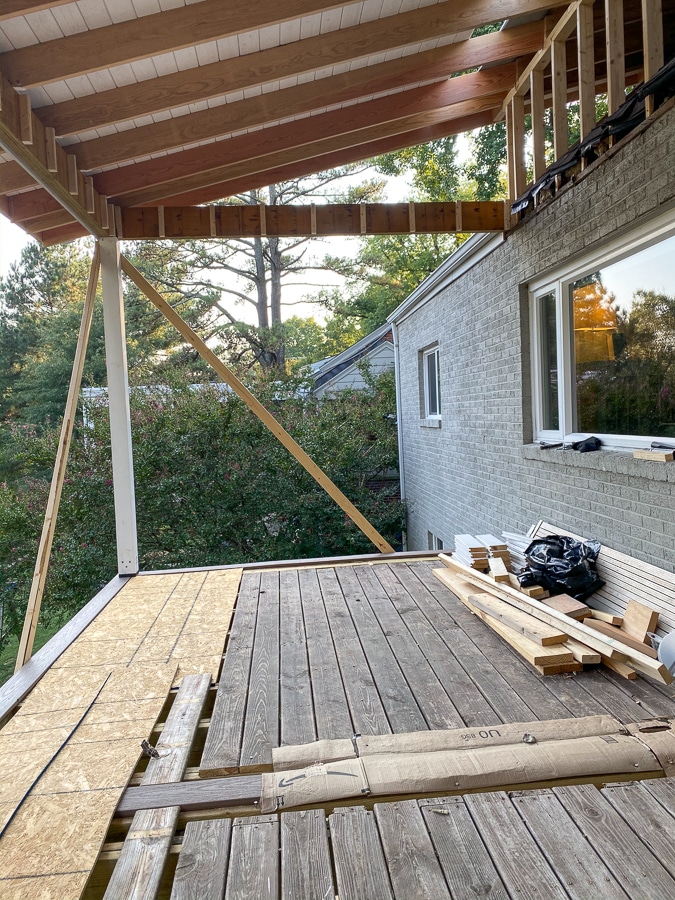 Thomas is managing the project through his company, Sun Structures, and had some help from his carpentry crew for a week when they were between bigger projects. Thomas is doing a lot of the detail carpentry himself, when he has time. It’s been so cool to see his company in action, and we’ve had fun communication as if I’m the homeowner and he’s the builder.

I’ll have your estimate to you on Thursday. Could you please review so we can go over the contract by Friday?

While Thomas doing a ton of the work and managing the project himself is saving us a lot of money, it’s also taking longer than usual because he’s trying to fit work in the late afternoon and weekends. I have no idea when it will be done, but I’m really hoping in time for Thanksgiving! (Hint hint T!)

Doesn’t he look hot in his tool belt?! 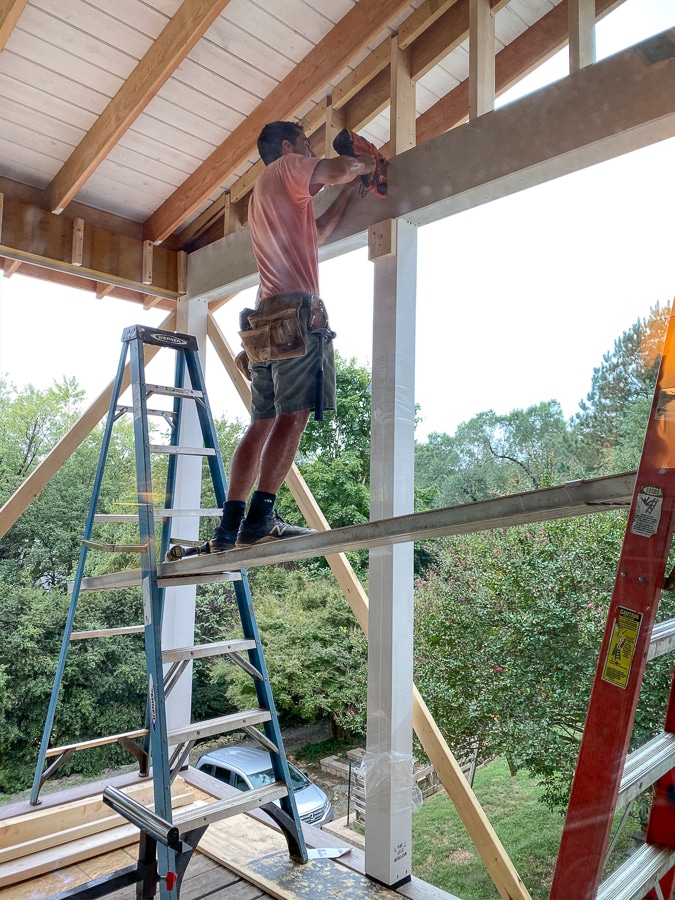 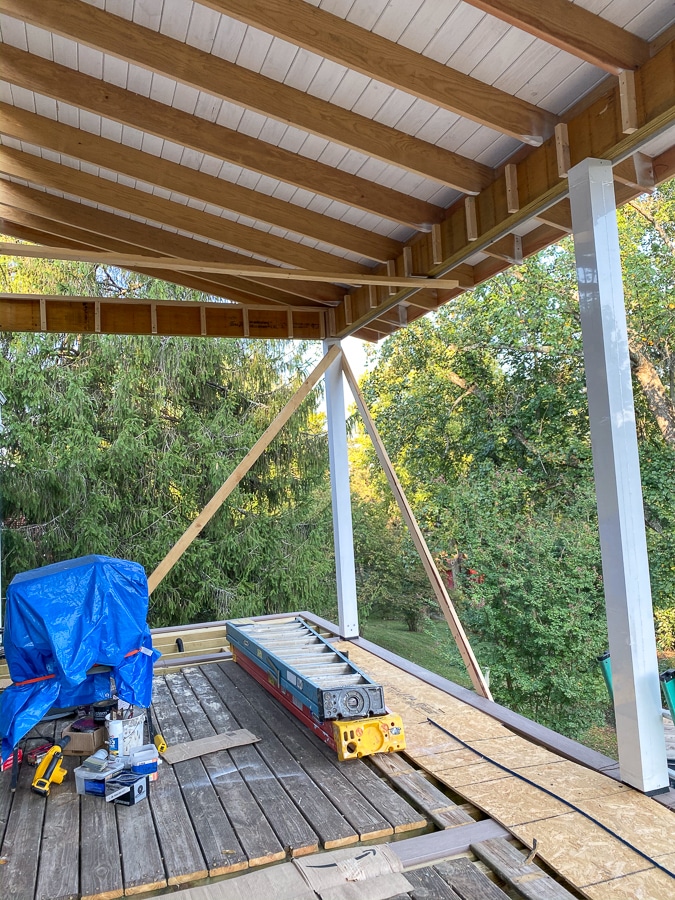 Here’s how it looks today

Getting so much closer, but still a lot to do! (Roof shingles, shiplap upper wall, electrical, lots of trim work, flooring, railings, screens, paint.) 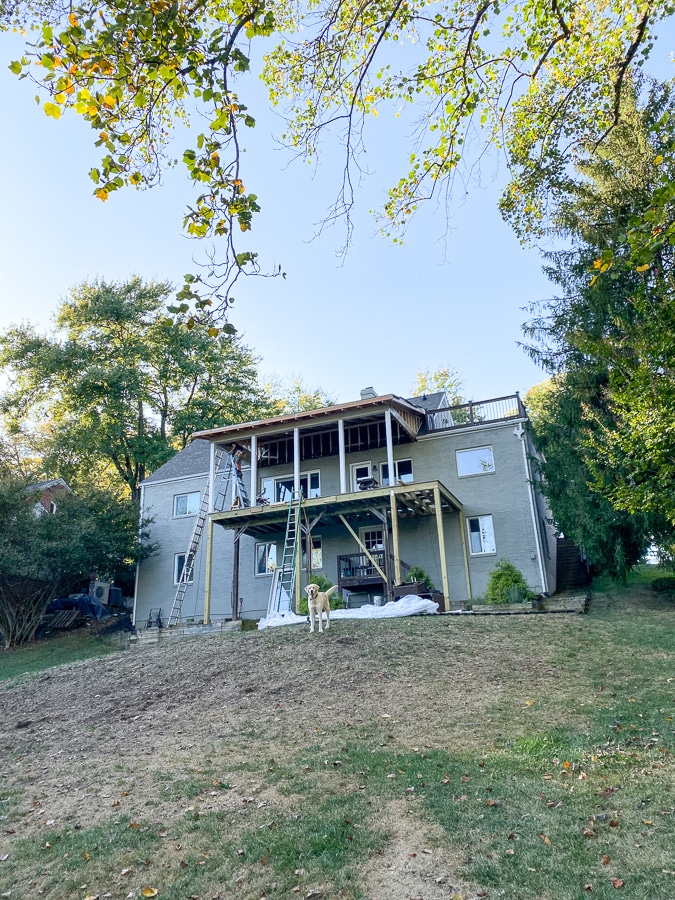