OMG I cannot believe the comment turnout this afternoon!!!!!!!!!!!! Who knew KERF had so many readers! Makes me feel like I’m being watched (*turns around to check*). You guys need to chime in more often 😀  I’ve got 2 more contests up my sleeve in the future so maybe I should do them all this way 🙂 Effortless! WINNERS will be posted shortly!!

My Foodservice mid-term went pretty well – as well as it could have!! There were 97 questions ranging from “If John is a diabetic allotted 2700 calories per day and wants to have 60% of his carbs for breakfast, lunch and HS snack, how many grams should he have for supper” to “During which war do dietitians consider the birth of the industry,” (the Crimean War!) to “If you want an apple to keep its shape during simmering in water, do you add sugar, lemon or nothing?” (I think the answer> is sugar!?) We were told to “study everything you know” to prepare. There was SO much variety, it’s hard to tell how I did.

I came home to this awesome package of Flax Seed Porridge from Krista of Krista’s Kravings!!! It’s from Windy Hill Foods in Canada. Along with 2 packets of Pumpkin Spice Tea! I’m planning to try it out on Thursday AM 🙂 THANK YOU Krista! 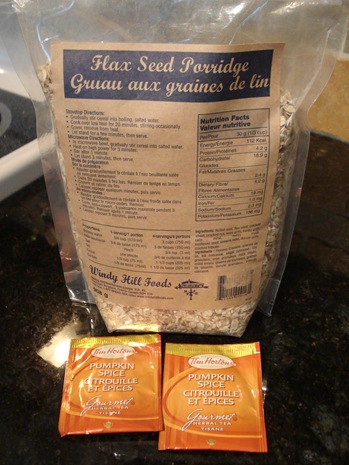 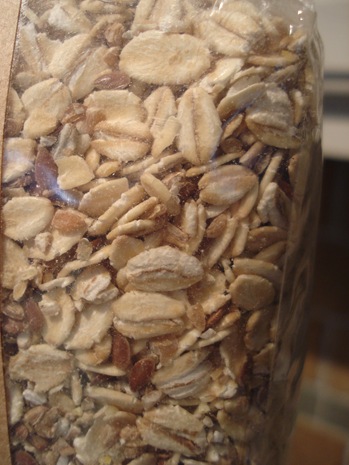 After I got home, the husband and I set out for a nice neighborhood walk. We strolled for about 45 minutes chatting it up. Before we left I had a mini snack. I was a tiny bit hungry but I didn’t want to spoil my appetite again. 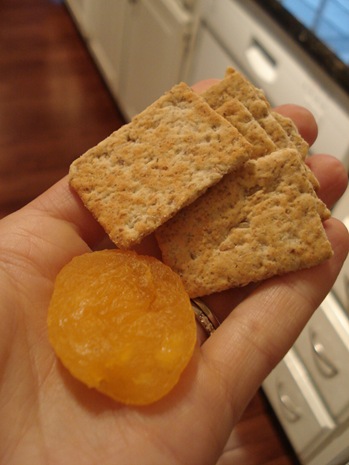 We relaxed with His and Hers cocktails when we got home. A mocktail for me (diet tonic, cherry, lemon – and turns out it wasn’t so virgin because he added a splash of VODKA without telling me!) and a few Trader Joe’s beers for him. They were all rather bleh. I had a few glugs to try them out 8D 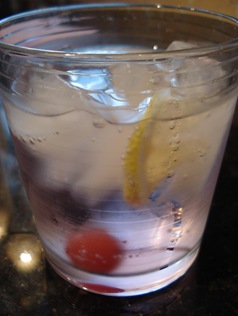 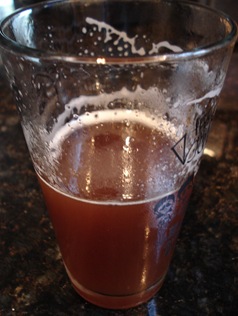 We had an early dinner (hence the super early post) since I didn’t have much to do school-wise. On the menu was this recipe from the Food Network I’ve had saved for a while: Sicilian-Style Cauliflower with Whole Wheat Pasta. 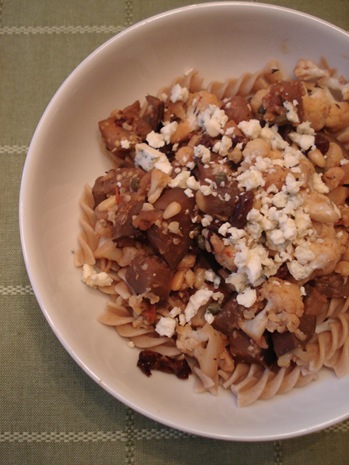 Our version cut back on the oil and herbs (that we didn’t have) and added eggplant, sun-dried tomatoes, a splash of half and half, and blue cheese. Again, the blue cheese made the dish. I’m not sure I’d recommend this recipe. I would have preferred to roast the veggies. The vinegar was a little strong and they didn’t have that golden roasted flavor that I love. 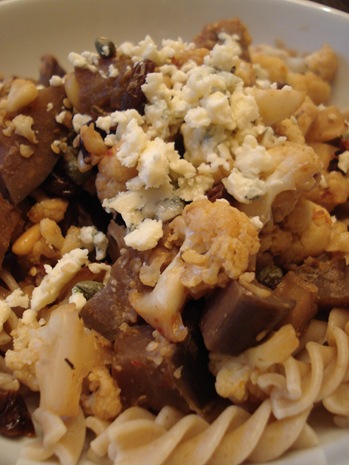 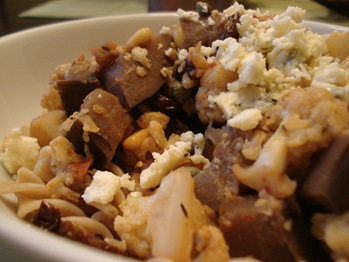 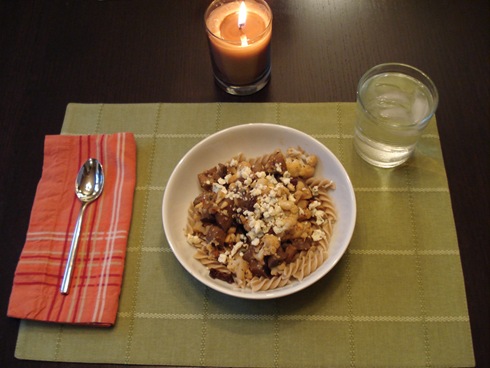 I’m excited that we’re done with dinner and blogging and it’s only 7:15!! Sounds like a bath/reading night for the third time in a row 😀 Hopefully I’ll sleep well tonight.