All week long when I have a free evening or afternoon I dream about it and all the things I’m going to do. But SOMEHOW my time gets suck away by some massive vacuum and I never know where it goes!! 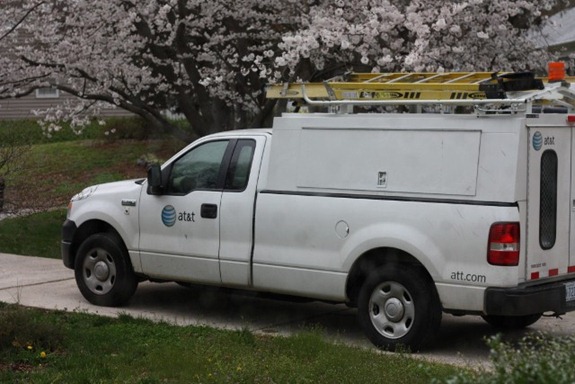 The great news!? We think it’s fixed!! All the troubleshooting was a waste. Turns out there was some update to the Uverse software 3 weeks ago and our system was so old (we were one of their first Charlotte customers) that it wasn’t compatible. And something about a spliced wire. The guy seemed pretty knowledgeable and the internet has been working since he left. KNOCK ON WOOD!

Around 4 I had an awesome snack. I twist on a PB&J! Chopped apple heated till it was soft in the microwave and topped with Crofter’s (also heated) and Naturally Nutty Vanilla PB. The toppings got all saucy. Yum! 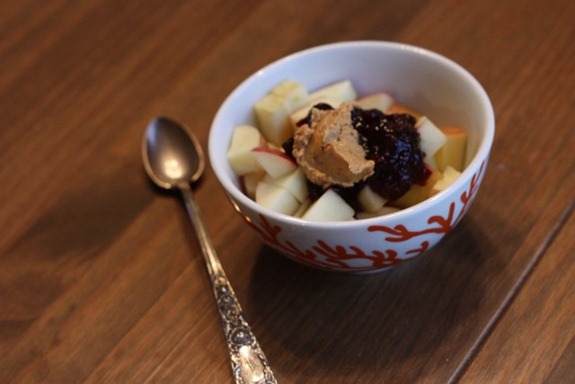 At 6 (when AT&T finally left), Matt and I walked to Harris Teeter for some groceries. I usually go on Sat or Sun, but we were out of important things (milk!) and decided to just do the whole trip tonight.

Wild Alaskan sockeye salmon was on sale and we spontaneously bought some! 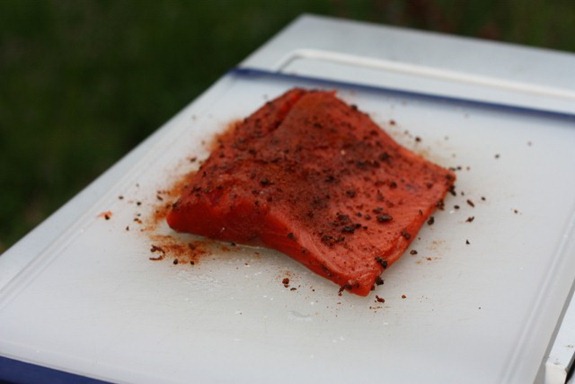 Grillmaster has been SO helpful tonight and basically cooked and cleaned dinner while I caught up on the Internet. 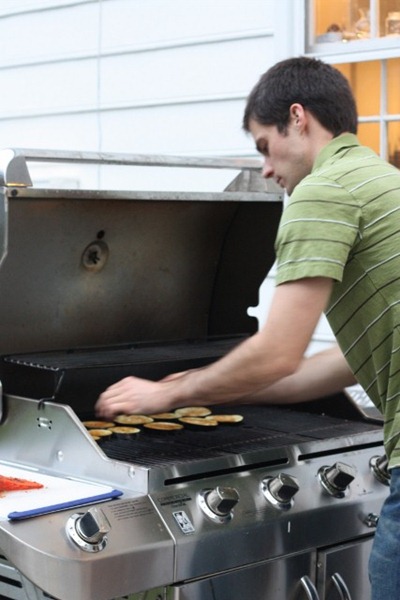 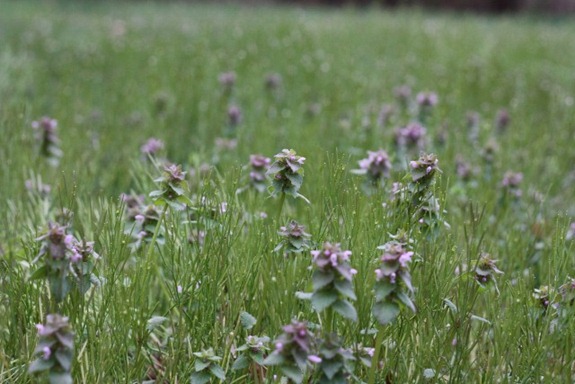 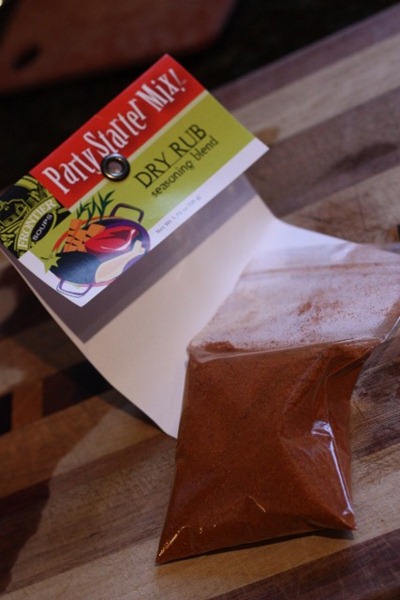 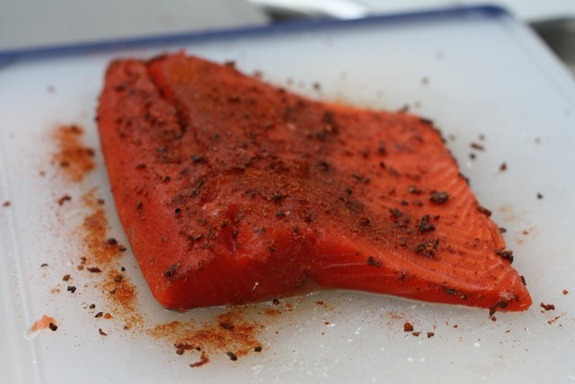 We also grilled eggplant in wasabi powder and tamari, which wasn’t as flavorful as we had hoped, but anything grilled is always good! 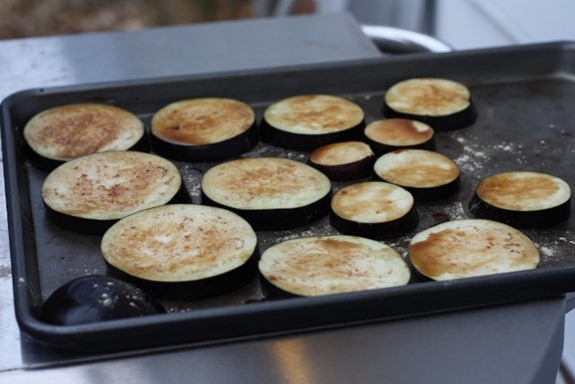 Before dinner we did a Moose Drool home brew tasting – one from each of his batches. 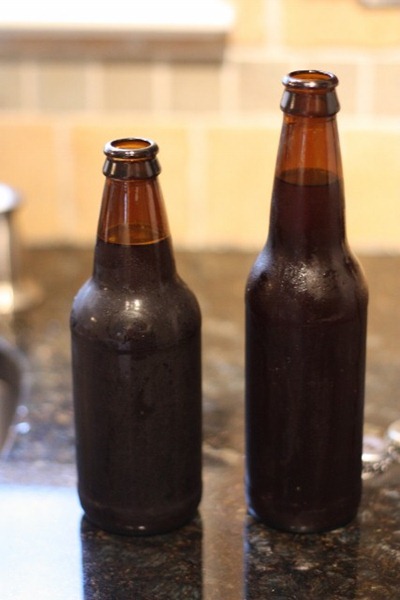 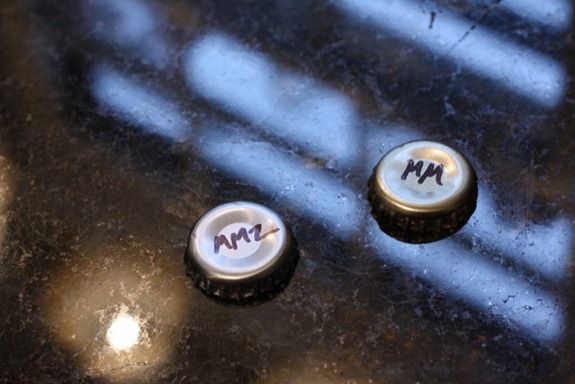 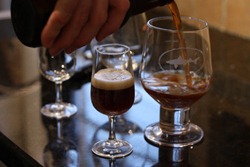 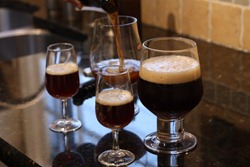 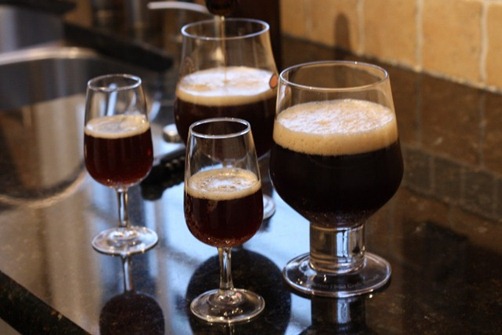 Guess who got which portion! 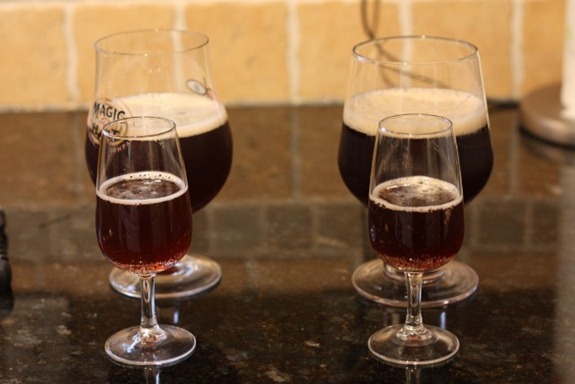 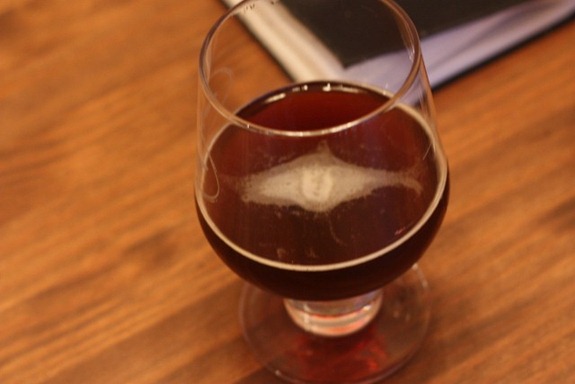 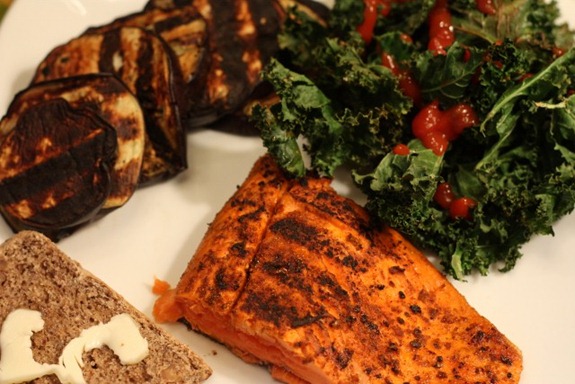 You know though, I don’t think I like sockeye salmon! Well, I take that back. I do like it, but it’s not nearly as succulent as other salmons I’ve had. I usually get salmon in restaurants and I’m beginning to wonder if I actually prefer farmed (a.k.a. Atlantic) salmon, which I know is nowhere near as nutritious or environmentally friendly as wild salmon. I would never choose it just because of my taste preference, but I"m wondering if that’s why I never like it as much at home (because I also always buy wild Pacific salmon). Or perhaps sockeye is just tougher than the rest!?

This was still tasty and definitely not overcooked – nice and rare in the middle. 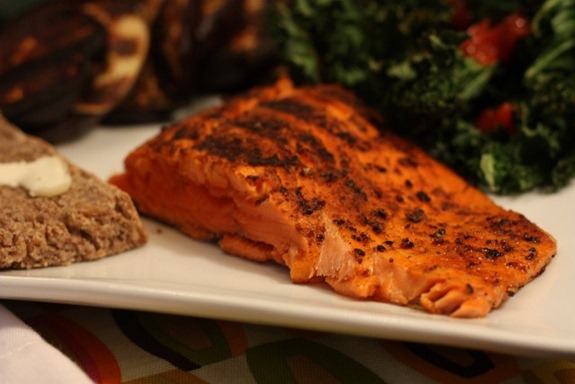 I added a half slice of Flax Oat Bran to ensure my glycogen stores wake up full. Little butter goes a long way! 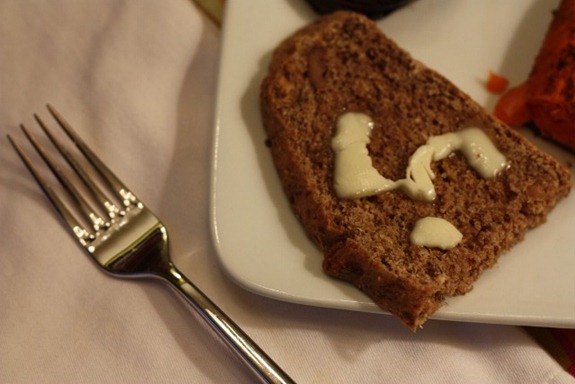 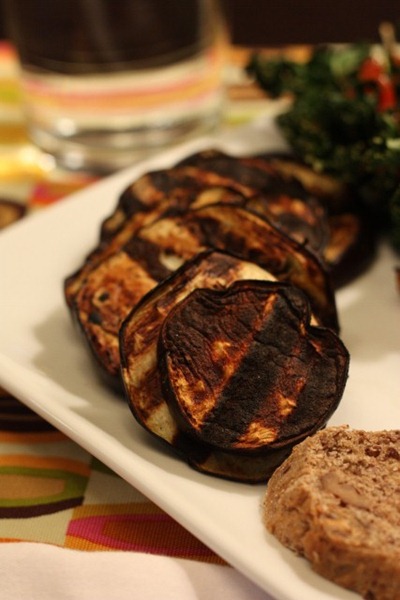 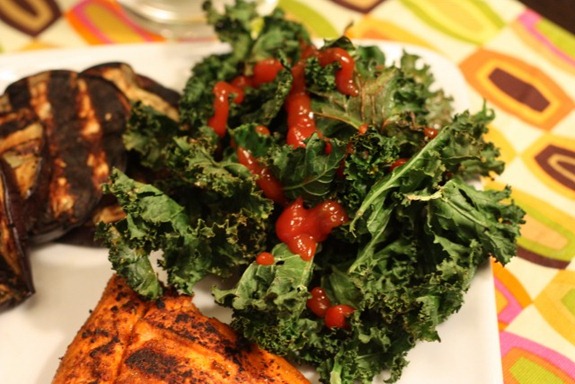 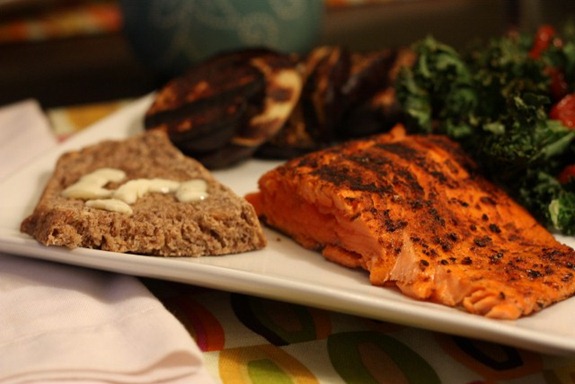 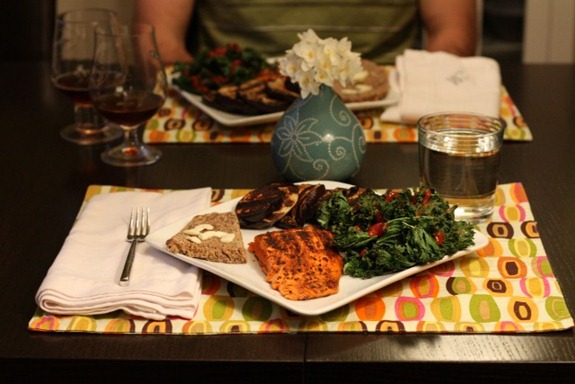 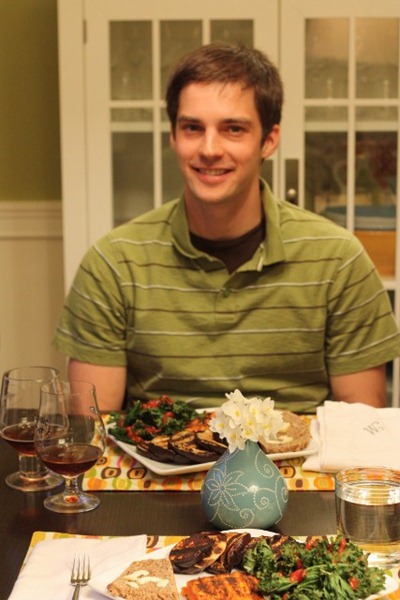 This afternoon I successfully cooked chickpeas in my crockpot. It took about 4 hours on high and an overnight soak, but they finally got tender and are SO GOOD! Just had a handful for dessert! 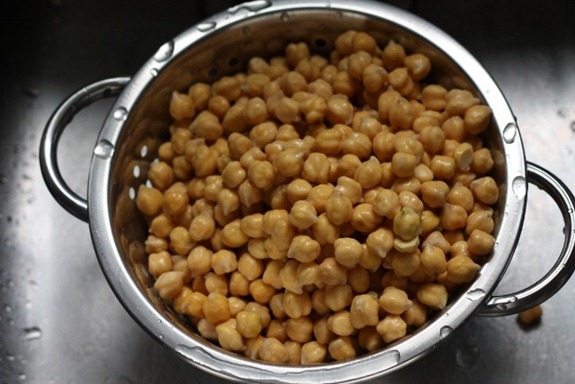 Poor, poor Emily has been benched for the run 🙁 She went to the doctor and has chest inflammation and will be on drugs. Running would not be the best choice. I’ll be tackling my run solo – wish me luck! I’m going first thing in the AM to practice race day breakfast, so expect a later-than-normal post.