Busy packed day!! Karen and I said farewell to Mom + Dad (crazy the next time I see them I will most likely have a baby!) and departed for Cville around 11:30 this morning – sandwiches in tow! 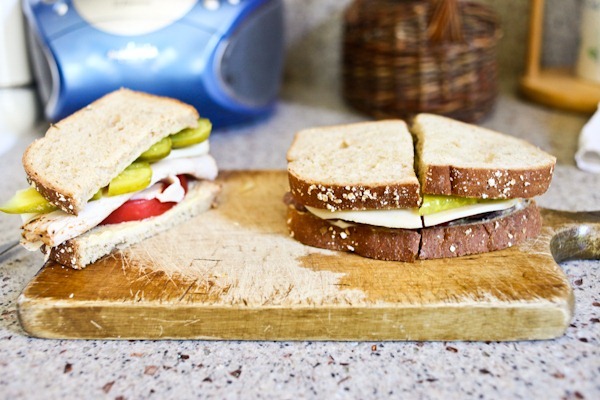 Leftover London Broil with provolone, tomato, mustard and pickle for me 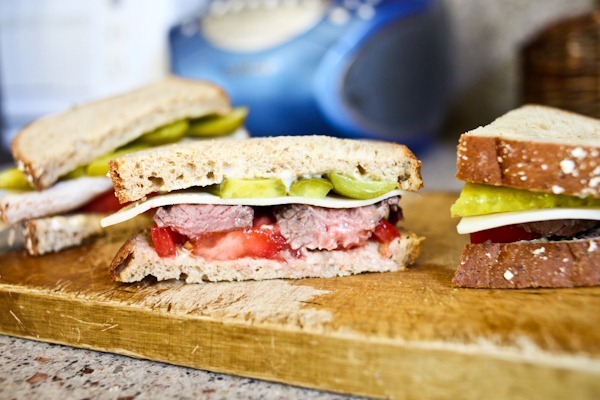 Plus we each took a plum from dad’s plum bowl! 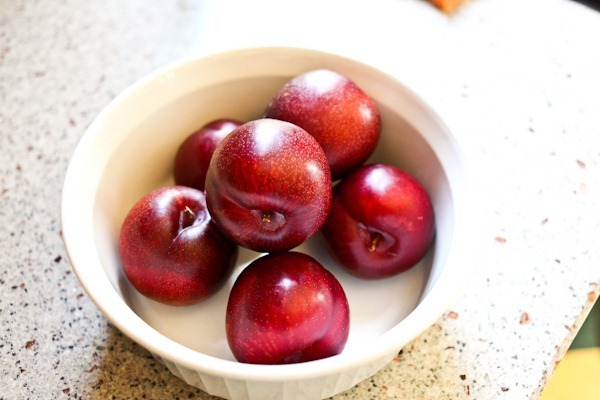 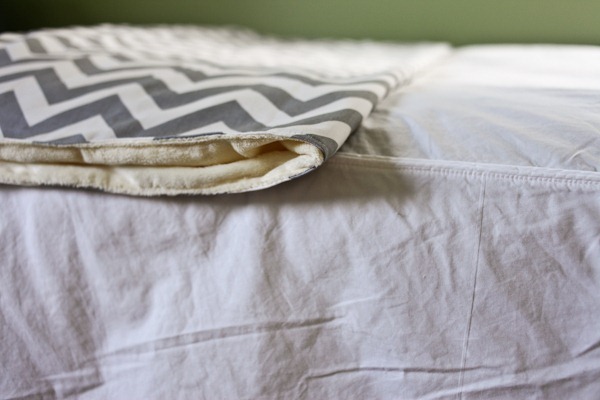 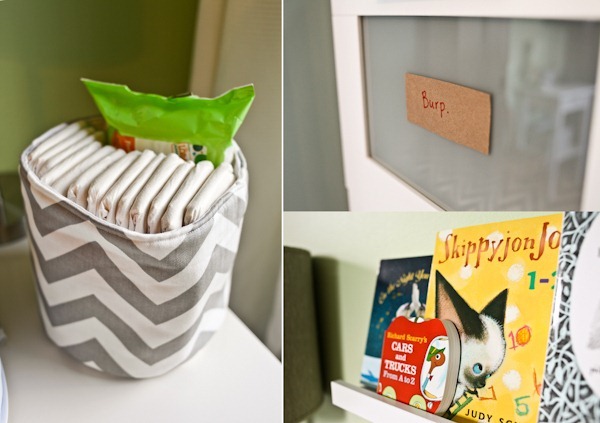 The nursery is really coming together – but at the same time, it’s also getting rather busy with patterns so I had to rearrange a few things to simplify a bit. 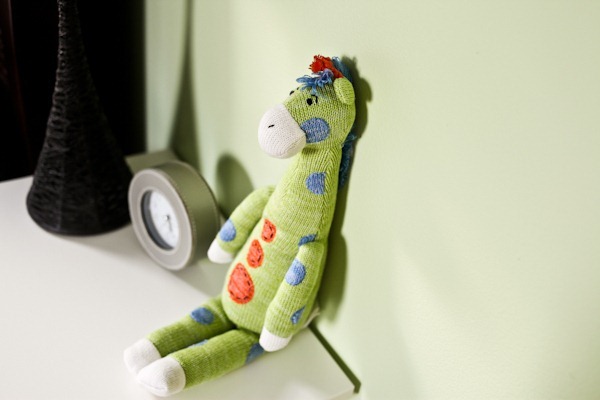 Very funny Karen – you got me! [She brought home some of my mom’s rubber snakes for pranks] 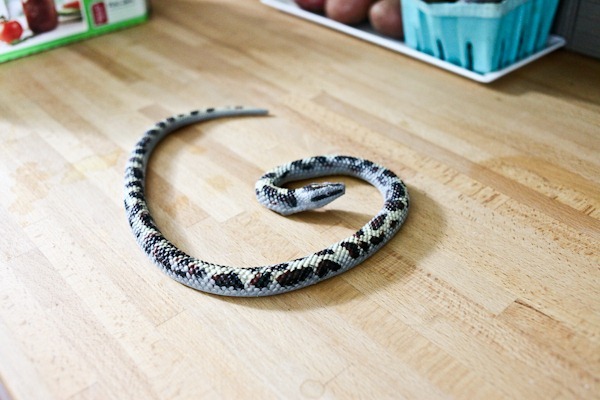 Not sleeping well plus this afternoon’s frantic (but enthusiastic!) unpacking left me totally exhausted. I finally slowed down for a little fuel in the form of yogurt, cereal and jam. 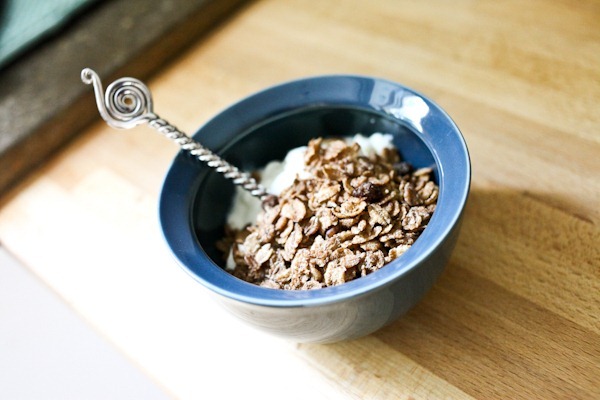 Matt spent the day making and then pressure canning tomato sauce!! His own form of nesting perhaps!? Or just a love of tomatoes. 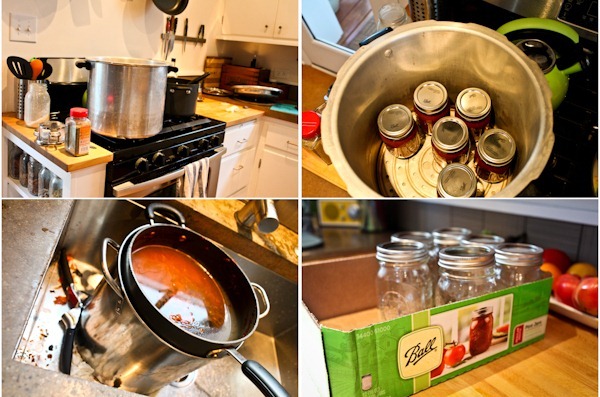 This is about as close to his grandmother’s pressure cooker as I wanted to get – scary! 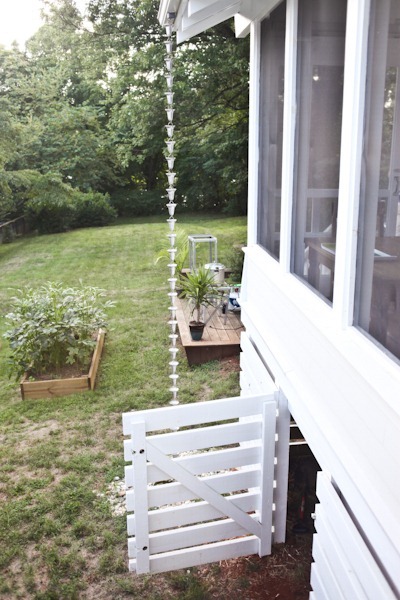 Then for dinner, we had a dinner guest!! It’s about time we had a movie night with Hillary! 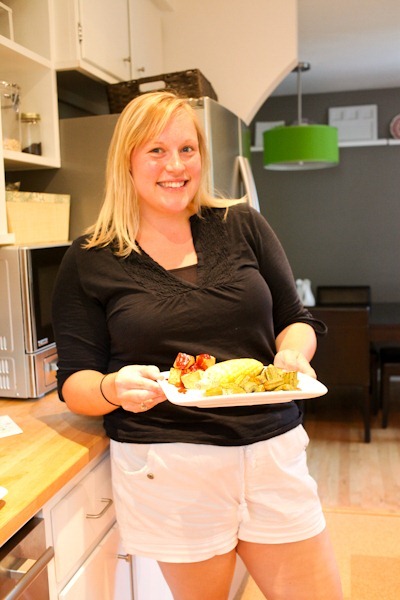 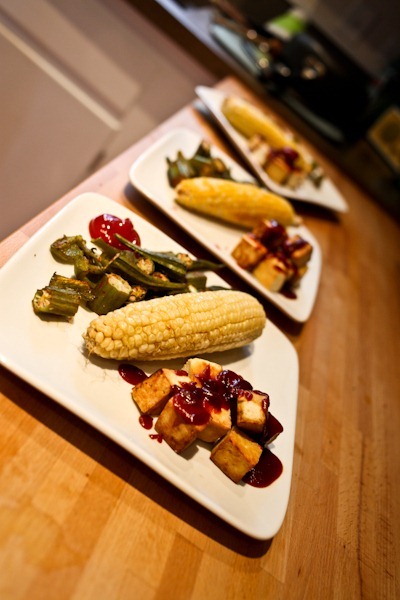 She brought over some Twin Oaks Tofu which Matt pan-fried and topped with an incredible reduction of soy sauce (~1 tbsp), ketchup (~1/4 cup) and apple cider vinegar (~1 tsp), all spice, garlic powder, sriracha (~1 tsp) and chili powder. 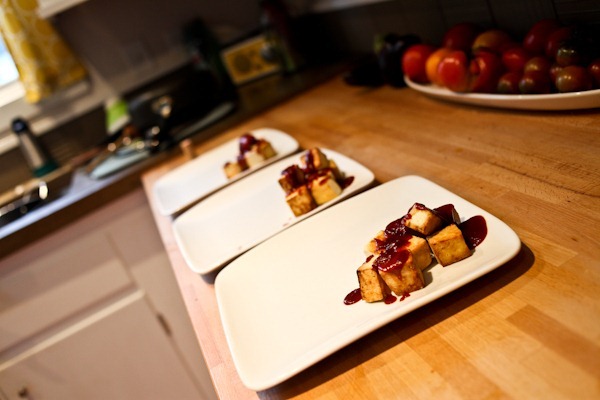 I was in charge of roasting okra and green peppers from the garden (olive oil, salt, pepper and smoked paprika @ 400* for 30 minutes) 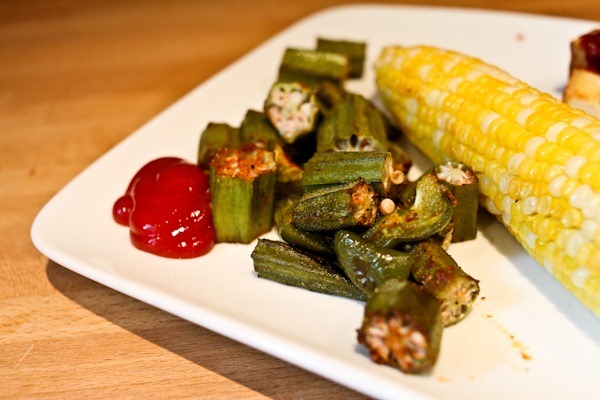 And ears of corn on the cob went in at the same time! 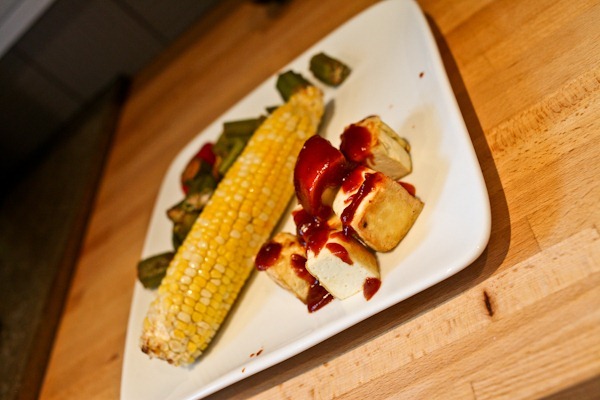 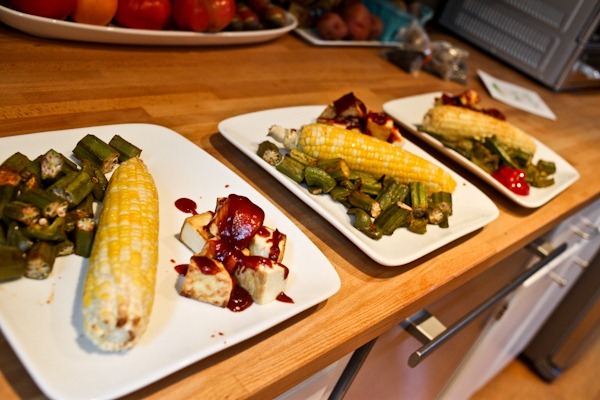 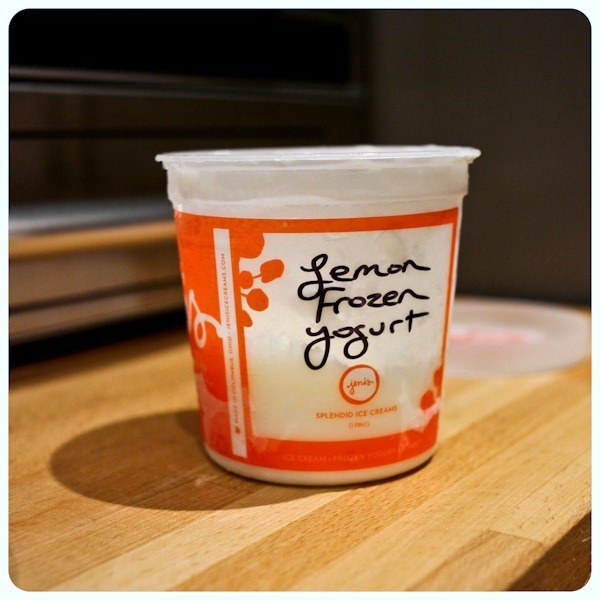 This was tart and only slightly sweet and perfect for a light summer treat! 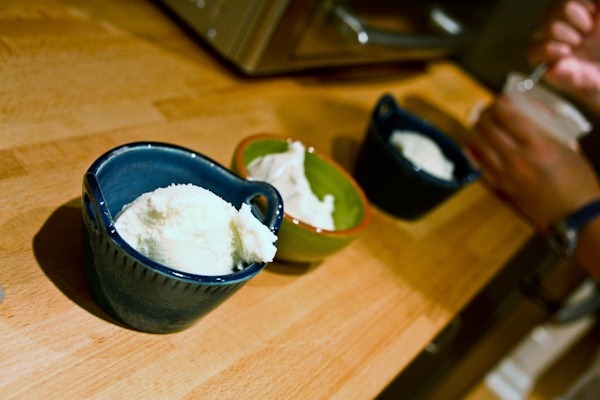 With our dinner, we watched the documentary Babies. I really enjoyed the film – the un-narrated story of the first year of life of four babies in four countries. Highly recommend it!

While we watched Babies, we DVRed the Olympics and just finished watching synchronized diving!! Woo hoo. Next up: gymnastics (my fav), although bed is sounding like an awesome option as well…