You are here: Home / Charlottesville / Third Set’s A Charm

I got lucky with a GREAT night’s sleep last night!! That pretty much means starting with a 4 hour stretch followed by lots of 2/1.5 hour stretches that required no soothing to put the baby back to bed. He was out again as soon as I was finished burping him! We haven’t had the best luck with naps, but overall, we’ve been really lucky with nighttime – give or take one or two nights a week.

I sort of got a morning nap, though, so I was able to shower, put in laundry and make hot oatmeal in record speed. 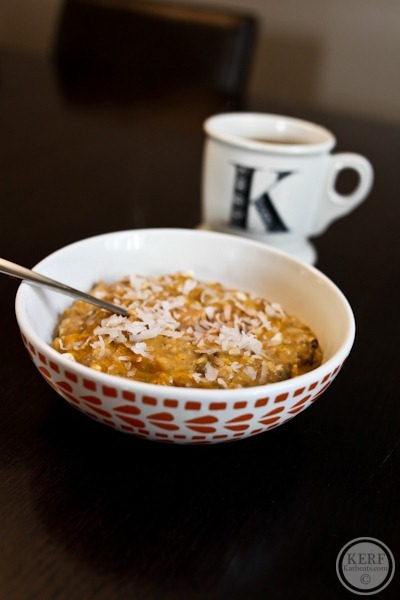 This was 1/3 cup oats, milk and water, plus 1/2 tbsp chia seeds, 1/2 cup pumpkin (gotta be heavy handed while I use it up!), 1/3 cup cottage cheese stirred in at end with cinnamon and vanilla. Topped with coconut and Barney Butter. 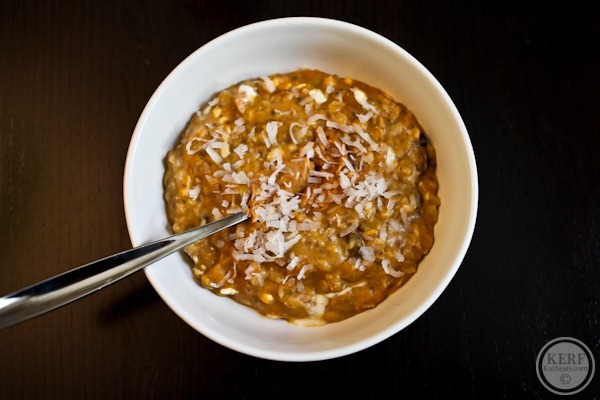 Melty nut butter is the BEST! 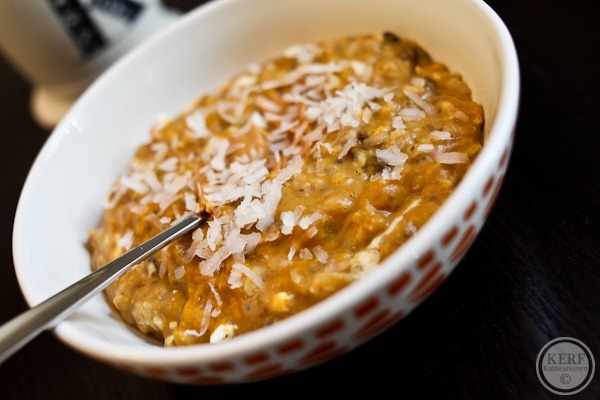 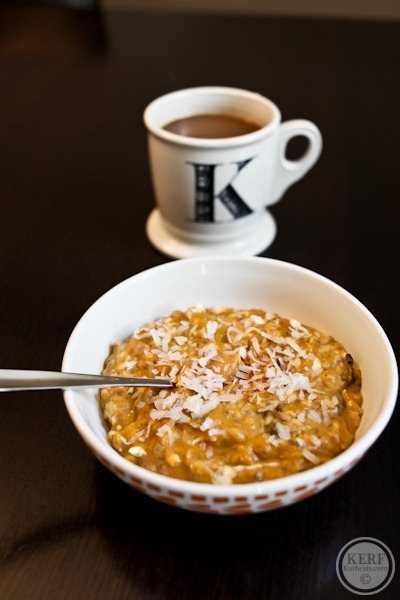 Maze and I invented a new game today. It’s called “wrap the baby in warm laundry.” He liked the pajama pants the best!

Matt came home just before lunch and I made us each a plate. 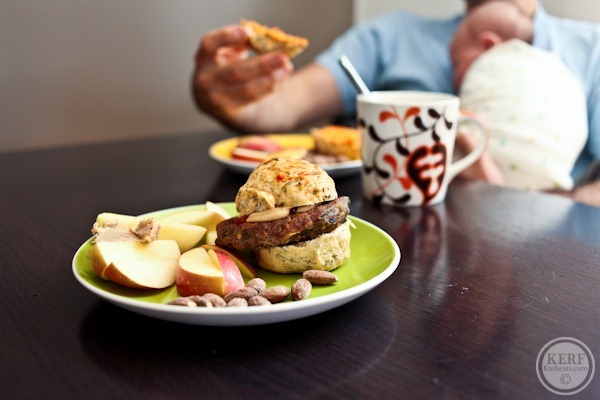 No Bull Burger on Popeye, apple and almonds for me. Soup and a hummus sandwich for him! 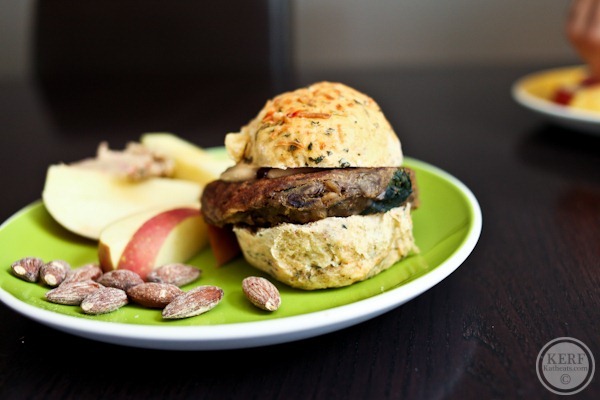 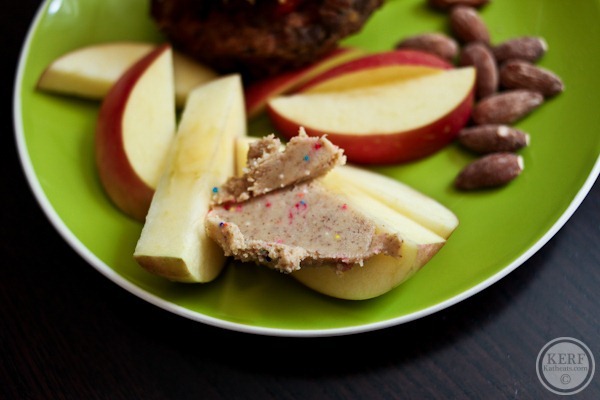 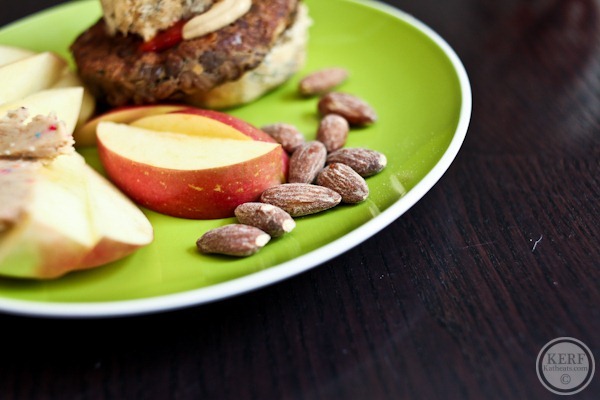 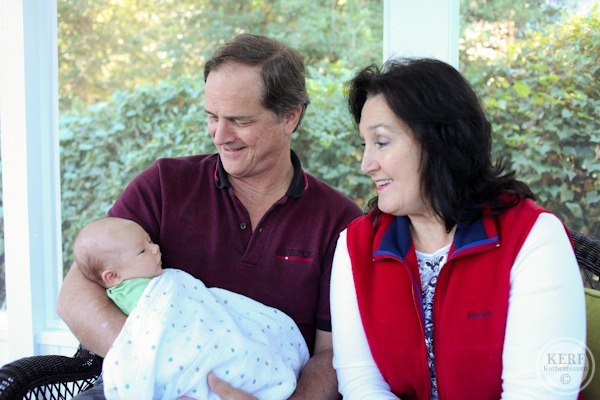 M’s third set of grandparents are here!!! Matt’s dad, Mark, and Cheryl are here to spend a few days with us! They were supposed to come the weekend of September 7th, but somebody was a bit late in his arrival! 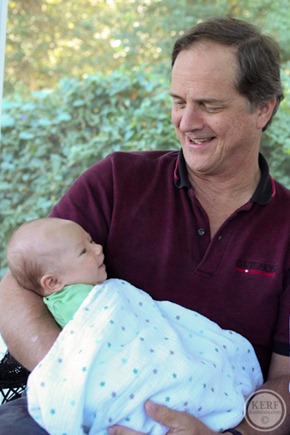 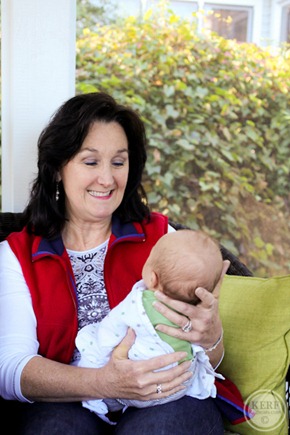 We had fun playing on the porch for a few hours and catching up. 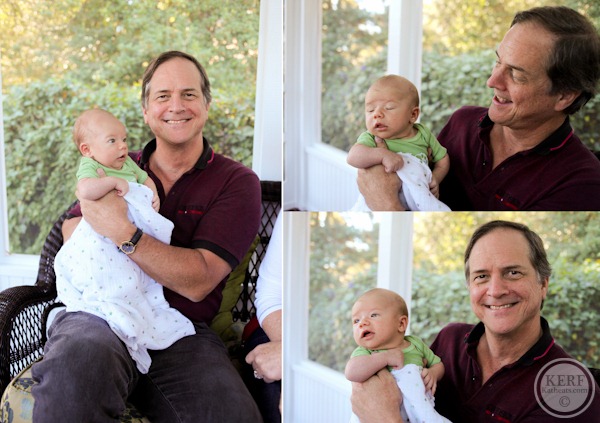 When it got chilly, I brought out another layer. Check out this hilarious mohawk jacket Stacy, Nate and Drake got us! 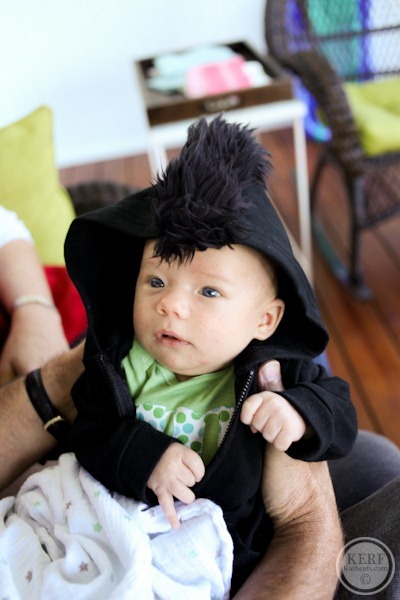 I wonder what Maze was thinking… 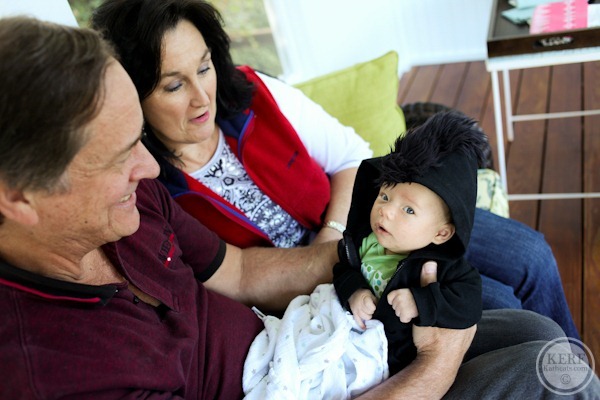 After some debate, we decided to try to go out to dinner. The ticket in a restaurant was wearing M in his carrier. He slept the whole time – whew!! 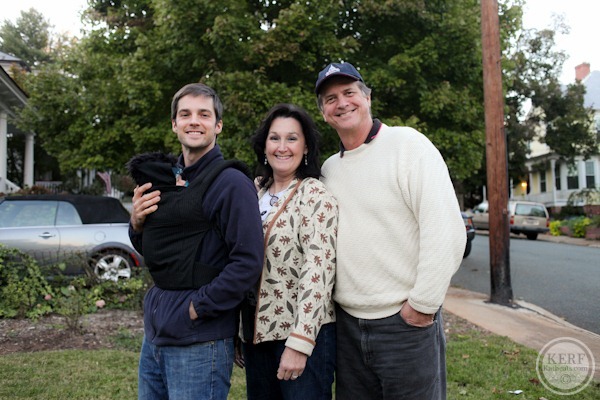 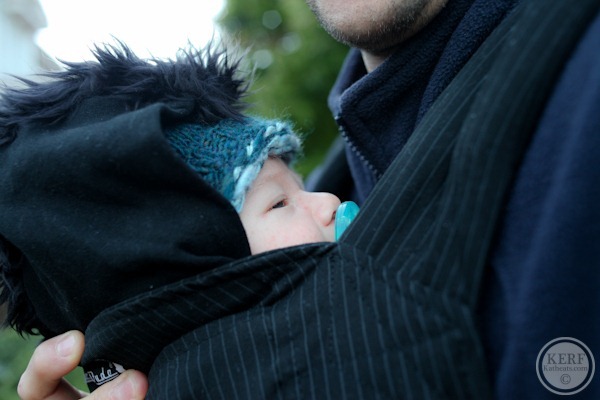 So refreshing to walk in the fall – check out my layers! 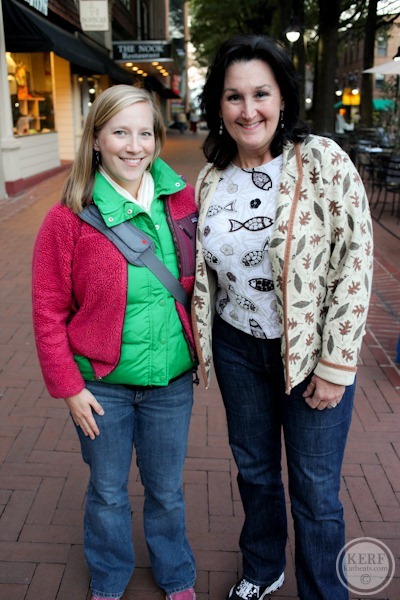 Our destination was Citizen Burger Bar, the kind of vibrant atmosphere where if a baby cried no one would be too disturbed. In fact, there were two other babies crying while we were there!

We had a lovely meal – a delicious [grass-fed/local!] burger with bleu cheese and pickles 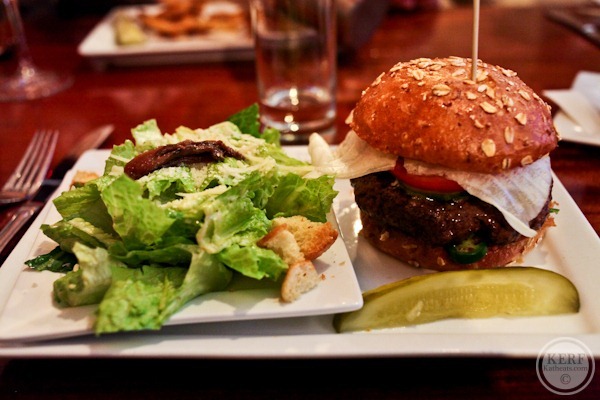 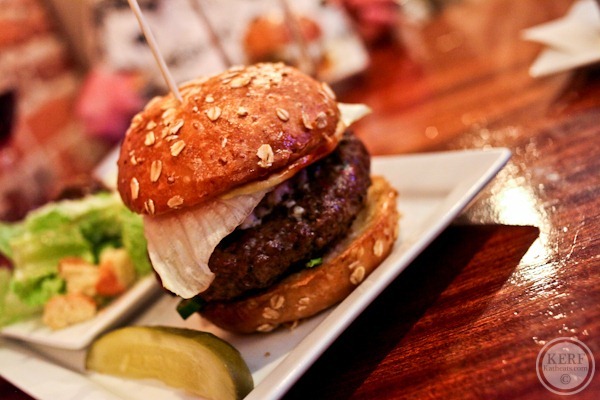 With a Caesar salad on the side 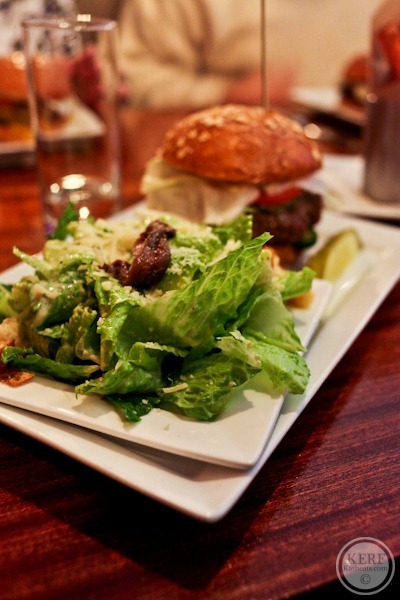 And an order of sweet potato fries to share – SO good! 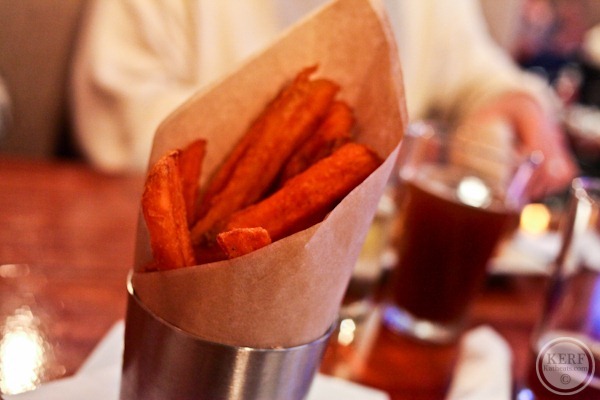 And we ended the night with some Splendora’s – butterscotch and coconut for me. Amazing combo! 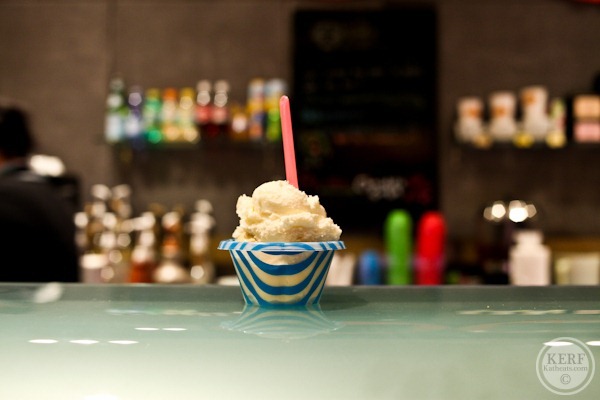