You are here: Home / Lifestyle / The Show Must Go On 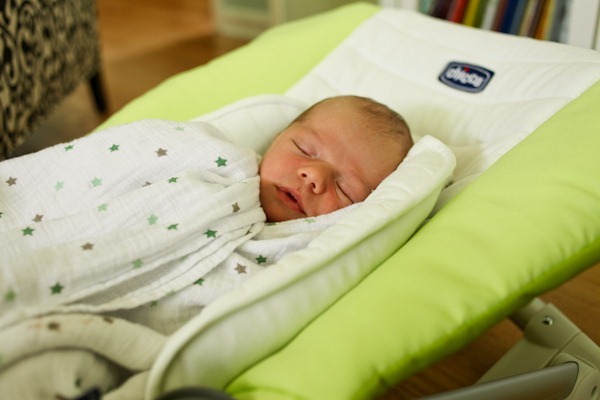 Thursday Matt was able to take the day off of work, which made everything more exciting. He has had to work a lot of actual shifts these past two weeks because my due date coincided with back to college month and we haven’t been able to hire anyone new yet (so if you’re local and looking for a job…!) Owning a business has been 90% awesome (flexibility!) but 10% of the time (like when he had to get up at 5 to work the farmer’s market after [not] sleeping with a newborn) it’s less desirable. But tons of people have really short paternity/maternity leaves, so we’ve been overall very lucky he’s been home as much as he has!

I think they are starting to look alike! 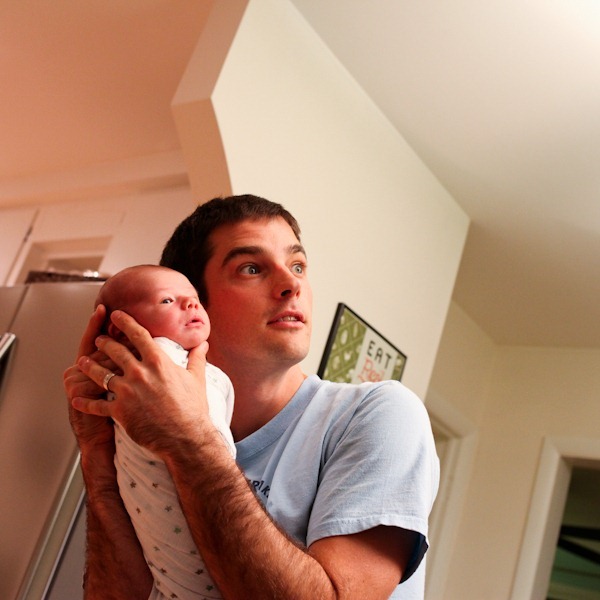 While I fed Maze breakfast, Matt made us French toast! I don’t know why I’ve been craving it so much lately. 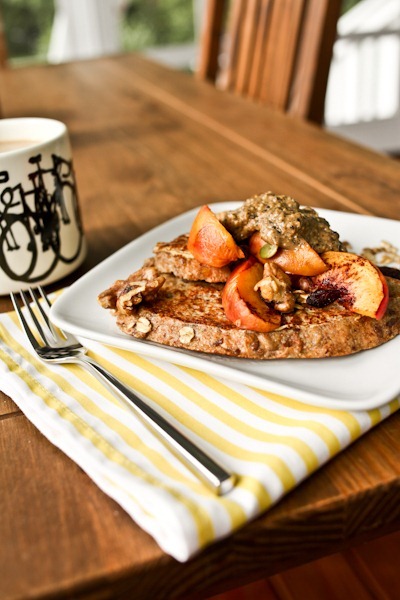 Two slices of Cville Crunch bread, dunked in egg and then pan-seared in a medium-low skillet until cooked. Topped with cooked peaches (just put them in the pan next door) and Chia Charger Buffalo Dirt – an interesting new nut butter with a touch of espresso! 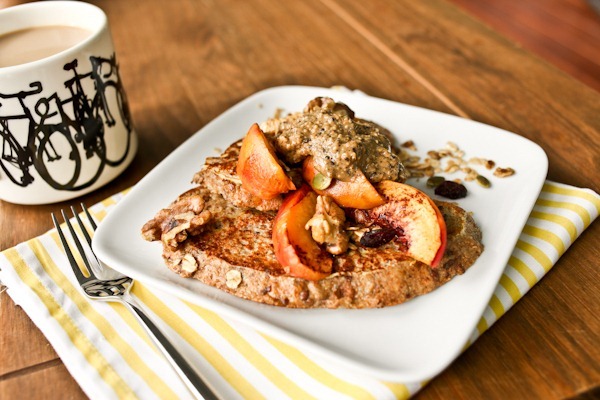 Café au lait for me (OMG I CAN RIDE A BIKE AGAIN! Must do that soon!) 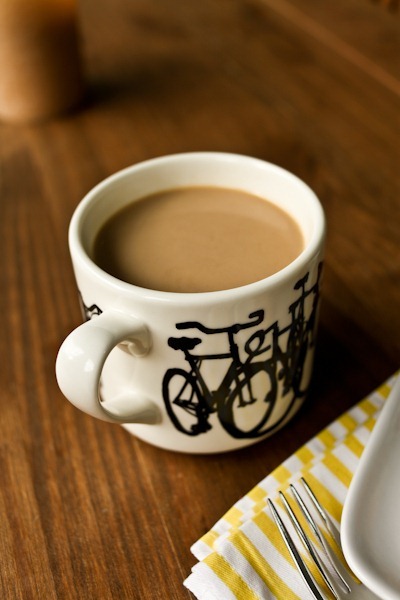 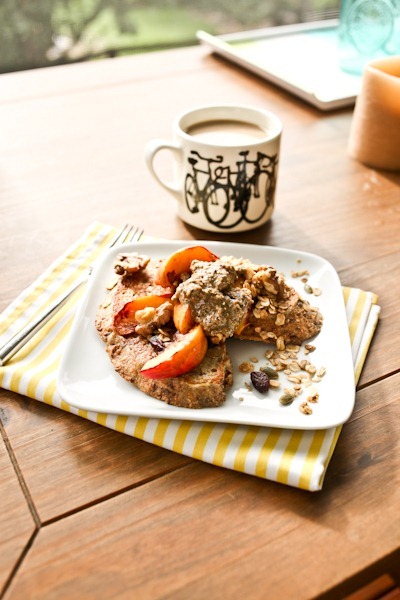 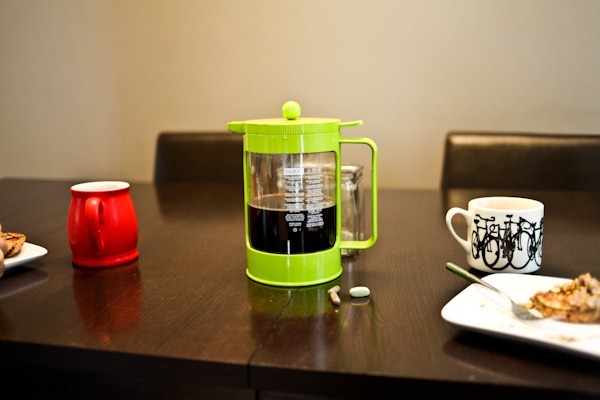 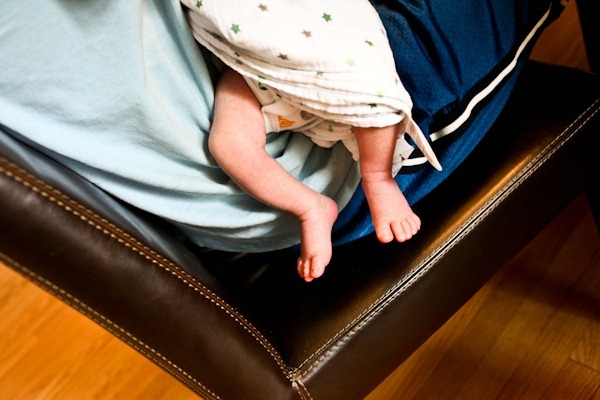 I had to scurry to get ready because I headed over to the lactation consultant’s house. 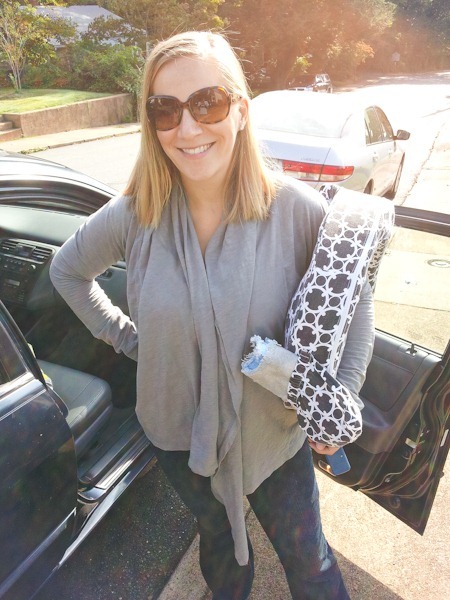 Of COURSE Maze latched perfectly in her presence. I felt a little silly for even going! She helped me with the football hold (I had been doing it wrong, hence the reason I didn’t like it) and side lying and we’ve done both of those since successfully. Breastfeeding is going about 85% well now. If my nipples would just get a little less sore, we’d be in the 90%s! Sometimes it’s awesome and pain-free and other times it still really hurts even after readjusting the latch 5 times. I can’t pinpoint why it varies so much. 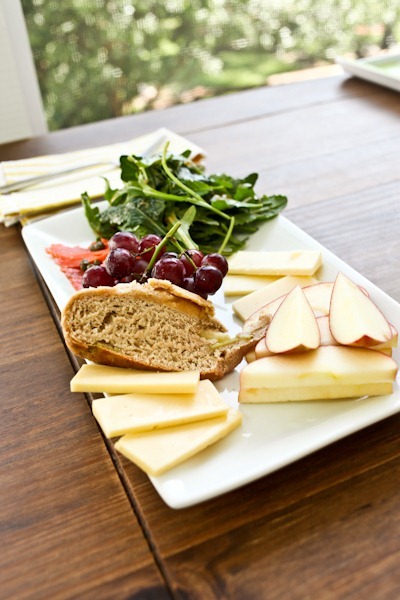 Snack plate with smoked salmon and side salads 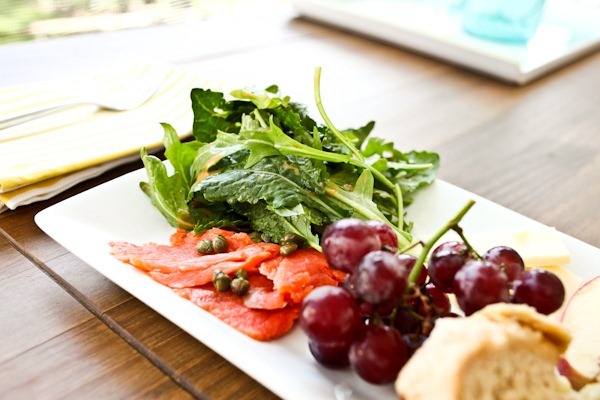 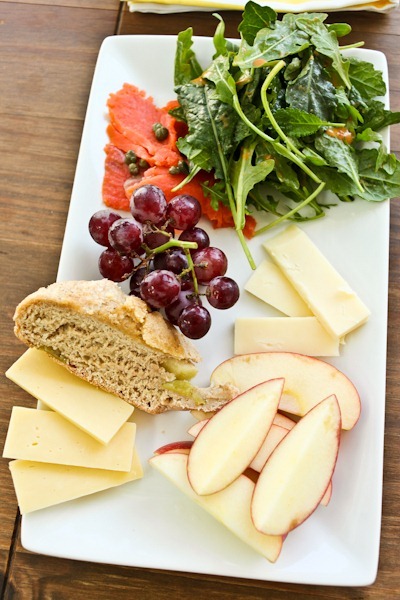 And a little hunk of our newest bread: Apple Scrapple!! 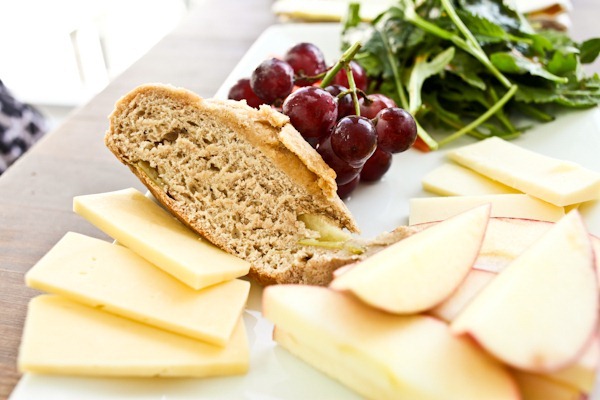 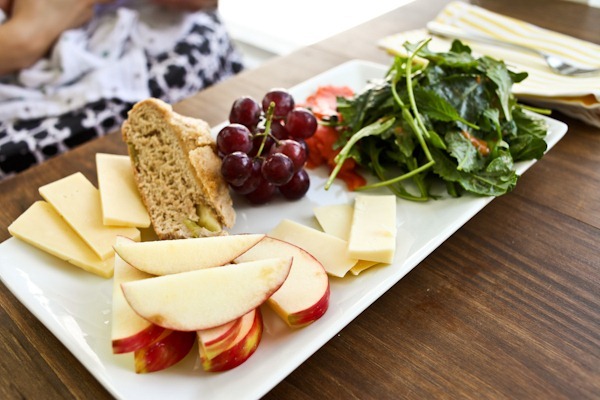 After lunch we all headed to the radio station for a little commercial recording!! Baby says: “Come in for a hot slice of whole grain bread Cville!” 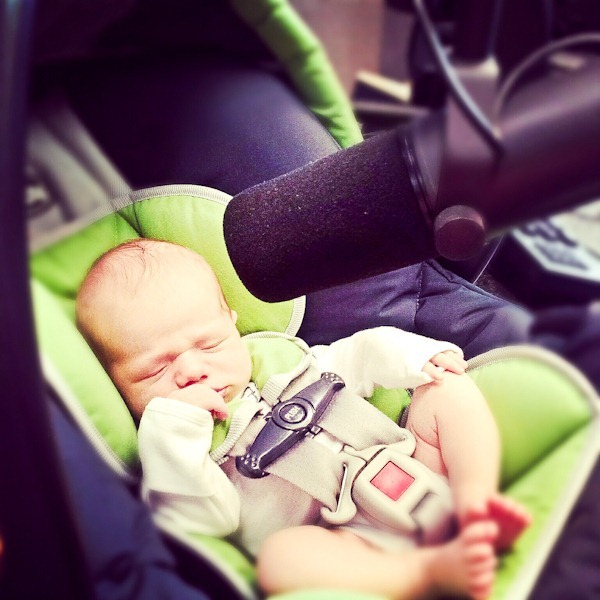 Then we crashed for family nap hour : ) 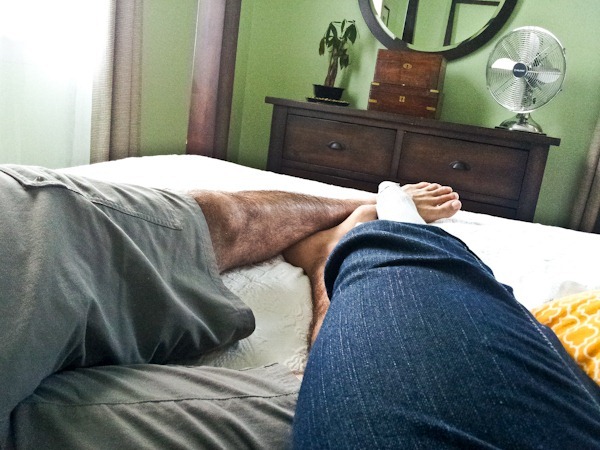 Then afternoon snack hour. He looks like such a little boy here!! 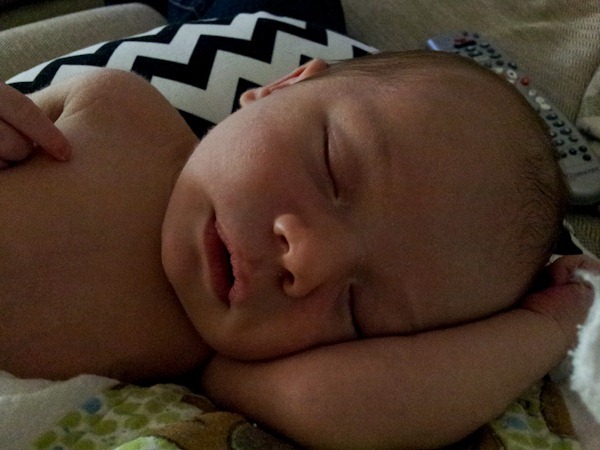 Then it was cocktail hour! Had a cold one from a bottle: 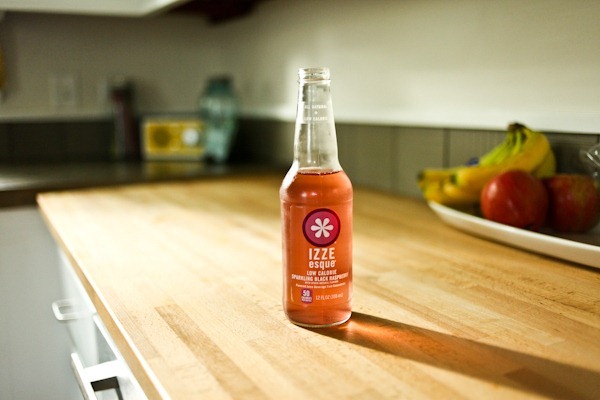 Maze wants everyone to know that in Baby Language sticking your tongue out means you love something! 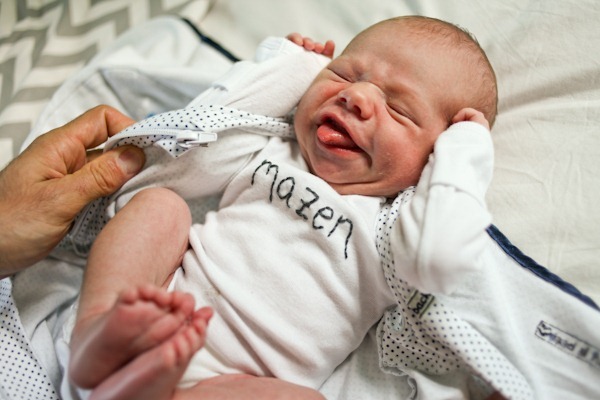 He loves his Mazen onesie Rachel : ) 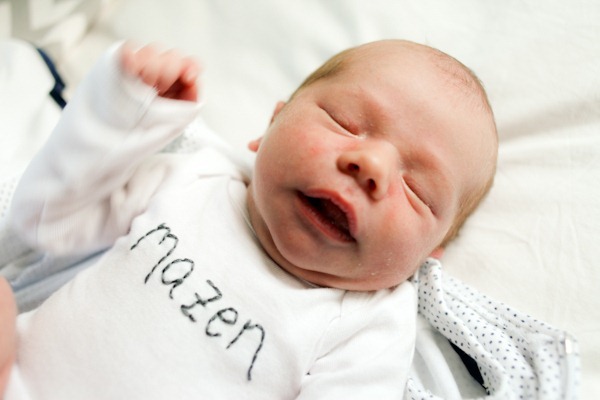 Dinner was brought over to us by our good friends Meredith and Garrick!! 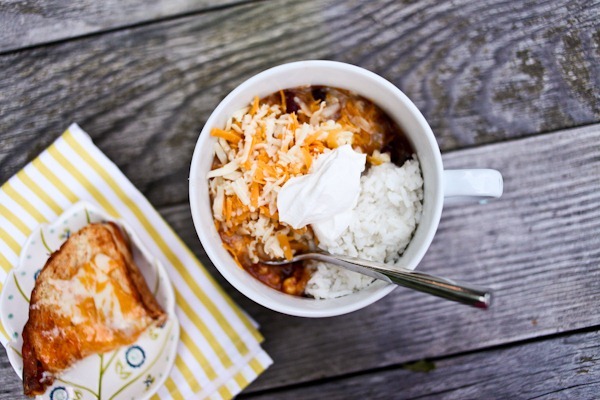 They brought their fabulous fiesta chili, which was one of the best I’ve ever had! Must hunt down this recipe as well : ) Hope it’s not a family secret! 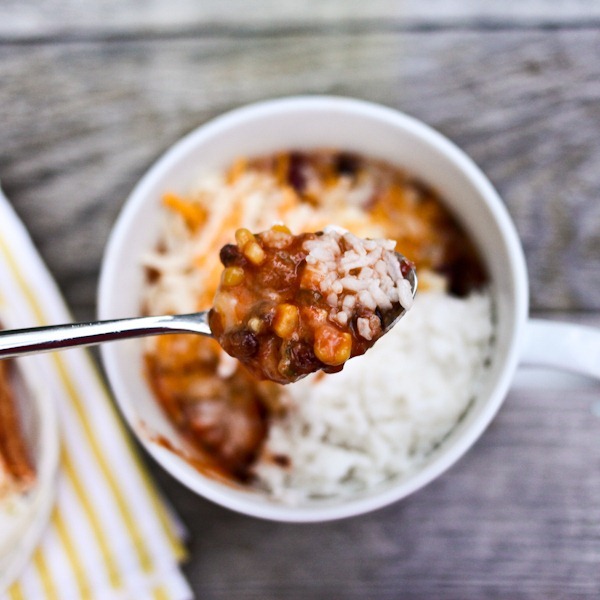 Served with rice and TONS of cheese! 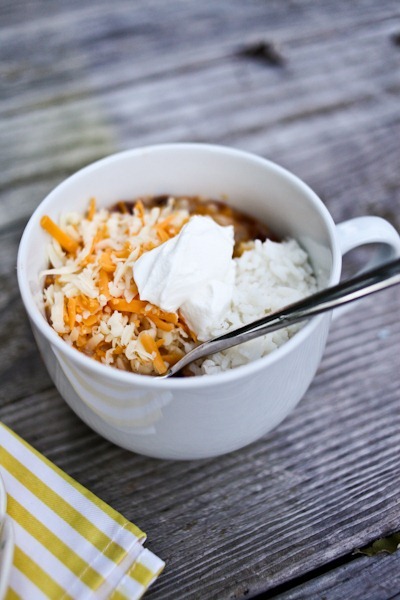 Couldn’t resist a taste of cheddar garlic on the side. Cheese overload! 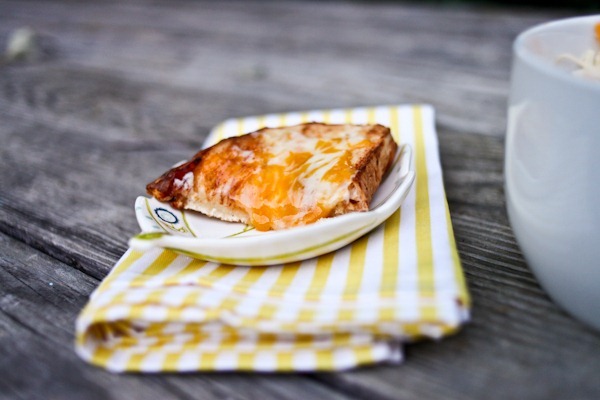 Thanks for the delicious dinner guys! 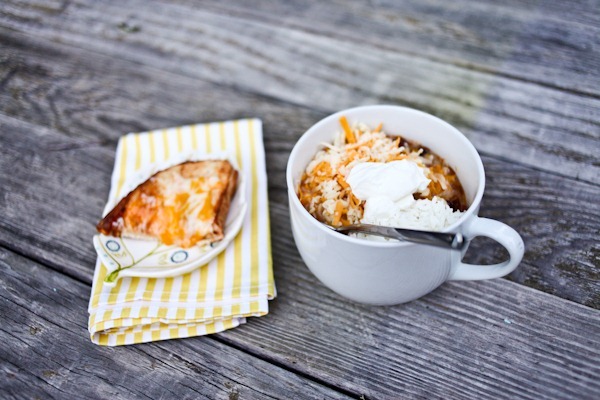 It’s so weird going to bed right after we finish dinner, but last night it was a good choice. I fed Maze and then he slept for 2.5 hours with Matt so I started the night feeling very well rested! (Aside from the giant spider that scurried across the bathroom floor at bedtime….acckkk!) 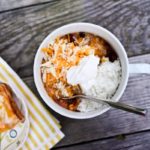