You are here: Home / Lifestyle / The Run Around

Ahoy there! Anna is here!! I just picked her up from the airport and we’re playing about the house. I’m sleepy though, so we’ll have to play at 5:30 am tomorrow 🙂

I needed to squeeze in some more studying, so I decided to go running before practice today rather than after so I’d also have time for a shower at the YMCA down the street. I found this AWESOME park that I’ve never been to in Charlotte. It’s nestled in one of the fancier neighborhoods in town and not visible from the main streets. I thought it was tiny, but it was huge and beautiful with a big lake and a running path along a stream. I ran for about 35 minutes (~4 miles), and I actually got lost in the neighborhood on the edge and thought I was going to be late for practice!

Girls on the Run practice went great today. They did a practice 5K and did so well!! I had Gatorade and bananas to pass out afterwards. I ran/walked about 2 more miles with them. After practice I headed for the Y and took a steaming hot shower.

I packed a generous snack to have as a mini dinner at 5:00 since I had soup waiting for me at home for after class (which I knew would get out earlier than normal tonight). 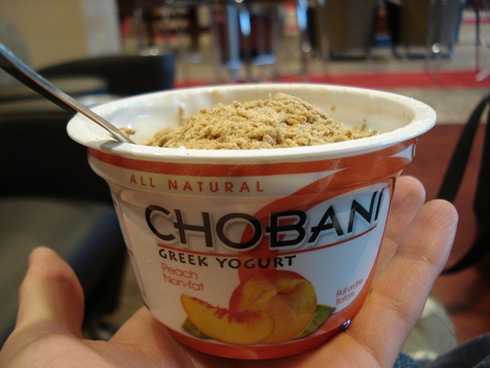 Plus I ate the leftover veggies and goat cheese dip from last night. They were so filling and made such a great snack. They were all organic and I swear they had more flavor than what I’m used to, but maybe it was just psychological and/or freshness. 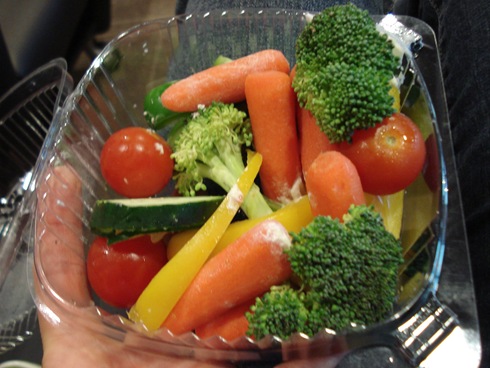 Lastly, I packed some Bone Suckin’ Sauce to dip the veggies in after the goat cheese dip was gone. 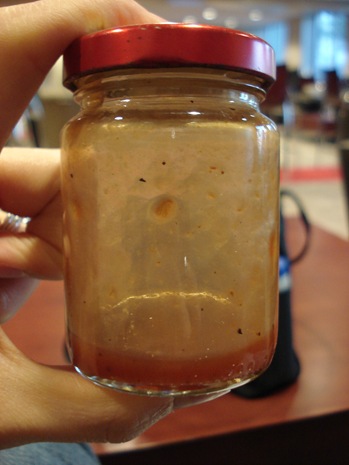 After lab, which lasted about an hour, I came home to the fantastic bowl of black bean soup that the husband made!! It came from a mix that Alex and Lauren gave to me in Chicago. Here’s a link to the mix page: Frontier Soups: TX Black Bean. We obviously omitted the onion (although I think there was some dehydrated onion in the spice pack) and added a carrot, a can of diced tomatoes, garlic, homemade chicken stock and a few extra seasonings like cumin. Topped with a little Cholula and greek yogurt – SO GOOD! 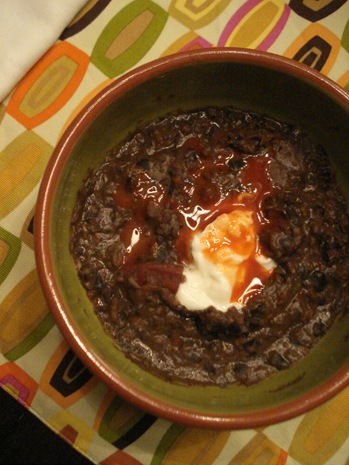 On the side I had the remainder of a box of Kashis and the end piece of some Honey Wheat bread. 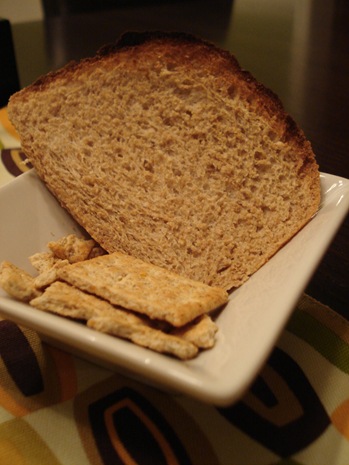 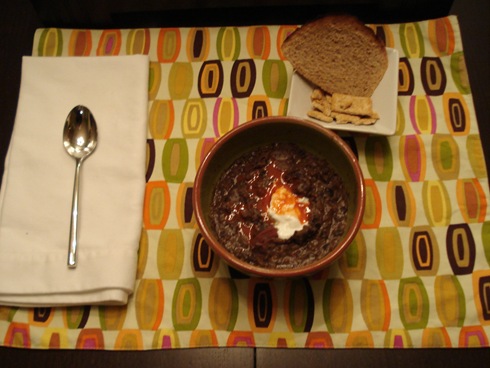 Off to bed! Tomorrow I don’t have my morning class, I am skipping my afternoon class to avoid having to drive down to Winthrop (I asked my prof and she said it was OK because I haven’t missed any classes yet!) and then I have my Micro test in the evening. I hope to spend the day with Anna and hopefully the husband, who is working 60 hours this week! I feel like we haven’t spent much time together lately. Better plan to cram it in when we can.