You are here: Home / Lifestyle / The Ledge Of Glory 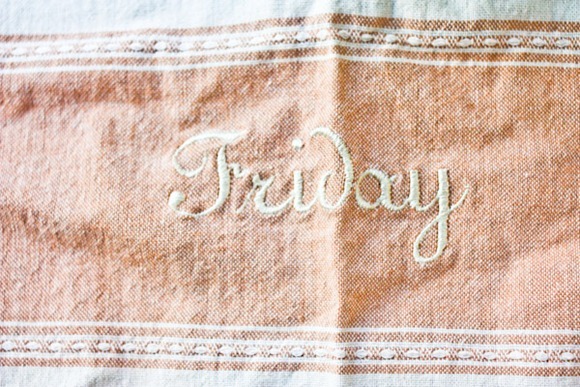 It’s Friday and pancakes were on the menu! I have never been a huge fan of pancakes (I much prefer things in bowls that are mushy like oats, cereal, yogurt mixes) but lately, pancakes have been TRUMPING them all!!!! 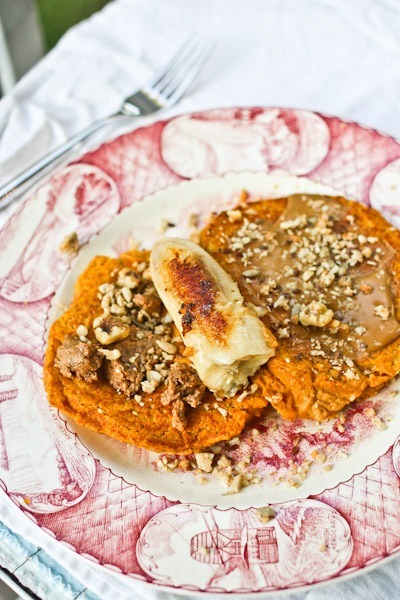 Especially pumpkin pancakes. Pumpkin doesn’t really alter the flavor all that much, but the texture!!! Oh my, it’s kind of like gnocchi texture – really gooey and soft like pillows. Obsessed! 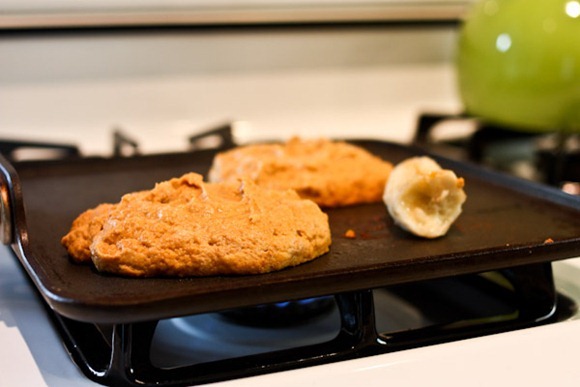 Of course kodiak cakes make pancake making just as easy as oatmeal making. Just add water, add pumpkin, sit for 3 minutes and sear. I would not be into pancakes if they involved cracking eggs and sifting flour nearly as much. 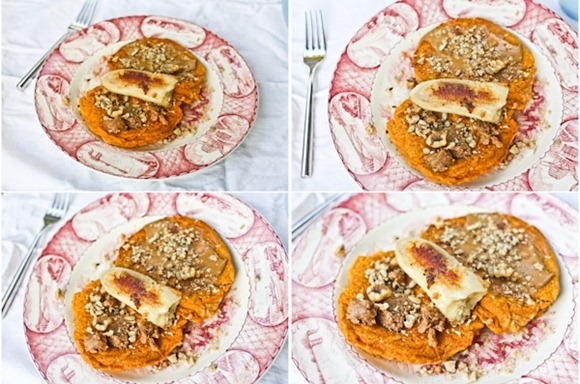 Toppings included a pan-seared caramelized banana (just put in pan and watch the browning magic) along with some biscoff spread (note how it melts) and Naturally Nutty Vanilla Almond Butter (note how it does not melt!). A little Cluster for garnish. 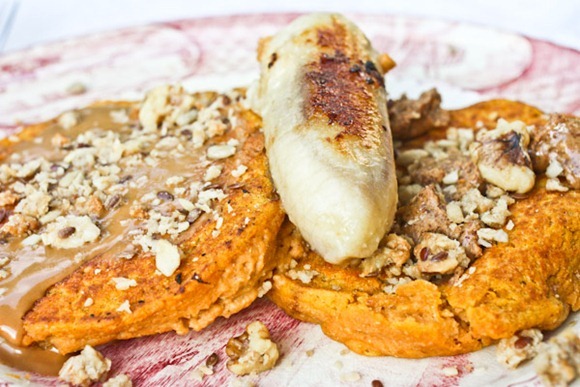 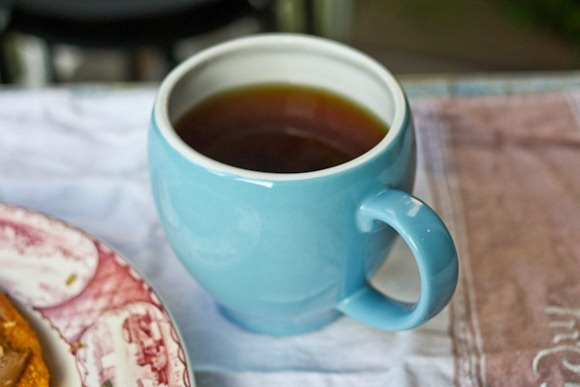 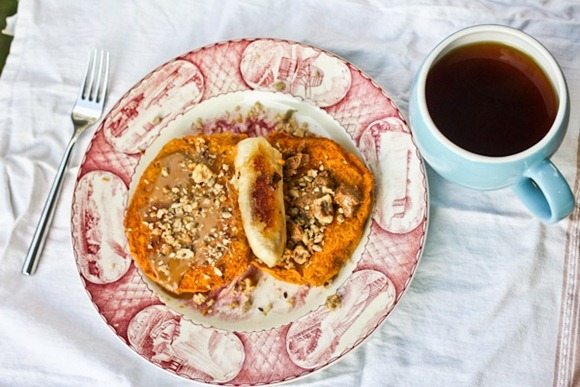 The plate underneath is one from my grandmother’s collection (she moved out of her house of many decades a few  years ago and that’s why I inherited so many of her things you see on KERF all the time). It’s Niagara Falls – in honor of Caitlin’s recent trip! 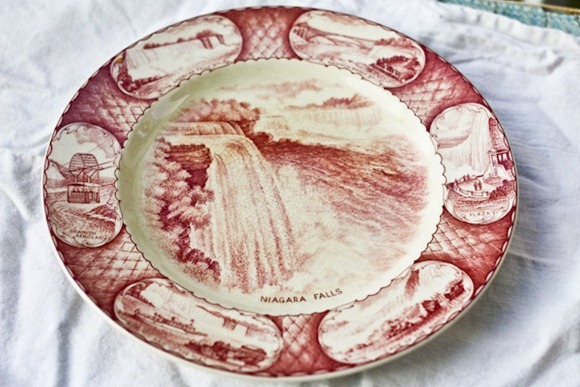 Which brings me to a little house update. The dining room ledge of glory is complete! 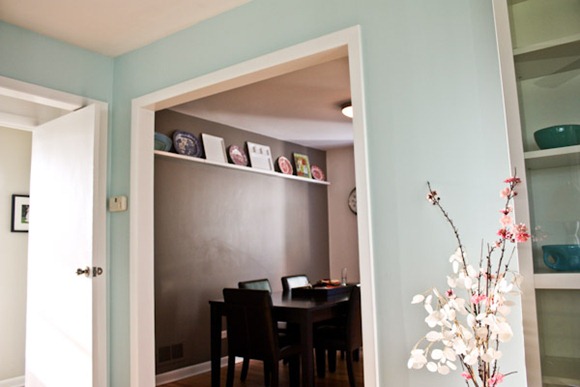 We hung three Ribba shelves from IKEA – about $14 each! I was going to have a carpenter build a shelf in here in time. No idea how much that would have cost, but probably more than $45. I was really pleased when I found the exact style of shelf I would have had custom made. 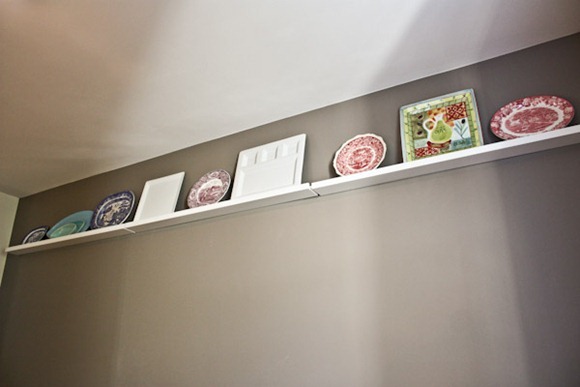 We had quite the trouble getting it up there evenly. There was once a 3-inch gap between the middle and right shelves. We had to pull out anchors and re-do. And because the wall is somewhat curved, it’s STILL not perfect. I’m one of those OCD types where an uneven shelf width is going to drive me crazy, but whatddya gonna do!? We tried out best. Must live with the imperfection. At least they are level!!

On top you’ll find several of my grandmother’s plates and a few of our entertaining platters. I think I need another big square one to replace those blue ovals. The balance is off! 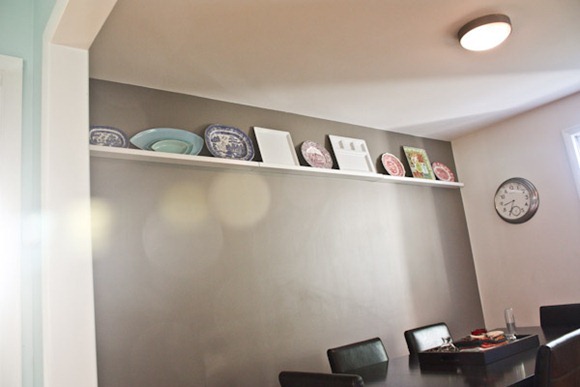 I moved some of my bowls into the new Billy bookcases. 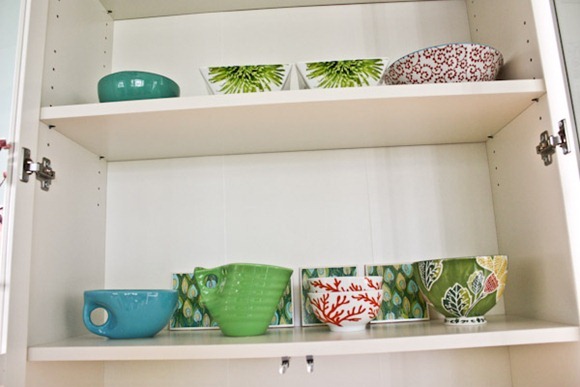 Still need to get lots of other things in there! Books, for one, but they will be a pain to move so I’ve been putting it off. And maybe a row of pitchers? 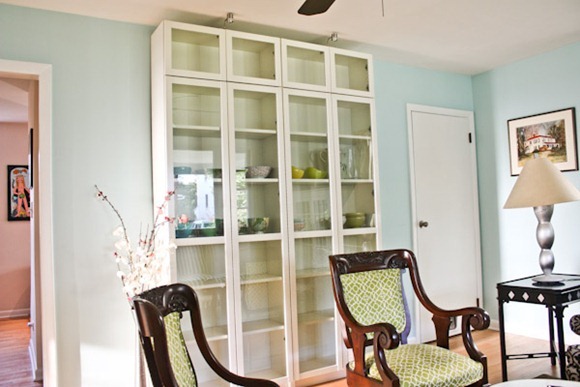 Have a great Friday!