You are here: Home / Weekend / The Incredible Shrinking Lunch!

“Eat what you crave” doesn’t apply if you don’t know what you’re craving! 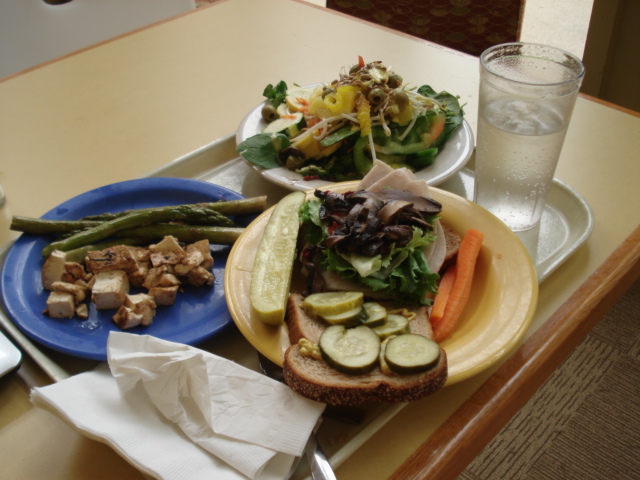 I was so indecisive at lunch today! My lunch got bigger and bigger, and then smaller and smaller. I feel a little guilty about wasting the food, so next time I’m going to have to plan better.

I thought I wanted a sandwich, so I got one: two slices of Sara Lee 100% Wheat Bread (I really like this bread!) with 2 slices of turkey, lettuce, grilled portabella mushrooms from the grill, pickels, mustard, 2 carrots and a HUGE pickle spear. 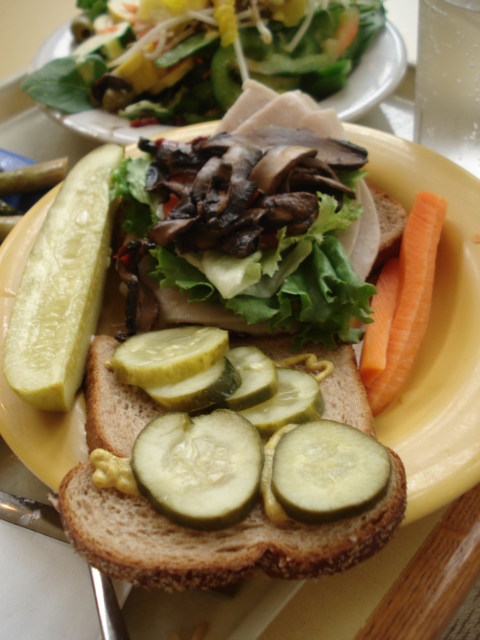 I cut the sandwich in half and at the end of the first half I decided it really wasn’t that appealing. I think the mushrooms were cooked with onions or something. So I only ate one half. But I ate all of the pickle!

After I chose my sandwich, I saw they had put out fresh grilled tofu and asparagus – two of my favorites! I asked for a taste of the tofu to put on my salad since I already had turkey, but of course they gave me a lot. I took a few bites of the tofu, but it also had a gross onion flavor and was rather bland otherwise, so I didn’t really eat it. I had 2 of the asparagus spears but they were drenched in oil. 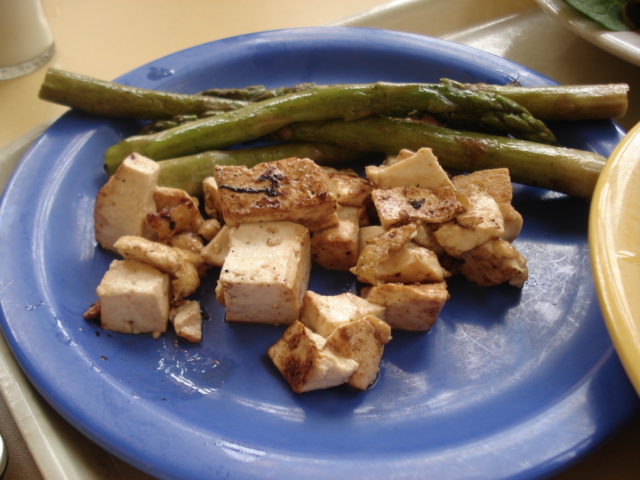 I also assembled a salad. If there’s one thing Winthrop does well, it’s raw veggies 😉 I love salads and ate every bite 🙂

The base is zucchini, squash, romaine, spinach, broccoli, carrots, bean sprouts, snow peas, banana peppers, bell peppers,1 tbsp olives, 1/4 cup pineapple and 1/2 a tbsp sunflower seeds. Plus honey mustard. I know the honey mustard was probably one of those horrible high cal kinds, but it’s the only kind I like and I have to have some soft toppings (hummus, cottage cheese) to skip dressing algoether. I only had about a rounded tsp of the dressing though. 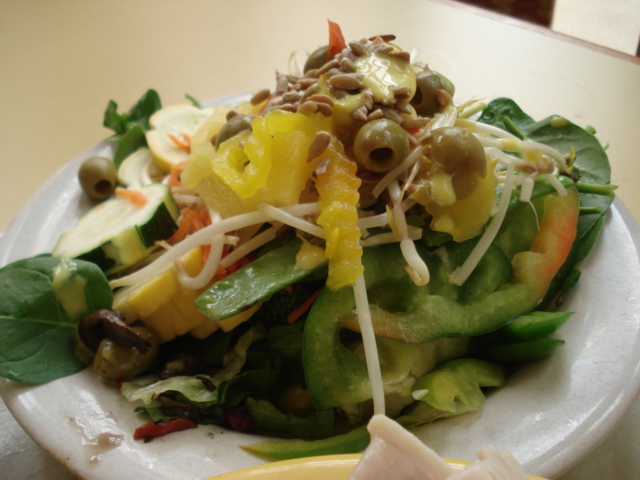 So when I was finished, I’d had a big veggie salad, half a sandwich, a pickle and a little bit of tofu. I needed something more – so I went up for some iced milk with a tbsp of really yummy Cascadian Farm granola and a blob of strawberry yogurt. It was the best part of lunch!! And I got in my dairy 🙂 I factor the iced milk to be about the same nutritionally as gelato – around 100 kcal per half cup. This was about 1/4-1/3 a cup. 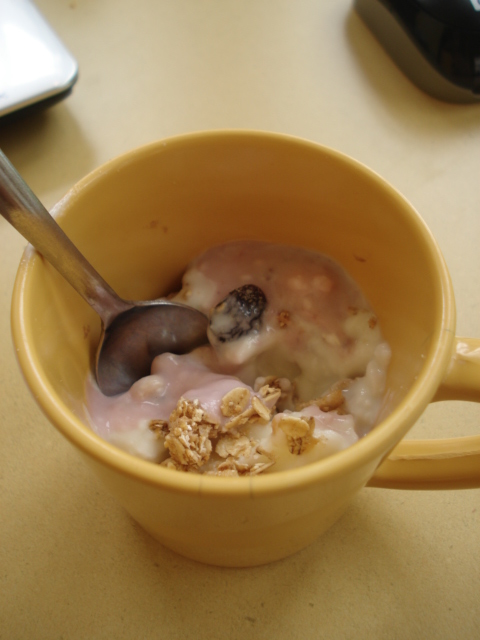 Chem exam went well! Chem lab skills exam went as well as it could have 👿 I think I pulled of an A in lab, but hard to tell. Depends how he grades it!

I’m home for an hour to get stuff done and then I’m headed Uptown. See you guys for a recap of LuLu!