You are here: Home / Lifestyle / The Green That Keeps On Greening

My leg is feeling 95% back to normal! Yay. Still not going to attempt running for a while. But felt good enough to do some light cardio. Just nothing that hyperextended it. And I kept my resistance lighter than usual to lighten up my legs.

I came home and biked on a glorious spring day to the gym and back, spending 26 minutes on the ET while there. I wanted to come back home to Matt ASAP! Leg felt great. HOPEFULLY this injury is on it’s way out!

Girl with the green earrings

I came home from work to find a present on the table!! Matt got me a funky pair of earrings. Just because 🙂 [Actually I have come to the conclusion that it was because of an excellent shoulder massage I gave him 2 nights ago 🙂 ] 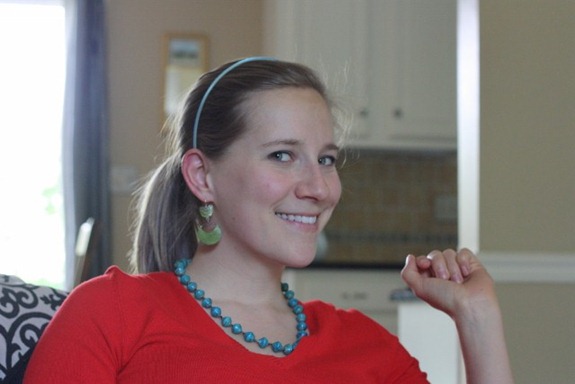 Matt also gets ALL the credit for tonight’s dinner!! I told him we had the following on hand and to make a pasta dish or something to pull it together: 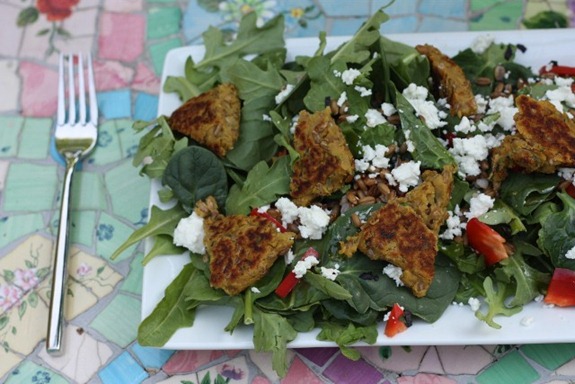 Ever turned soup into a burger!? 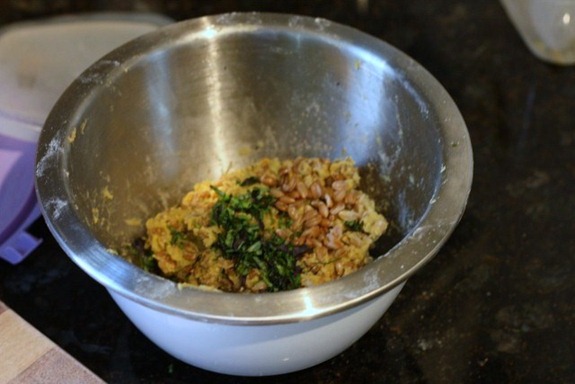 Formed into two patties and seared over medium-low heat. They were creamy on the inside and a bit hard to flip, but they worked! 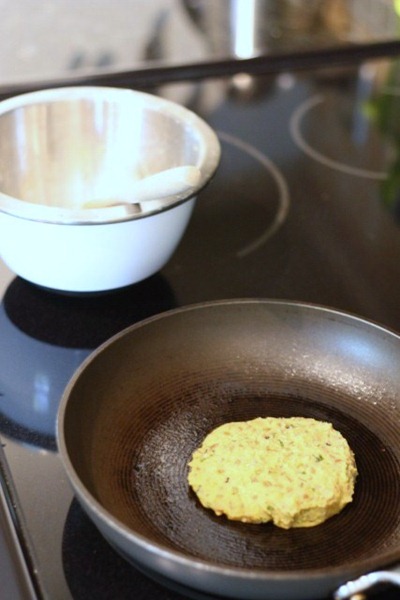 He ate his like a burger, but since I’d already had a burger bun today, I made mine into a salad. [In fact, he’d already assembled a side salad for me – I just added more spinach and the patty!] 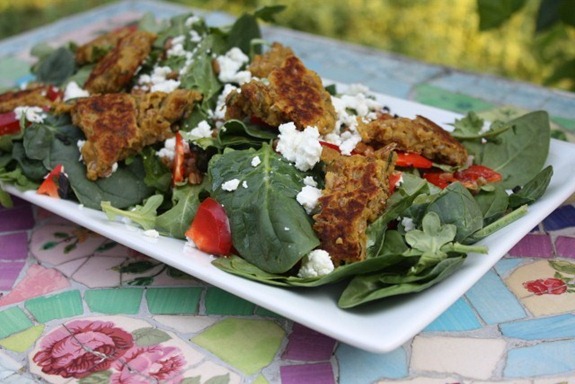 Salad ingredients included goat cheese, red pepper, more wheatberries, arugula + spinach and a drizzle of olive oil and agave (yes, I’ve read the news on agave being “sooo bad” for you and I’ll continue to use it sparingly like I always have. Sugar is sugar! I’d use brown sugar, honey, maple or cane sugar the same way) 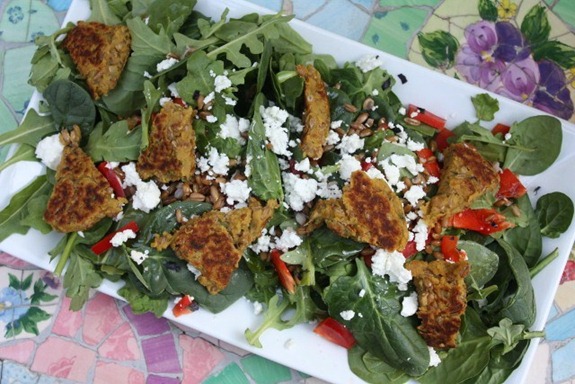 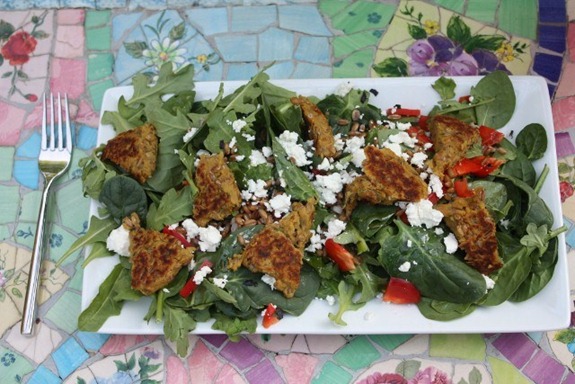 My Beerverage (as Matt says) was POM + water + ice + lime. For some reason I haven’t been digging water with my dinners. It’s too bland and washes out my food! 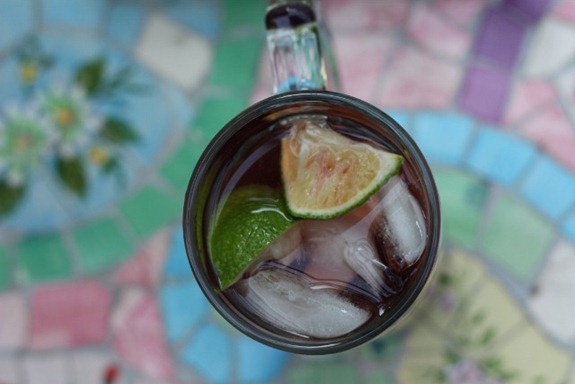 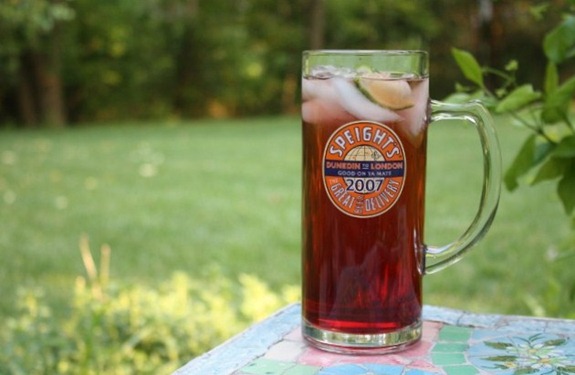 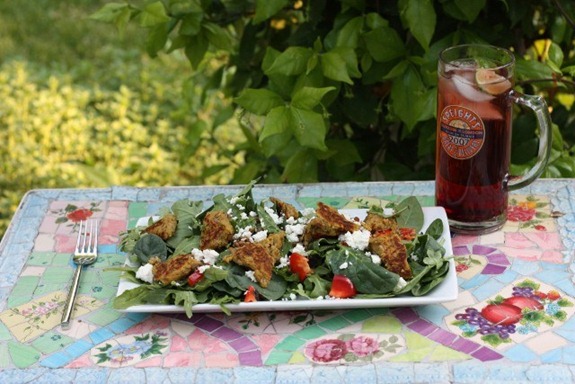 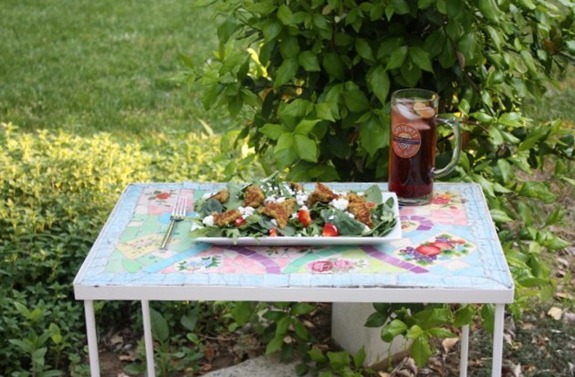 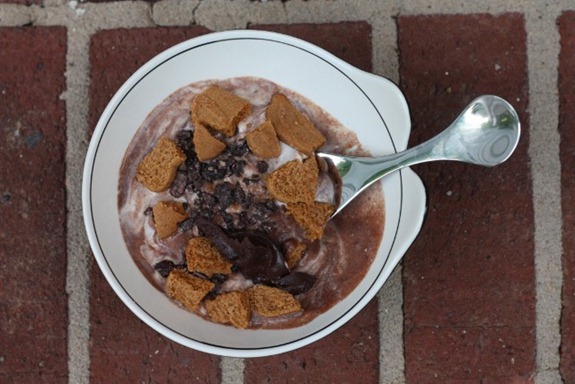 I’ve had this bowl for a few weeks now and kept forgetting to share it!! It’s by Sagaform and in OpenSky and totally rocks my blog world. 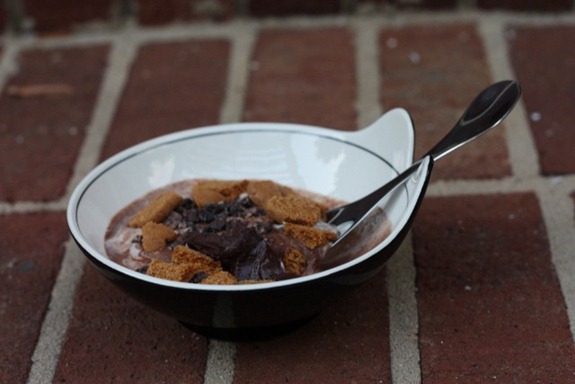 The spoon is the coolest! 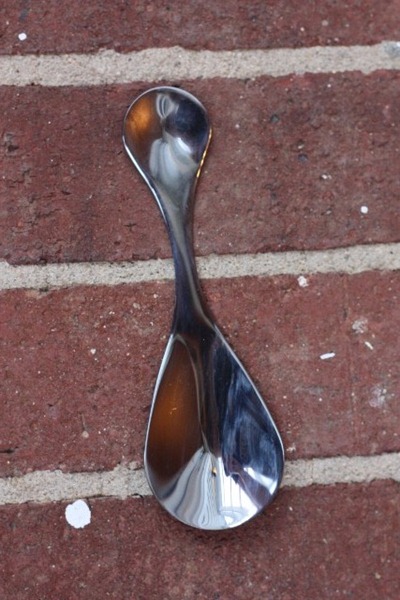 Off to read in bed. STILL reading The Last Song by Nicholas Sparks (I only read a chapter a night before I get sleepy or the clock strikes 9:30!). I’m really not impressed by the book at all. Kind of excited for it to be over so I can start one of the books Gena gave me from her FS&G!