You are here: Home / Lifestyle / The Best Of Both Worlds 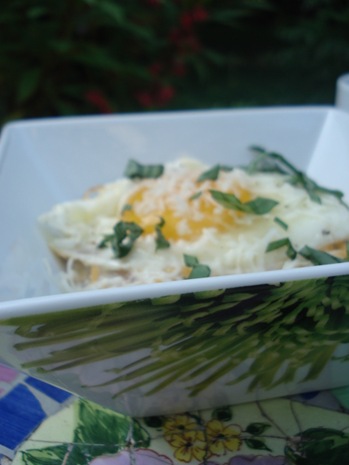 The brilliant Sami submitted a recipe for the oatmeal contest that I simply could not wait to try – Sunny Side Oats! In her entry Sami wrote that she was surprised that more people didn’t enjoy the combo of oats + egg together – she’s totally right. It’s the best of both worlds: filling, voluminous oats as whole grains with the stay power you get from eggs in protein and fat. I don’t really like eggs in the morning, but only because I always want a bowl of grains – combining them gives me both! While I’ve put egg whites in oatmeal before, I never thought of playing around with a yolk. The whites just disappear so it’s kind of pointless to add them, but I liked being able to eat the egg as an egg. This combo will definitely be going into my rotations! 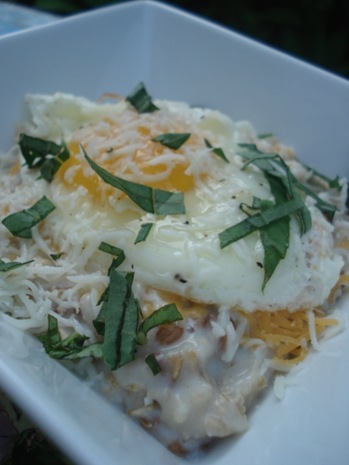 Sami’s recipe includes fresh basil and gruyere cheese. I used a little shredded cheddar + mozzarella under my egg. I also made a 1/2 cup portion of oats AND added wheatberries (because I was starving when I woke up) but I think it would be better with a 1/3 cup portion, as this bowl was almost over-the-top filling. 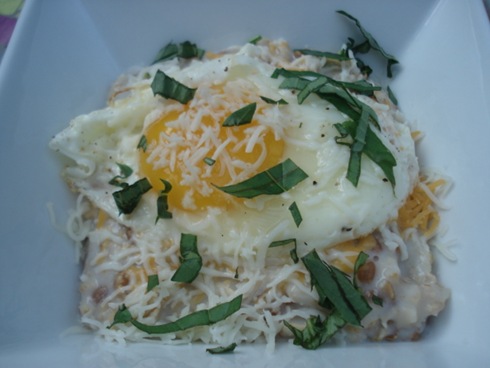 After poking the egg yolk and letting it run throughout – YUMMMMMMMMM! (Of course you could cook it completely too if you’re not a fan of yolk). 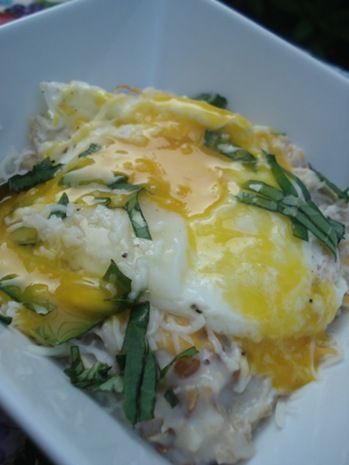 Plus tea made with skim milk – 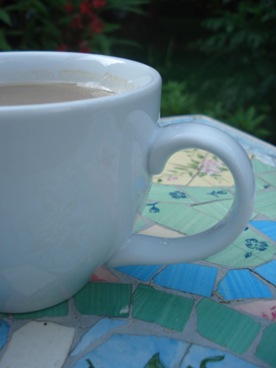 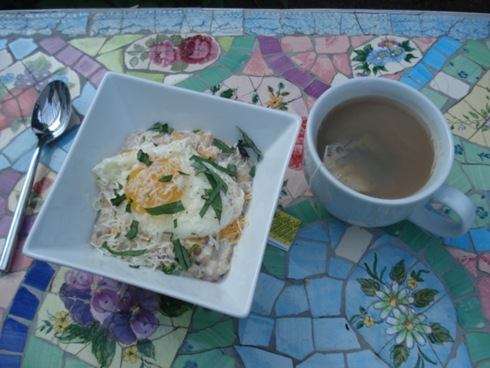 Thanks Sami for the idea!

Not sure what’s in store for my day – I have no formal plans. I think I’m going to sort through some of our bookshelves and take some stuff to GoodWill. And I’ll be hitting the gym at some point. Dinner’s up in the air too!