You are here: Home / Real Meals / That’s The Target

Look at how I caught him just resting on his little arm on my shoulder! Cutie boy. 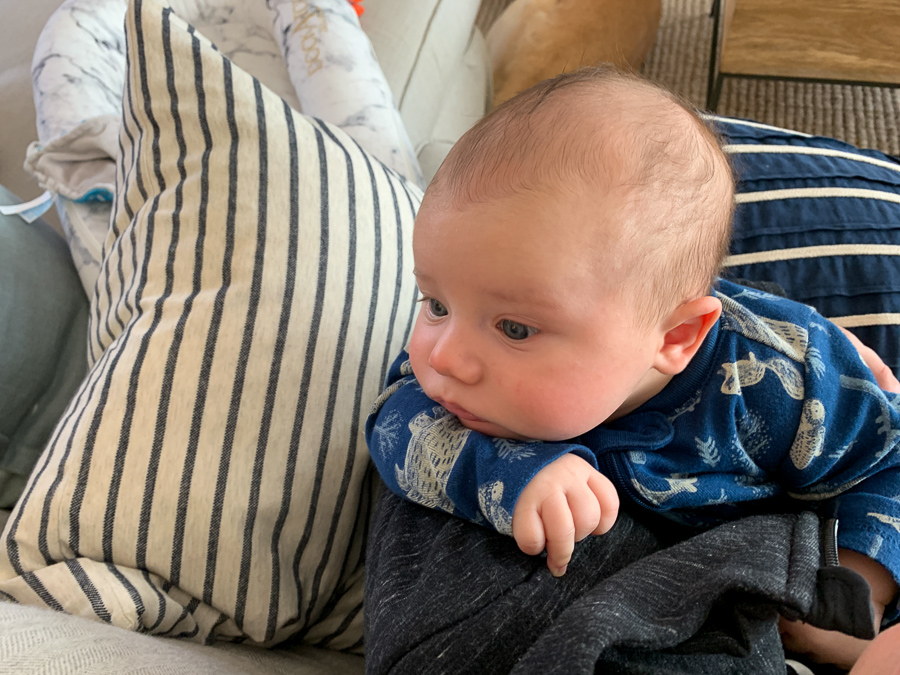 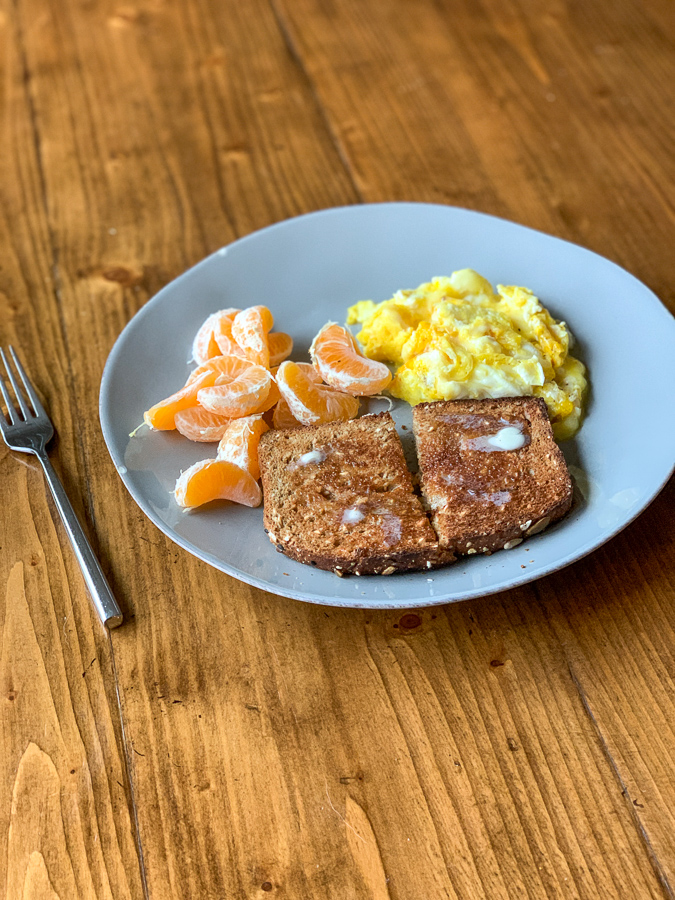 Lunch was quiche, power greens with Roots dressing and veggies, and Red Hot Blues on the side. 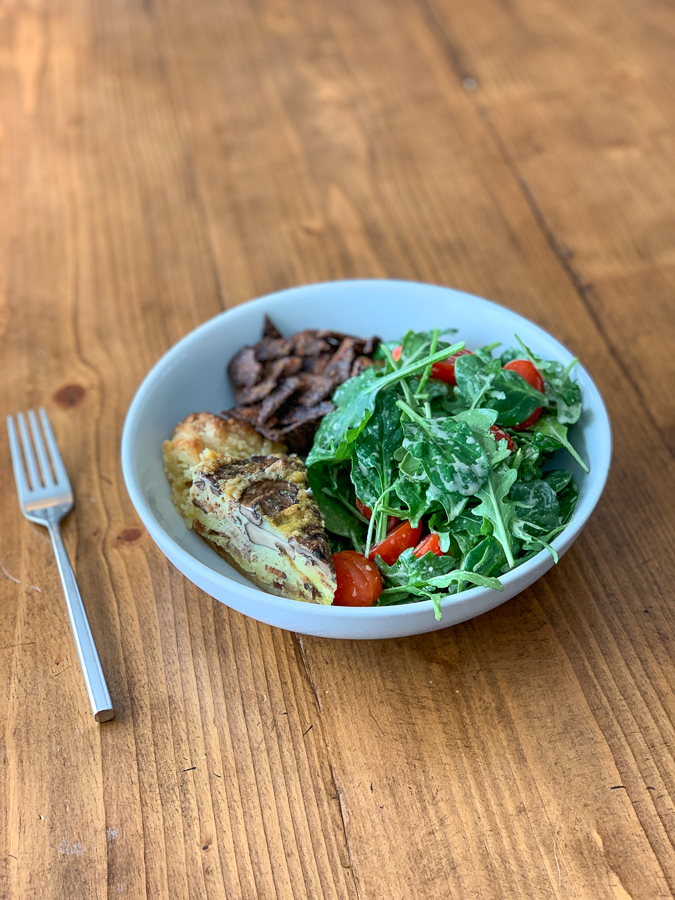 On Tuesday Mazen had a teacher workday so we headed up to Target for an activity. I made a list on a note pad of things we needed and told him we were doing a scavenger hunt! It only worked halfway, but was better than nothing. We had the world’s biggest cart. 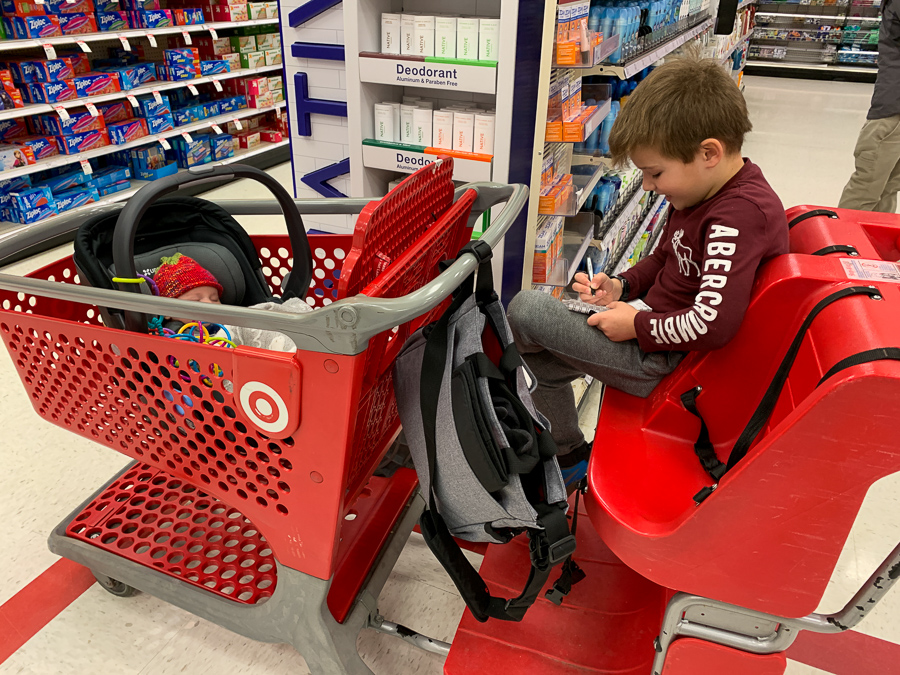 Birch arrived sleeping soundly in his car seat but ended up waking up and wanting to be held, so I was extra glad I had packed the Solly in our diaper bag. We got the essentials but I didn’t have much time to browse – which is a good thing because I don’t need anything! But the Magnolia and home decor section always calls out to me. They had so many cute things. I also saw the most beautiful water bottles, several candles I wanted, and some super cute baby clothes, none of which I bought. Sometimes I think the thought of bringing something home is almost as fun as doing it! 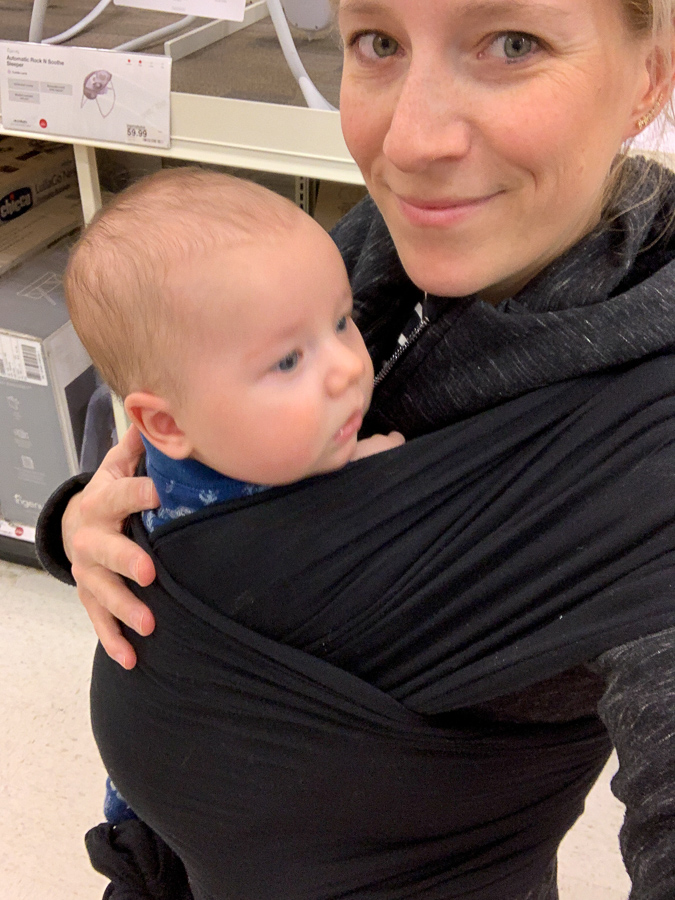 This was my first major outing with both kids (that I’m remembering at the moment) and it went quite well. B got hungry on our last 5 minutes of car ride home and I raced in the door to feed him. Otherwise it was a good trip. We actually bumped into both my OB and our pediatrician at the same time!

Later that afternoon I took both kids to ACAC. Thomas met us there, and we put Birch in Kids Zone for the first time! I decided I’m going to take him there on occasion when it’s slow. According to the manager, that’s around 12:30 – 2p and in the afternoons when they reopen after cleaning at 3:30. (So basically not when my favorite strength classes are or Saturday mornings 🙂 )

B fell asleep in a swing and appeared to have a grand time with the sweet staff there. I felt like a new woman after some sauna time and a hard, fast run! 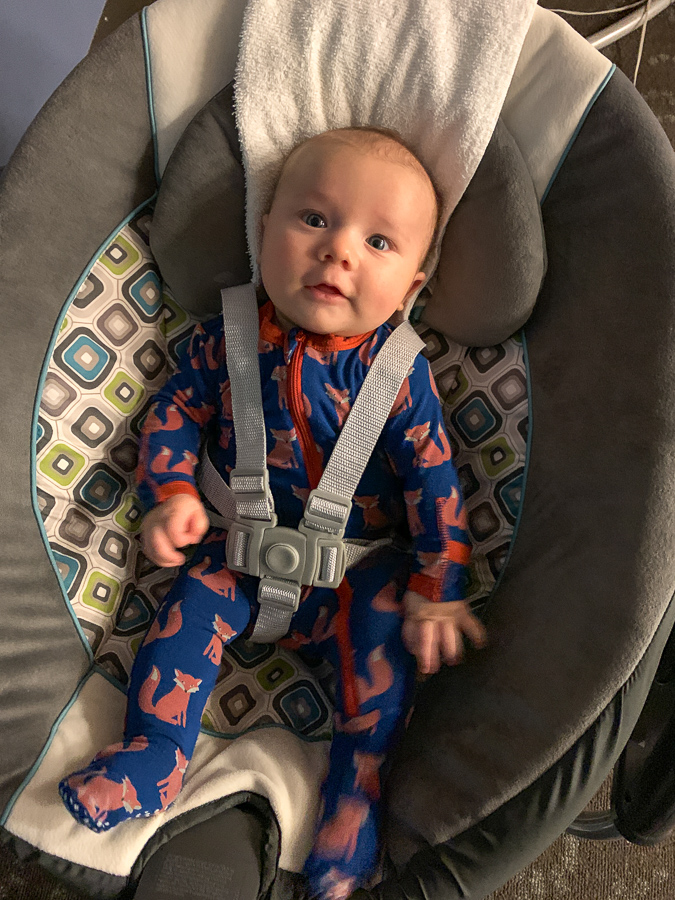 Mazen went to a class for older kids called Kid Fit! I really pumped it up to him and told him it was on the floor where mommy, daddy, and Thomas workout. I told him he would get to exercise like grown-ups and build his muscles. He was really excited and LOVED it! I sure hope he continues to want to go because it’s such a wonderful idea to keep kids healthy. According to Mazen, they did challenges with weights, raced around, and other “strong” things. He even wore his workout clothes and a headband! Have I told you guys how much I love ACAC and that this kind of stuff is included in the membership? 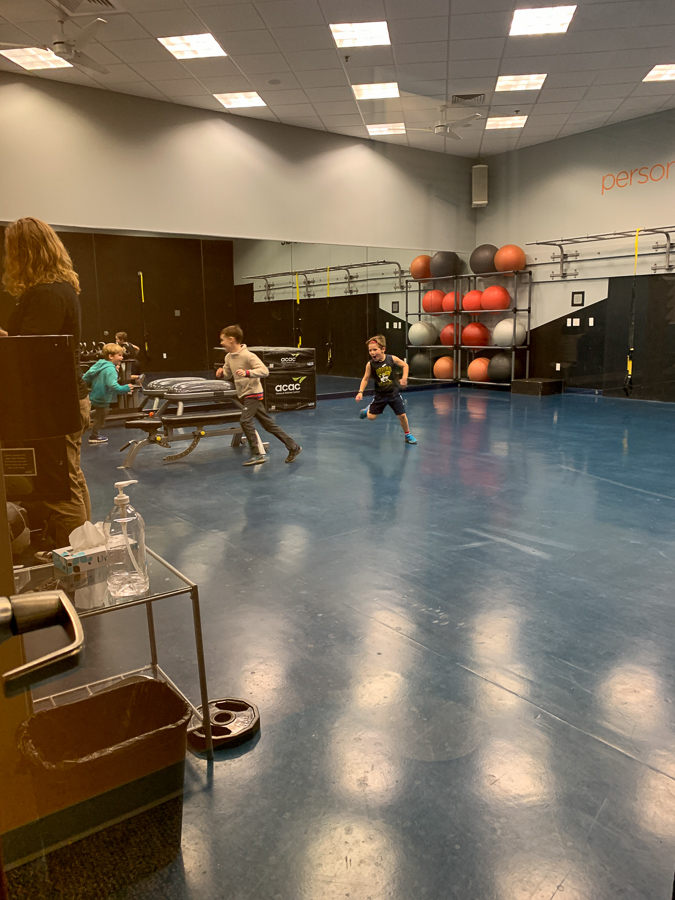 Meanwhile, I was doing an Aaptiv run on the treadmill. (Man, the Woodways are so much nicer than mine at home…!) I’m so glad so many of you have messaged me that you have been loving Aaptiv since I mentioned it!

I went to the gym on Monday evening and wanted to listen to a podcast, so I got a easy-to-medium workout. On Tuesday, I put on Aaptiv and was literally sprinting on the treadmills. Thanks to coach John, I got a killer run in. This was perhaps the hardest workout I’ve done with Aaptiv yet and I couldn’t even keep up with the speeds. (I’m not sure my short legs will ever be able to handle 8.0!)

After my run, I put on a 9-minute guided bodyweight 80s strength session and loved how quick and efficient it was. It actually seemed a bit easy so I added weights for some of the moves! There is no way I would have pushed myself as hard without the help of these coaches in my ear.

Back at home, we furiously unpacked the Target haul, all took showers/baths, and got dinner on the table. On the menu: Plenty Garlic Shrimp with lemony herb orzo (my fav!) and rainbow roasted veggies. (Sour cream for garnish.) On nights like these it’s been so great to have dinner ready in a flash. 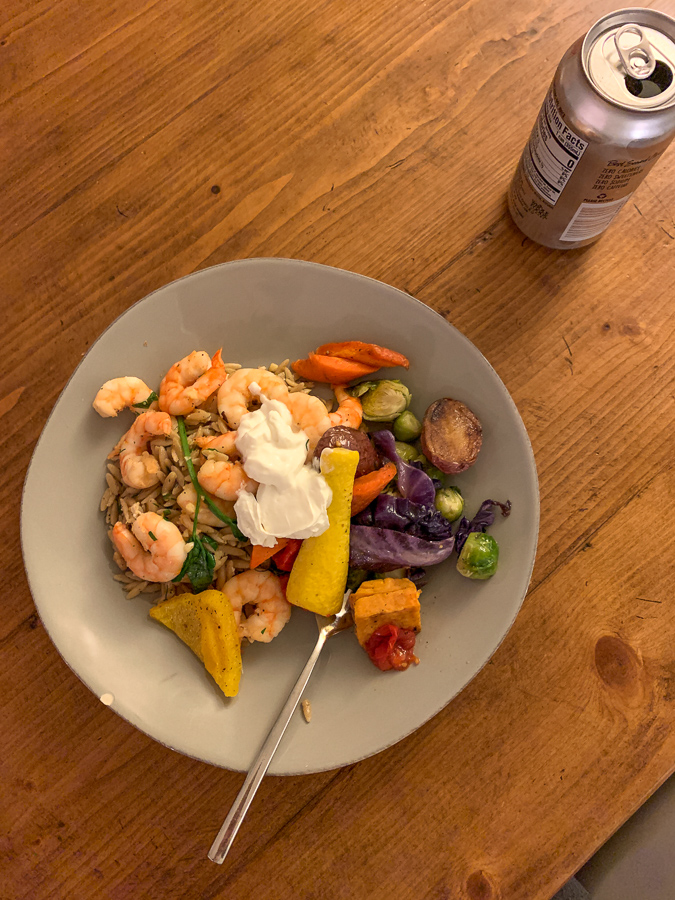