You are here: Home / Charlottesville / Text Me

Fun First Friday night celebrated with a handful of friends – a night coordinated by a handful of last minute texts: “Hey do you want to do something tonight?”

Stop 1 was the produce drawer for a crisp apple + sunflower butter to tide me till dinner. All summer long I hated apples because every one was mealy. Now I can’t get enough!! 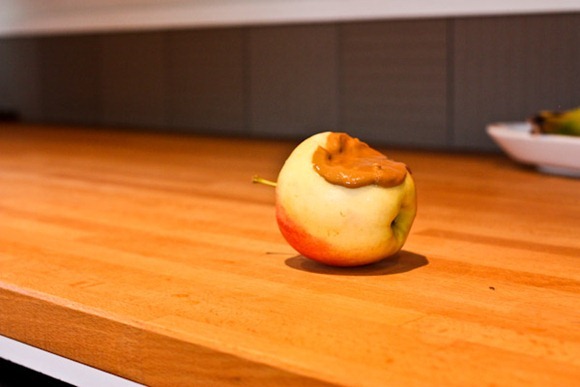 Stop 2 was McGuffy Art Center for a dance performance! Every First Friday there is a 15 minute performance (for about $5-10) where a dance company or dancer performs a short piece. Tonight’s group was from Raleigh and they did 3 short dances inspired by 3 major fashion designers, including Gucci. 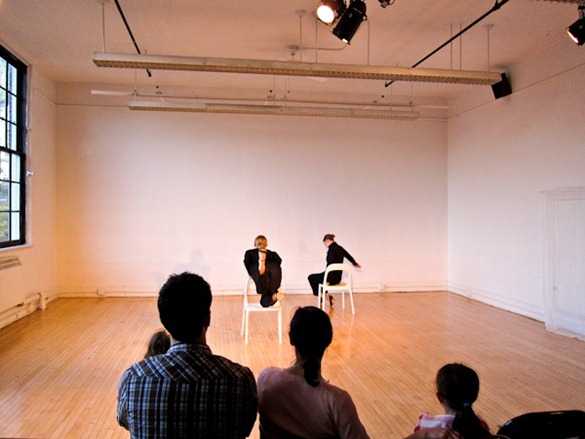 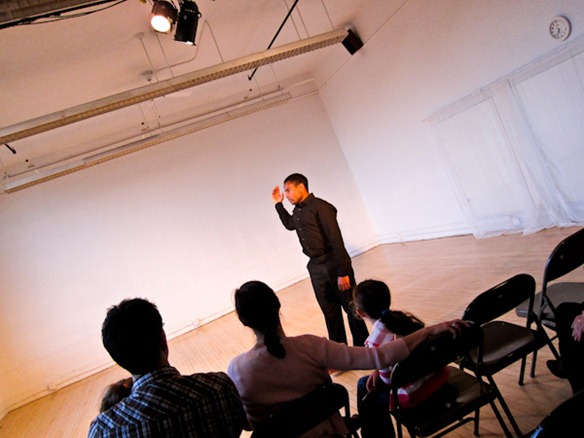 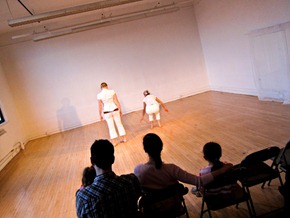 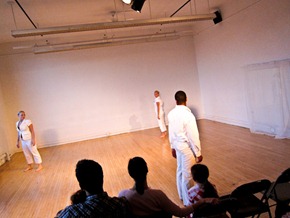 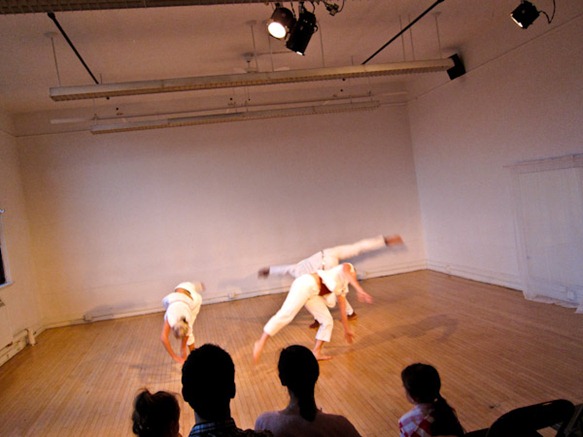 We joined Faith and Tate for the dance, per usual. Really enjoyed it!

Stop 3 was Tempo, a newish restaurant on the downtown mall known by window shoppers for its cowhide booths! 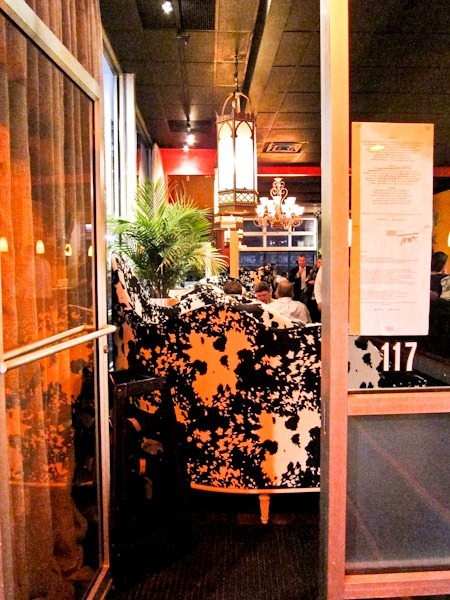 The colors inside were SO hard to photograph – everything from here out is tinted orange, red or green! 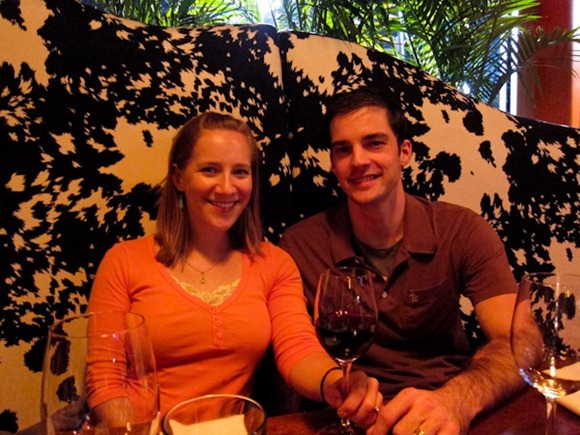 Joining us for dinner were Meredith and her new coworker, Emma. 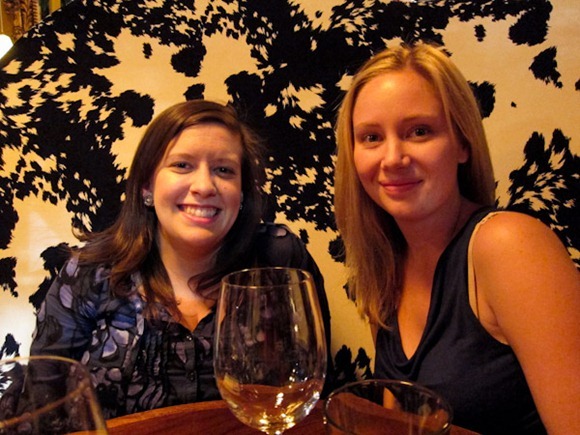 And Sara + Juan, plus their friend Winnie who I did not get to photograph 🙁 She is moving to Hong Kong next week and was a hoot! 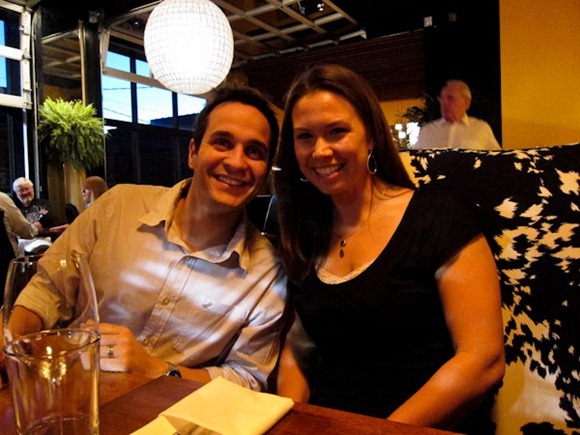 I was quite starving by 7:30 when Matt and my appetizer came out – the Duck Empanadas. Hunger is definitely the best sauce – these were incredible!!!!!! 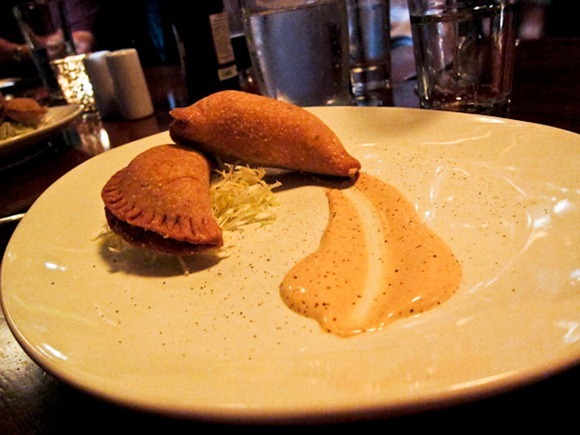 I really wish the restaurant had served bread – so much time passed before our entrees came out (which is totally fine with me if I have bread to keep me from eating my arm!) and I was so very hungry when my Scallops arrived 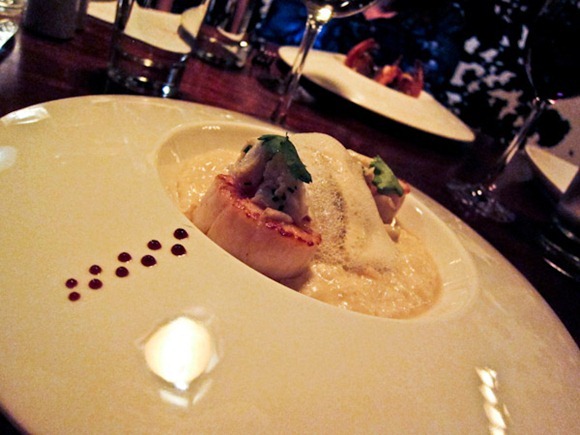 They were served over a savory rice pudding and lime-scented “air,” which was a foam. I love foams! The portion, however, was really small and desperately needed some veggies somewhere in the dish. 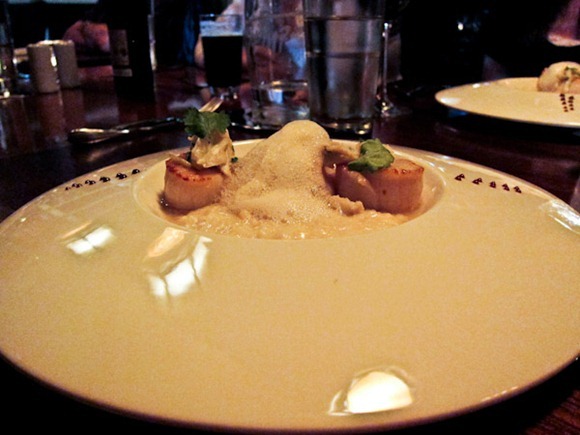 Since I was still hungry from lack of roughage, I ordered dessert! 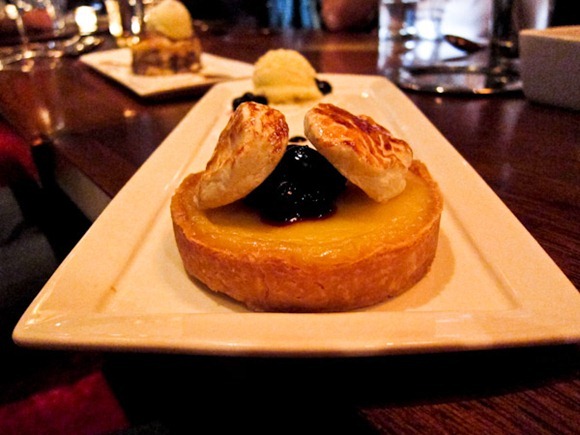 A Lemon Blueberry Tart with Toasted Marshmallows!! [I admit, the marshmallows sold me!] I was in a lemon mood and this totally hit the spot. Although I admit I Winnie and I traded desserts a bit – her bread pudding is in the background above! 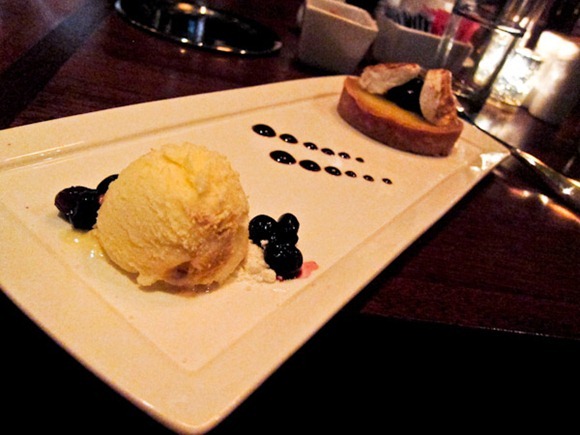 The dessert portion was quite nice – but check out the spoon made for a giant!!! 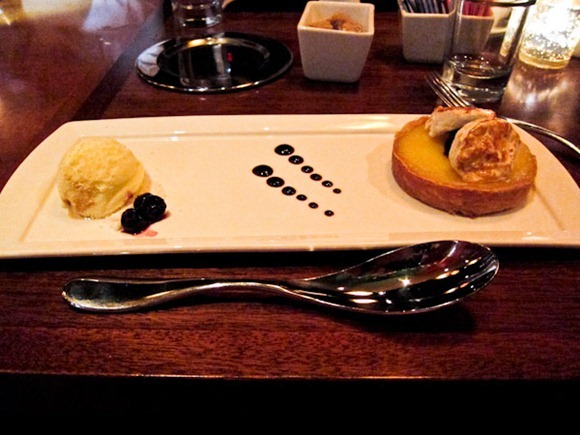 It’s way past my bedtime for my morning plans tomorrow.

Also, I am sure I have used up my 200 text messages for the month already!