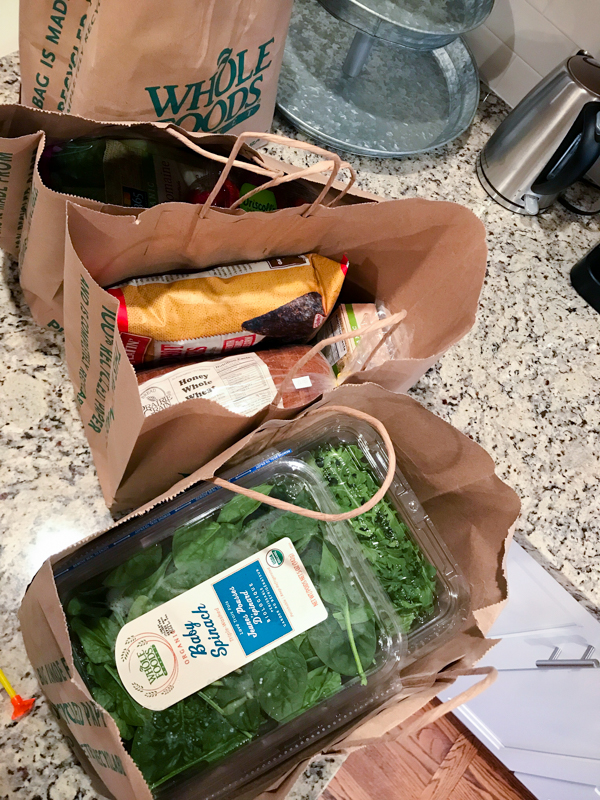 Our Whole Foods just started doing delivery with Instacart (I think that link includes a $10 coupon, if you haven’t tried it!) I picked up a flyer in our store offering a $20 discount and free delivery on my first order, so I figured I’d give it a try to score $20 of free groceries! I tried it the night we came home from the beach. If you haven’t heard of it, you order groceries online with Whole Foods and then use the Instacart service to have a shopper shop for you and deliver the groceries to your house. For anyone who 1) hates grocery shopping, or 2) is really busy, this service would be life changing.

Overall I really liked it, but I don’t think I have a need to justify the cost of doing it regularly.

Here’s the pantry meal I made that turned out to be really good: whole wheat pasta, jarred Parmesan sauce from Whole Foods, canned artichokes, capers, and parmesan cheese. 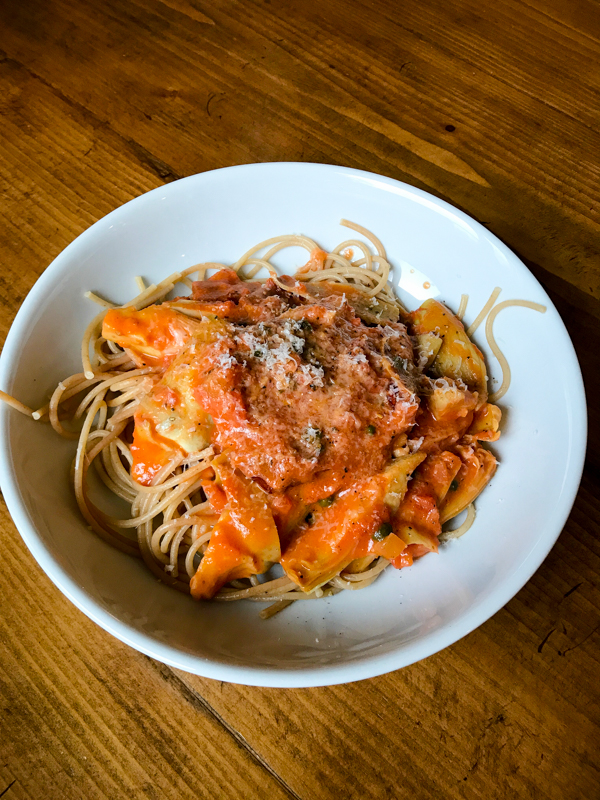 I will probably use the service again if I’ve had a really busy or coming-home-from-out-of-town kind of week where it would be worth 10% + delivery. Other grocery stores like Harris Teeter and Kroger have shopping services that are much more affordable on the service charges ($5 flat fee, I think). Although, you do have to go pick them up and I think you have to order 24 hours in advance. That seems like the best of both worlds, especially for parents with small kids!

This post wasn’t sponsored in any way – I’m just sharing my experience!