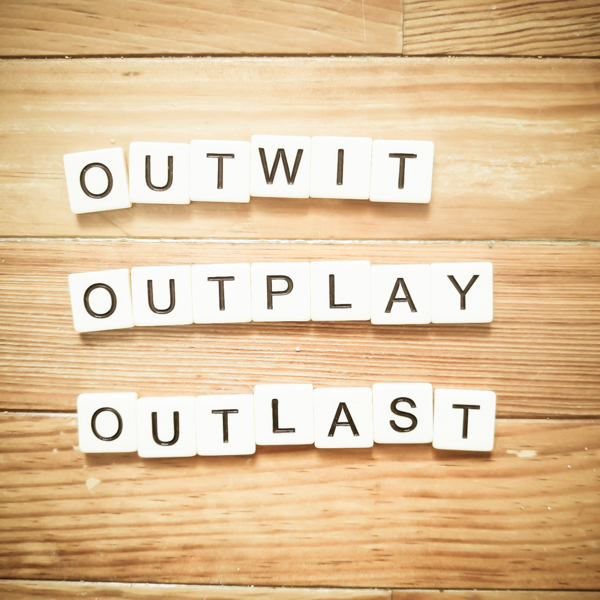 What if you could go to an island, eat seafood, crack open coconuts, participate in physical and mental challenges AND watch an entire season of Survivor all in one!? We did. My Survivor BFFs Hillary and Ellen and I started a conversation about six months ago about how amazing it would be to watch a whole season all the way through – you know when you get to the point where you just can’t stop watching! We usually chip away at each season bit by bit a few times a week, but the idea of a Survivor retreat weekend was hatched. There would be challenges, buffs, a beach and lots of Survivor watching. 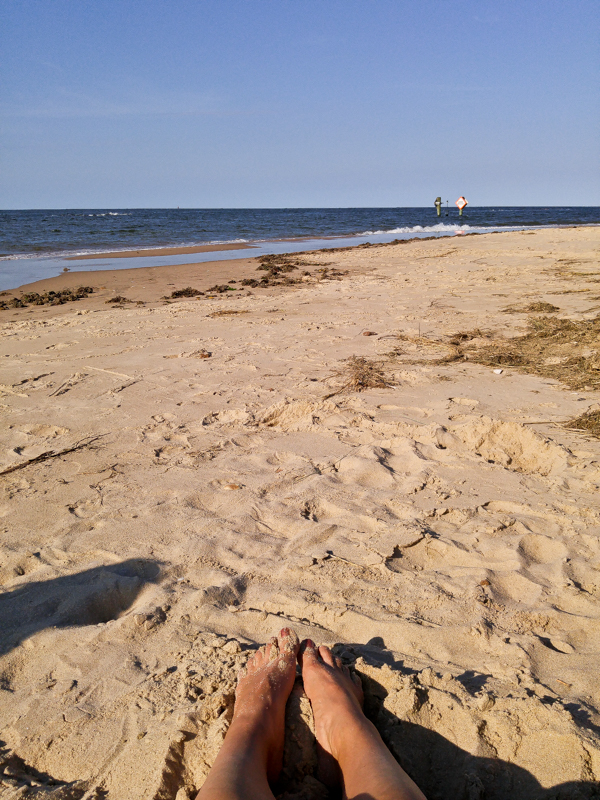 I seriously wanted to only eat rice and coconuts, live in our bathing suits and not shower the whole time, but the girls vetoed that idea. So we did #SurvivorRetreat comfortable style – with dinners out, wine and time to play on the beach.

We did wear buffs though – the whole weekend! 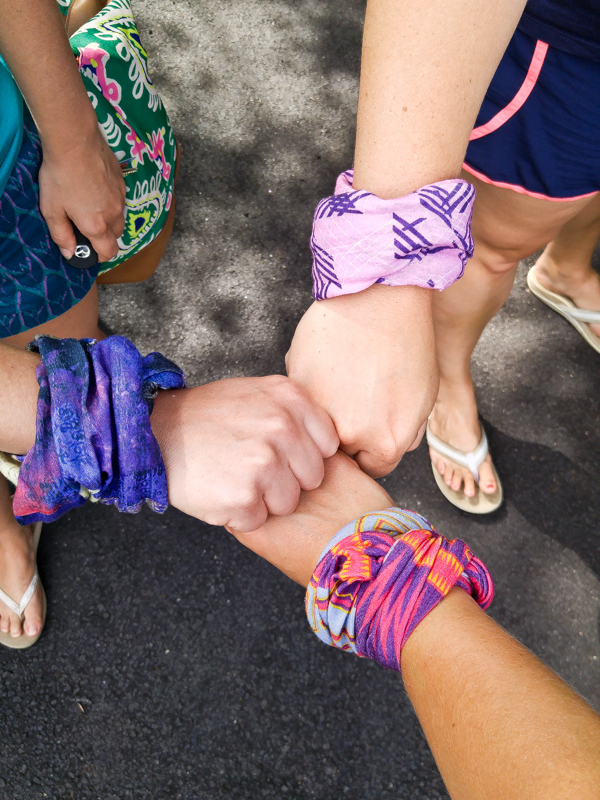 We took the short trip to Norfolk and rented a tiny condo for two nights. All we needed was a TV!

The first challenge took place in the car – Ellen prepared 30 trivia questions for Hillary and I. Winner: Hillary by a landslide : )

Upon our arrival we started the first episode immediately. We couldn’t wait!

Then we ventured out to the beach, which was along the Chesapeake Bay. 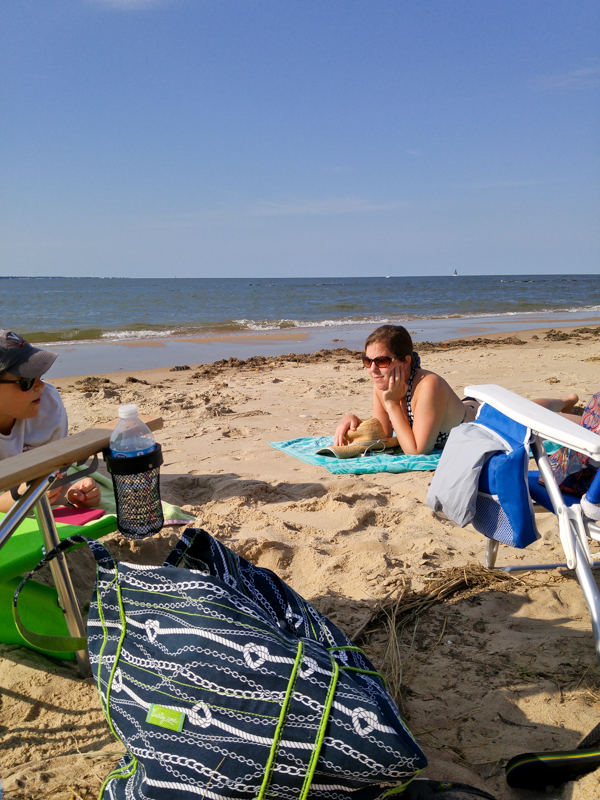 After hanging out a bit, we showered and watched two more episodes during cocktail hour. 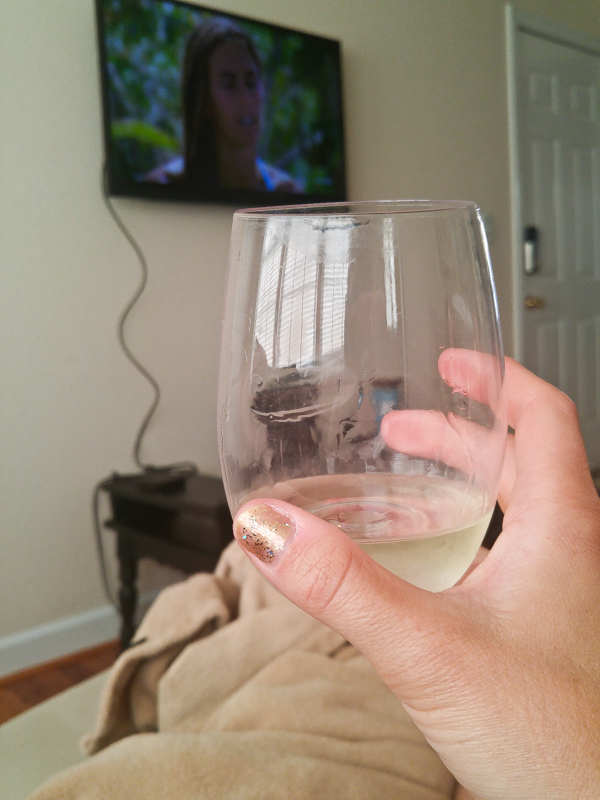 Our second challenge was at dinner – Hillary’s boyfriend tied three ropes in a bunch of different kinds of knots. Each rope was the same. We had to untie them as fast as possible. Winner: Tie between Ellen and me!! 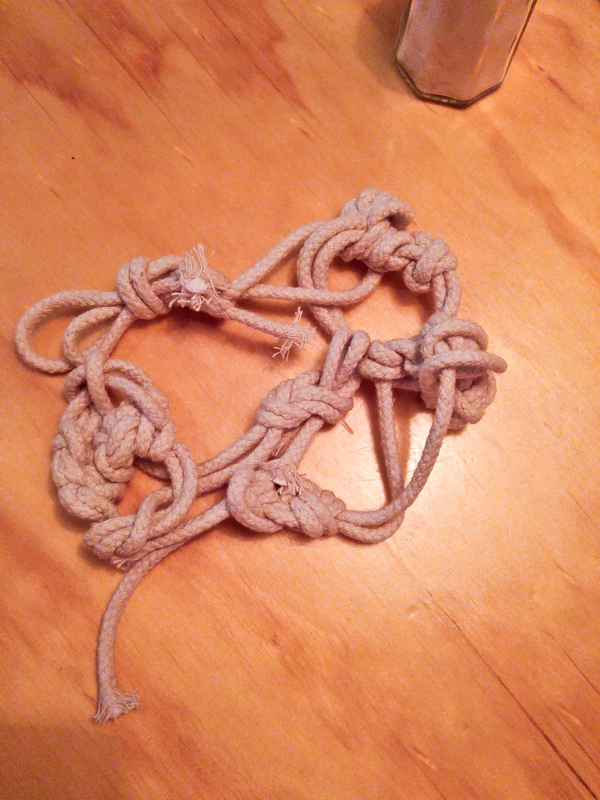 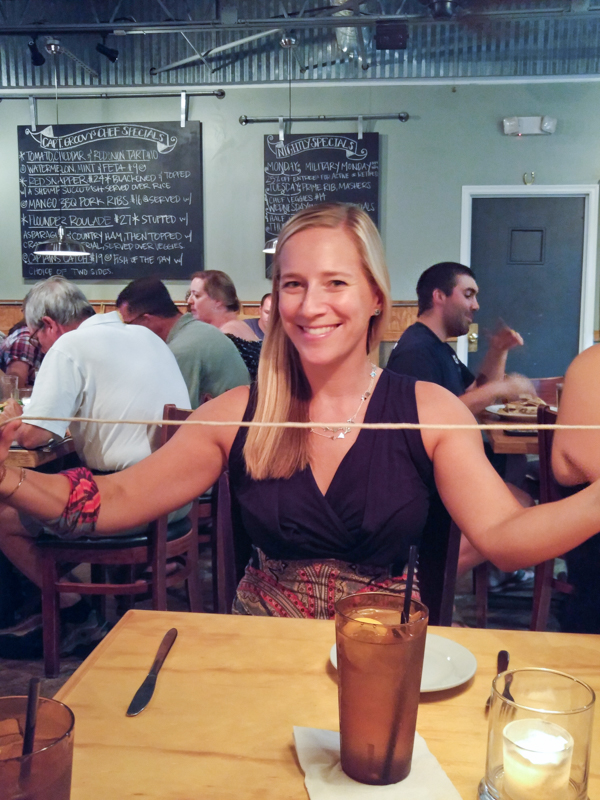 We had dinner at Groovy’s and shared fried oysters, clams and a broiled seafood platter. 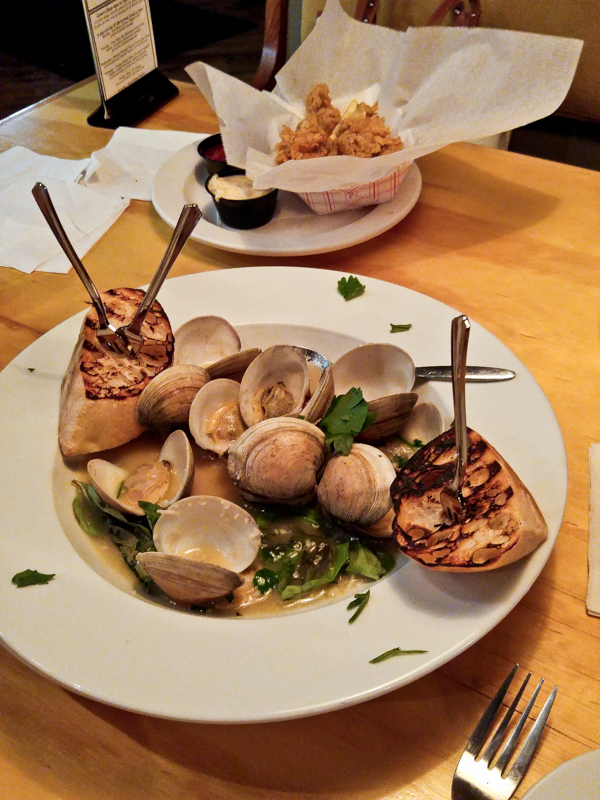 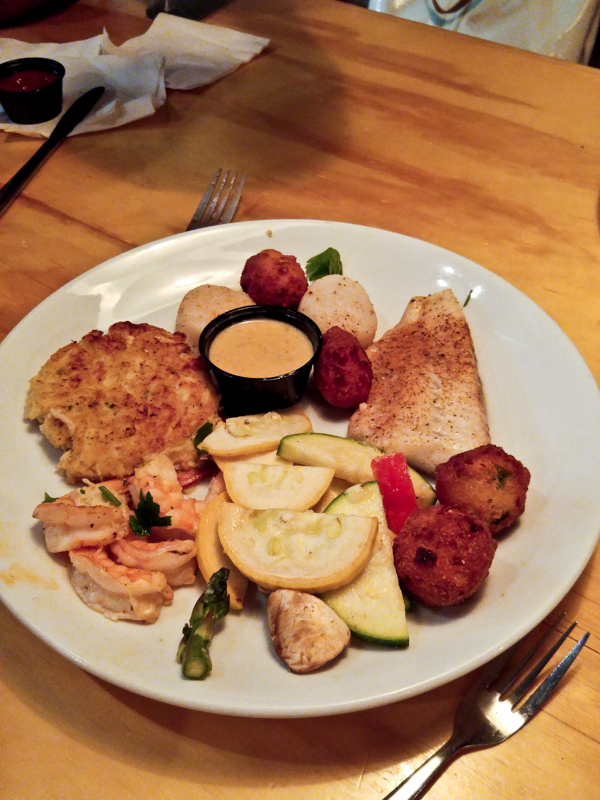 Then it was time for a couple more episodes until bedtime.

Hillary made smoothies for breakfast the next morning, and we watched a few more episodes before going out to the beach. It was SO NICE to be with people who wanted to keep watching the season as much as I did! 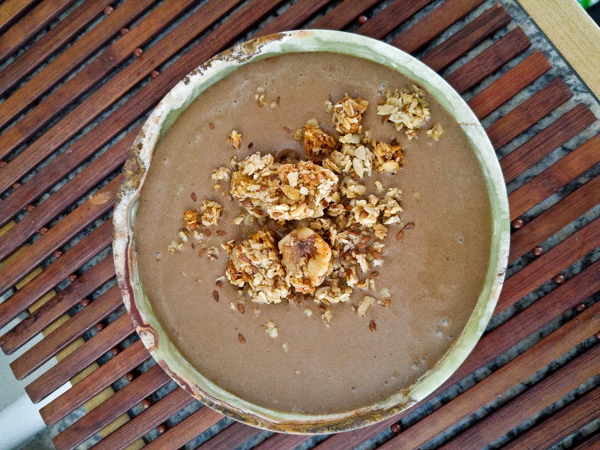 Mid-morning I went for a 4 mile run while Ellen walked on the beach and Hillary set up our biggest physical challenge. 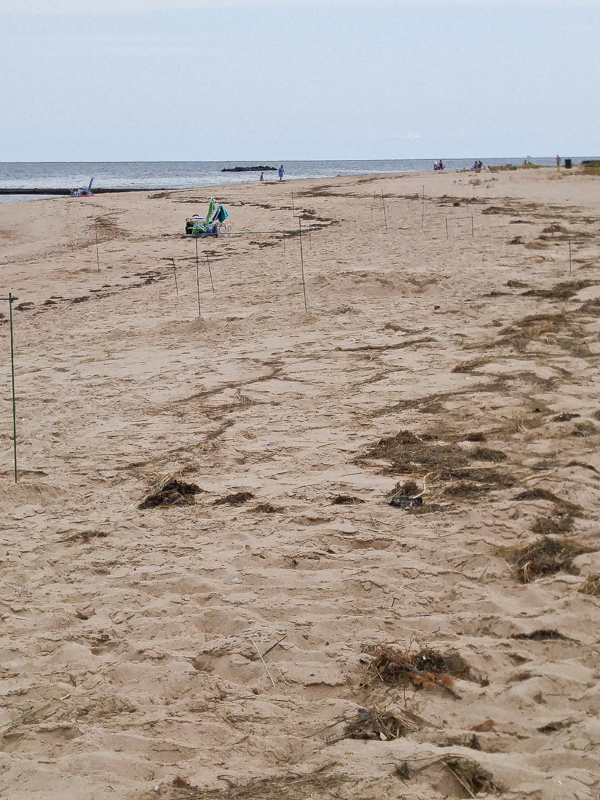 It’s hard to see, but she took garden steaks and made hurdles to go over and under. We had to balance a tennis ball on a racquet through the course.

Once we passed the last hurdle, we had to toss the tennis ball in the solo cup – this was really hard!!

The final step was classic Survivor – a bag of puzzle pieces was hidden in the sand. We had to dig it up and then solve a word scramble.

The phrase was one we say all the time, so I actually figured it out pretty easily and won!! Kath wins immunity! Man was my adrenaline pumping – I can’t imagine how much it would be in a real Survivor challenge! Hillary did the challenge against me in round II though and won. I was exhausted and stumped on the phrase.

Back inside a little later we had some snacks with another episode and then made lunch – open faced sandwiches and tomato basil mozzarella salad. 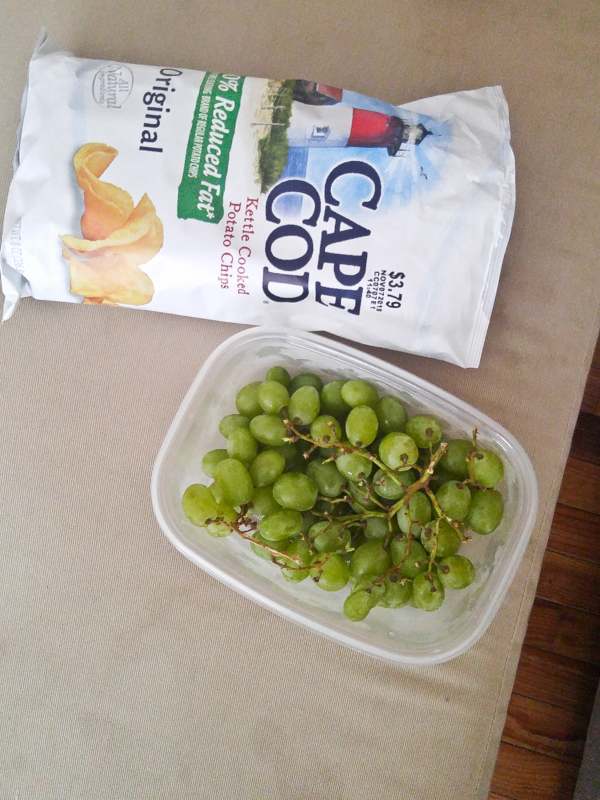 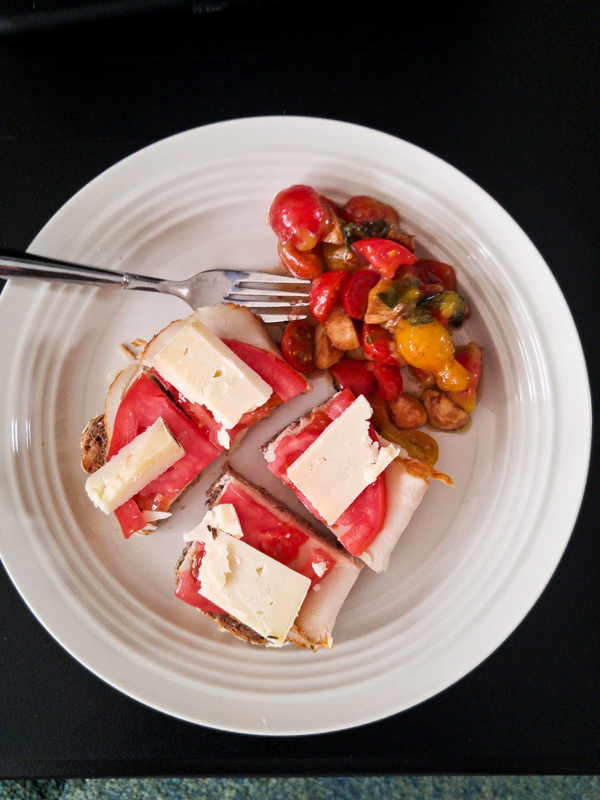 After the merge we did more challenges!

Ellen used BananaGram tiles to put phrases into bags for us and then hid the bags in the living room. We had to hunt down the bags (in order!) and then solve 3 word scrambles. This was my worst challenge of the weekend! I was sooooo stumped and Hillary won! 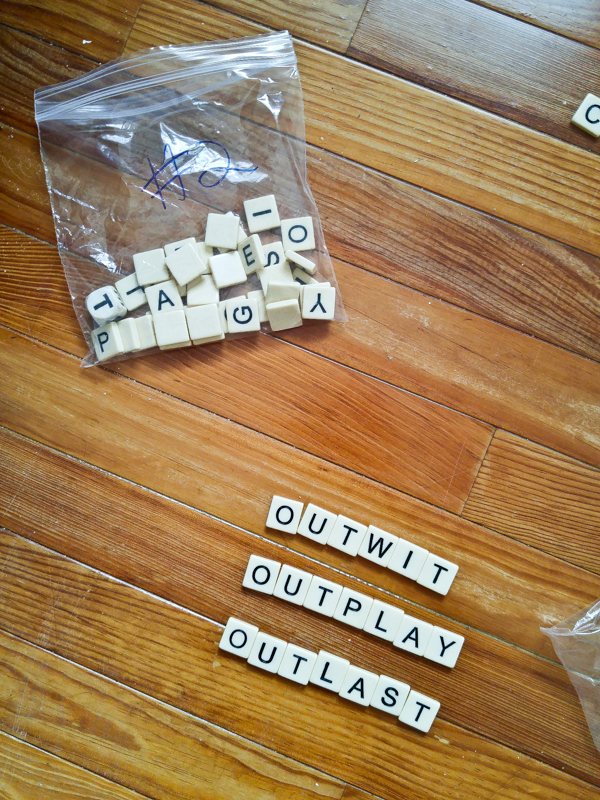 One of the challenges I planned was a food challenge. On Survivor they often have to eat really gross things like raw eggs and bugs, so I bought gummy frogs, worms and sharks and Ellen and Hillary had to see who could eat a bowl of them the fastest. 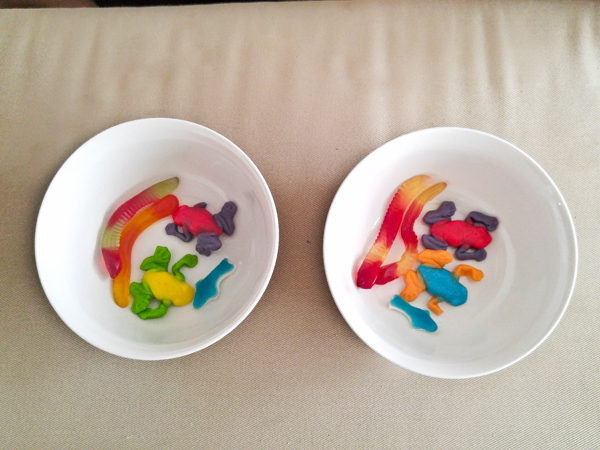 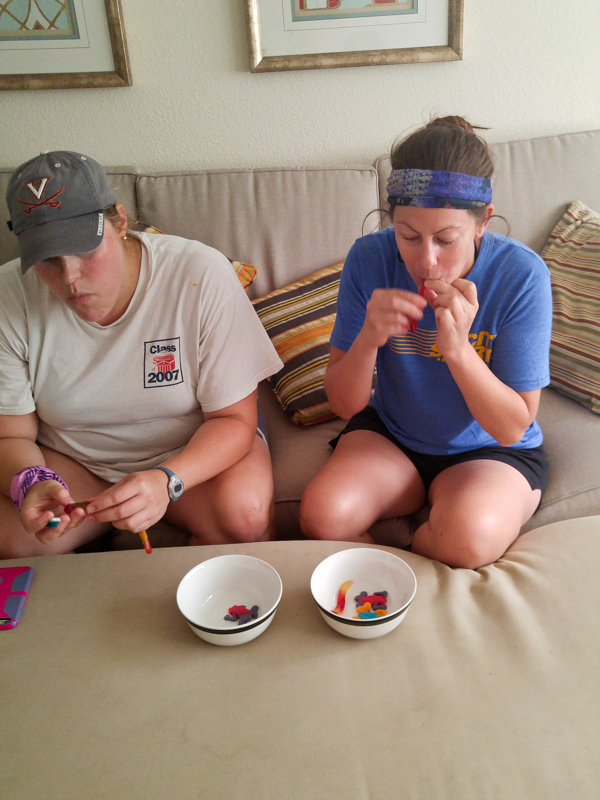 Another win for Hillary! 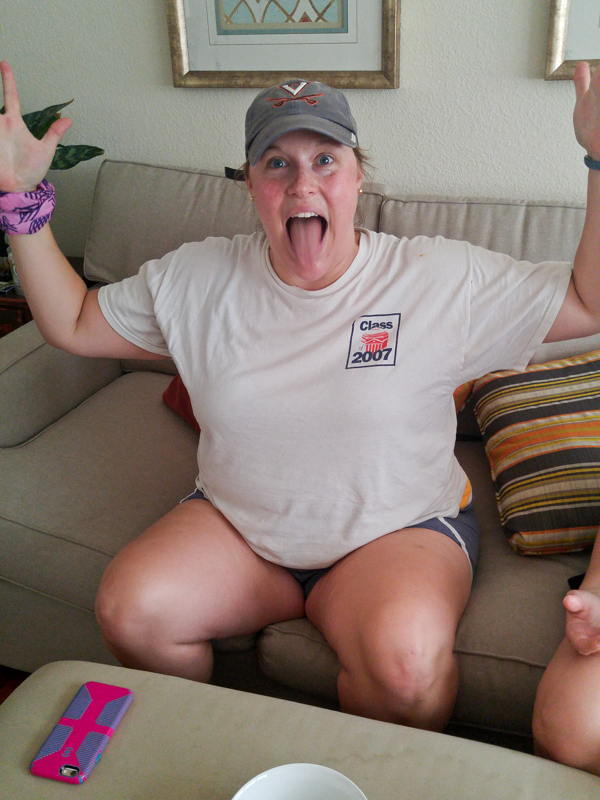 Ellen brought three mind bending puzzles that we each did a time trial on. They were so hard! I only got 2 of the 3 right. Winner: Ellen! 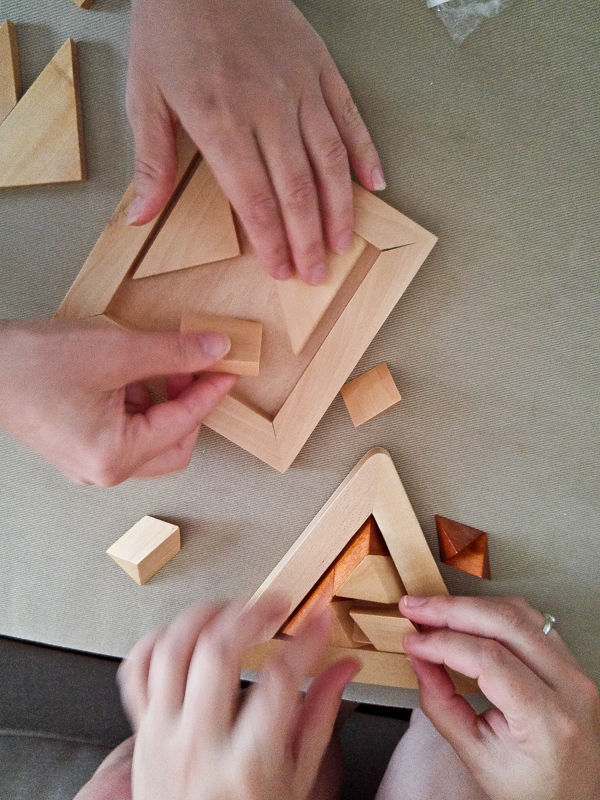 Next up: who can hold the coconuts (bocce balls) the longest! Gotta have a “who can the longest” challenge in a season of Survivor. Winner: me!! 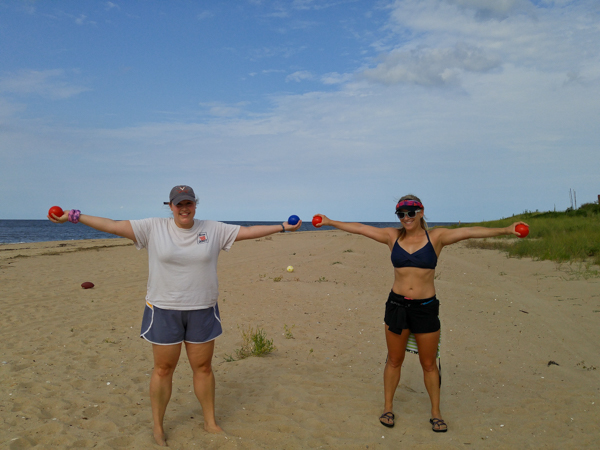 We went for a walk on the beach and then showered for cocktail hour and dinner with a few more episodes! 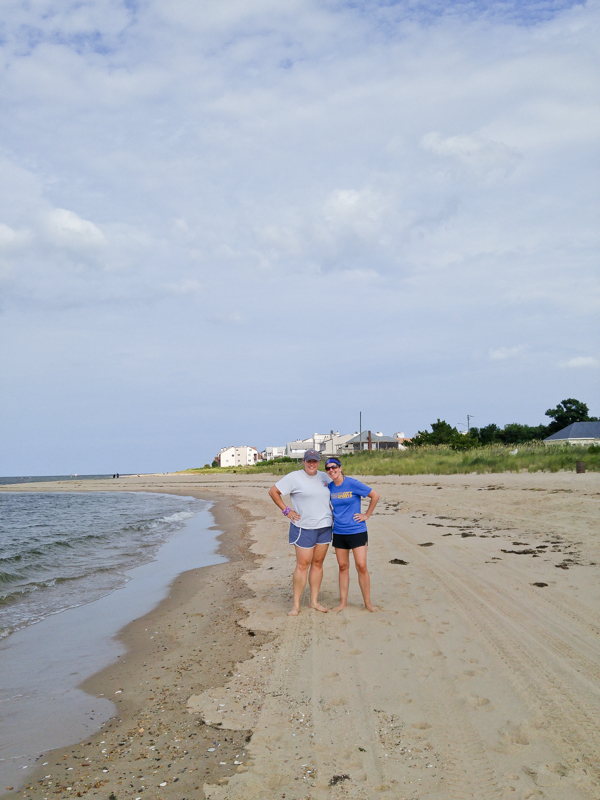 We went to Greenie’s for dinner where we had an OK meal. Fried fish, fries and slaw for me, plus more fried oysters! 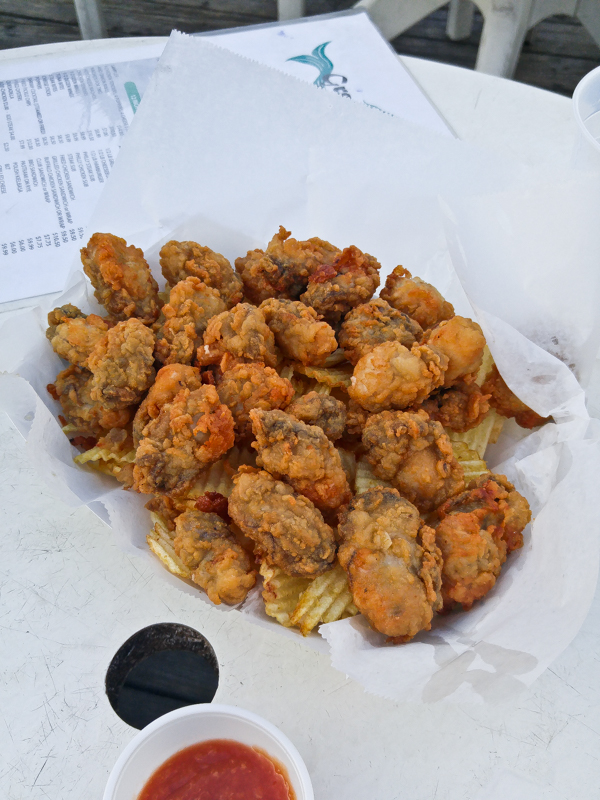 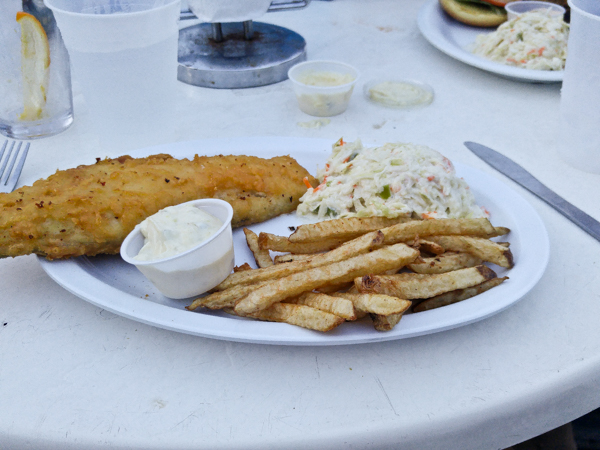 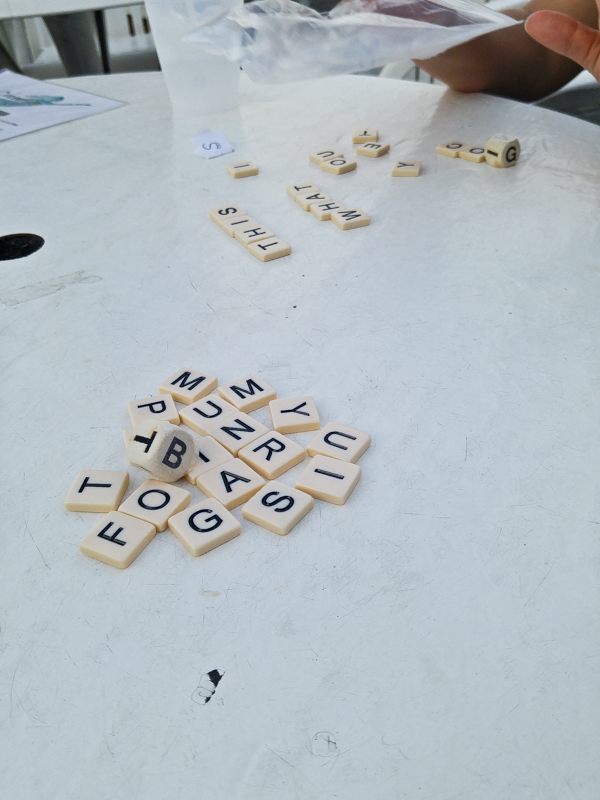 Hillary prepared a bunch of quotes from former Survivors and Ellen and I had to guess who said them. Ellen won that one too!

Back at home we watched the final episodes before the finale, which we saved for breakfast.

In the morning we made peanut butter toast and fruit and watched the finale of Survivor One World. Good season, great winner!!!!!!! 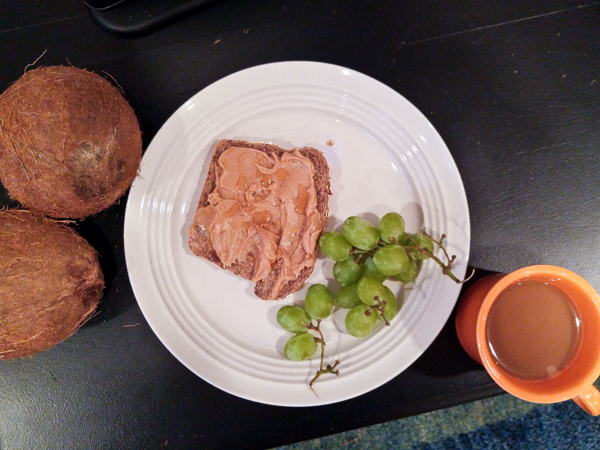 Our final challenge was to see who could crack open a coconut the fastest. 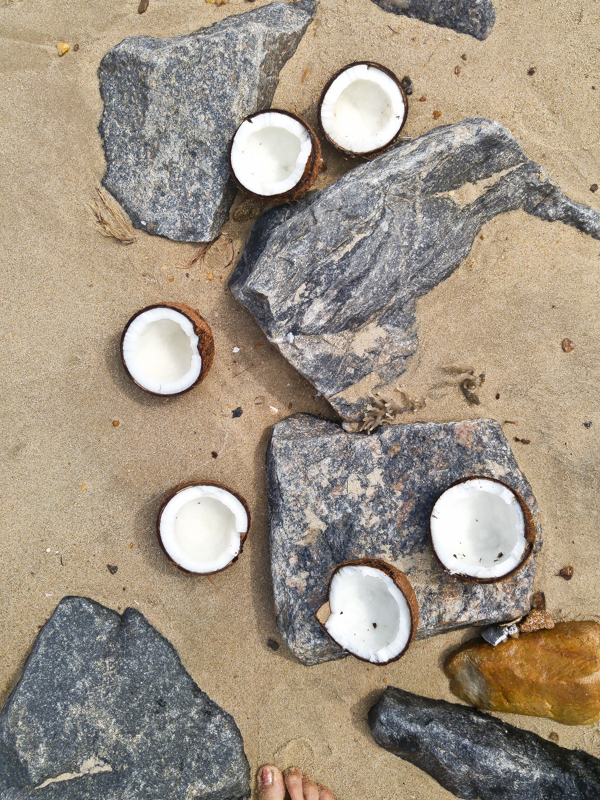 Winner: me!! The water inside was quite briney, which was surprising, but I liked the meat. 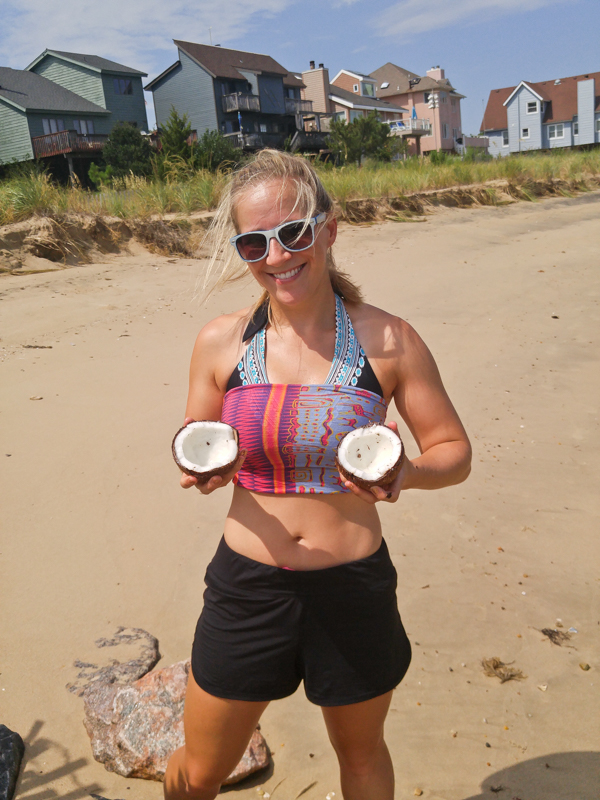 We ended up with a three-way tie for the win. We each excelled in different things!

We had such an amazing weekend, and it got me so pumped that I made an audition tape for the real show!!! I’m sure my chances are one in a million to get on, but I will cross my fingers.

I don’t think Survivor has ever cast a blogger! If CBS called, I would totally accept, buff as a mini skirt and all! 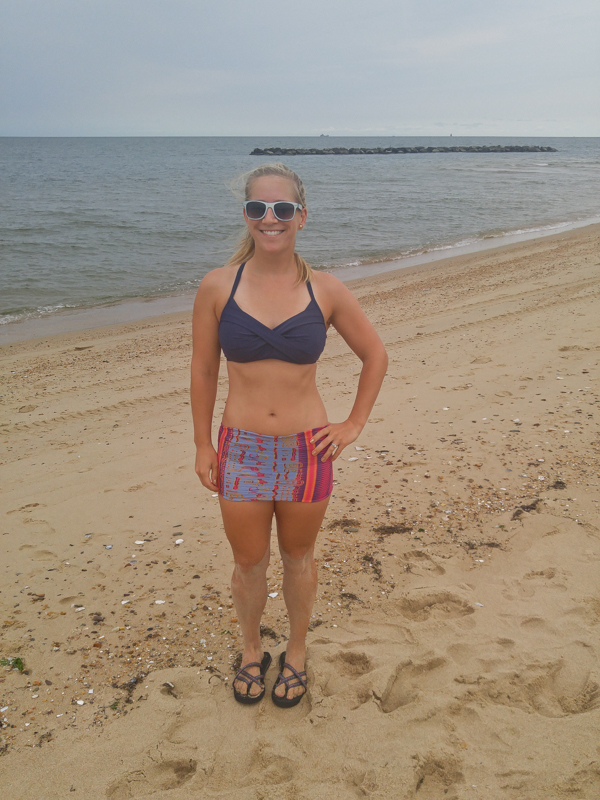