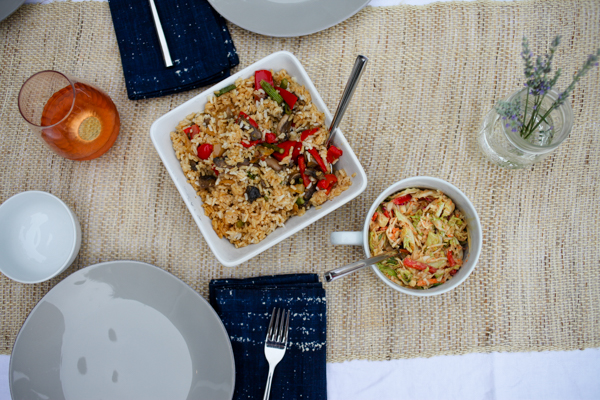 We have been eating like kings + queens around here!! Well, actually, Mazen is the king, so maybe we are princes and princesses?! Haha. He has been in charge of dinners this week because he’s been at Supper Camp! Remember when he attended a single enrichment day over Christmas break? (OMG go and watch that video interview of him again! So cute! He has grown up so much!) 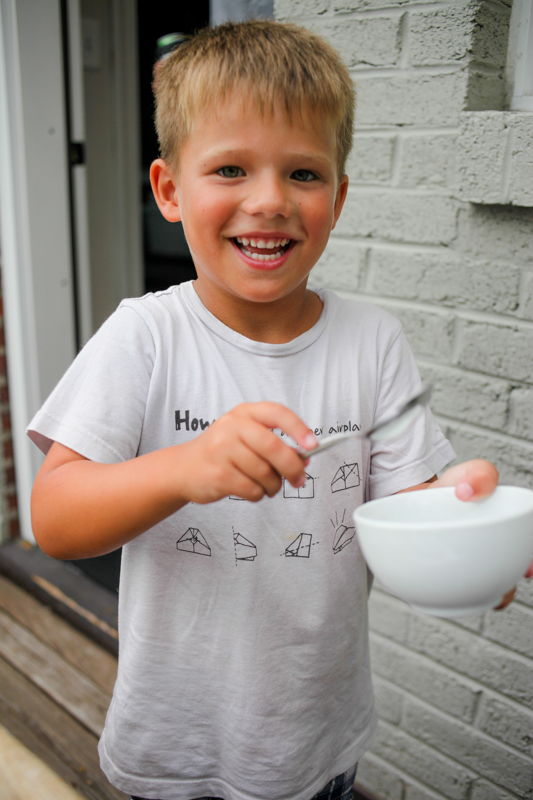 The camp went from 9-3 each day, and the kids prepared a meal for their families. Matt and I have been trading off, so I haven’t gotten to try them all, but I took the time to photograph one meal from the week. Mazen LOVES to be in charge, and I got the linens out so he could set the table and make his dinner extra special. 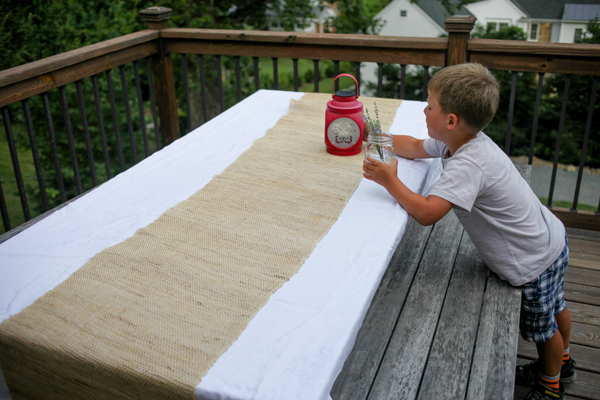 I thought about turning this into a “fork goes on the left” table setting lesson, but I decided it was best just to let him do what he wanted to do. 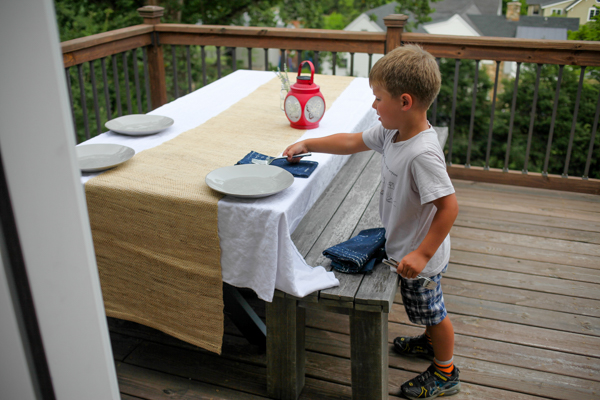 He would have turned on the stove to heat up our meal himself if I had let him! Instead, I did the heating and plating and then he carried everything out and called us when it was time to sit down. 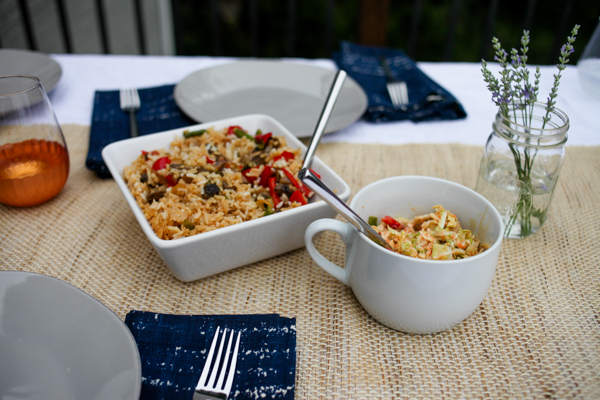 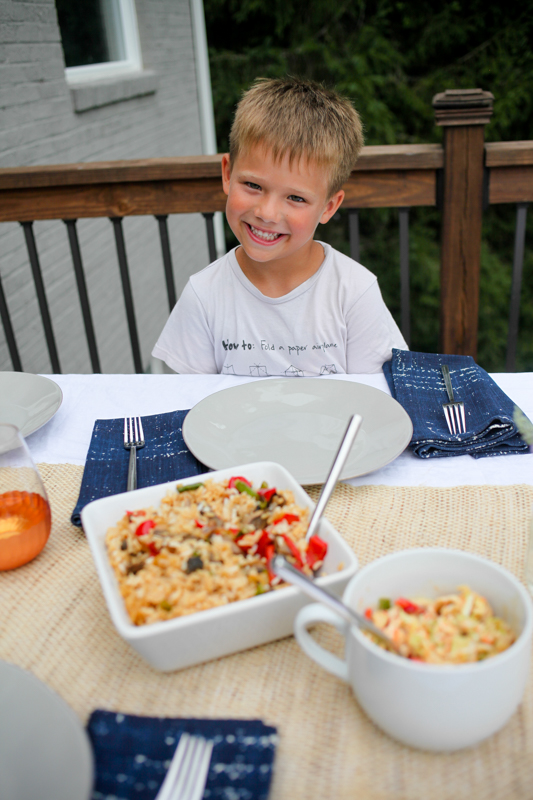 All five meals are plant-based and vegetarian, and on the menu this night was a lovely vegetable stir-fry with brown rice and a crunchy Asian cabbage slaw to go with it. Both were delicious!! The teachers share the recipes with us parents at the end of the week so we can make them again. 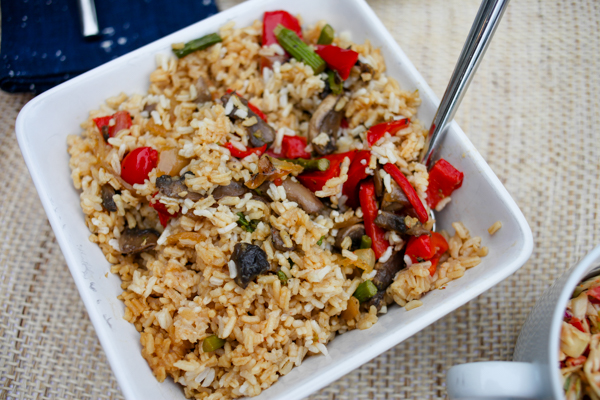 I have never been successful getting Mazen to eat rice, but he ate the rice!!! He ate everything, actually, although he didn’t have huge portions. 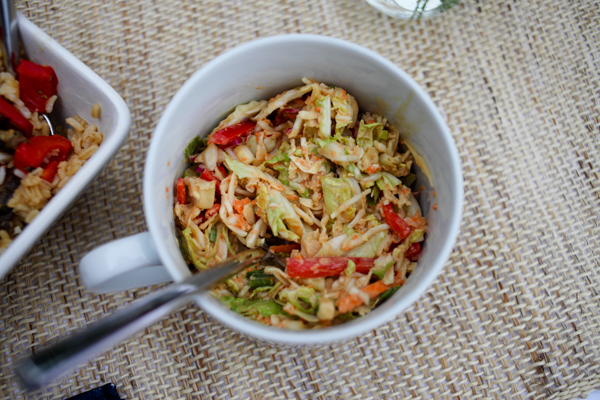 T and I had seconds! 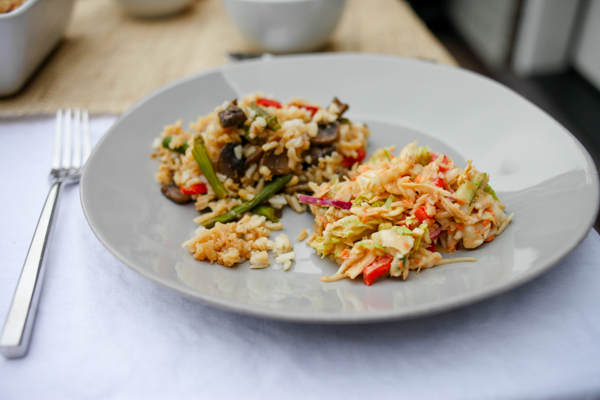 There is dessert every night too! We enjoyed a tropical mango pudding. 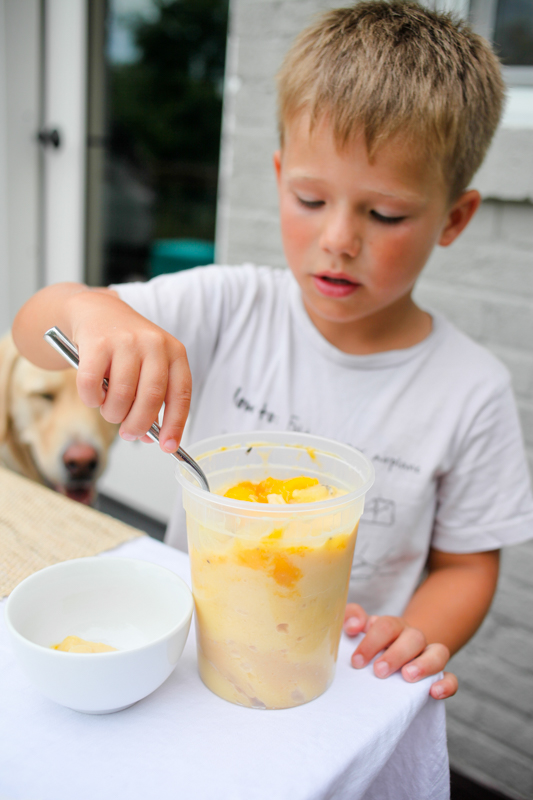 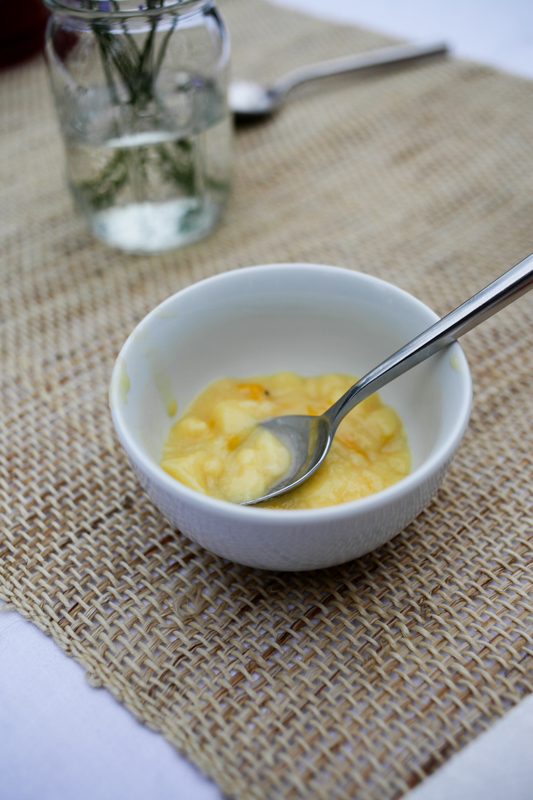 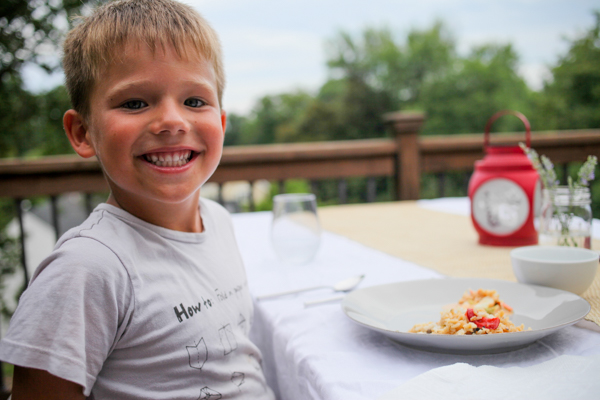 Two thumbs up — one for such a fun camp and one for a delicious meal!