I feel loads better after a nice hour-long brisk walk with the husband. My parents stayed in bed! (Well, my dad went walking an hour later – he’s a HUGE walker and walks with magazines like me! Maybe me like him…)

Anyways, it’s the most beautiful morning – I snapped another photo of our back yard – 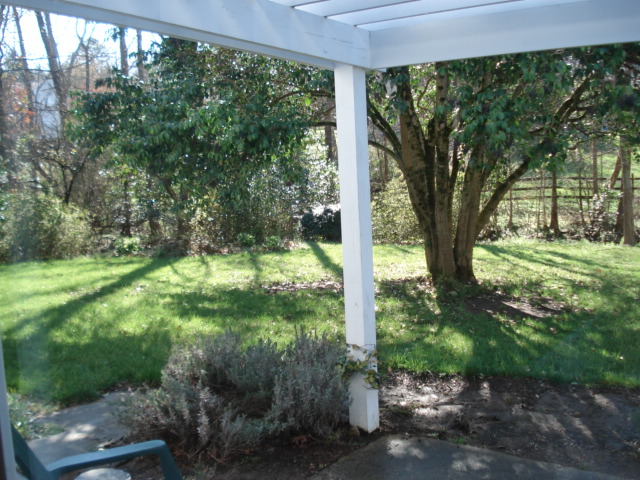 After my walk and a shower, I finally got an appetite for some breakfast. We’re due for lunch at noon, so I didn’t want to eat too much. I decided on an almond butter and banana sandwich on a potato bun – 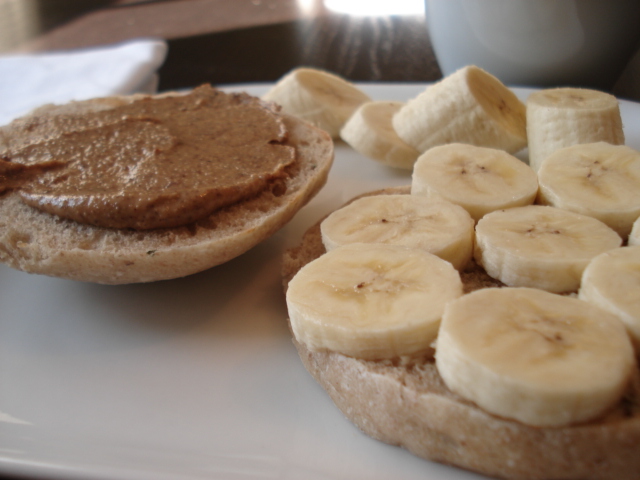 I could pick which photo I liked more so here’s another! 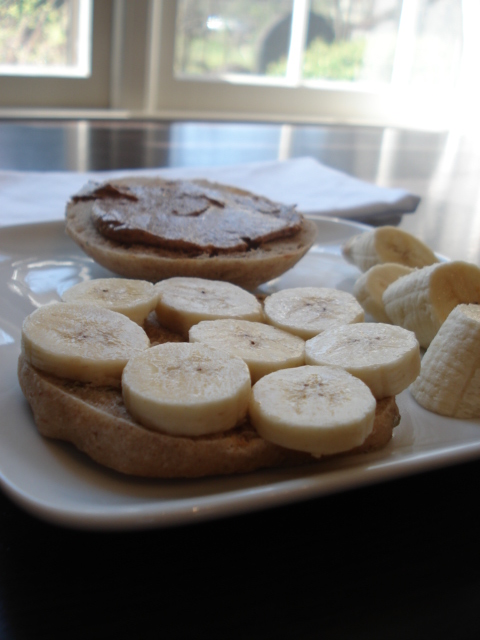 With coffee and a vitamin – 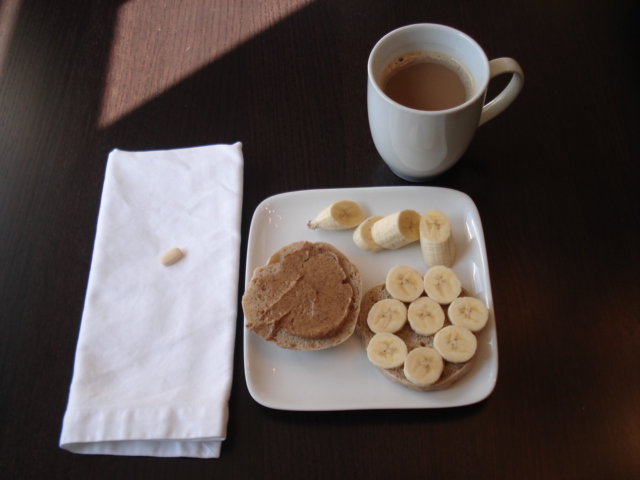 Off to lunch with my parents at my mother in law’s condo. My sis and her BF are meeting us there too, so it’s going to be quite a crowd!