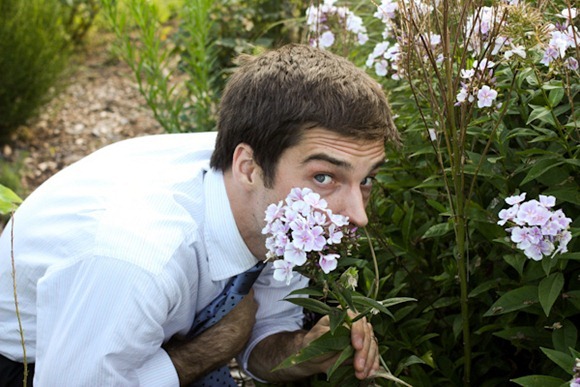 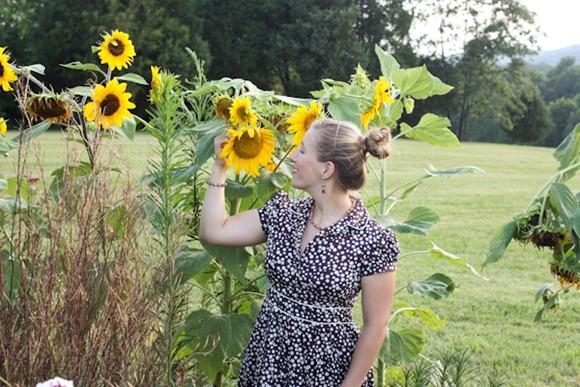 At the middle of this week, Matt and I received an invitation to join Jefferson Vineyards for their annual Bastille Day dinner. The event was catered by C&O, a Cville classic, and of course showcased the current Jefferson wines.

I worked until 6 while Matt took a long nap and put on a tie.

Snacks #1 and #2. I was starving by the time I did an hour of cleanup and biked home and had a cereal glass with more milk and less granola: 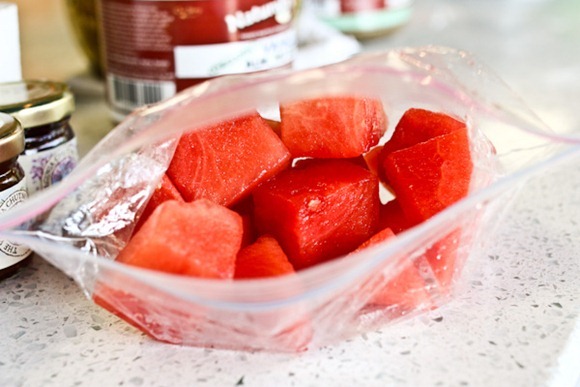 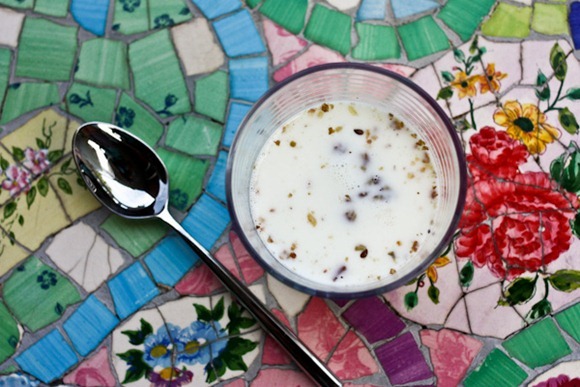 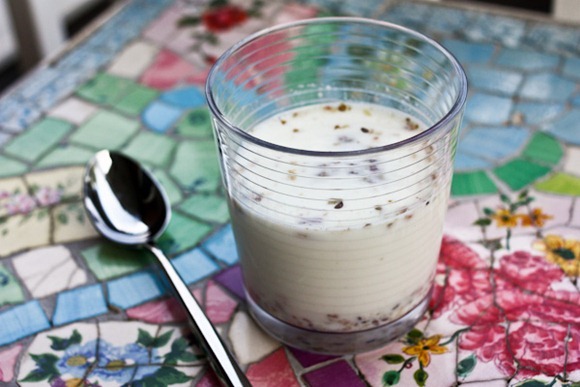 After a quick shower and my most French-inspired outfit, we left for the vineyard 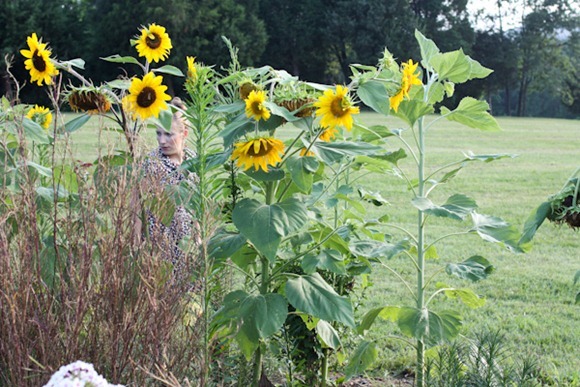 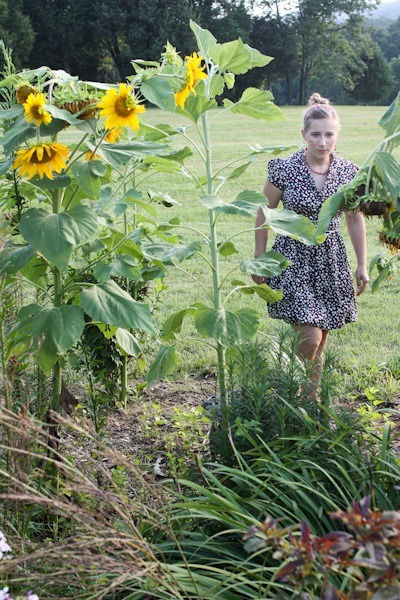 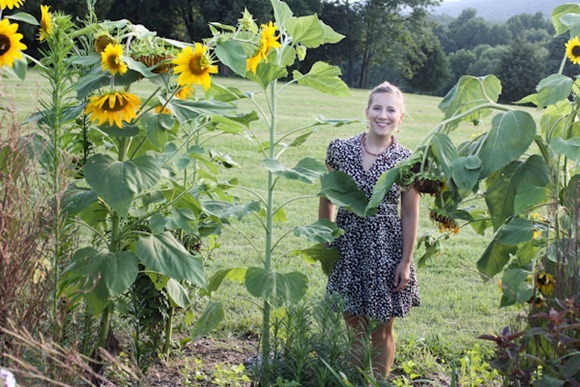 Look out for spiders! 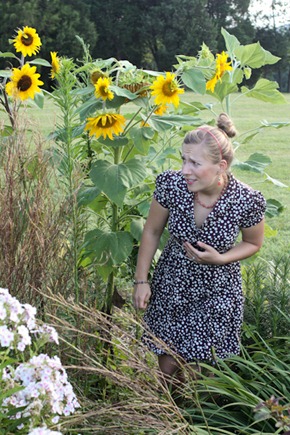 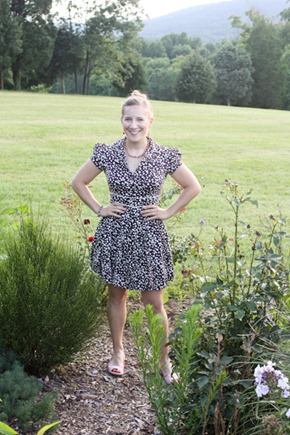 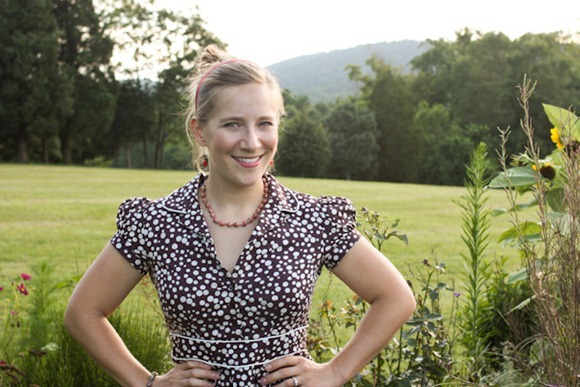 We were greeted with some amazing cheese (I LOVE cheese!) the 2010 Pinot Gris! 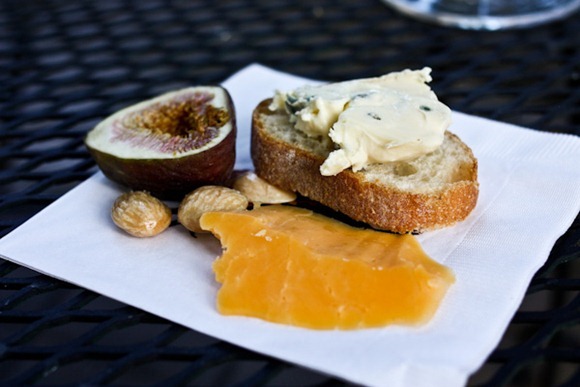 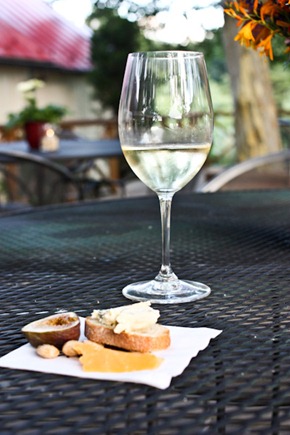 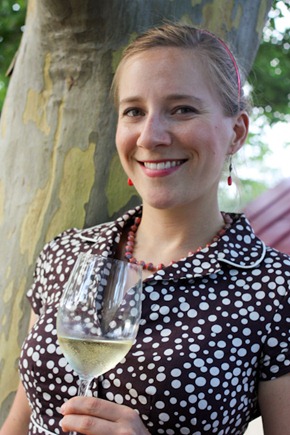 After meet & greet, we ventured into the barrel room for dinner 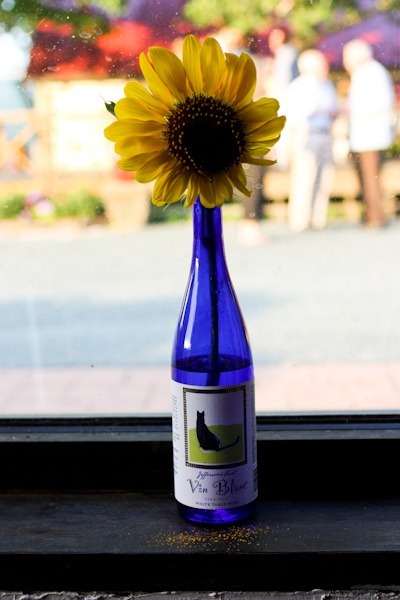 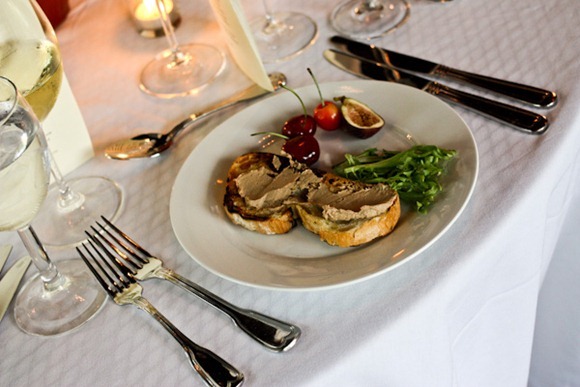 The tables were set with the first course: Andy’s Mom’s Chicken Liver Pate with cherrys, fig and greens paired with the 2010 Johannisburg Riesling 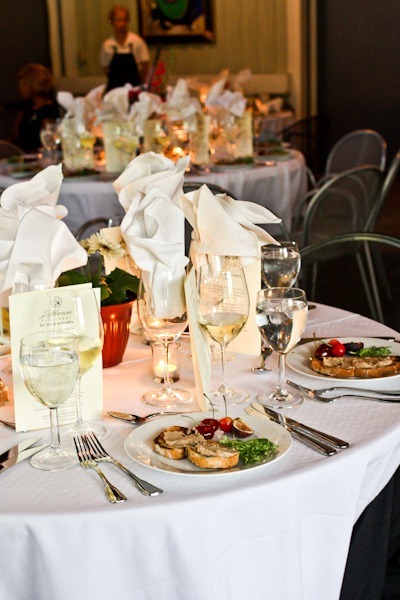 I tasted the pate – I like to try everything – and it wasn’t bad, but I just couldn’t finish it all. 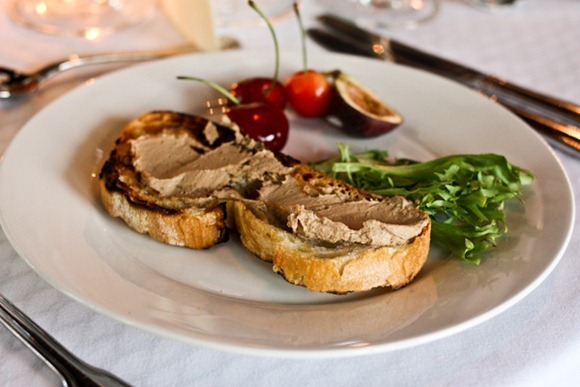 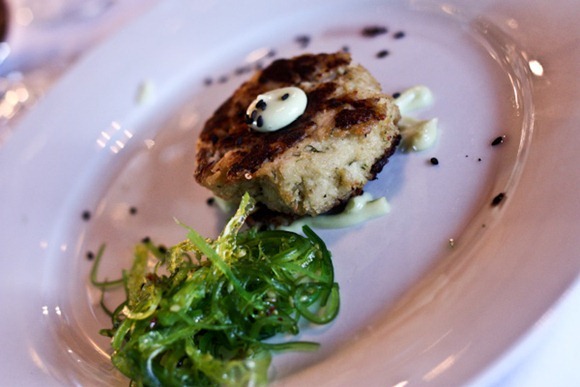 This course was paired with the 2010 Viognier – a favorite of mine!! – and it was a priceless pairing. Andy described Viognier as a “red wine drinker’s white” because it’s higher in protein and alcohol. That must be why I love it! It’s probably my favorite white wine, and thankfully, Virginia does it beautifully. 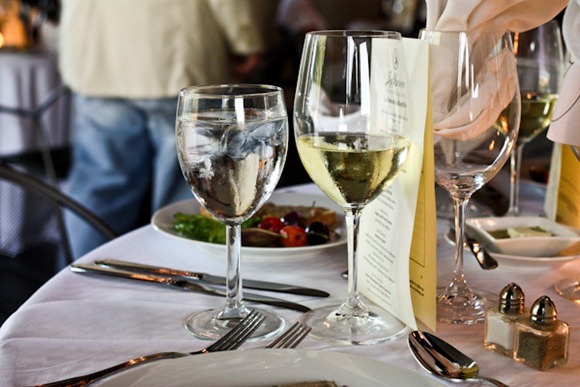 Course 3 was a Potage Billi-Bi, which I think has something to do with curried mussel broth! This soup was very unique – almost like lemons that were zested so much the pith was included because it was bitter like an IPA. I liked it though, and it went really well with the 2010 Chardonnay Reserve. 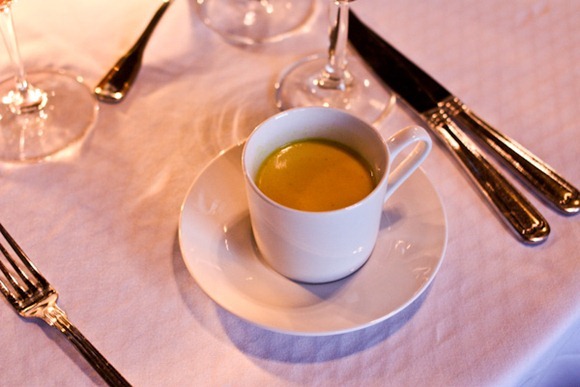 Interlude!! Sparkling Cassis Water and Ginger + Peach Sorbet!! I always LOVE this course, however, I do think it almost interrupts the meal! I could have ended with this, but there was more! 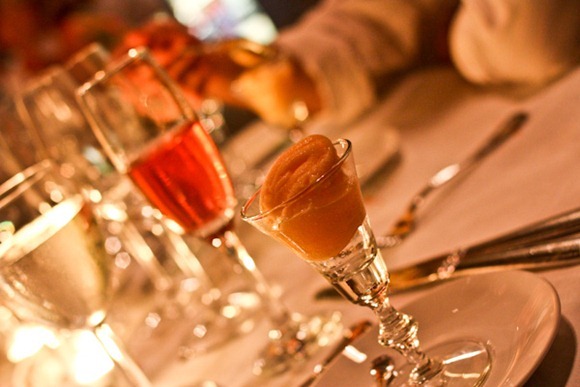 The reds arrived. The 2007 Cab Franc Reserve and the 2008 Meritage – two killer favorites of mine! 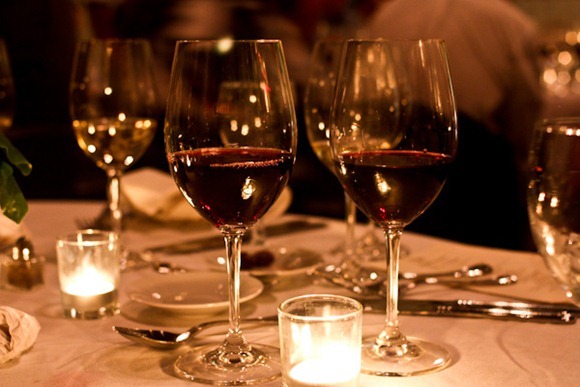 These were paired with a duo of meats – a quail and a lambchop in a wild mushroom duxelle. The mushroom sauce was incredible!!! I didn’t have too much of the meats, but I did love the quail. And I’m not a mashed potato person, but these were so good!! 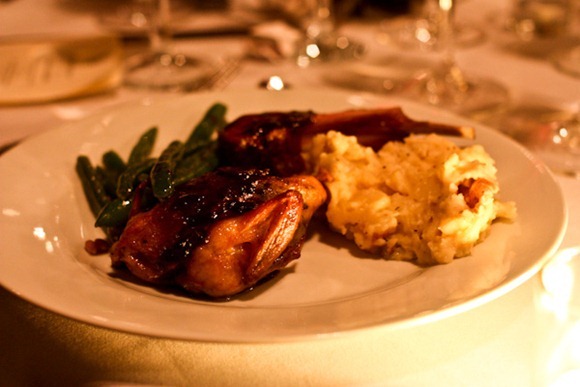 Green beans on the side! 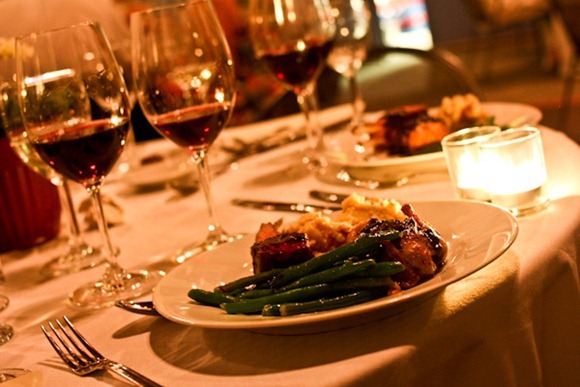 For dessert we sipped the Late Harvest (Great Harvest!) Vidal Blanc. I love dessert wines, but this one was almost tart with notes of pineapple when we paired it with… 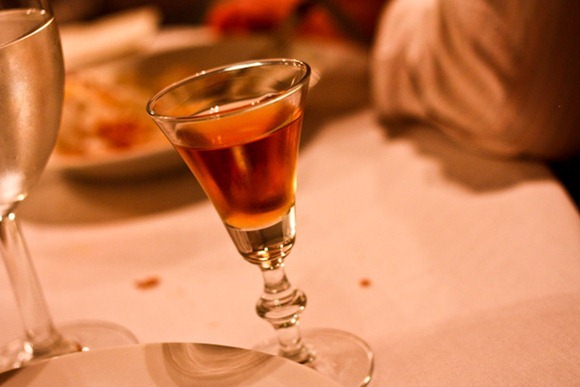 A Peach Pavlova! This was like a meringue topped with whipped cream, peaches and pecans and it was such a perfect midsummer light dessert! Light meaning I ate it all 🙂 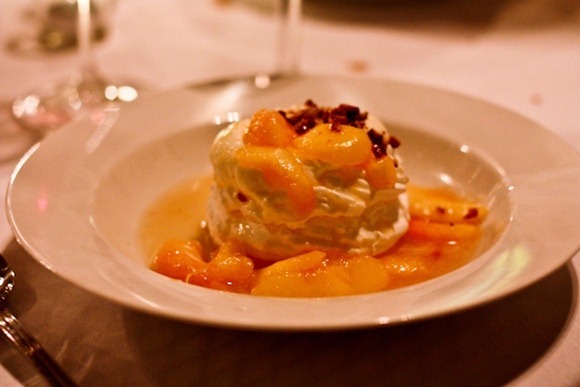 I actually did really well just sipping my wines because I was the designated driver. Matt, however, has crashed onto the couch watching some trashy TV show. I must put him to bed! Poor guy is exhausted despite a long nap this afternoon. Tomorrow is nothing but relaxation time!