You are here: Home / Travel / Summer’s Last Hurrah–Part I 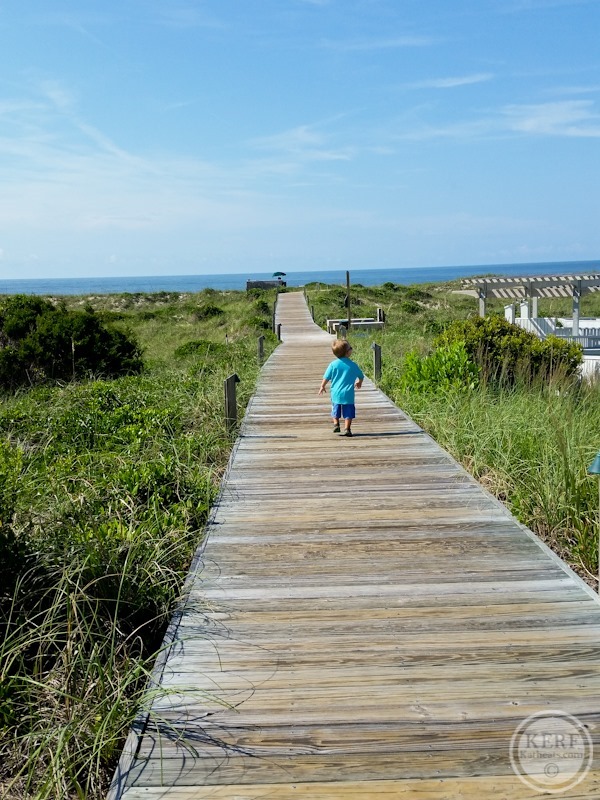 Mazen and I are on the lovely Bald Head Island with my parents for a short week. We are soaking up every last drop of summer fun! We don’t often get to come to Bald Head in the prime season, but we’re renting a family friend’s 3 bedroom house, and it was the perfect late summer getaway. 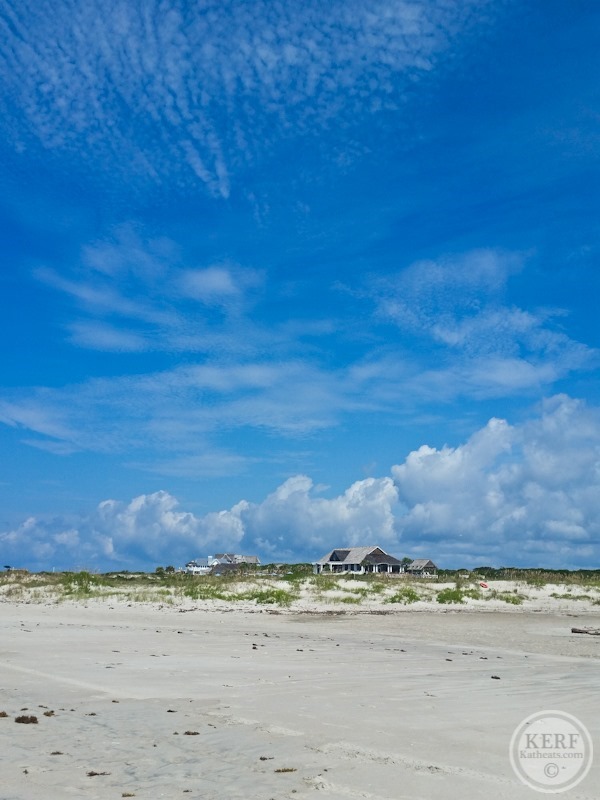 Here’s a recap of our first two days, old-KERF style!

Our trip began with a ferry ride over. The last time I was here we were toasting Larbs and Matt. Mazen was just learning to crawl. It’s been fun to see his excitement over the ferry and the golf carts all over the island. 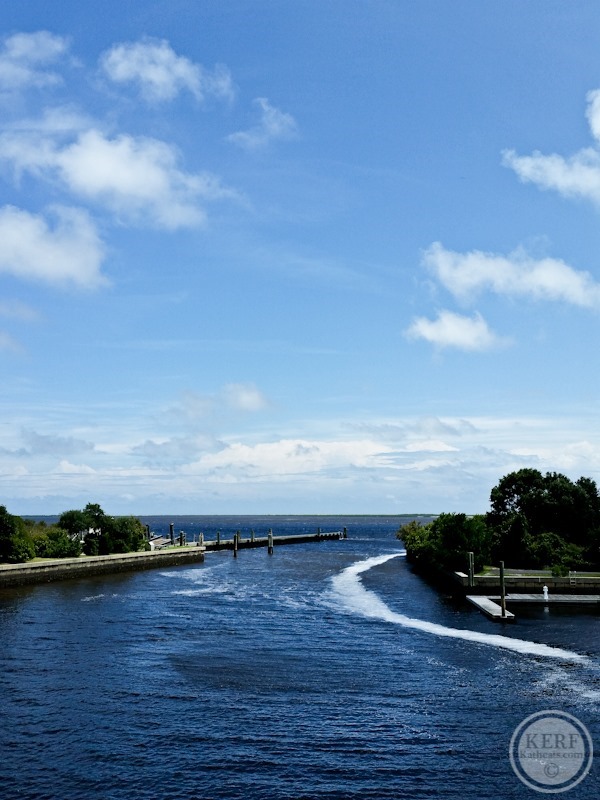 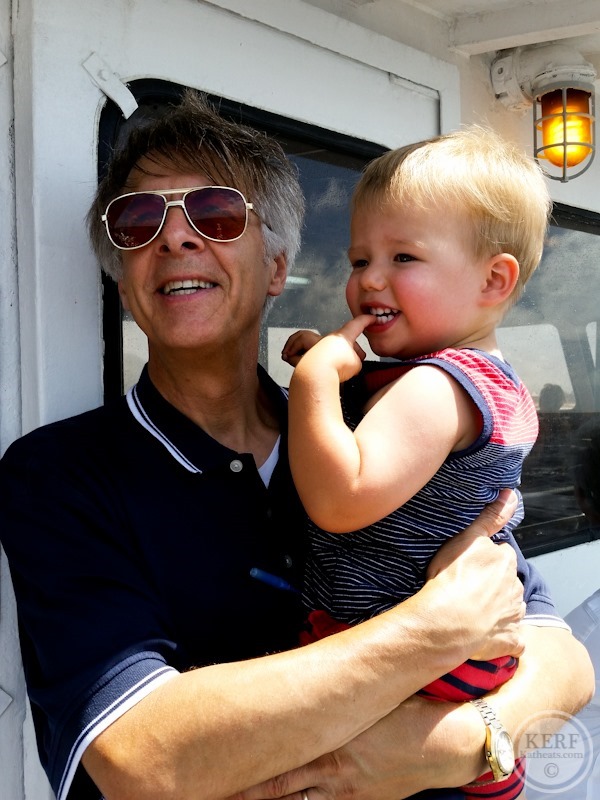 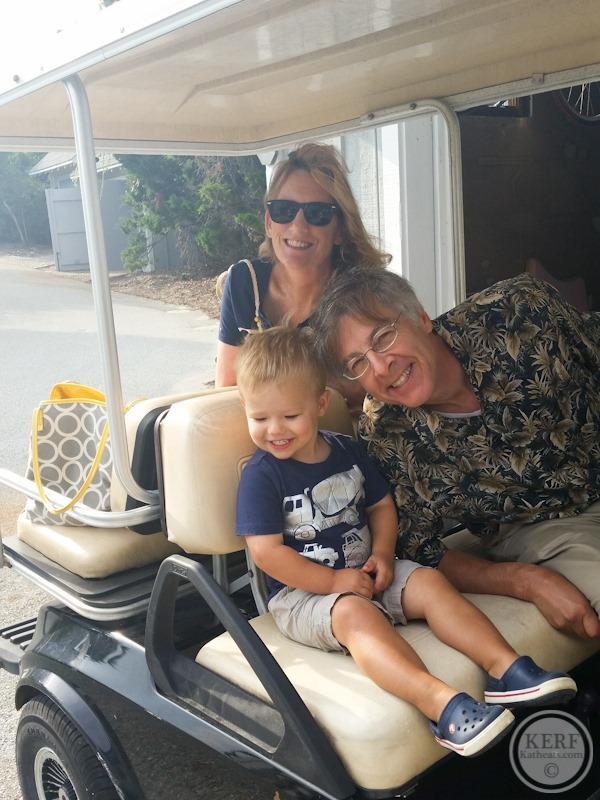 We arrived just in time for Mazen’s nap, which allowed us to get settled in. I found out that my precious DSLR is broken (something isn’t focusing), so I’ve had to take all the photos with my Galaxy S5. So thankful cell phone cameras have gotten so much better. 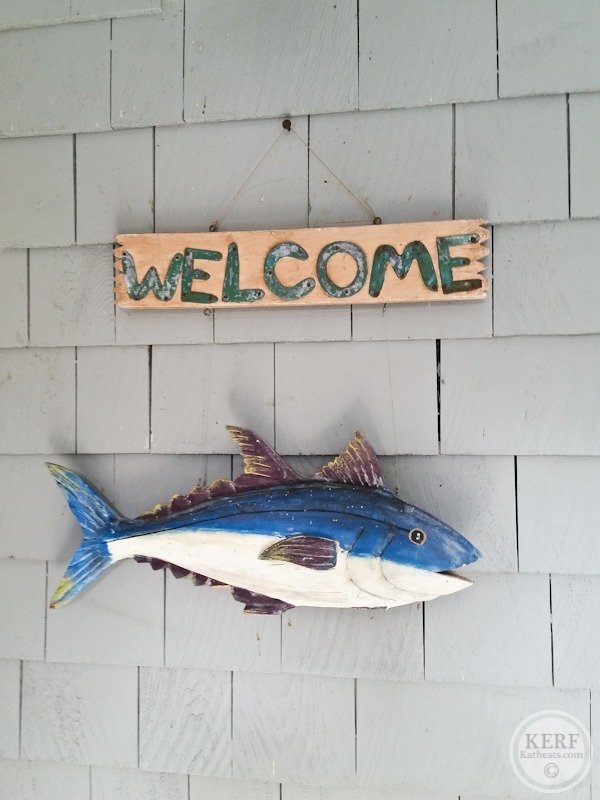 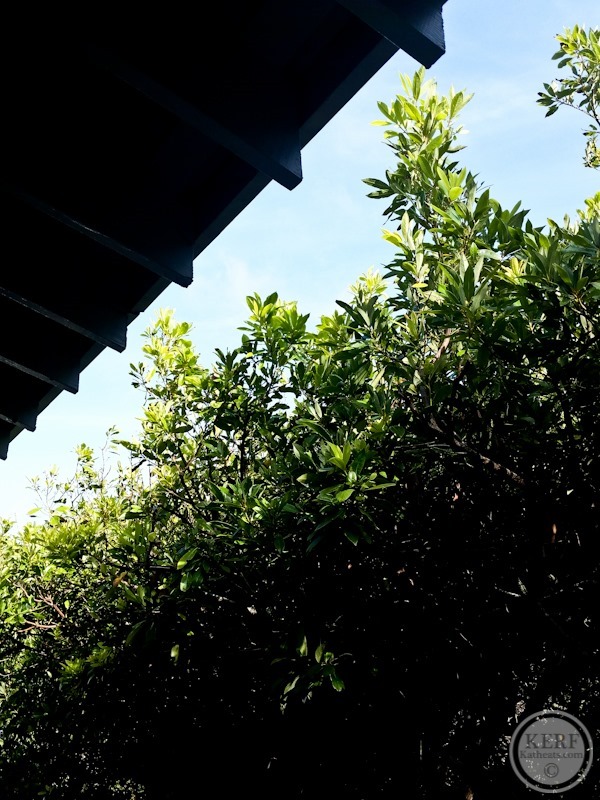 During nap we opened a bottle of wine for an early cocktail hour and I settled down with a new book, Orange Is The New Black! My mom read it and said it’s fabulous. I haven’t seen the Netflix show yet, but I plan to. 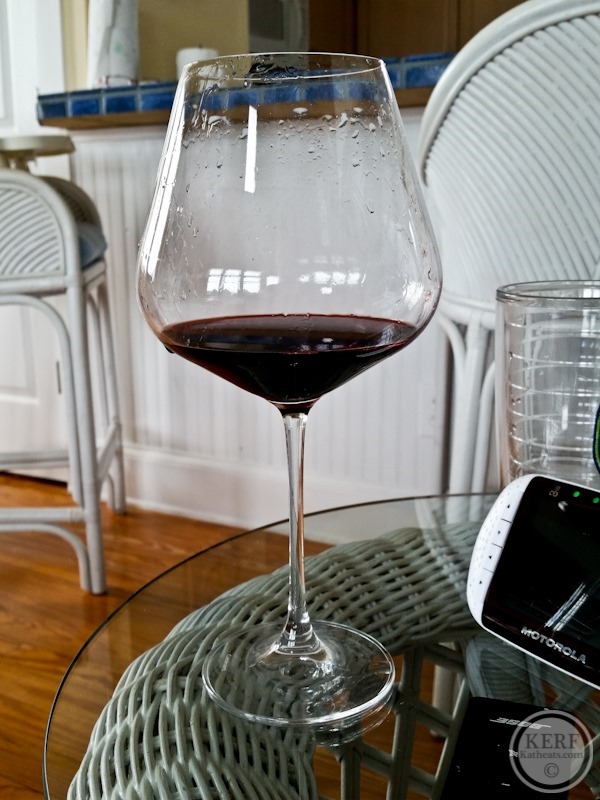 When Mazen woke up, we dressed up for dinner and headed to the Peli for pizzas!

We ordered some nachos to start us off 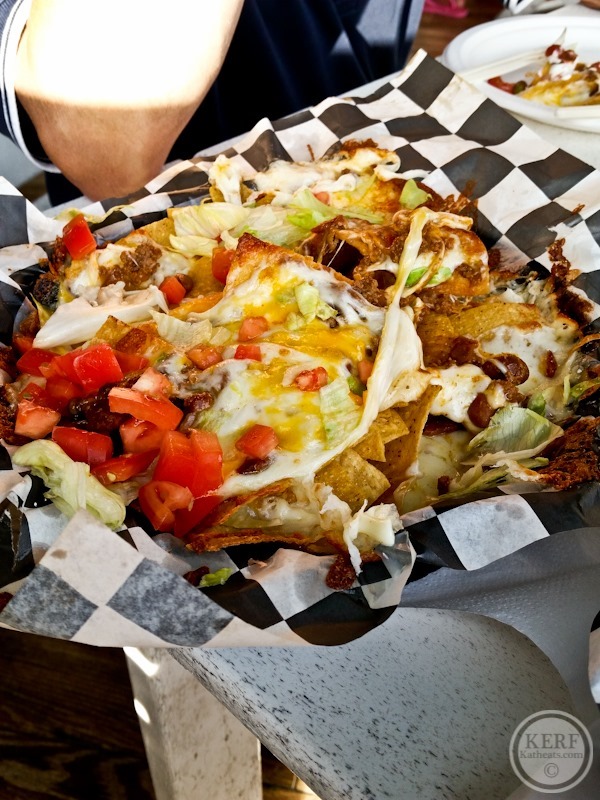 A couple of summery Blue Moons… 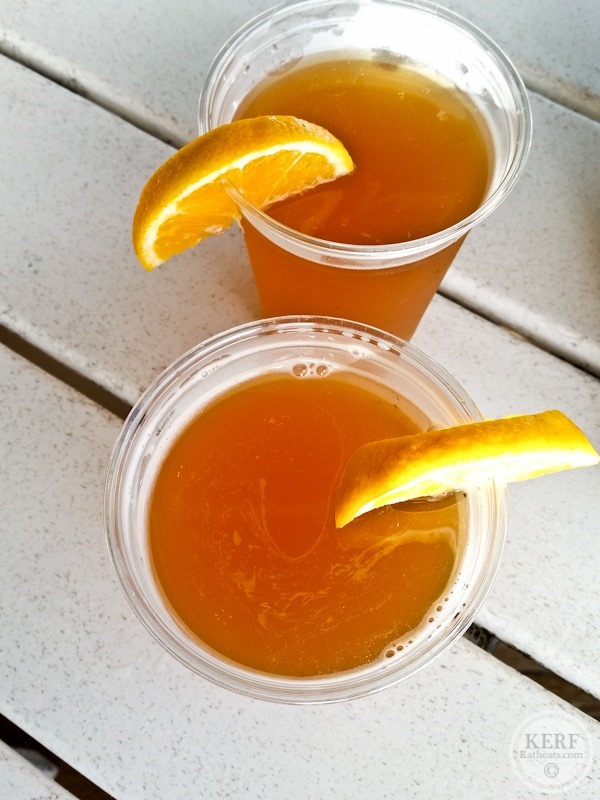 A house salad for me 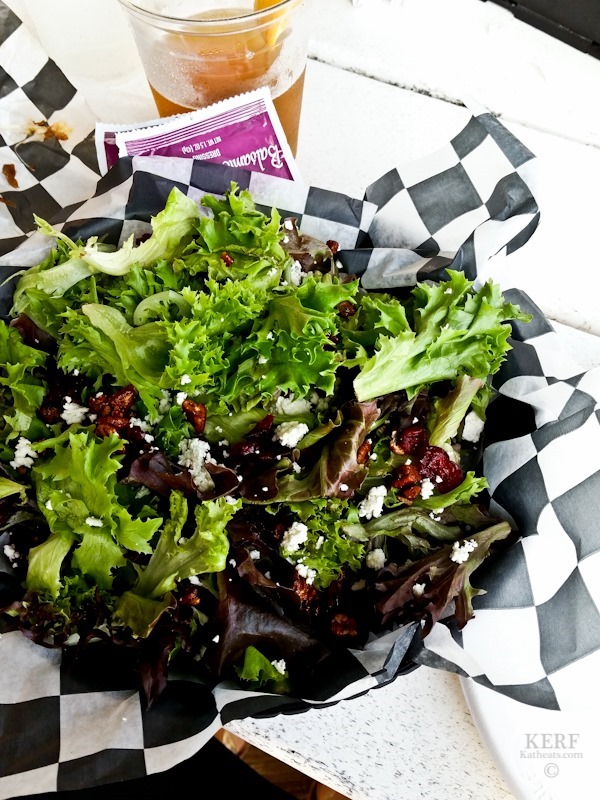 And this awesome pizza for the table. Four cheese plus pesto, artichokes and mushrooms. So cheesy! 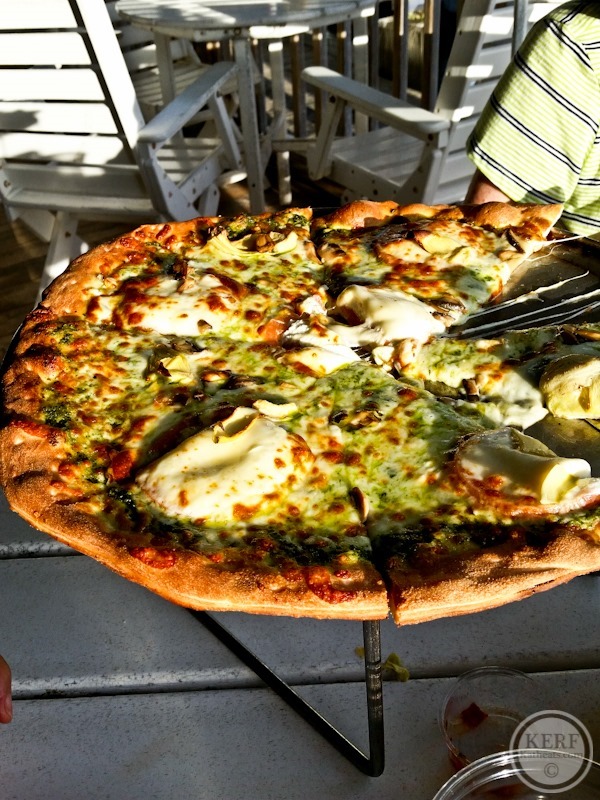 After some playground fun for M, we headed home for family ice cream bowls! 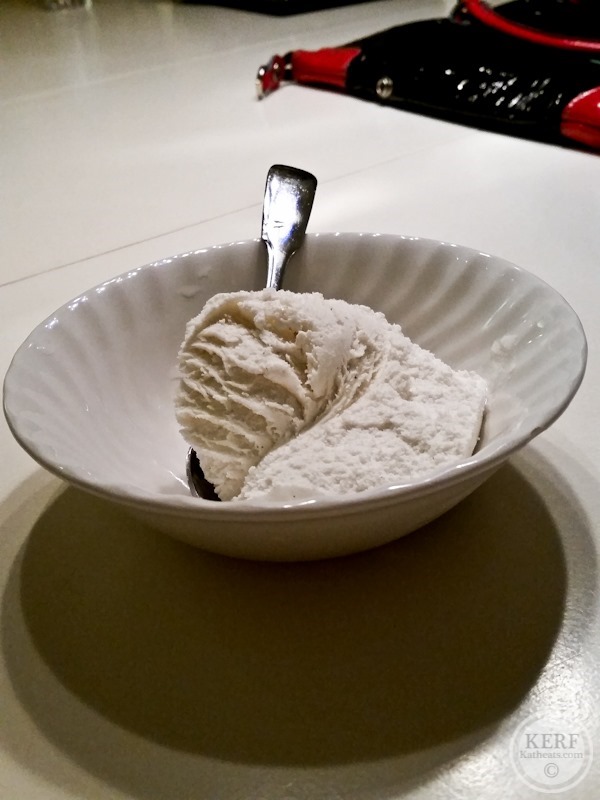 Tuesday morning I woke up and went for a quick run. Probably about 2 miles – just enough to get in a good sweat.

Then I made us all egg sandwiches for breakfast – blueberries on the side. 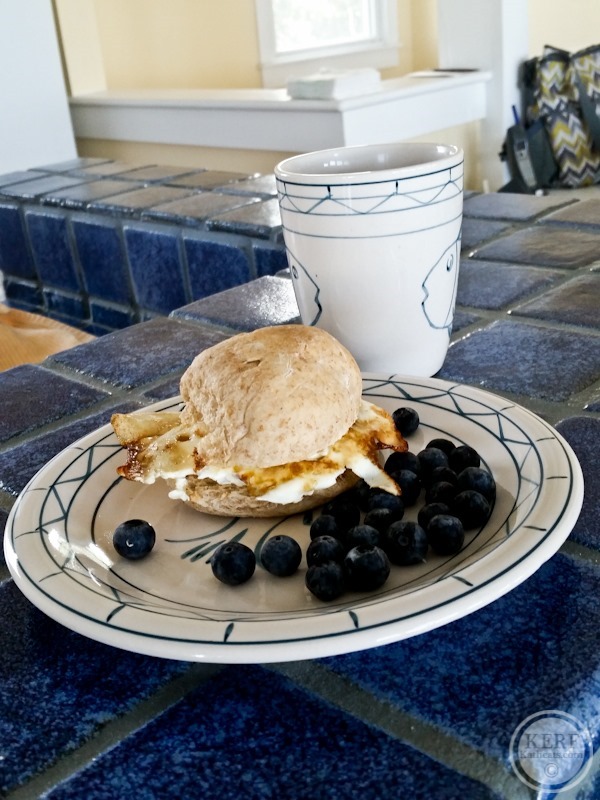 We loaded up and headed to the Shoal’s Club for a morning in the water and sand. 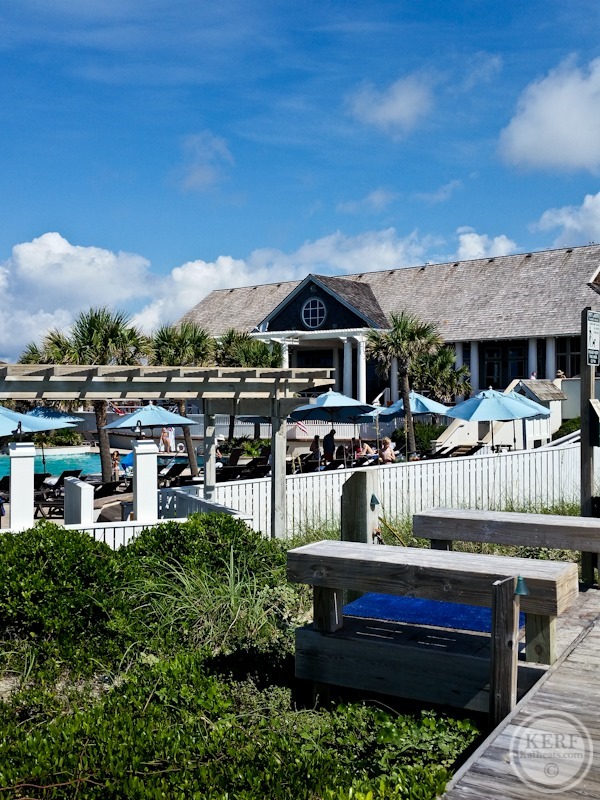 (He is actually saying CHEESE!) 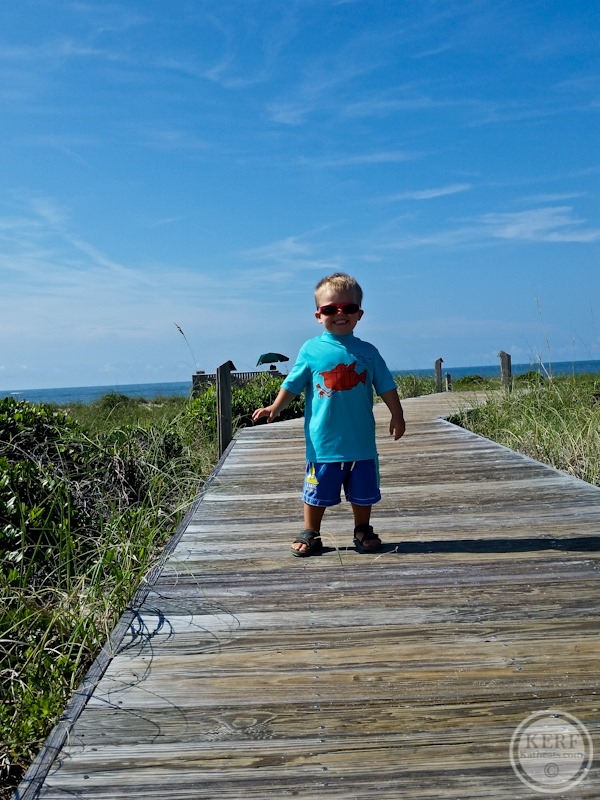 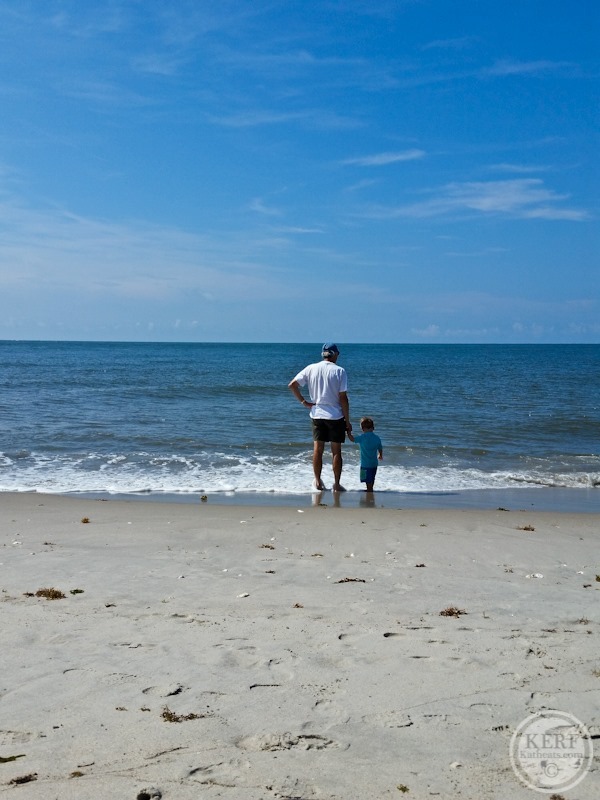 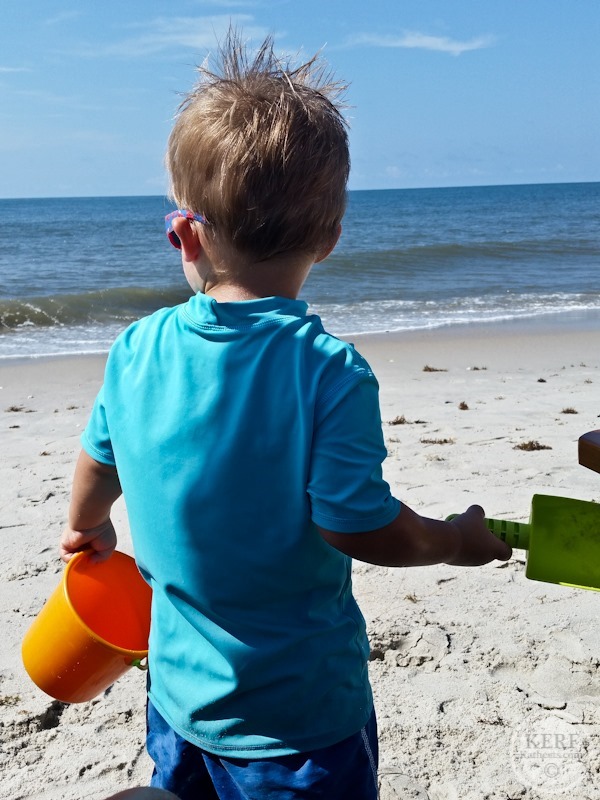 We took M to the point where the surf is crazy and tidal pools make fun baby pools. M loved it! 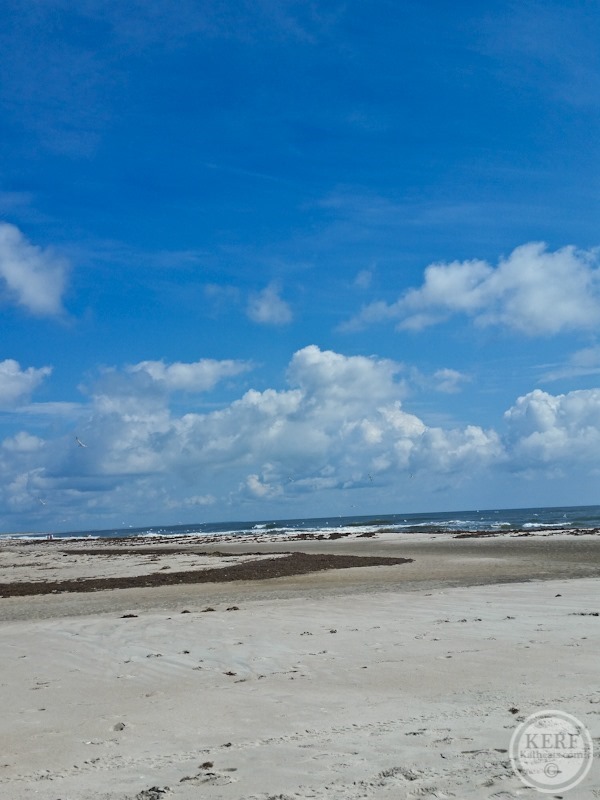 We also spent some time in the awesome baby pool. M is walking here – it’s the perfect depth for him. 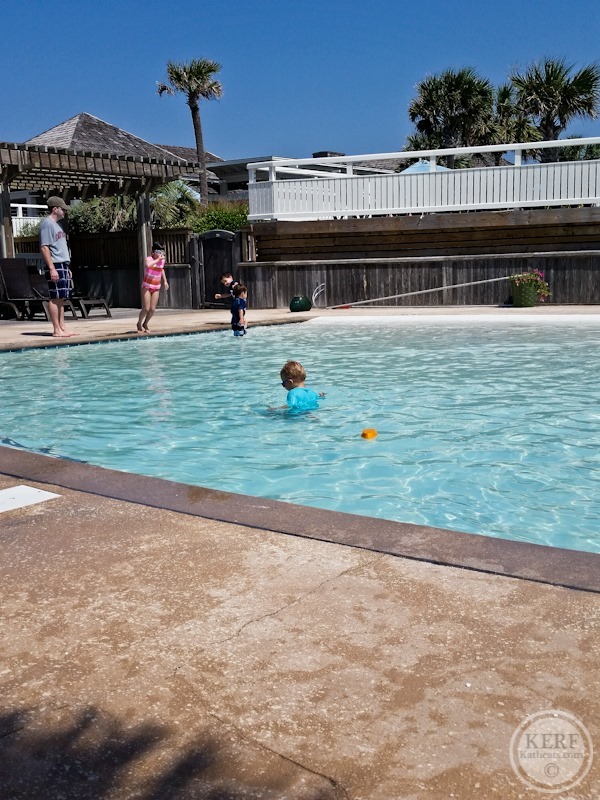 Back at our house, I made salads with tuna and bleu cheese on top. 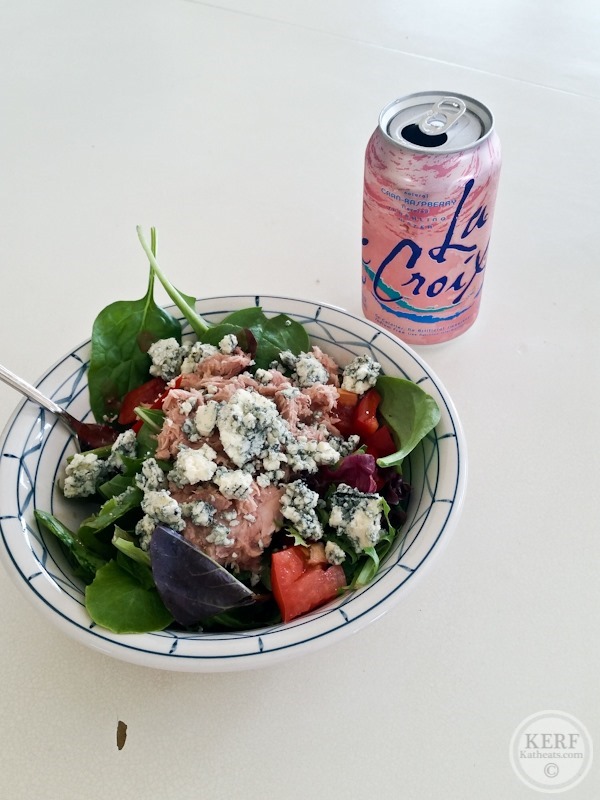 And a big bowl O chips! 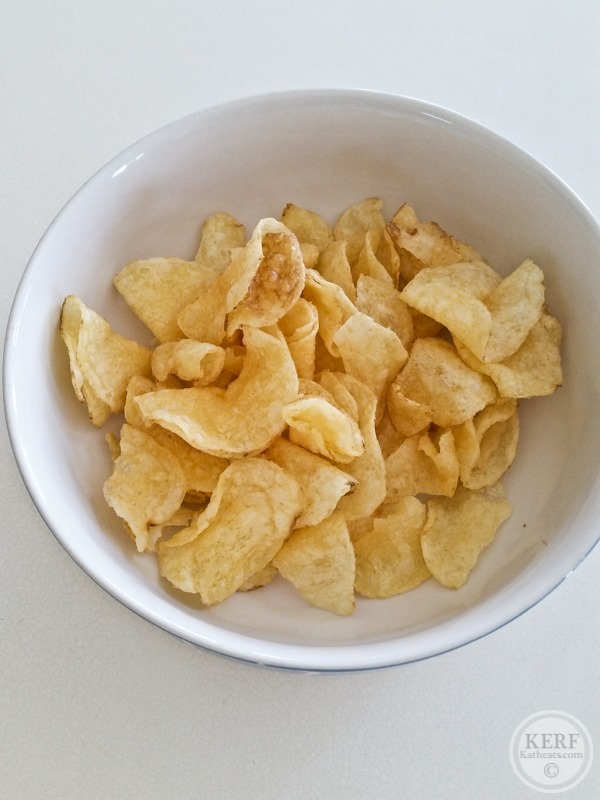 For dessert, I had brought some Scottish shortbread from the Cville farmer’s market. 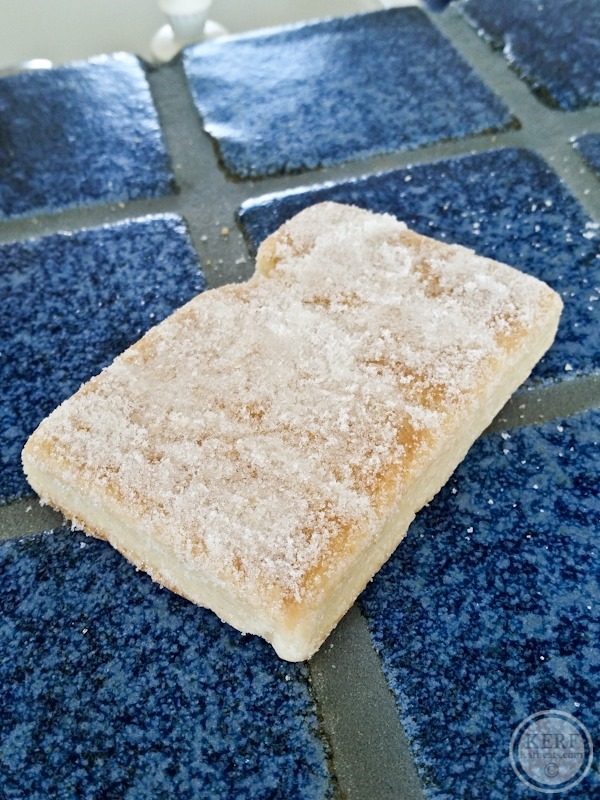 After yet another cozy naptime afternoon, we headed out for dinner at the Bald Head Island Club. 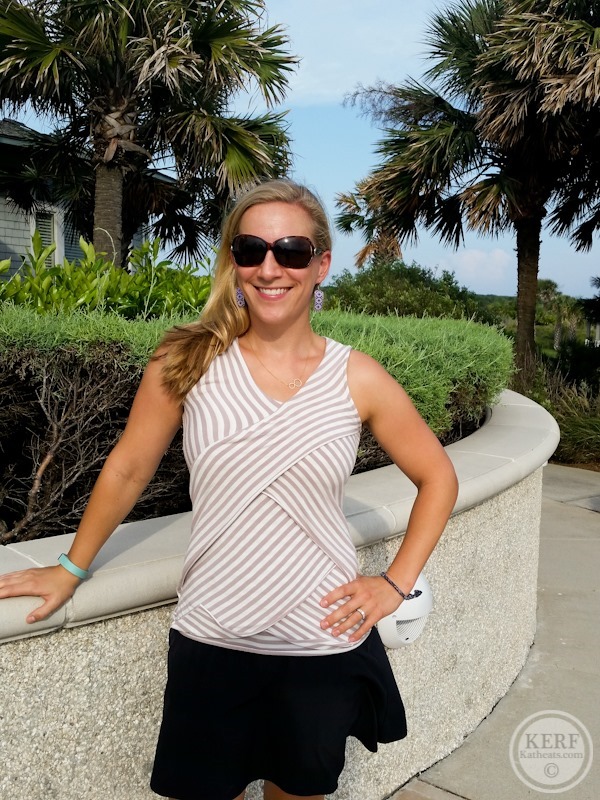 We shared some baked oysters topped with breadcrumbs and pico 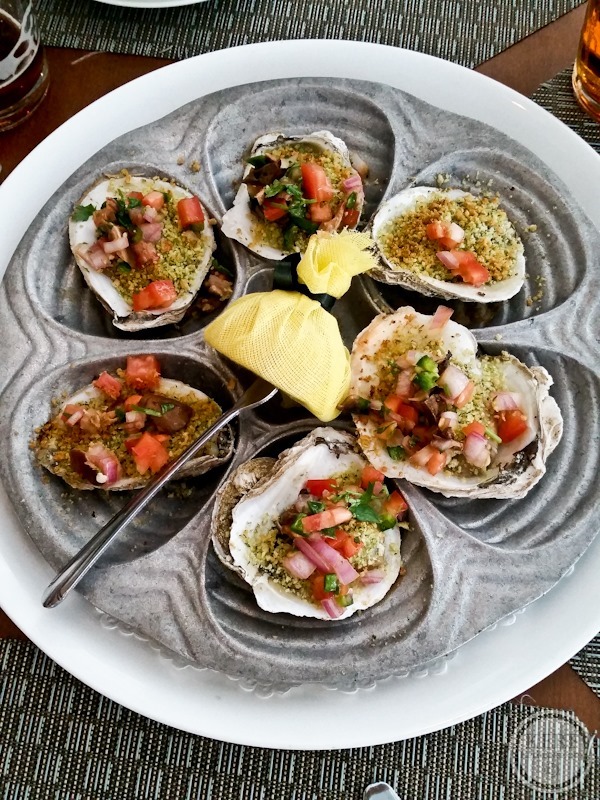 And I had an epic glass of wine. Or two… 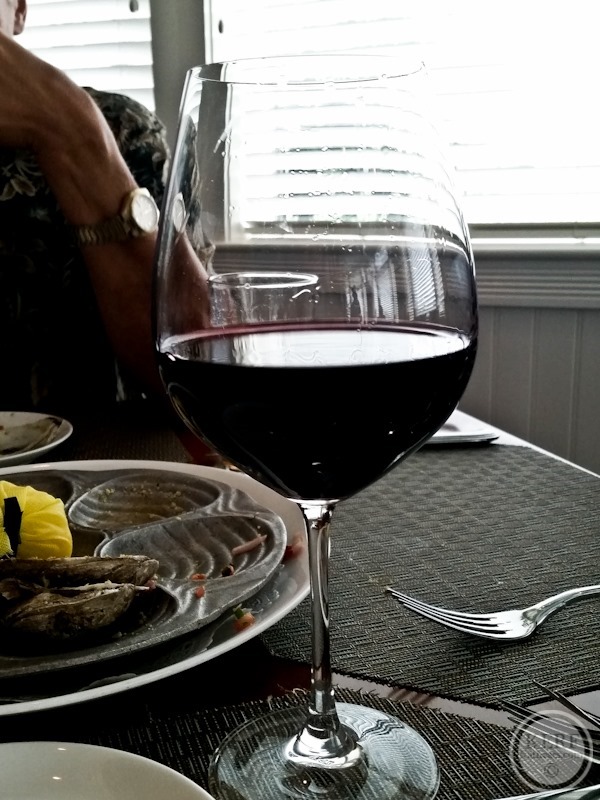 For dinner I enjoyed the fish tacos, which came with a black bean cake on the side. 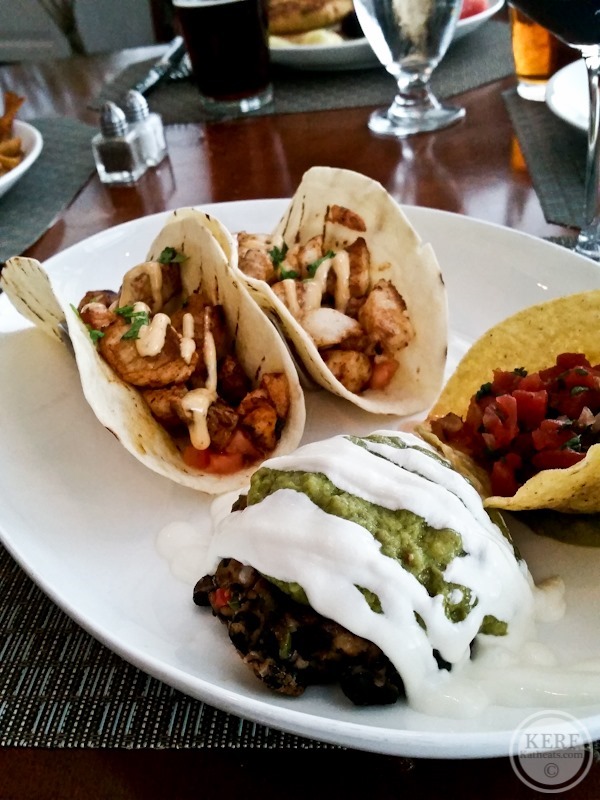 And we concluded the evening with more Breyers Natural Vanilla – my fav! 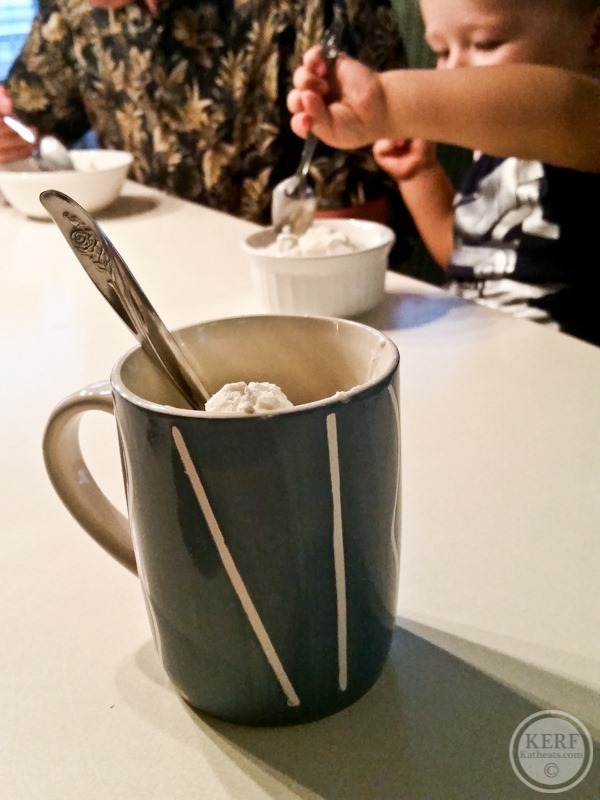 See you tomorrow for part II!