Somebody got lucky!!! Justin was nice enough to give Matt his old iPhone! I agreed if he could find a used phone, we’d bump him up to a data plan. Thanks Justin!!! 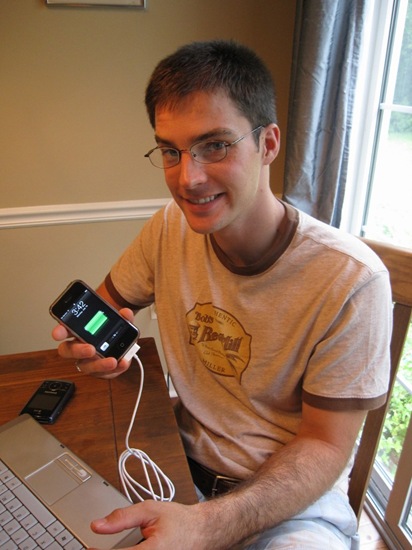 The two of us walked to the grocery store this afternoon to pick up a few things to tide us until our trip on Friday. So glad our sun decided to come out 🙂 I had wanted to go to the farmer’s market to be all green and all, but that would have involved at least 10 miles of driving and gas, so I decided a walk to Harris Teeter and make an effort to choose foods that had the “Local” sign on front of them. We bought $18 worth of produce and yogurt – bringing us up to $55 for the month.

Would have been less if I hadn’t stumbled upon this sale: 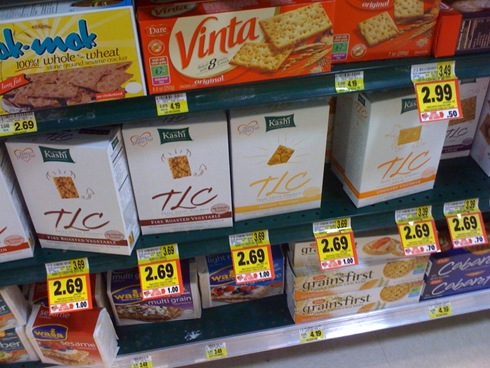 I’ve slowed waaaay down on my consumption, but they are still just as delicious. I was waiting for a sale to get some more. You should be proud of me though – I had two boxes in hand and actually put one back and came home with one in the spirit of our grocery budget challenge.

Had to have a few when we walked in the door! 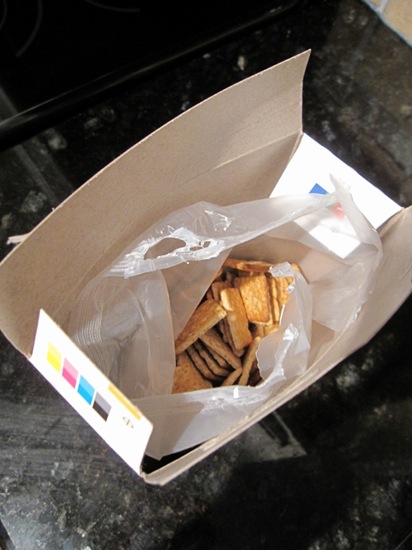 It was also a fun day for the mail! I got a letter from my grandmother on a hand-painted brontosaurus card, which included a drawing I did for a play we put on at Christmas in 1991!!, and a post card from Jenn in Hawaii!!!!! 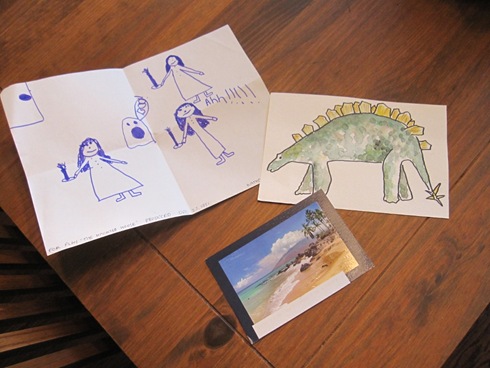 Dinner tonight was low-key but festive – 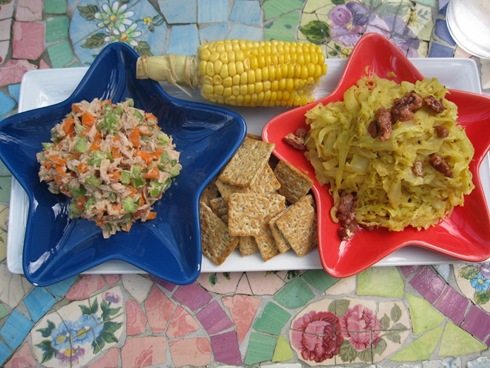 We made a huuuuuge batch of mustard BBQ cabbage 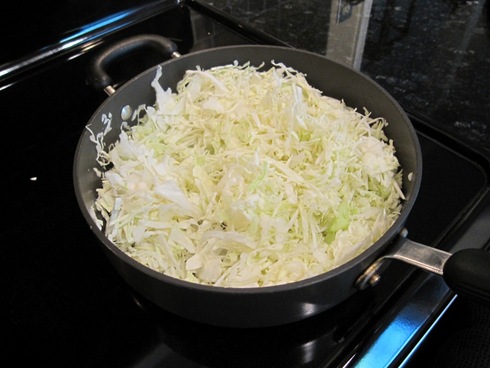 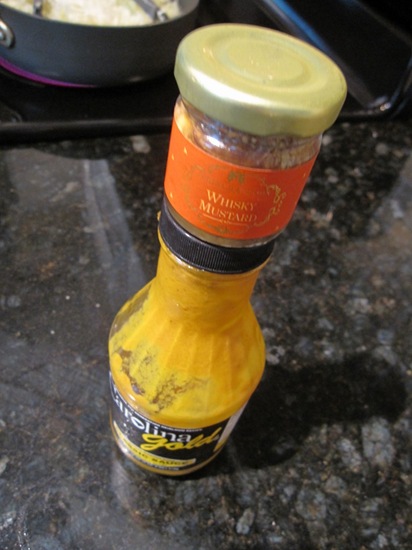 If you want to reduce your grocery budget, include a cabbage!! They are usually only $.47/lb at our store. Topped with the last of the delicious cranberry pecans – 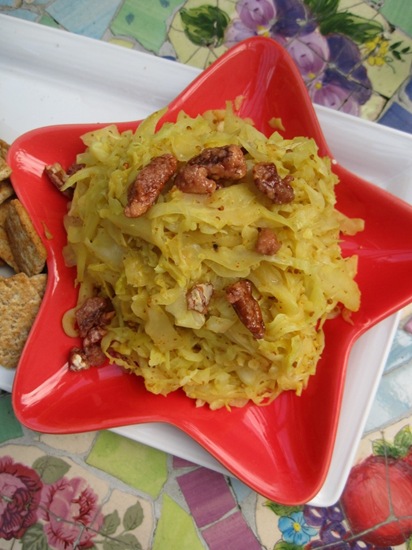 We also munched on tuna salad, made with Oikos and mustard, carrots + green pepper 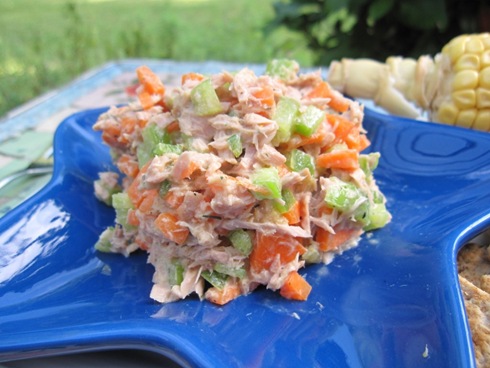 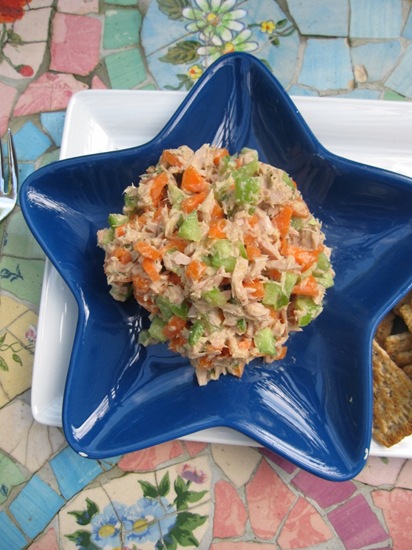 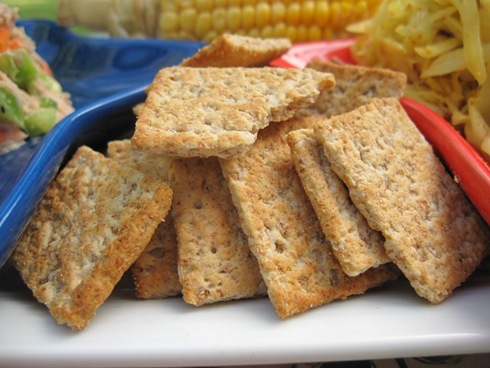 Corn on the cob rounded out the plate 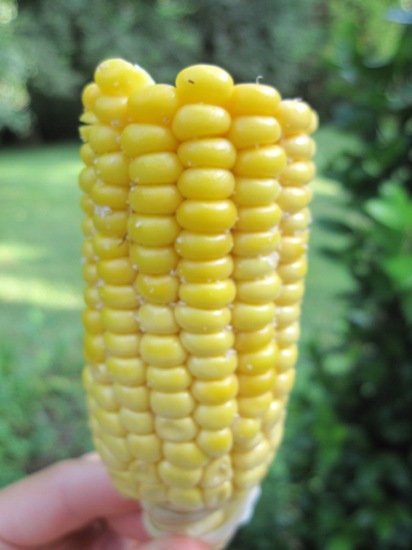 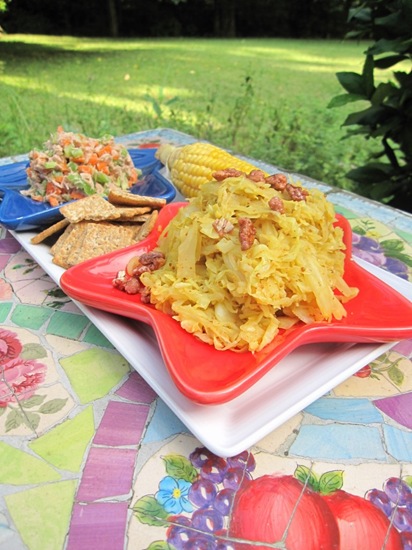 This dinner was quite filling! 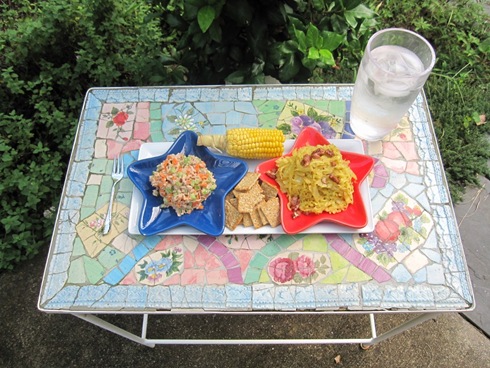 I got an email today about SnagFilms, an online library of more than 700 documentaries that can be viewed at any time for free. In light of the media about Food Inc, this hour+ long film presents organic and healthy alternatives to the large-scale, pesticide-ridden agriculture that’s a major part of what we eat in today’s mass produced food.

The Future Of Food

I’ve got a few more things to do this evening and then I’m off to read in bed.