You are here: Home / Lifestyle / Spring For A Day

We’re having spring today and I can’t wait! The high is 74* and the sun will be out! But it’s only spring for a day since tomorrow is looking like a colder rain and storms. I am hoping to take advantage of today’s great weather with a run around 9:30. I also need to study my flashcards some more, so I might halve the run and walk some of it.

Around 7, I made a delicious bowl of Trail Mix Oatmeal. I used TJ’s Nuts for Raspberries mix, which I broken into pieces with the handle of our can opener to make it more bite size. Those little bits of chocolate never disappoint! 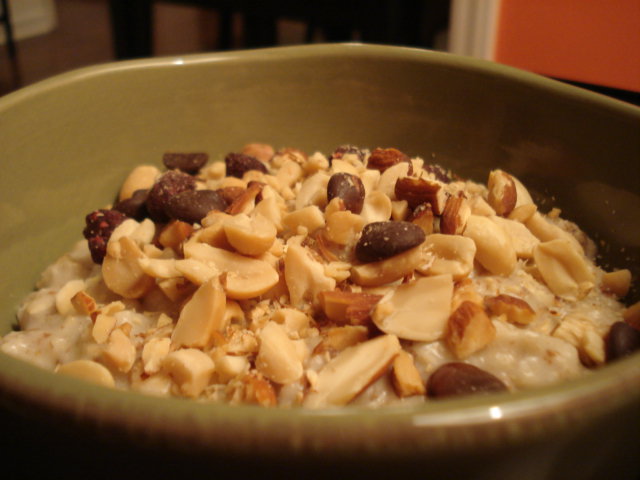 I also had coffee, SANS SPLENDA! It wasn’t as fun to drink as sweet coffee, but I liked it more than I thought I would. I think I just need to get used to it. And I think we need to only buy quality great tasting coffees. We love Fresh Market’s coffees, but we’re almost out of our French vanilla-Hazelnut blend! 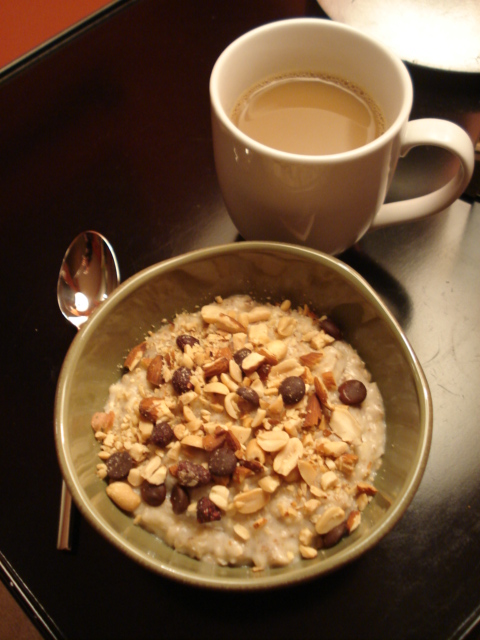 I’ve got Stats and Studying to do, then I’m off to class (eating lunch first!) and then my Exam. It’s almost Spring Break!!! I CANNOT believe I get spring break. A whole week to do nothing? Of course I’m going to try to be as productive as I can and finish my two projects and get ahead in my classes. My parents are coming to visit this weekend and my mom is staying for 2 days to hang out with me on my turf. I’m excited!!

Lunch’ll be up around 4 today. See you then!