You are here: Home / Lifestyle / Serendipity!!!! 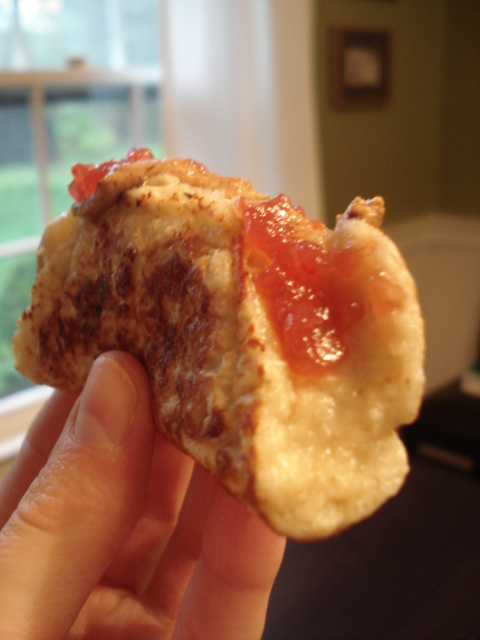 I made these entirely by accident today – what a classic serendipitous occasion! But I suppose it’s continuing on my week of Kids’ Breakfasts 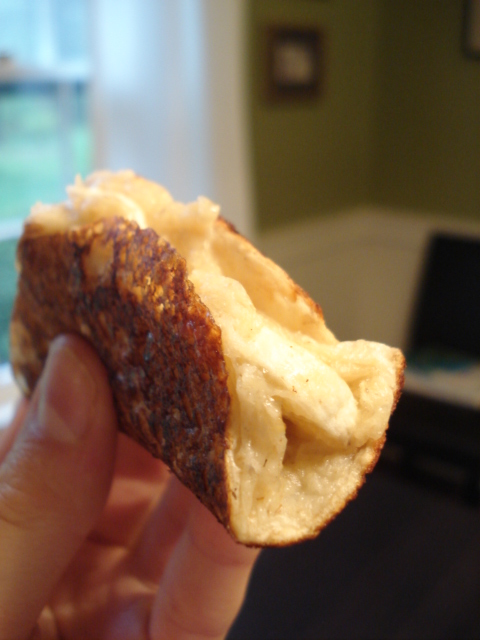 On the others I put AB+J 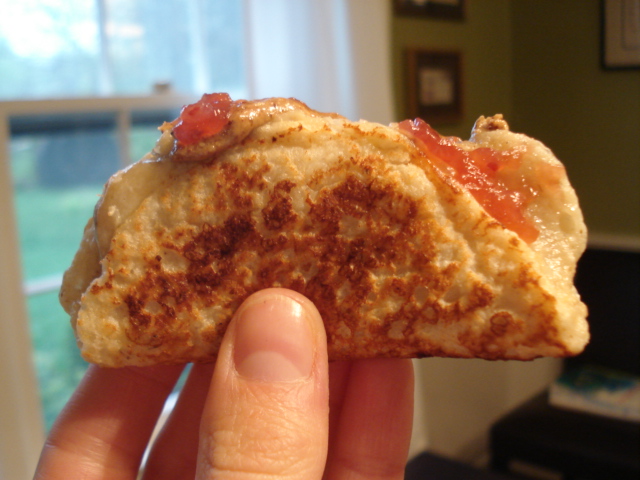 My trio of tacos – 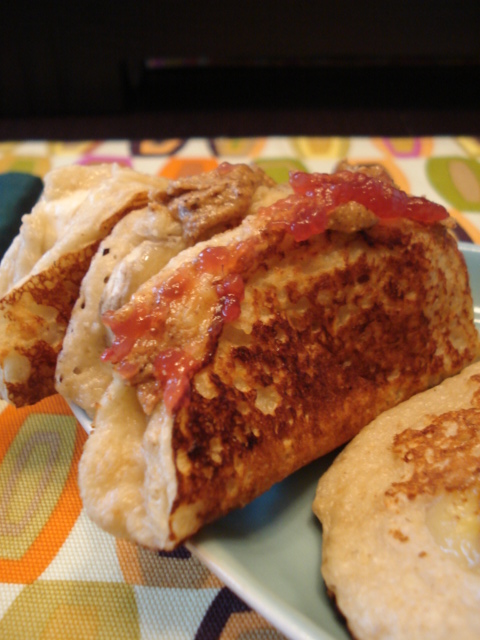 So how did this happen? Well of course I tried to flip a pancake and bent it in half instead of flipping it – the batter stuck and I thought “that looks just like a little taco!” AND, if you’re anything like me and like DOUGH + BATTER, you’ll love these a little undercooked (with the batter gooing out….) If you don’t, just let them cook a bit more.

Back to the pancakes… These are Peanut Butter Boy’s and they are GREAT!! They’re made with oats, cottage cheese, egg whites and banana – all pureed together. I used 1% cottage cheese and added a pinch of salt, a tsp of vanilla and 1/4 tsp of baking powder. The batter was delicious and because it’s made with egg whites it’s OK to eat a little uncooked (you can actually eat the egg whites straight from the carton or put them in smoothies, so the carton says). And the recipe made a TON of pancakes! (This is half – the husband had the same amount) 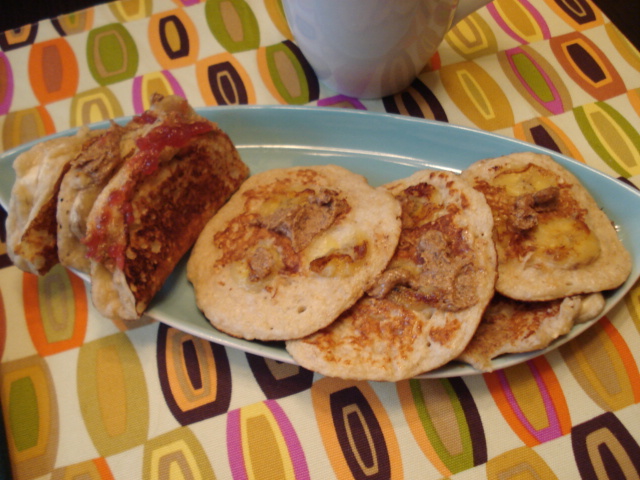 They might seen extravagant, but the ingredients are oats (whole grains), cottage cheese and egg whites (protein), banana (fruit) and then almond butter on top (healthy fat). A complete breakfast!

The were a wonderful texture. Just like pancakes made with flour. I think the cottage cheese helped keep them extra moist. I added sliced banana to them while cooking. Check out this marshmallow guy peeking out! 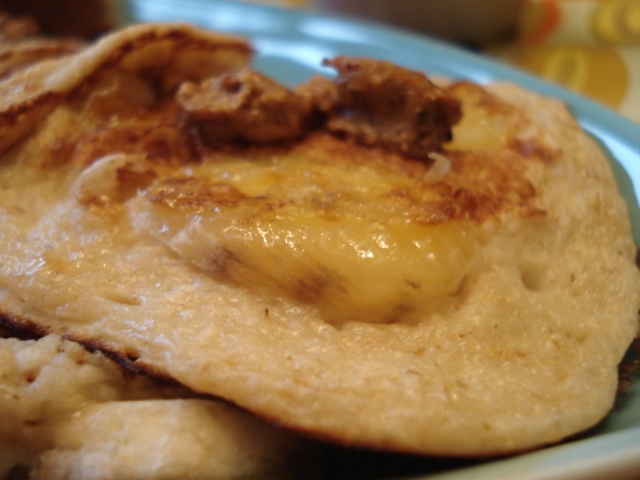 From above with a cup of coffee – 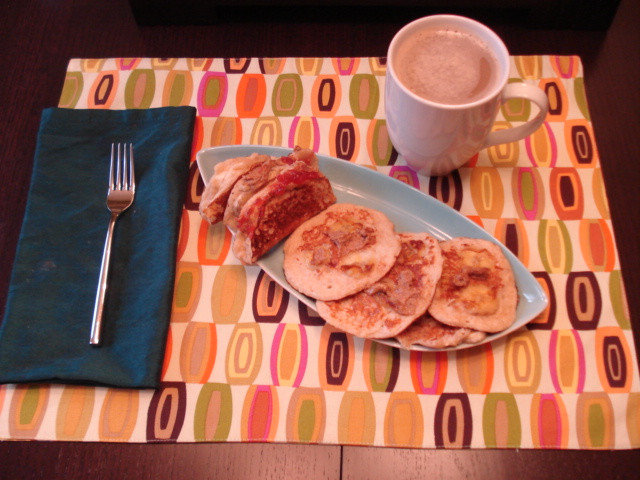 The pancakes alone were 390 kcal, 7 grams fiber and 31 grams of protein. With a tbsp of almond butter and coffee milk, this breakfast was 515 kcal, 8 grams fiber and 36 grams protein. That should be great fuel for a mid-morning workout 😉

The pancakes took me a while to make (because there were so many!) so I don’t think this will become a mid-week staple, but I will be making them again next weekend! Thanks Peanut Butter Boy for the great recipe!