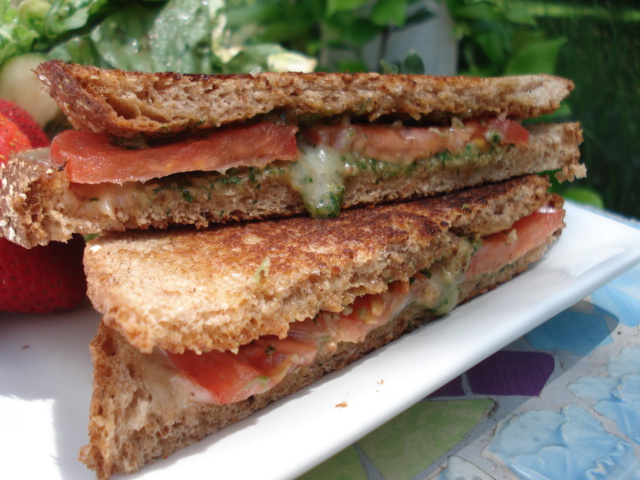 Oh my – this was sandwich heaven! I watched an Oprah I had recorded where Gayle rated sandwiches from all around the country and wrote down this version of grilled cheese to try: Havarti, Tomato, Basil + Honey. The honey MADE the sandwich!! It’s too early for fresh basil, so I used some of my cilantro pesto instead. Actually, I think pesto is probably a permanent substitute, but I’ll use basil this summer. I don’t think my sandwich had nearly the amount of havarti that Gayle’s did, but it was still tasty.

I also made a salad with lettuce, zucchini, green pepper, celery, sprouts, goat cheese and Annie’s Maple Ginger dressing. I tossed it all in the bag the lettuce mix came in and unfortunately couldn’t taste the dressing AT ALL. I used a whole tablespoon too – so I wasn’t going back for more since it’s 70 kcal per tablespoon I think. But since I’m not a huge salad dressing person, it wasn’t a big deal. Just something to take note of. 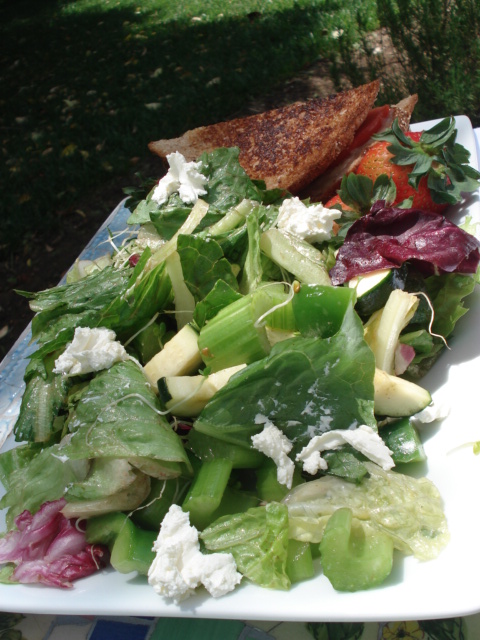 Plus a few strawberries – 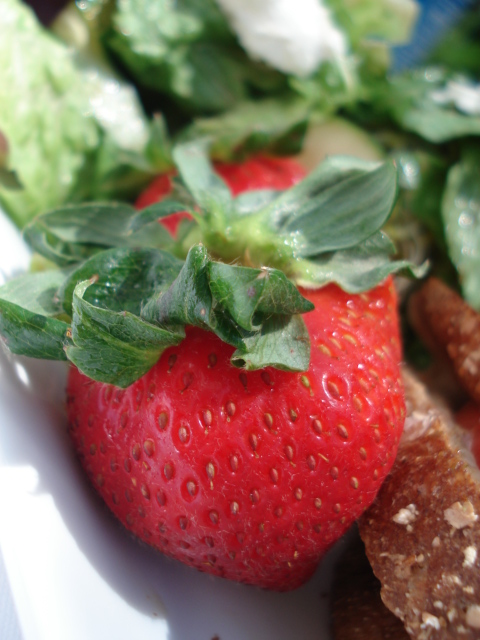 With a can of seltzer – 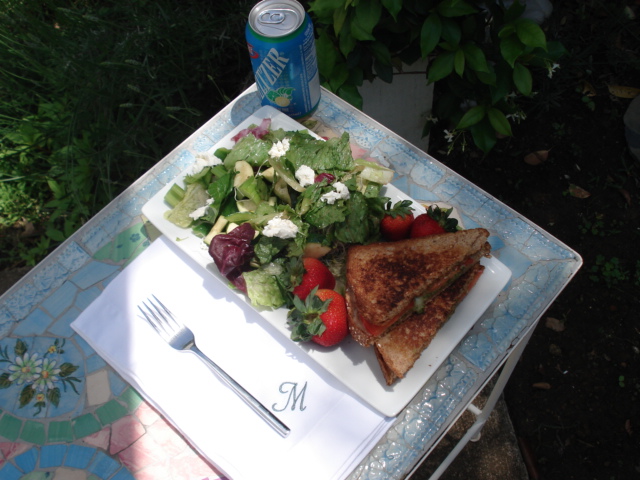 I sure hope I’m hungry by 4:30 because I ended up eating a later lunch than planned!