With all the sweating I’ve been doing, no wonder salty sounded good today! 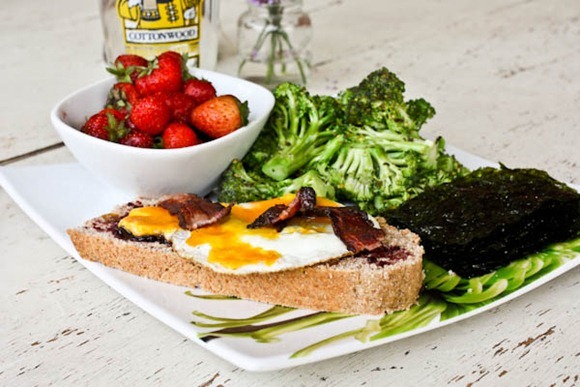 Body Pump was CROWDED! The most people ever – they even ran out of bars. I pumped hard, but it wasn’t the hardest day ever. The bike ride home was tough though!

For lunch I had to use up some broccoli on its last day and the strawberries I picked yesterday. I paired those with toast with bacon + egg + jam and some seaweed!! 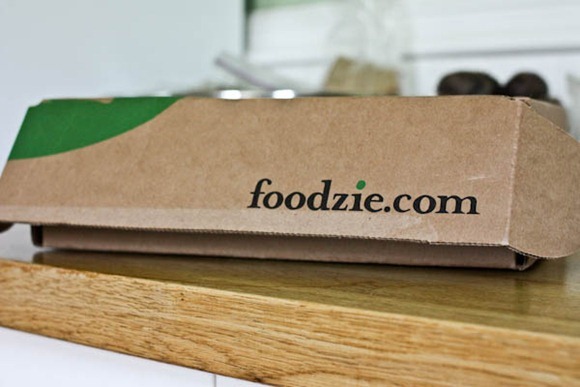 Inside I found two flavored salts!! Salt (and smoked paprika) are the foods of 2011 : ) 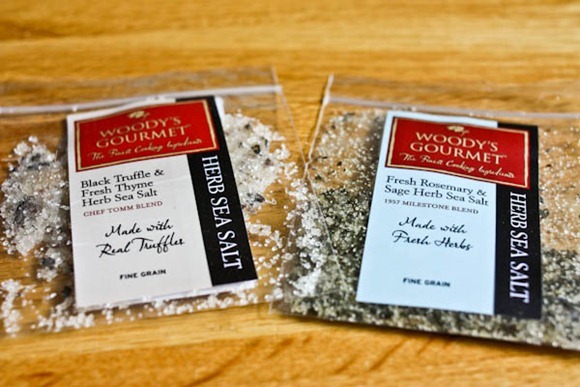 I put the Rosemary + Sage Herb sea salt all over my broccoli after sautéing in some olive oil – love!!! Everyone always asks about my lavender salt, which I got at the San Francisco Farmer’s Market. But herby salts are actually pretty easy to make if you just blend your favorites with sea salt in a food professor. I like my coarsely ground, so don’t blend too much! I have yet to make my own because I’ve had these good flavors on hand, but I will someday! 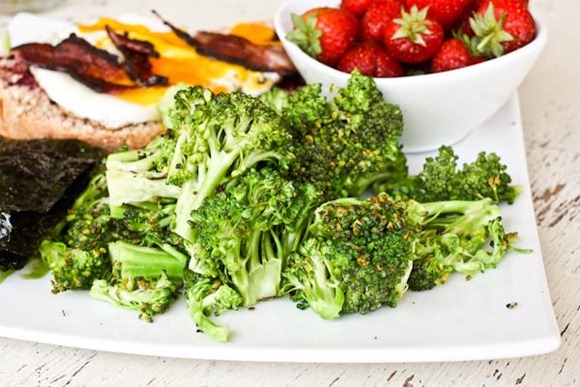 Also in the box – Seasnax! 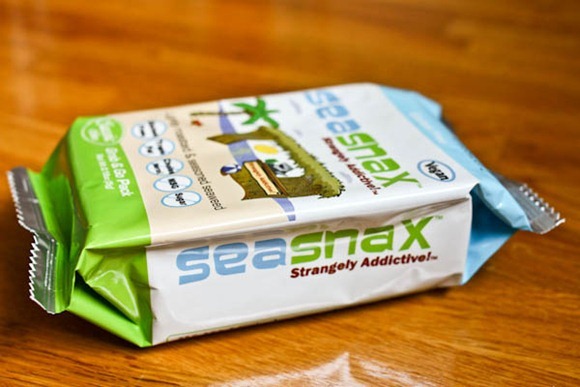 I didn’t know what to think about these sheets of seaweed but the package said they were “strangely addictive.” 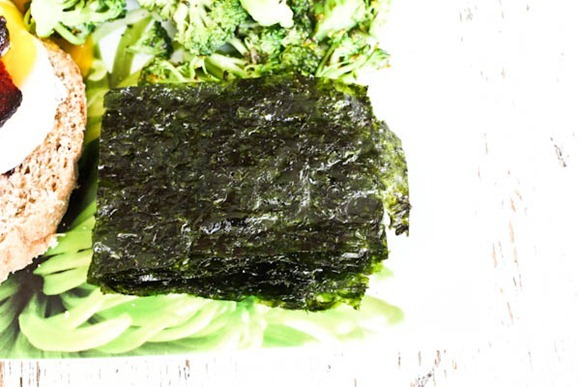 They were right!!! They melt in your mouth like those Listerine sheets and taste like the best sushi I’ve had. I ate ‘em all! 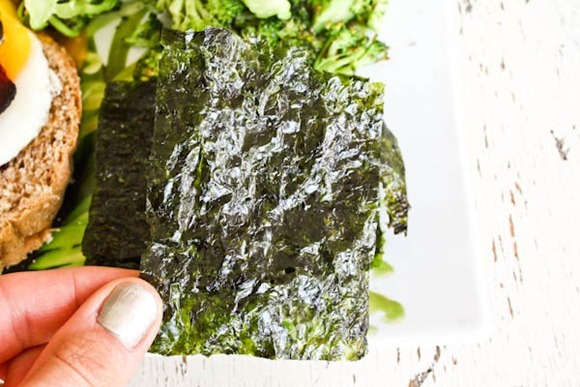 Slice of honey whole wheat with bacon + egg + Grandma Candy’s jam. I was just going to do the egg, but we have local bacon in the fridge so I added a slice at the last minute. 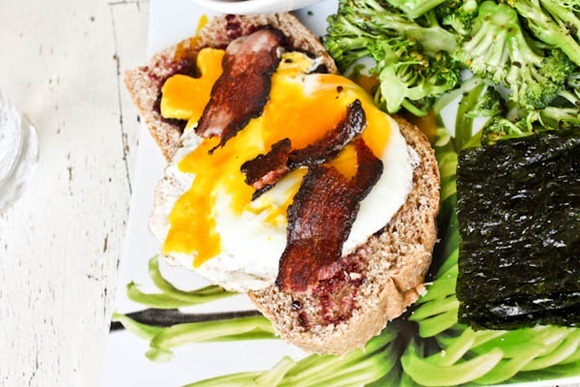 I love bacon because of its small portion. Had this been some huge slab of meat, I would have never wanted to cook it, but once slice of bacon is usually less than 50 calories and enhances a plate with so much flavor! 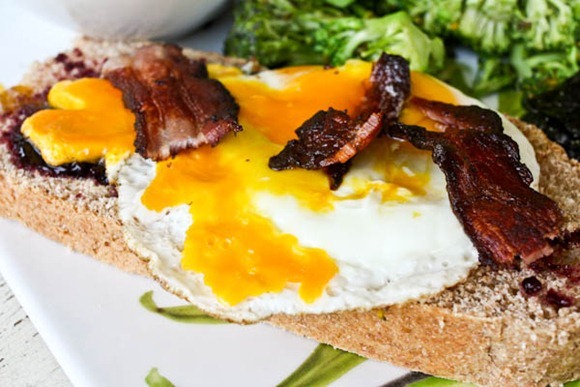 If you haven’t seen enough strawbs.. 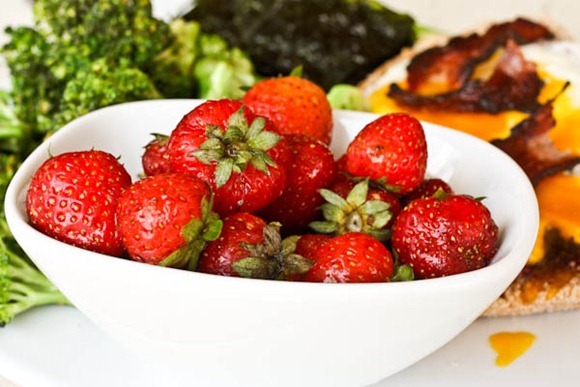 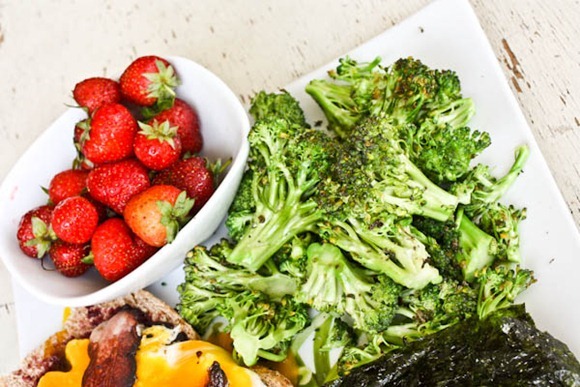 Do you know how badly I wanted sparkling water today? Enough to venture in the basement for the first time since Saturday afternoon after seeing a HUGE camel cricket. A similar scenario to this time! 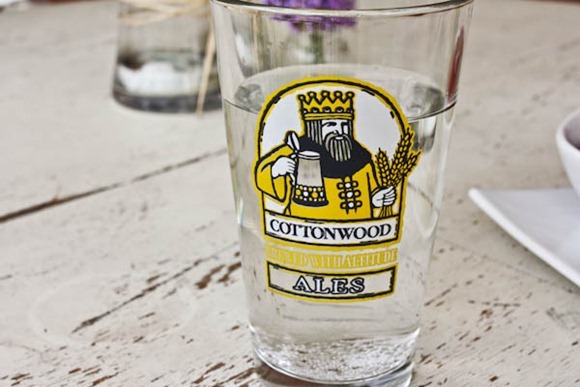 Happy munching – I’m off to the bakery on my bike. Time to sweat some more! 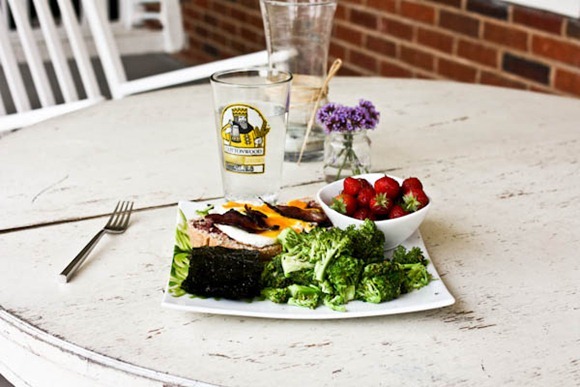