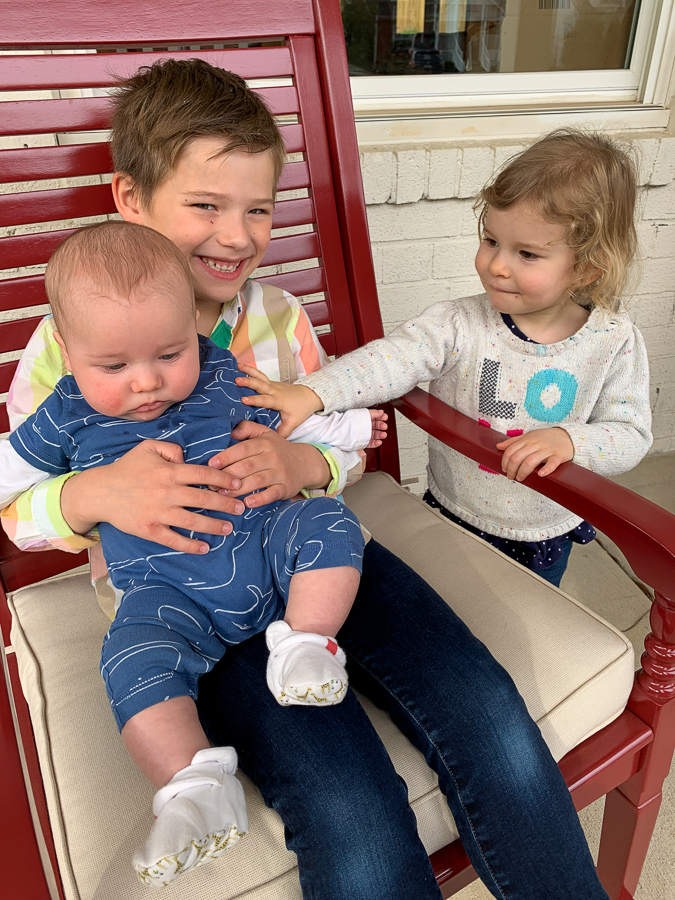 We took a little trip this weekend to meet up with my family in Charlotte. Thomas went out of town for a guys weekend / bachelor party, so I made the trip to Charlotte solo. Man-oh-man, I don’t want to drive again for a long time! I had hoped Birch would continue is two hour morning naps in his car seat, but alas he never slept more than a 33-minute sleep cycle the whole trip. Poor little guy cried at least once and hour, and we stopped so many times. It must be so hard to be a baby. I don’t like car trips and I’m a grown up. I sat in the drivers seat going through all the things he could be unhappy about (hungry again, diaper, hot, cold, overtired, undertired, uncomfortable, bored) and it was so hard not to be able to help him while I concentrated on driving. Mazen, however, was happy as a clam back there with his iPad! He was helpful at times to give Birch a toy or play peek-a-boo, but that only lasted for about 10 minutes.

We stopped mid-way at a McDonald’s so we could all stretch, I could use the bathroom (I held it for ages not wanting to stop at a gas station), Birch could have a good long nurse and cuddle, and Mazen could get lunch. 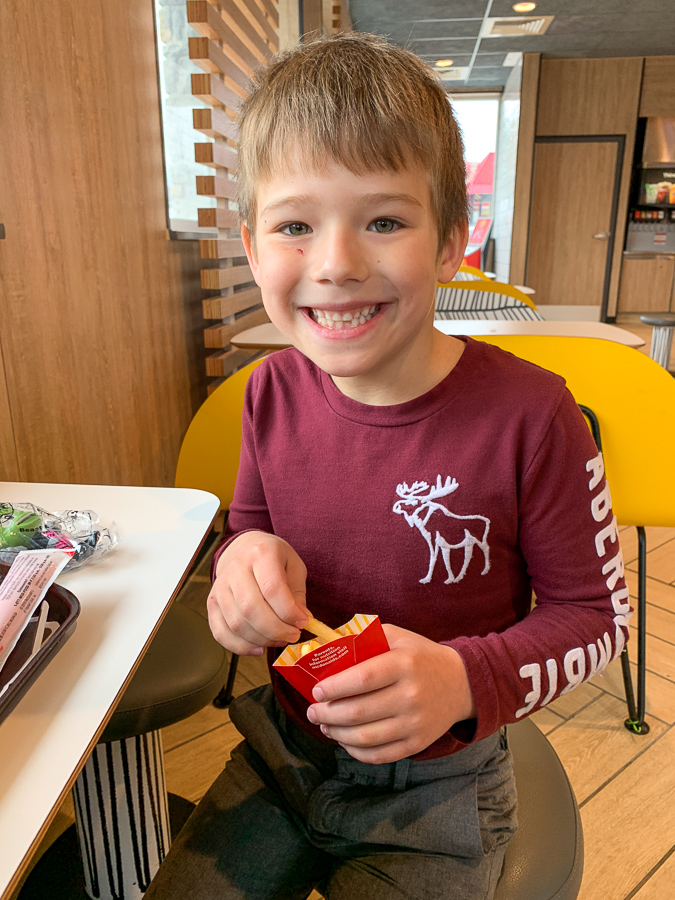 I brought some slow food from home 🙂 Quiche and grapes. (I did have a chicken sandwich on the return trip – full disclosure!) 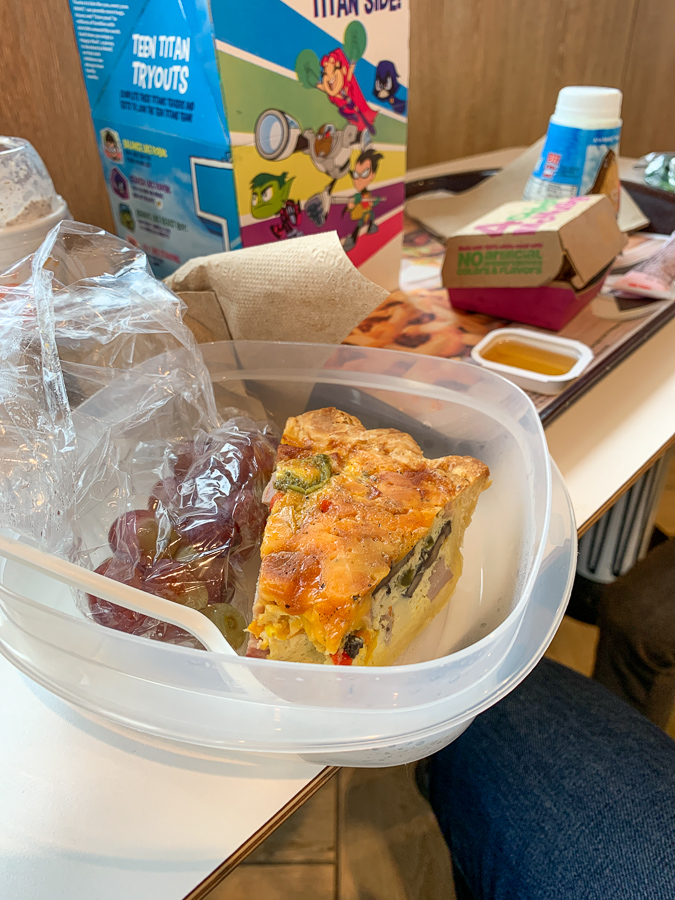 Eventually, through torrential rain, we made it to Charlotte greeted by a happy Emerson! 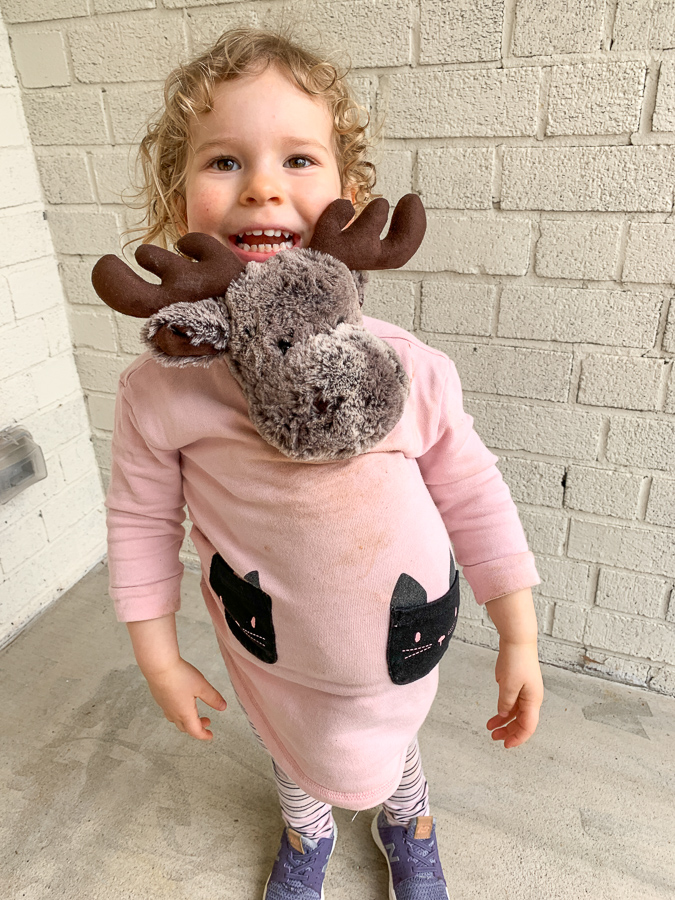 The kids played outside while Larbs and I caught up. Their new house is so beautiful! 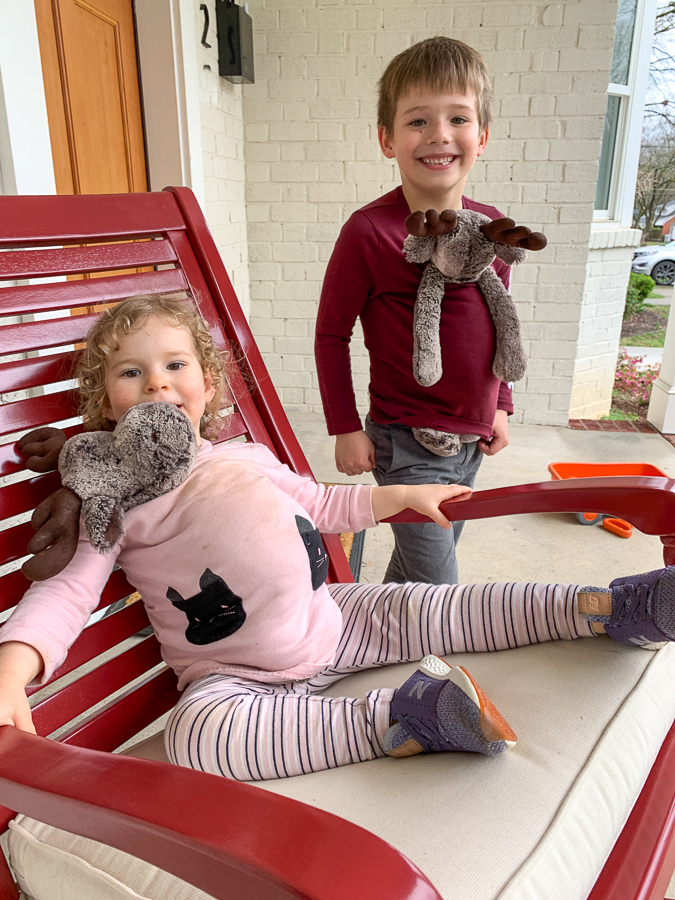 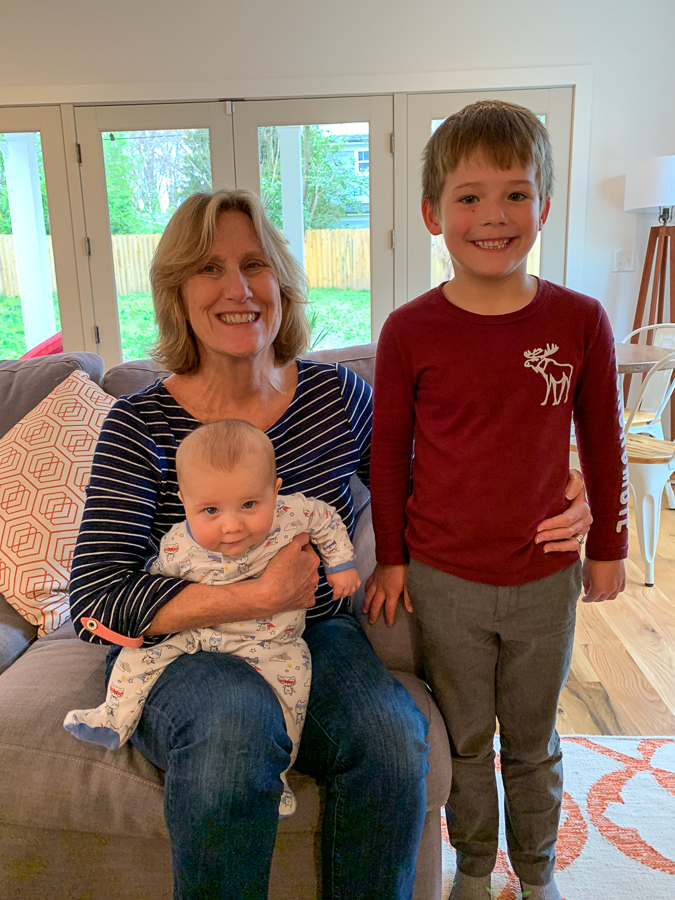 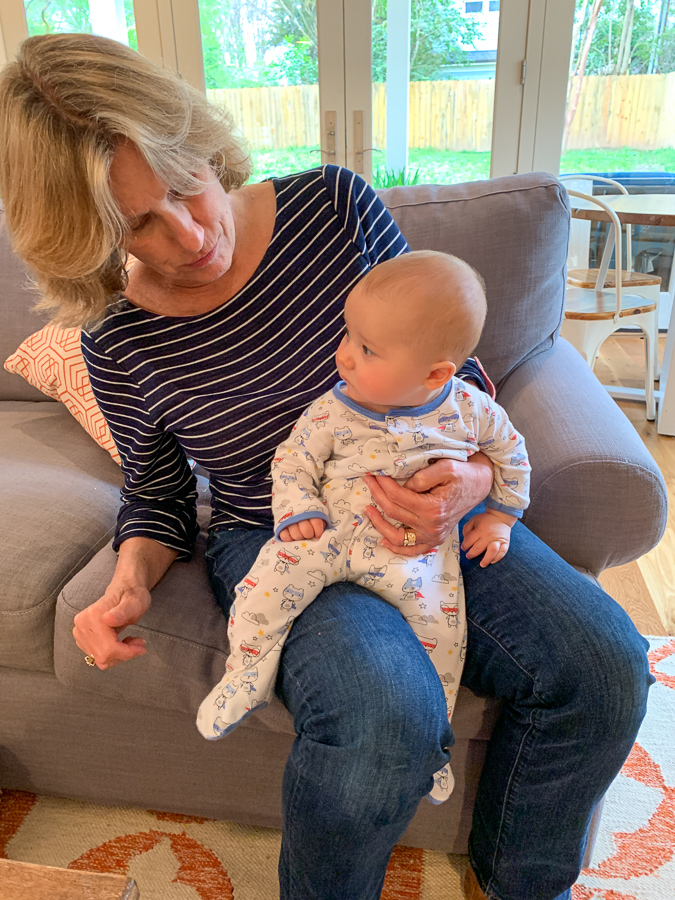 We brought Peeps for Grammie’s birthday (which is tomorrow!) Happy Birthday Grammie! 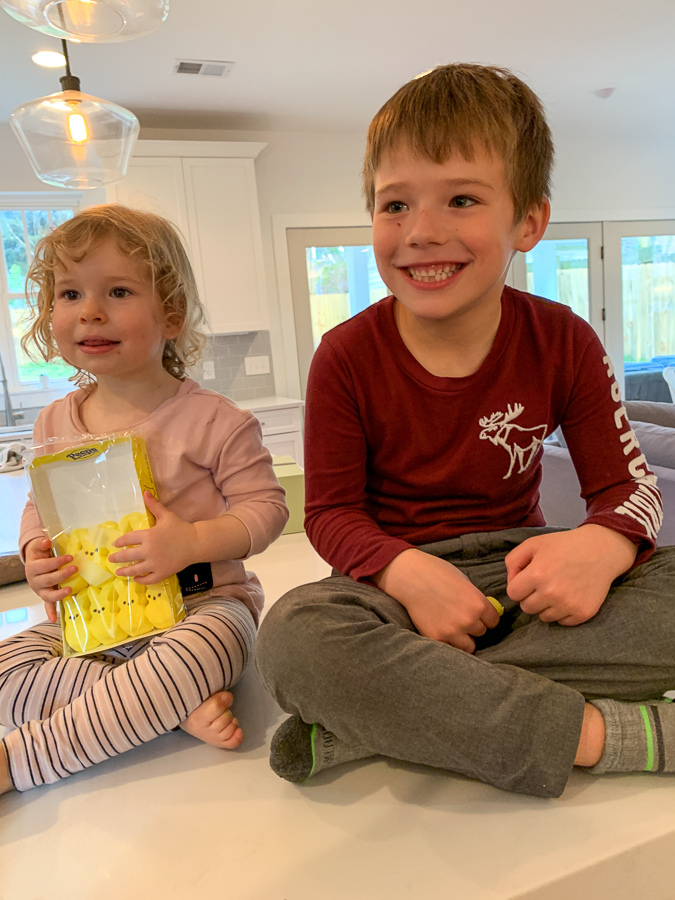 Birch loved Emerson’s old Bjorn bouncer. It was nice visiting someone with a stash of baby gear! We used their Lotus Travel Crib, and I liked it so much I just bought one of our own! 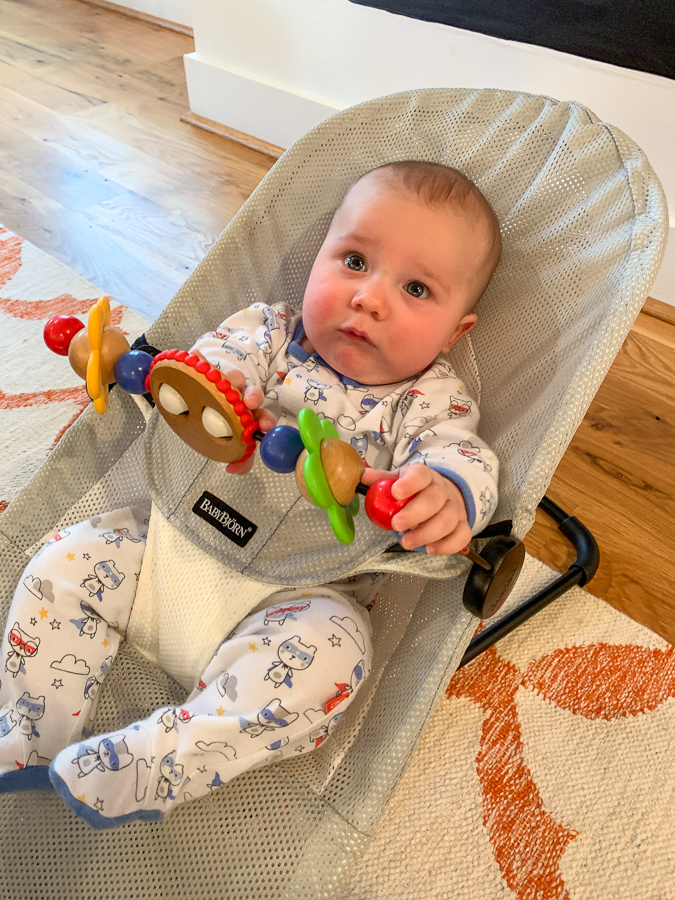 We ordered dinner from Bang Bang Burgers. I had a pimento cheese + fried pickle burger and it was INCREDIBLE!! I loved how flat the burger was and nicely grilled. The fries and salad were good too. 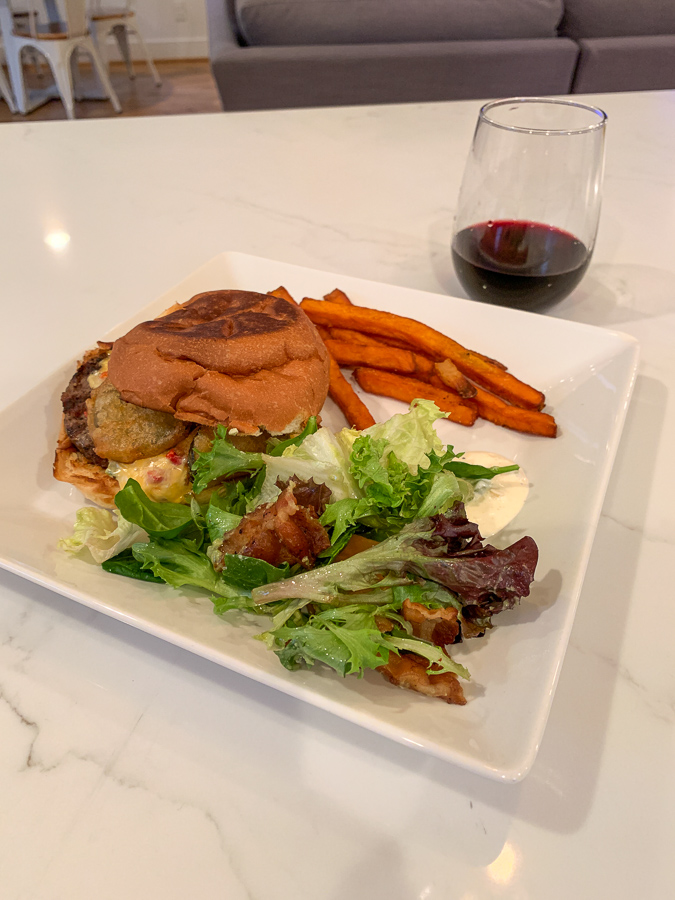 For dessert, we got Gigi’s Cupcakes to celebrate Grammie’s birthday. These were SOOO GOOD! Tons of frosting. The Youngers were happy : ) We cut them into quarters so we could try a lot of different flavors. 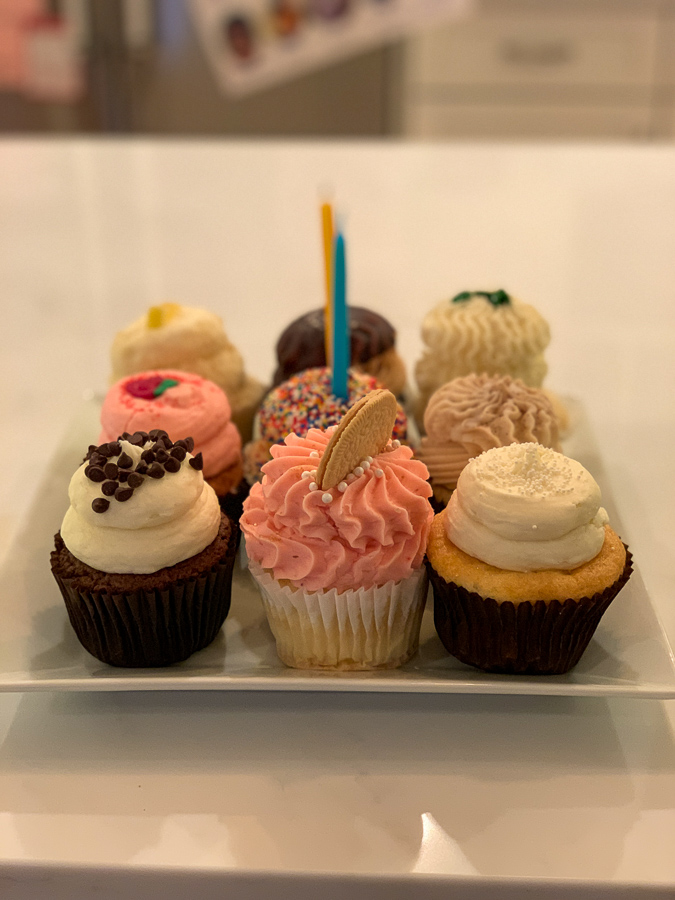 The next morning we snuggled around the house for a while. This is funny: on Sunday night my sister and parents asked each other who got Emerson up for the day that morning. No one claimed to have been the one to get her out of her crib. So they turned to her to ask her who got her up. “Mazen did!” she said. 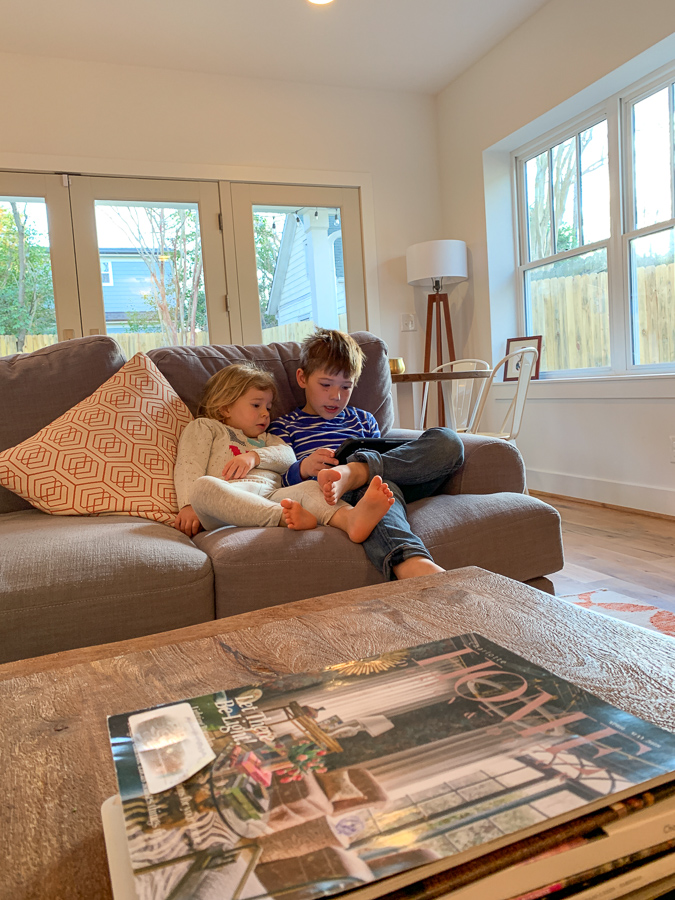 I had blueberry PB toast for breakfast. 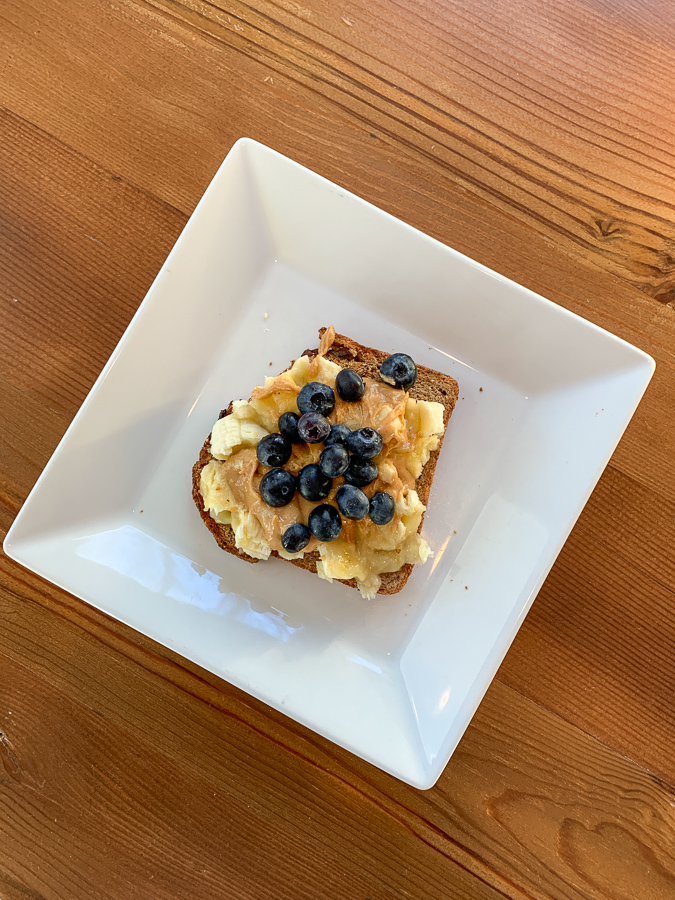 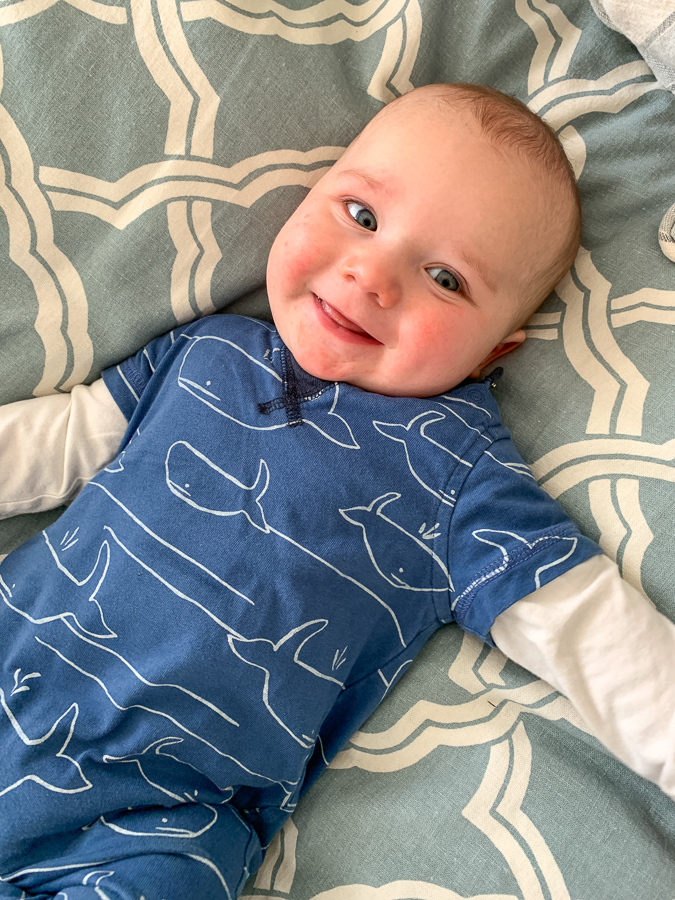 Matt and I went for a run while everyone else walked. We covered about 3 miles in their beautiful neighborhood. 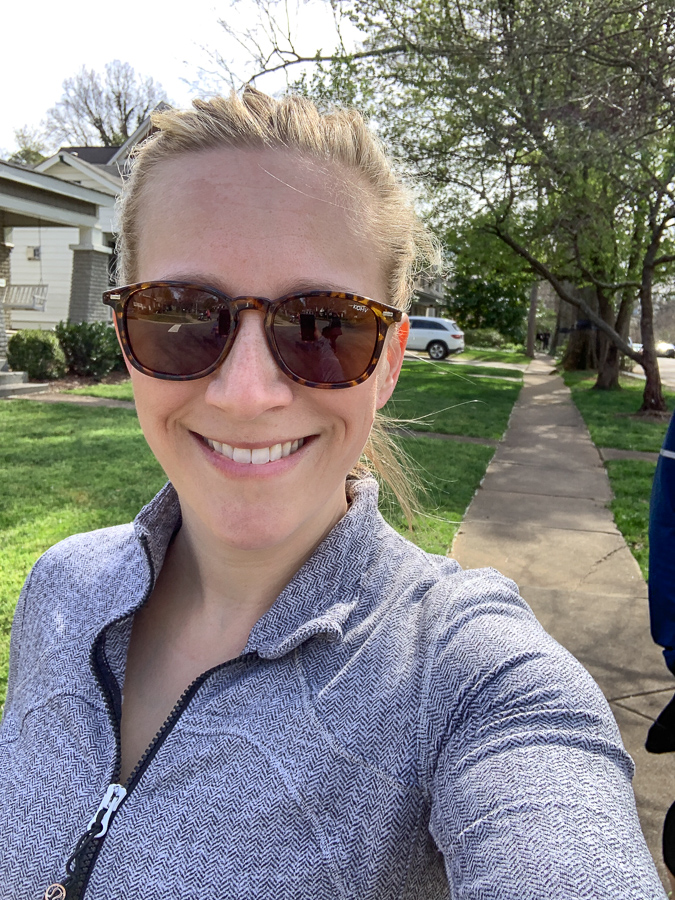 B was happy despite not napping all morning! 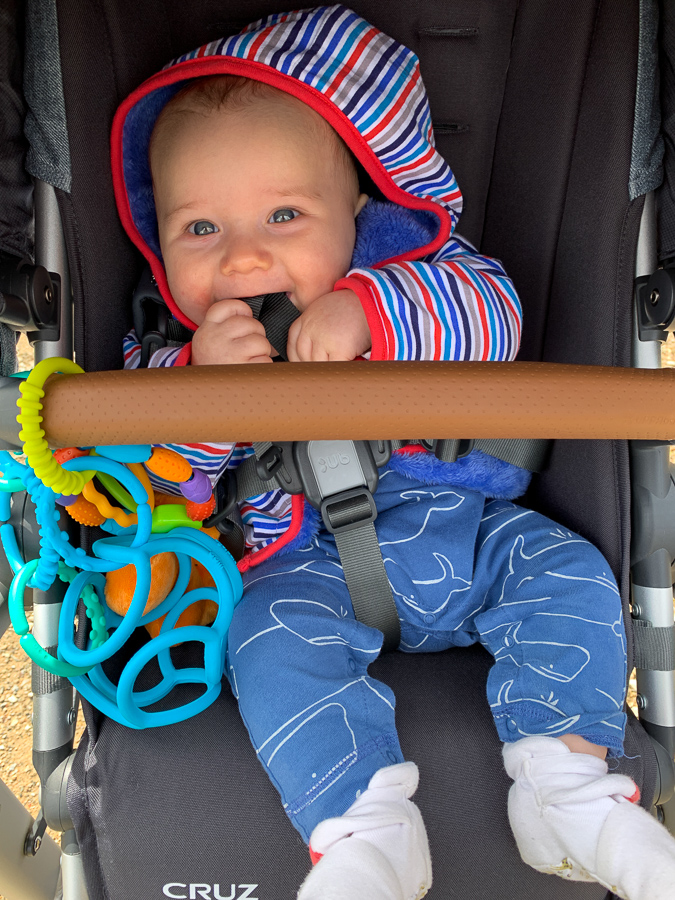 And Mazen would have stayed there all day! 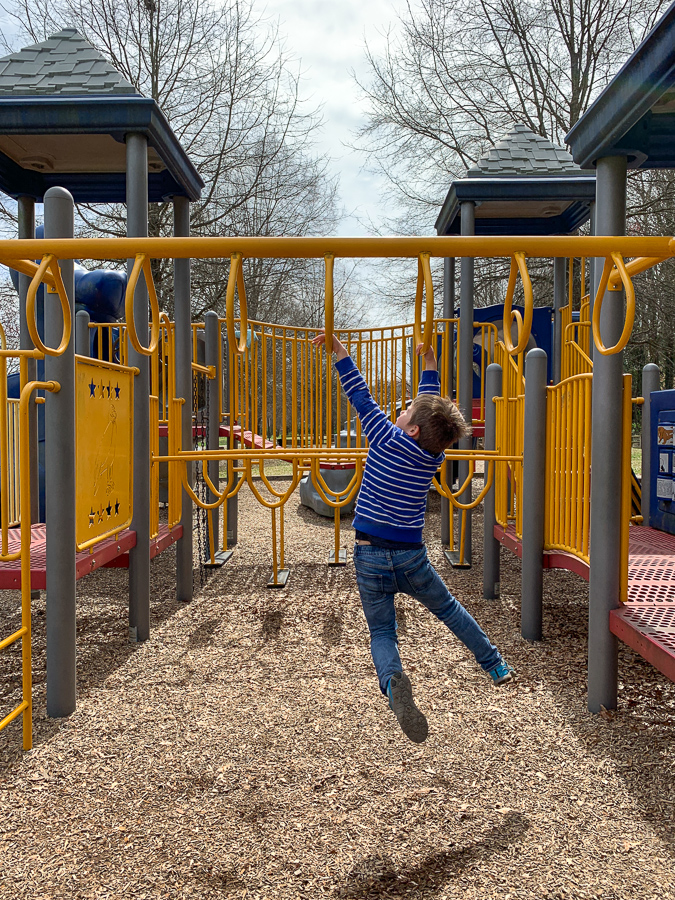 We ordered lunch from Siggy’s, which was also fabulous. (We did a lot of take-out because of the kids instead of going out to lunch.) I shared a pulled chicken sandwich and a quinoa salad with dad. 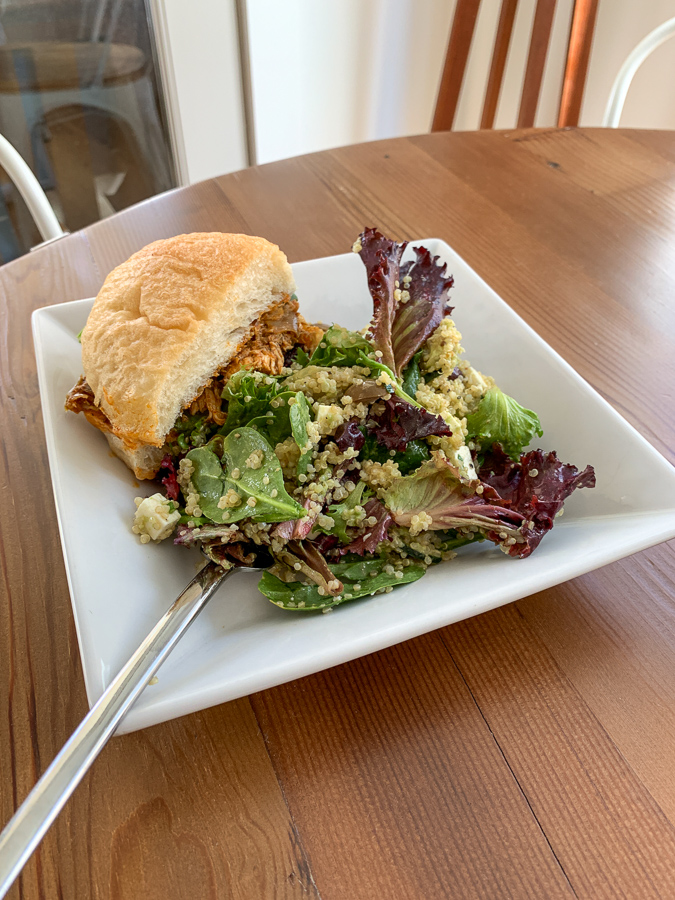 We had a little rest period before getting dressed up for dinner out. Charlotte has gotten so much cooler since I left. It’s so weird that I recognize certain names of places but overall the city felt so different. I wish I’d had a little more time to go see my old neighborhoods but the city is huge! It feels like ages since I lived there. 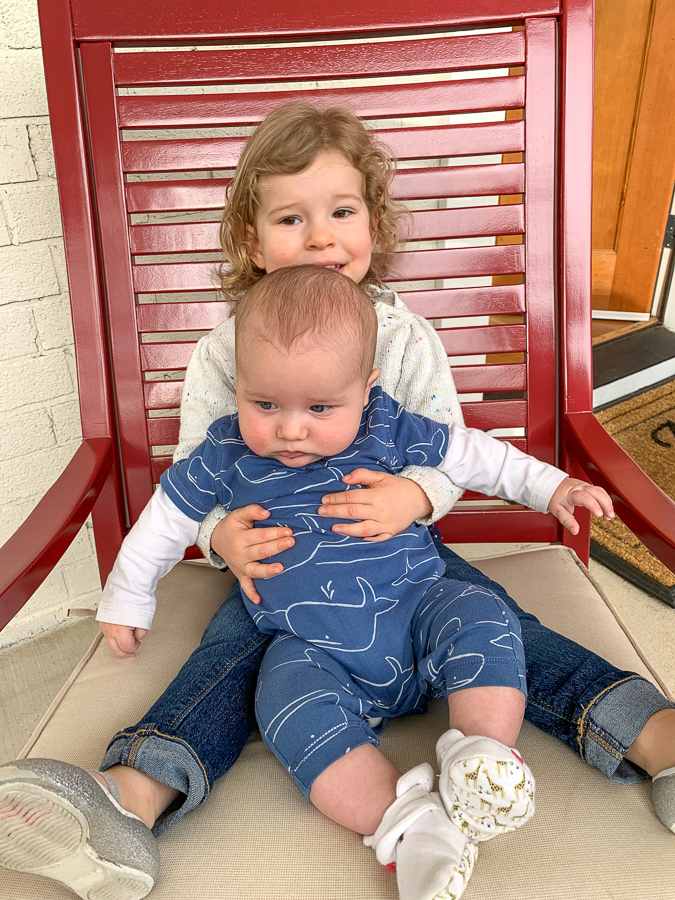 We went to Pizza Peel for dinner which was very kid friendly. The place was hopping and had a nice green for the kids to play on outside. I had a Birdsong Brewing Jalapeno beer – very unique! 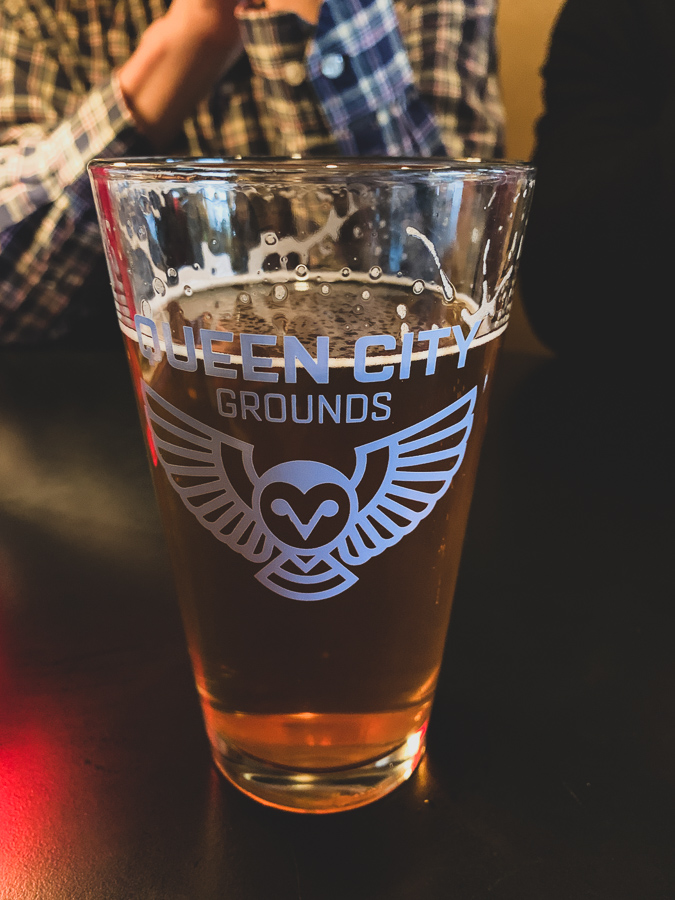 Fried pickles to start. They were super crispy! 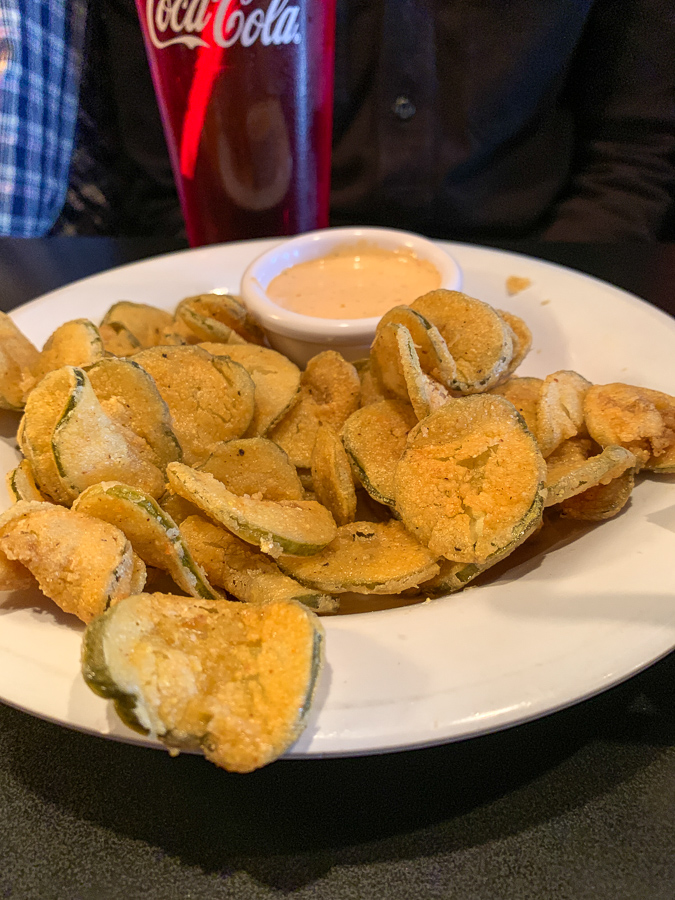 We shared a few pizzas for the table. The creative toppings were so good. 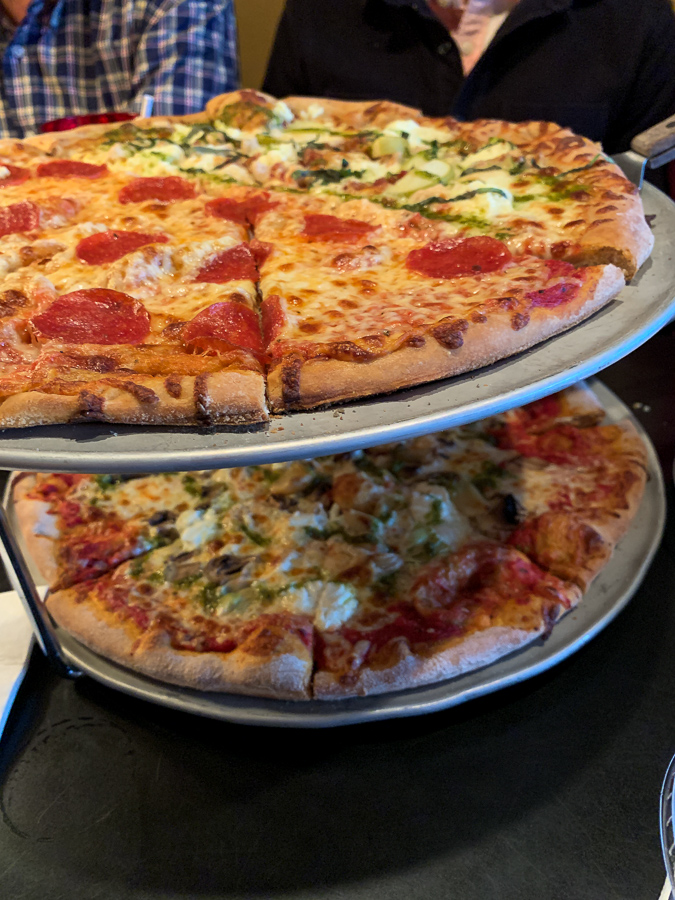 B is very much in love with Gertie the Goose these days! Grammie held him for the second half of dinner and he did well overall. 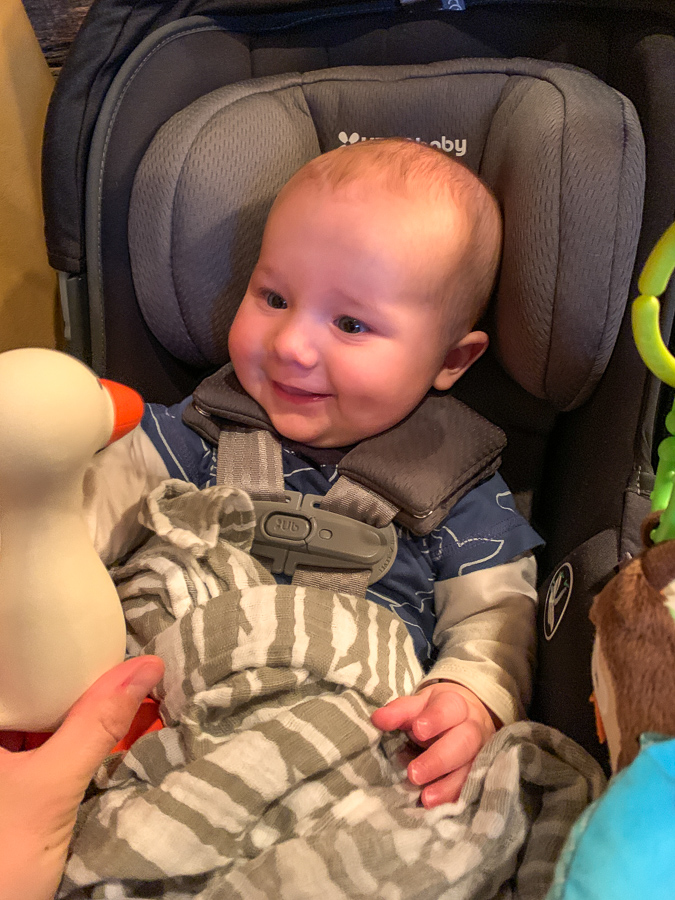 The cousins had a joint bath when we got home. This is the BEST smelling shampoo! After the kids went to sleep, we had more desserts! 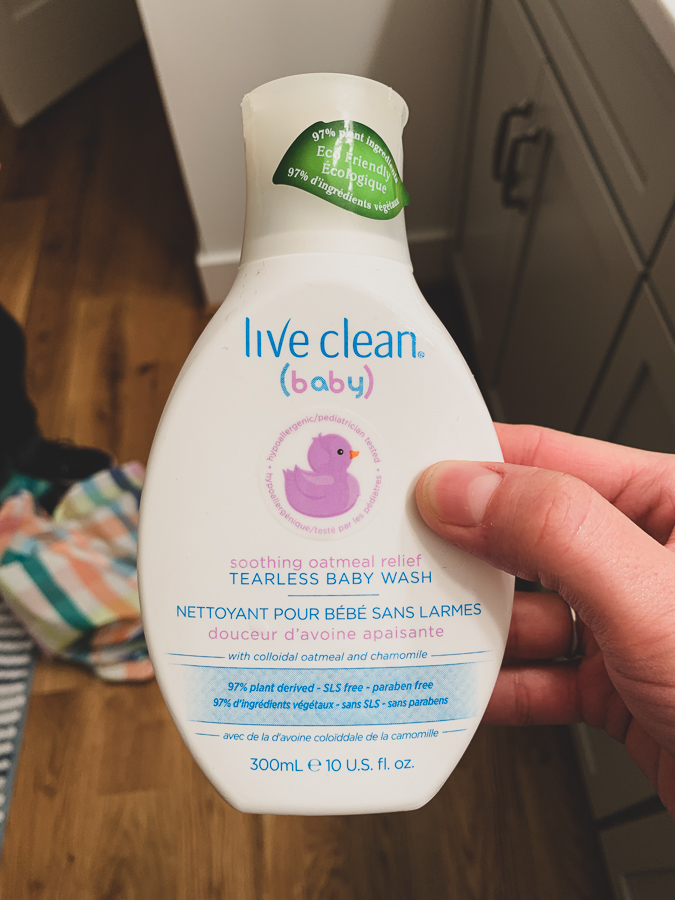 On Sunday morning our group was up and packed so I could hit the road during first morning nap. I had a blueberry yogurt bowl before I left with PB, banana, and honey. 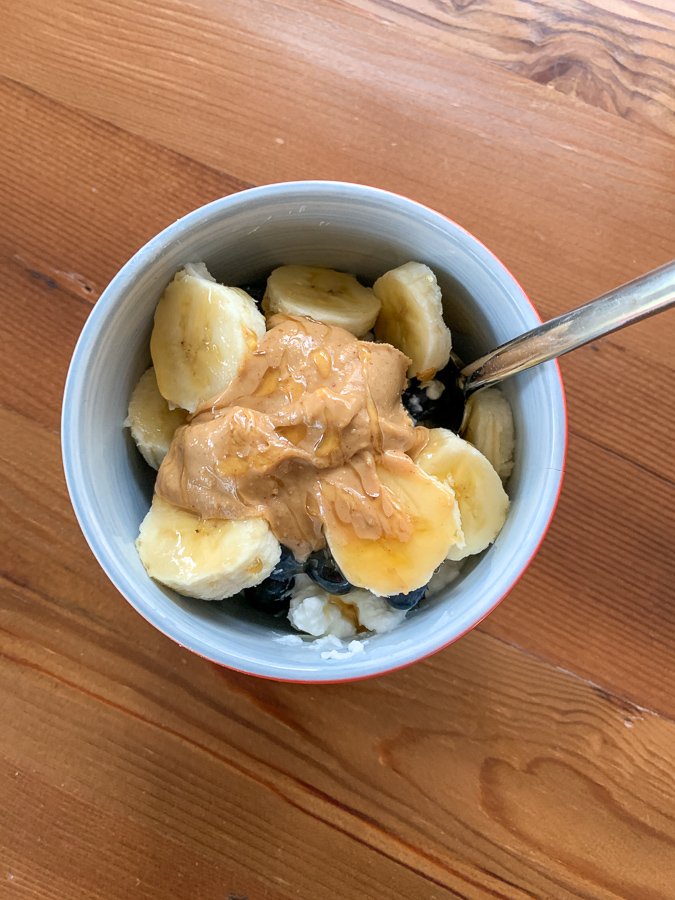 I had hoped that B would sleep better on the return trip, but he did not. I think he’s just at an age where he doesn’t like his infant car seat too much. Which is OK because I’m not driving anywhere far with him for a very long time 🙂 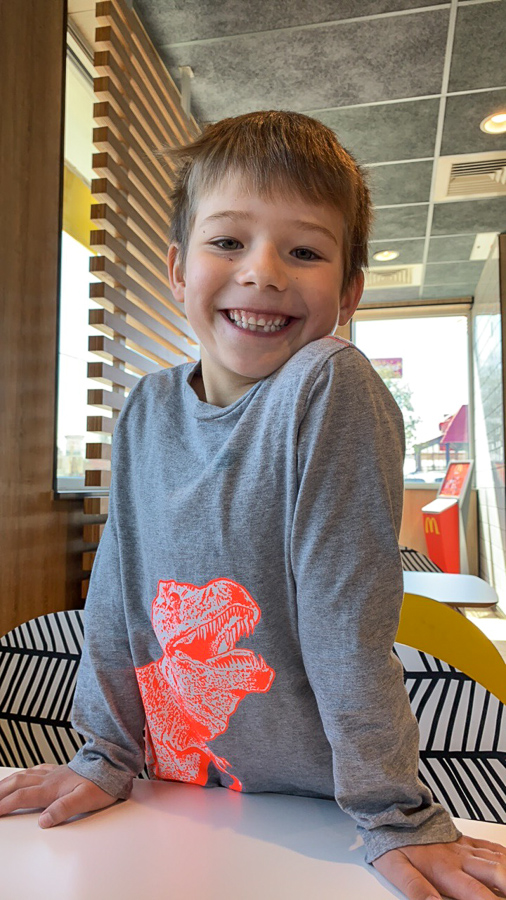 We made it home in about six hours (ugh) and then Thomas and Nona greeted us so I could run to my soccer game. I needed to run outside in the sunshine so badly after that long trip! I hit up Whole Foods on the way home and picked up groceries for dinner. I found this dressing made by Cava and it’s SO good! 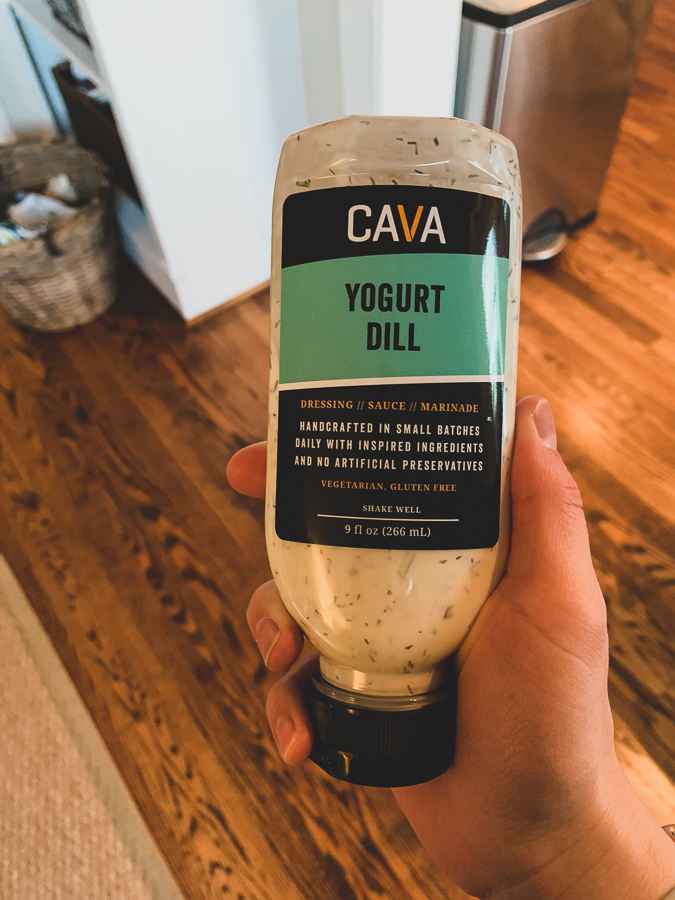 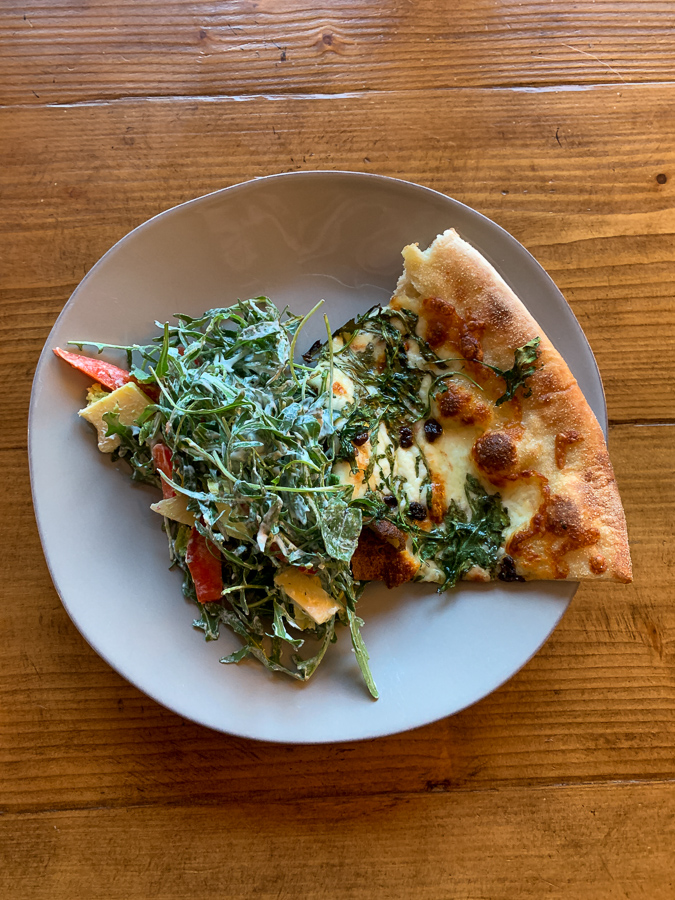 Hope you guys had a great weekend!

Previous Post
How I Cut Back On Alcohol: Wine On The Weekends
Next Post
Banana Smash Oatmeal + My Morning Routine