OY is it HOT in here!! (So I’m gonna take my clothes off!) I’m so prickly all over. It’s almost time for the air conditioning to make its annual debut. But not quite yet. It’s lovely outside – just hot inside.

I took a quick trip to Costco today for some cheap produce and found these cherries – 3 lbs – for $6!! That is a STEAL. I l.o.v.e. cherries but I never let myself get them because they are so darn expensive. But these were worth $6 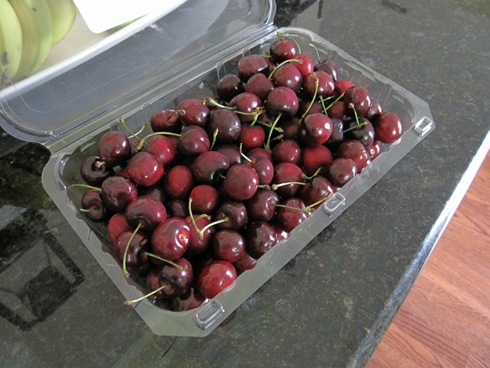 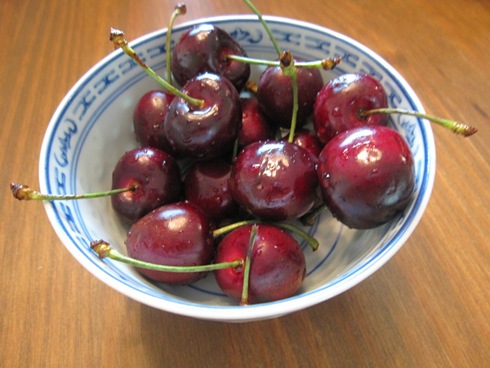 And the end piece of our mini Dakota loaf at 5 to tide me over. I was trying to keep my snack small, but it still ruined my 6:30PM dinner appetite! Matt likes to eat early so he isn’t full when he gets in bed early for work, so we’ve had to move dinner up an hour. It’s not working out so well with me, but it is nice to have the evening to do things after dinner. 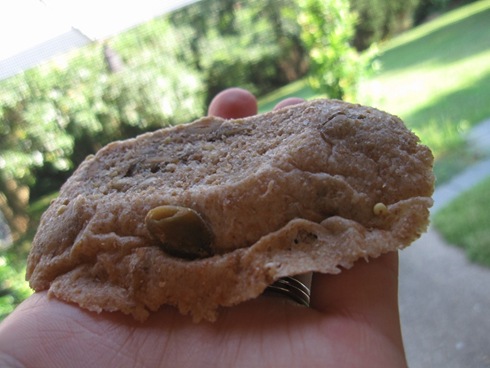 Speaking of dinner, it was a good one!! 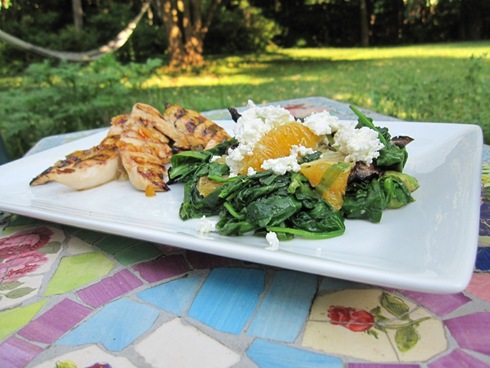 We marinated chicken tenderloins in a few cups of OJ leftover from Jacksonville’s breakfast for a few hours. Nothing fancy – just chicken swimming in juice. Then we grilled them with portabella mushrooms 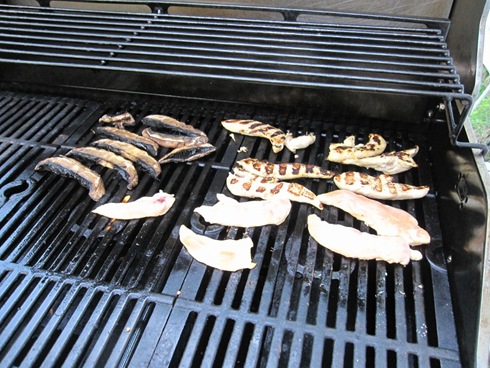 And then painted on some orange marmalade I brought home from our Savannah B&B! 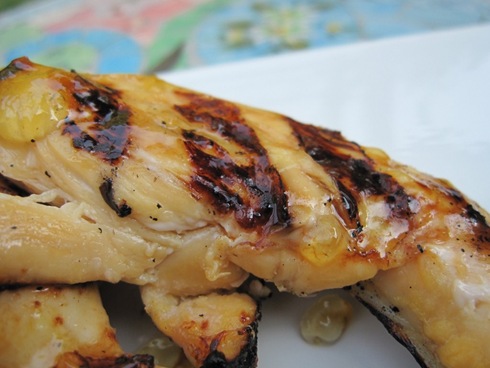 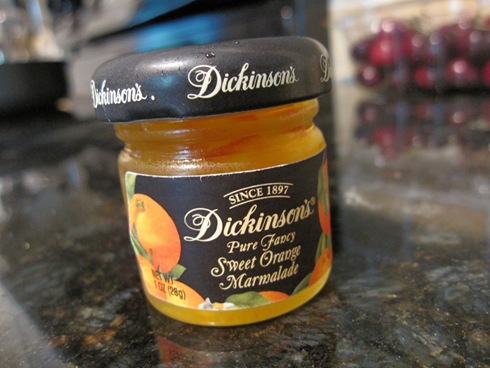 We took the grilled shrooms and mixed them with some wilted baby spinach, orange sections, salt, pepper and a drizzle of this Vega oil blend. It has a high percentage of omega-3-6-9 FA and is made of a blend of oils from from hemp seed, flax, green tea seed, pomegranate seed, black cumin, black raspberry seed, blueberry seed, cranberry seed, pumpkin seed and coconut oil. I have had it for a few weeks and was deterred a bit by the funny smell, but it actually went really well on the dish and I liked it after all. 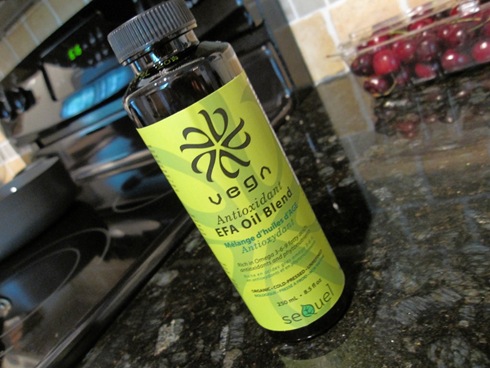 Oh, and can’t forget the goat cheese on top! 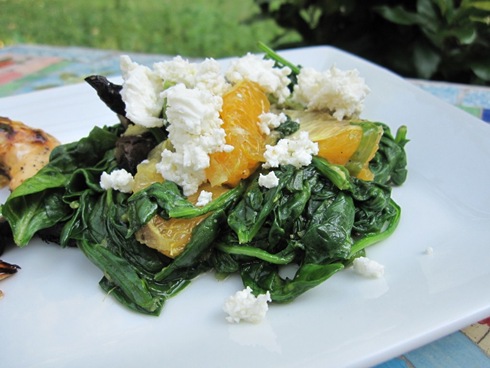 I found these new flavors of La Croix at Costco too – LOVE THEM!! These are unsweetened flavored seltzer water. 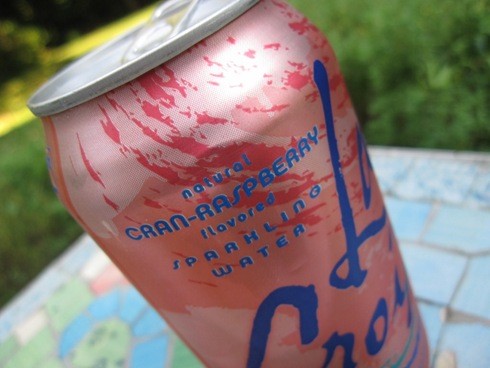 Delish! The marmalade on the chicken was the key ingredient. 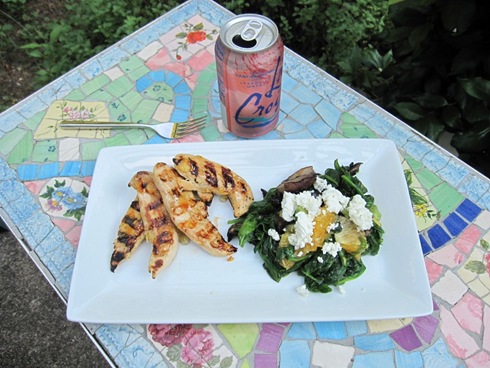 After dinner we watched The Day The World Stood Still with Keanu Reeves. It was pretty good! As much as I hate violent movies, I actually really like alien movies. Independence Day is one of my top favorites (mostly because of Bill Pullman being so hot 🙂 ) This one was a bit cliche at times (the kid actor is terrible but overall a very cool movie.

Here are your random numbers:

I would be SO excited to win a ticket! I’m definitely nervous about those 125 spots going too fast!

Congrats JEN! Please send me an email to KathEats at Gmail dot com 🙂

I’m working from 11-5 tomorrow, so I’m going to try to get up a little earlier so I’m not so rushed. Maybe take a cold shower first!