Home from my nutrition counseling experience! It was really cool. We were working with people at a company who signed up to see the dietitian, who works for a separate corporate wellness company. I sat in on two of the four people. What was cool is that they were both so different with their struggles with eating healthy. And my gosh, they face some big obstacles  – from work schedules to night school to raising kids (and their kids’ kids!). But it was awesome to know that the dietitian is helping them figure out the best way to be healthy within their lifestyles.

I went to the gym earlier in the morning and spent some time on the ET and weight lifting. It was all rush, rush when I got home to shower, get ready and eat lunch before noon. I settled on a quick and easy leftover stuffed pepper and a big South Carolina peach and was out the door 20 minutes later. 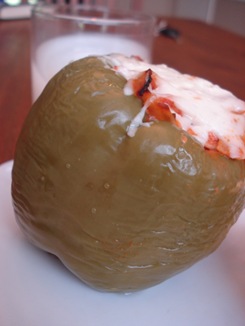 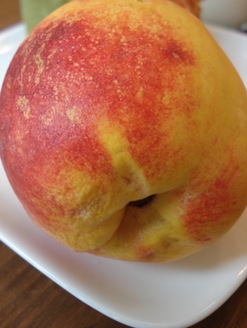 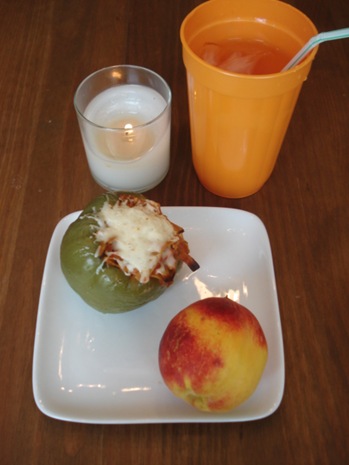 I was QUITE starving at 3:45 when I left the company. I debated eating the LaraBar in my purse, debated going to Starbucks for a Vivanno (I have a coupon), debated Smoothie King but really all I was craving was a big bowl of yogurt + wheatberries. Nerd alert!

I had about 3/4 a cup of plain yogurt, a quarter cup of wheatberries, about another 1/4 cup of Organic Morning Lite for crunch and some blueberries to top it off. It was gone way too fast! I still feel hungry, but I know it’s because I got too hungry and haven’t let my snack catch up yet. 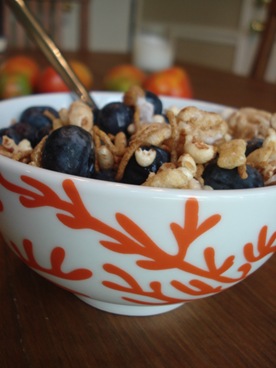 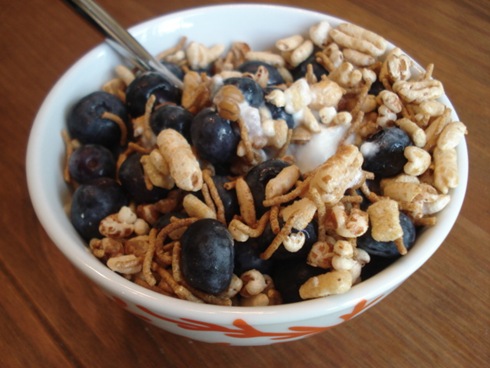 I picked up our next CSA delivery on my way home – 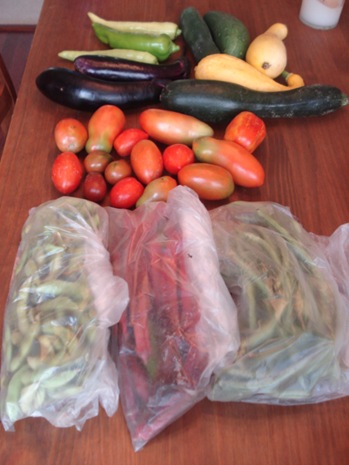 A big THANK YOU to my blog reader and friend Gena for sending me some new books!! She works for a publishing company periodically sends me good reading (and cookbooks 🙂 )! I’ve been meaning to by Marion Nestle’s What To Eat for ages and Resistance looks just like my cup of tea! Thanks Gena 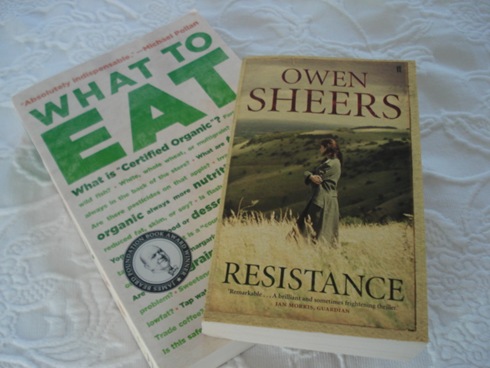 See you again shortly with a dinner recap!