I’ve gotten many questions about why we chose Charlottesville over the past year.

We wrapped up things at home, donned our bikes and rode about 3 miles (~25 minutes) past downtown and to the neighborhood on the other side of town (where we considered living!) called Belmont. It’s where Matt’s favorite beer establishment is! 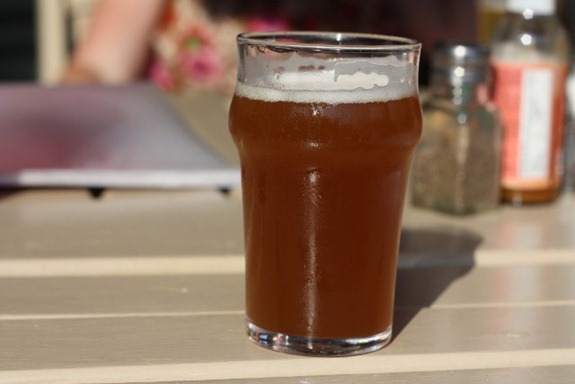 Crystal and Anna were waiting 🙂 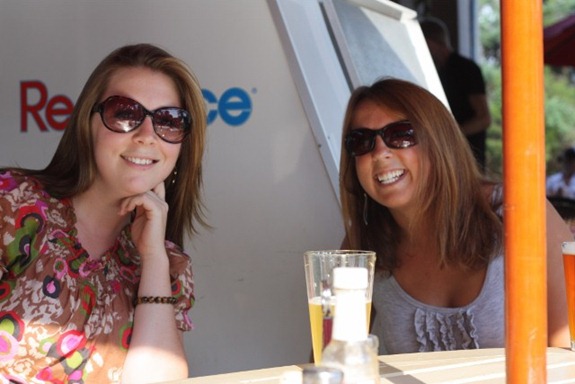 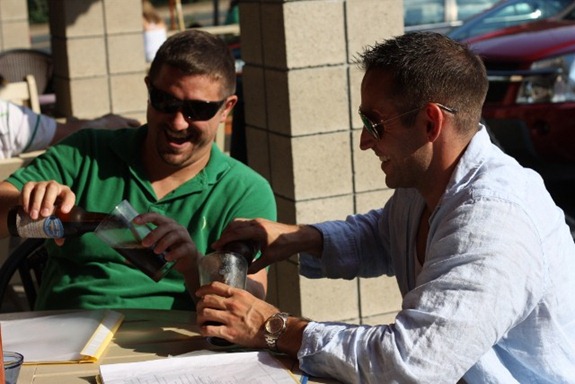 I ordered a 10 oz organic wheat beer to start. I was feeling really thirsty for water over hops! Delish. 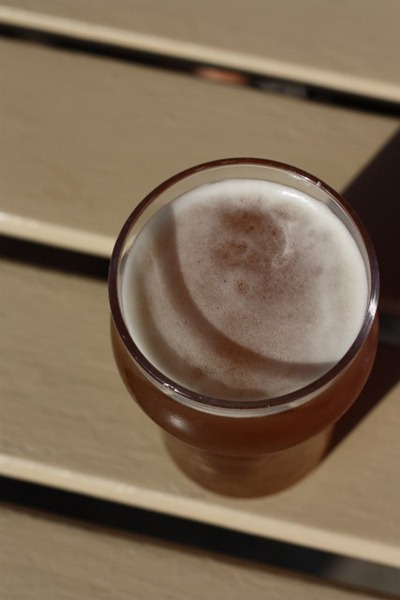 We talked for a long, long time and then said our farewells (until next time!) to go to dinner.

Matt and I chose a nearby restaurant we’ve been meaning to visit for many moons: The Local 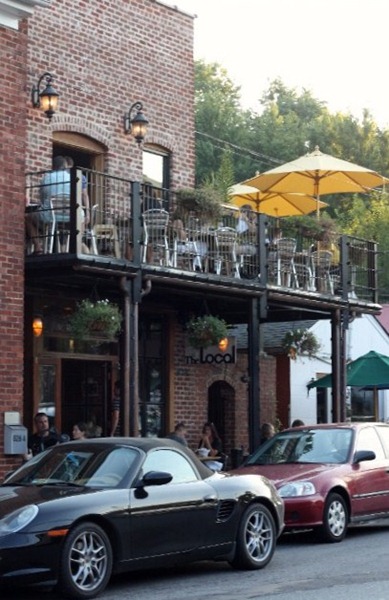 We’ve been happy to see lots of other bikes out there!! I am so not a hard-core biker, but I love using two wheels for transportation. There are so many bike lanes here, which makes things so much easier! 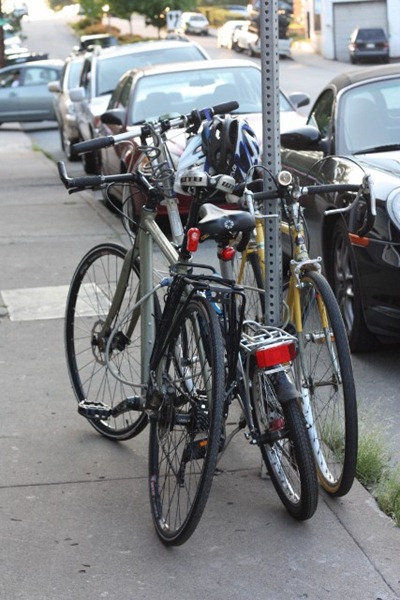 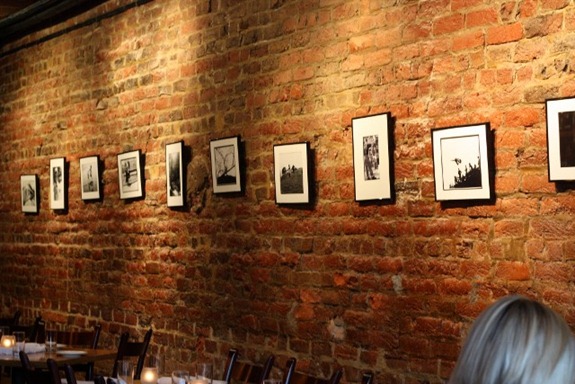 It is SO not hot here today!! Almost like fall. Cville has much more variable weather than NC. Blazing hot one day. Cool the next. Cool! 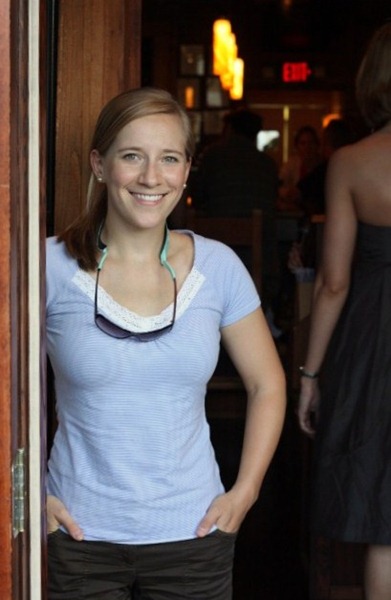 We were seated on a top porch deck – so cozy! 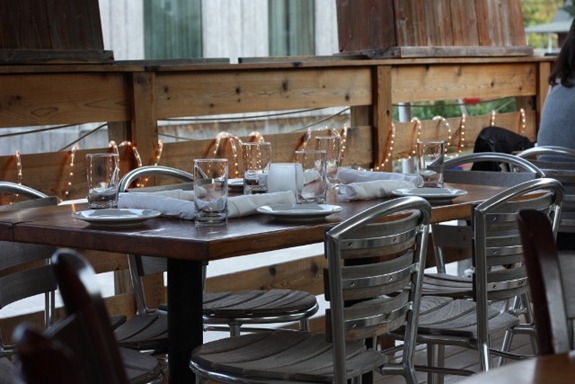 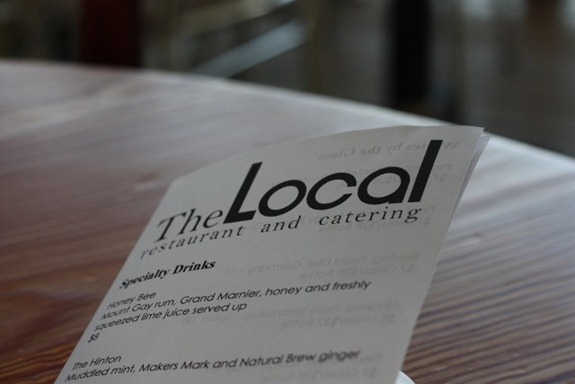 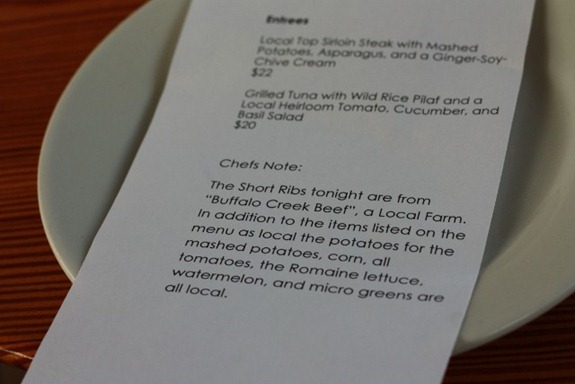 We ordered a bread basket to start. We love bread! With basil buttah. 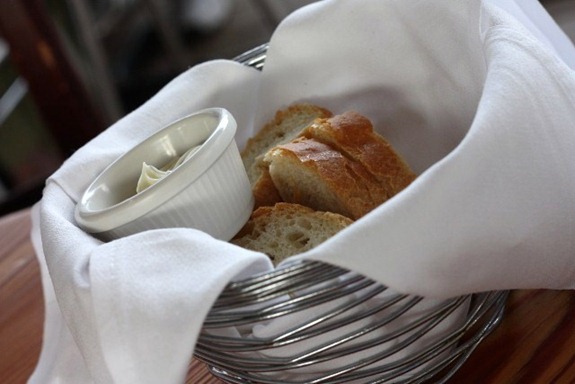 And we decided to share a glass of Cab from Virginia, just to keep things local 😉 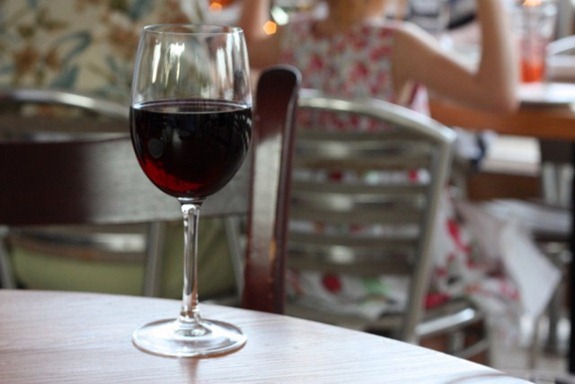 I ordered the local Trout for dinner – see below: 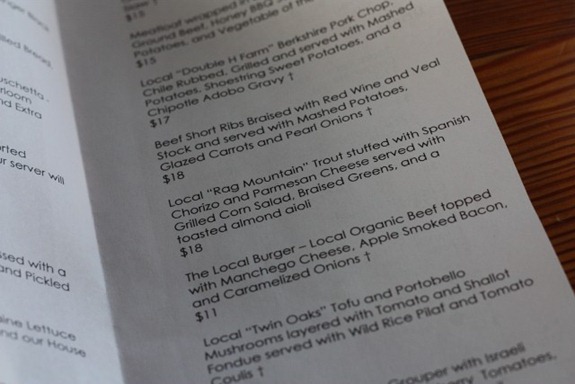 It was quite the presentation! And 1,000% delicious. Stuffed with chorizo and deep fried. So much flavor. And that puddle of yellow sauce was 1,000% garlic and something good, probably cream and cheese. I didn’t quite finish the meal, but I made a good size dent! 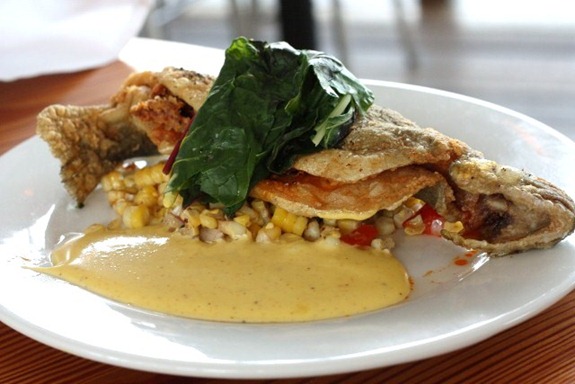 Matt ordered the [local] pork with mashed potatoes and sweet potato crisps along with a side of asparagus. 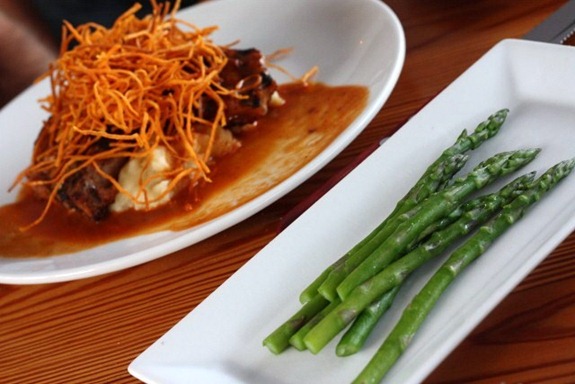 He shared a bite – delish! 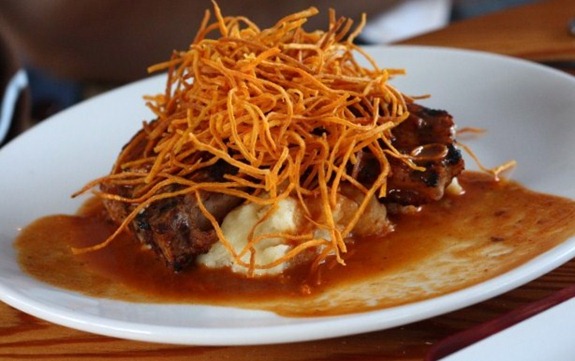 We just biked 3 miles back home. It was pretty much a piece of cake (especially compared to Charlotte!) We were a bit hesitant about this neighborhood because it’s farther from downtown than we had hoped, but the bike was so quick and easy that I’m so glad we went with our guts and chose such a charming place to live 🙂

Better get to bed because tomorrow is the farmer’s market!!