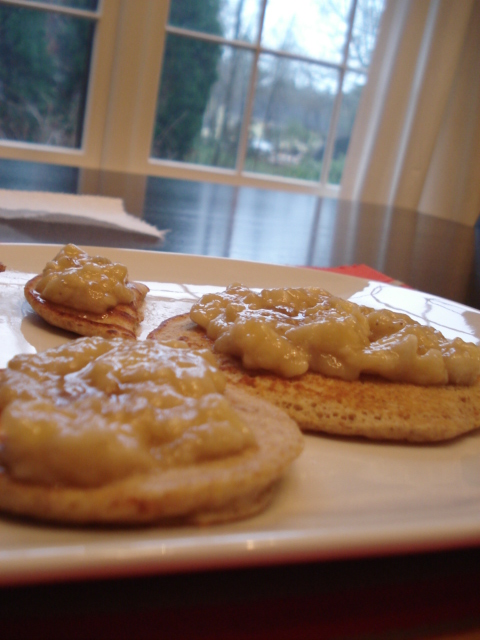 So every Saturday I debate between

2) Having a leisurely morning and breakfast and going to the gym later (when I feel gross and want to cut it short to get going on my day).

It’s always a hard decision!!! But this morning I felt a little stiff and it’s gross and dreary out again, so I decided I wanted an All American Saturday morning breakfast and will go to the gym at 10.

The most All American thing I could think of? Pancakes!!

I’ve had this mix of buttermilk pancakes for a long time and just haven’t broken into them because I love oatmeal pancakes. But this was great – it tasted like cornbread in pancake form (thanks to cornmeal in the batter) 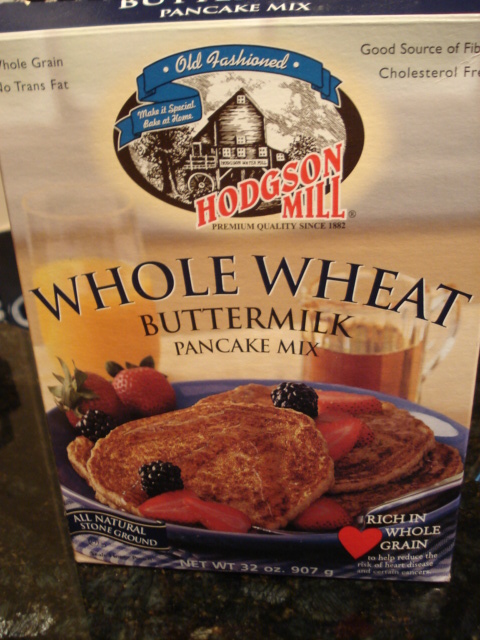 The recipe called for the following for 6-8 pancakes:

Well I hate having to save leftovers because the portion makes too many for one sitting, so I decided to play with the recipe. Here’s what I did instead:

It turned out great!! We split the recipe in half for 183 kcal each for 2 pancakes. But I also added 14 grams of walnuts to the batter, which raised it by 46 kcal each. Actually the pancakes made 2 big, 2 small, and one tiny, which we split. Next time I need to just make the second round a little bigger to have 2 medium sized pancakes each! 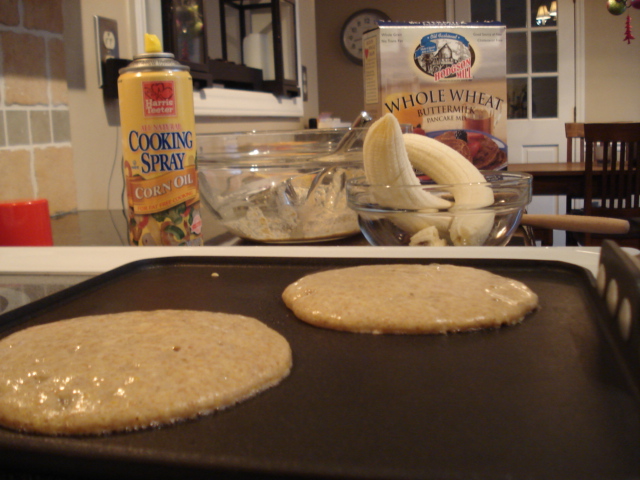 Lattes in the making….. 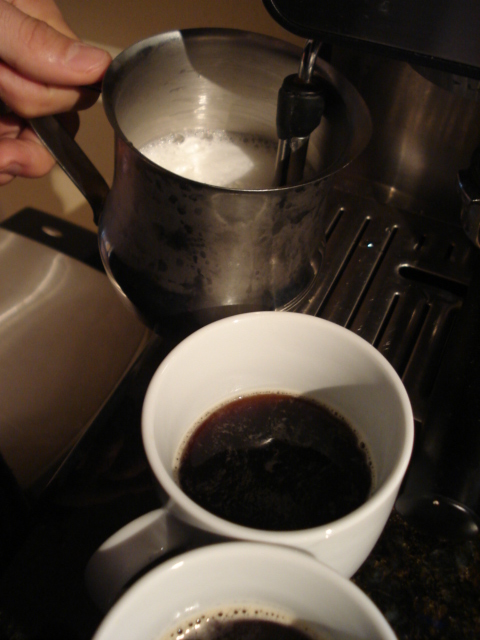 My two and a half, topped with mashed banana and 1 tsp or so of real maple syrup 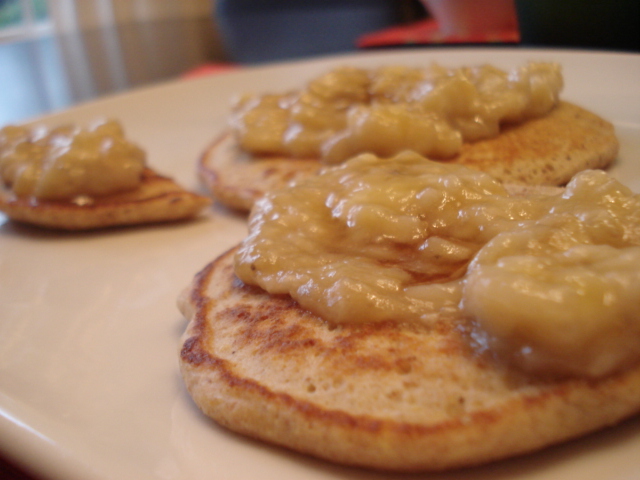 The pancakes were just calling peanut butter to the table, so I added 10 grams 🙂 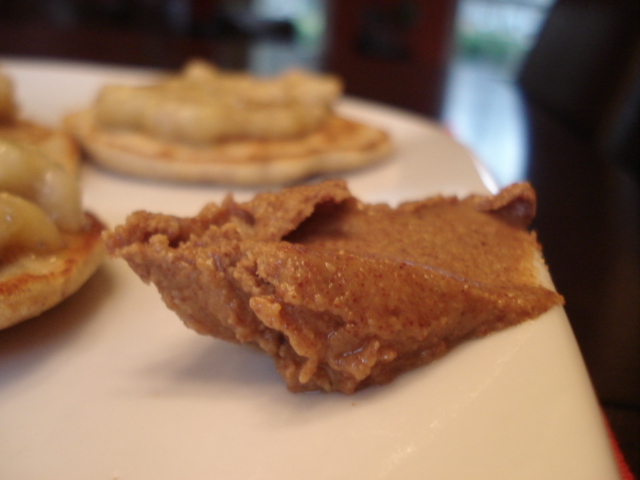 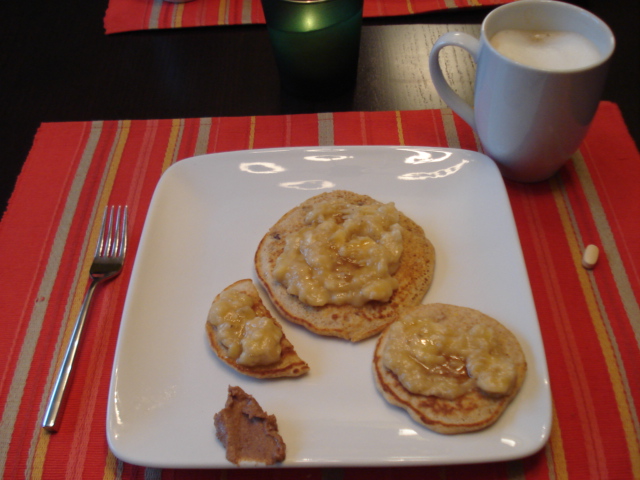 It wasn’t the most filling breakfast (I sort of missed oatmeal by the end) but they were good. Maybe not as good as oatmeal pancakes, which are certainly less work to make, but these will be fun for weekend mornings to come, All-American style

Off to watch Good Eats and then hit the gym!!