You are here: Home / Lifestyle / Peace Be With You

Incredible yoga class tonight! It was the best class I’ve done. Super challenging for me both mentally and physically, perfect temperature, great girlfriend company by Emily and Amanda, lots of fun adjustments (a.k.a. massages), and that killer foot massage at the end. By the time savasana came around, I was on cloud nine.

Going to Y2Yoga is really like going to spa. I look forward to it in the same way that I would a massage. And it’s all zen and stuff inside. And I really do get massages!! I bought another 10 classes on my pass tonight 🙂

I only went on half a walk this afternoon because on my way home a man picked me up in his car!! That man being Matt 😉 It was funny to have him pull up beside me.

Last week for our late evening yoga class I had a huge snack and then dinnery foods when I got home. Hunger-wise it was a good plan, but logistically it wasn’t that great.

So tonight I did more dinnery foods (which just means veggies were involved) and then a snack when I got home. I’m still in major clean-out-the-fridge mode so I had a random assortment.

And I made something I haven’t made since high school: cheese melted on crackers!! 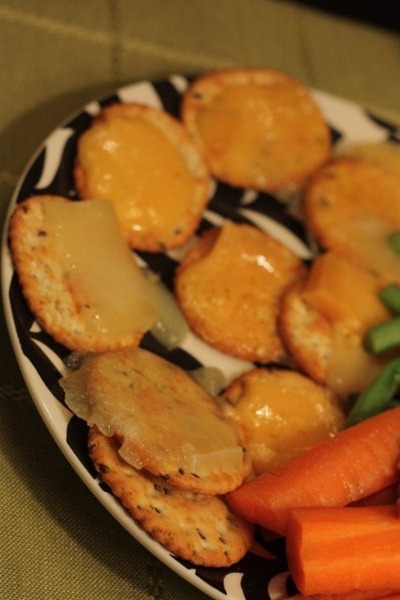 When I was younger my girlfriends and I would melt extra sharp cheddar on Ritz crackers for a late-night snack. Tonight I melted some Beemster cheese and CheeseCupid Edam and Gouda on some Back To Nature crackers Caitlin brought from EarthFare for our party on Saturday. 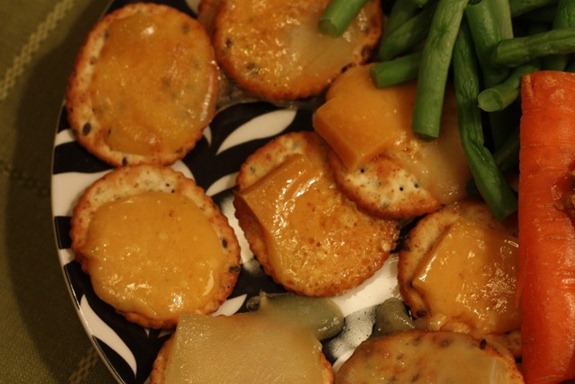 On the side – leftover green beans 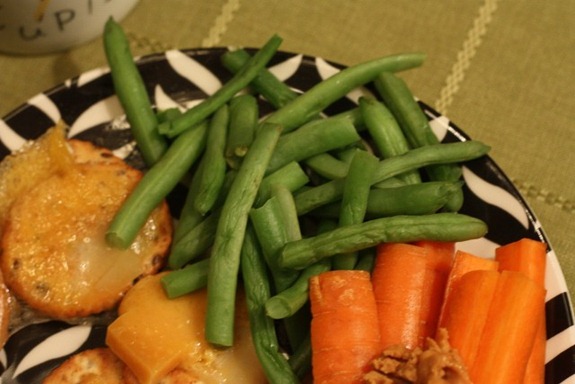 And a carrot with a teaspoon of Barney Butter 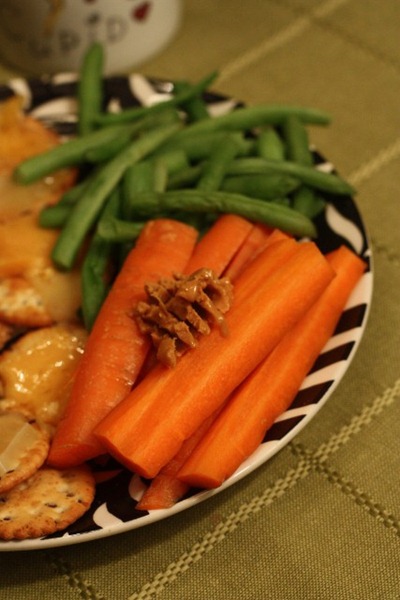 This made a great snack to hold me over, but I still felt too full for the first part of yoga. I’m trying to convince Tanner to teach a 6PM class on a weeknight, which would be so much better for the dinner situation! 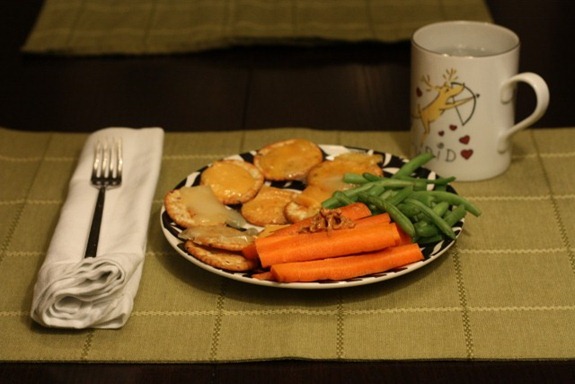 I wasn’t really that hungry when I got home but knew I would be soon. I had just what I was in the mood for after a steamy yoga class: a Green SIAC 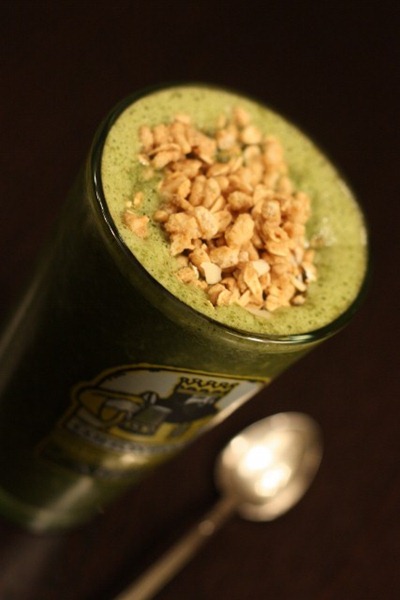 This is definitely my new go-to Green Monster recipe: 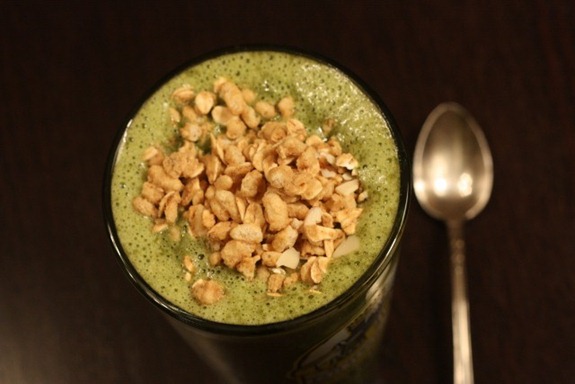 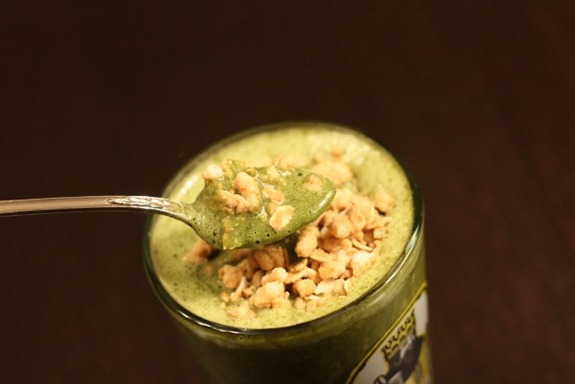 I vegged on the couch with my smoothie watching that 18 Kids & Counting show about the Duggar Family. I’ve been following them on and off since college in the news and TV specials and didn’t know they had their own show now! They are quite the eccentric family. I watched the one tonight where the eldest boy got married. I can’t believe they waited until their wedding day to have their first kiss!!! And for such a modest family, I was surprised at all the wedding night talk [if you know what I mean 😉 ].

You know you have some free time on your hands when you watch an hour of TLC without a second thought!