[Said in a British butler voice

I left the house this morning with a new product to sip: Ayala’s Herbal Water. I’m testing these out for the Open Sky store! 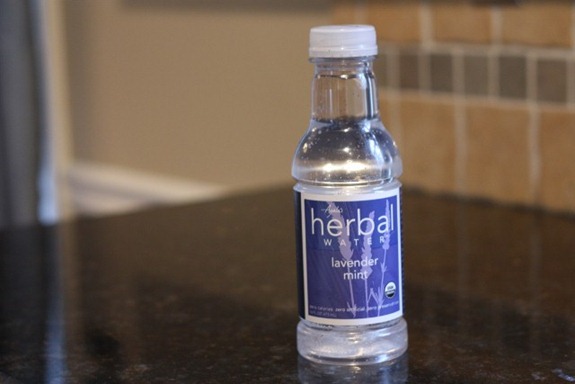 They are organic water infused with herbs – lots of different herbs. Because I am obsessed with all things lavender, I picked the Lavender Mint to try today. Also included in this aromatic bottle was Thyme and Lemongrass.

The aroma was seriously HEAVENLY. One of the best lavender blends I’ve ever smelled. The water itself was plain to the taste – there are no sweeteners or anything. Just herbs!! But the aroma – so delightful.

Obviously these are too expensive to sip daily, but I think it would make one awesome mocktail (served in a martini glass and a slice of lemon or cucumber). I’m going to save my other flavors for special treats in the evening 🙂 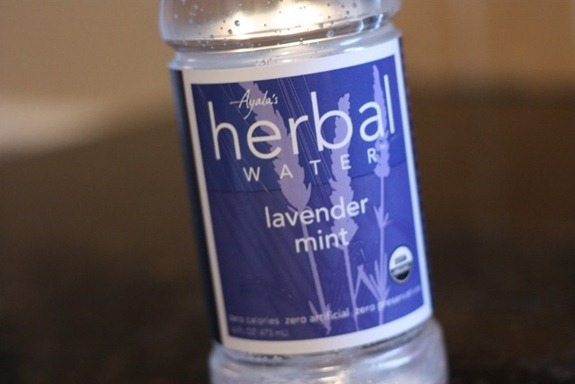 I wrapped up my hungry afternoon with some applesauce and a homemade granola bar!

Then hit the road, Jack.

I drove home as fast as the law would allow to meet up with EMILY! We decided at the last minute to meet up for a quick speed run after work/class. Loving my new workout partner in crime 🙂 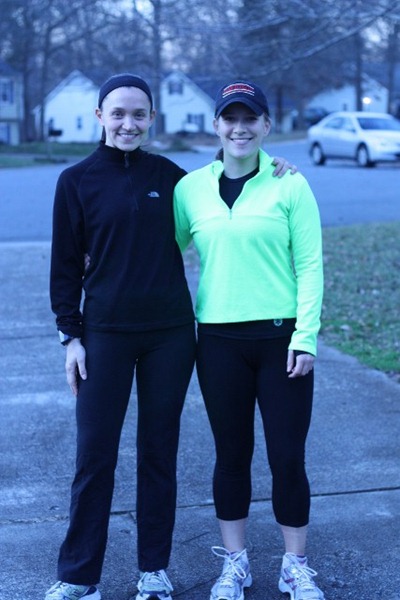 It got dark quickly (hence the tennis ball yellow fleece!) dark and we ran FAST! I was huffing and puffing and my legs were crankin’ 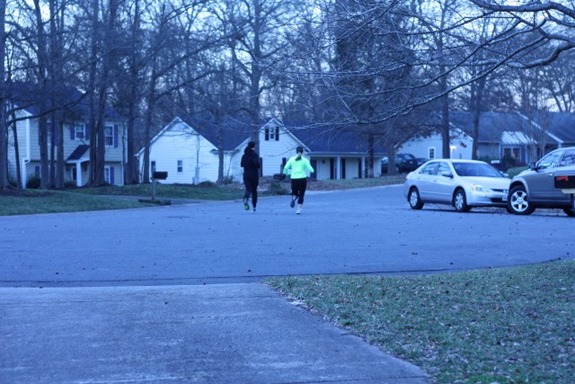 Fun times!!! We’re hoping to tackle my longest run yet – 9 miles – on Sunday!

I came home, opened a fantastico box from Naturally Nutty (more Open Sky loot!!), tasted a few of the best of the best, and then showered quickly to come down to a party platter of leftovers for dinner – 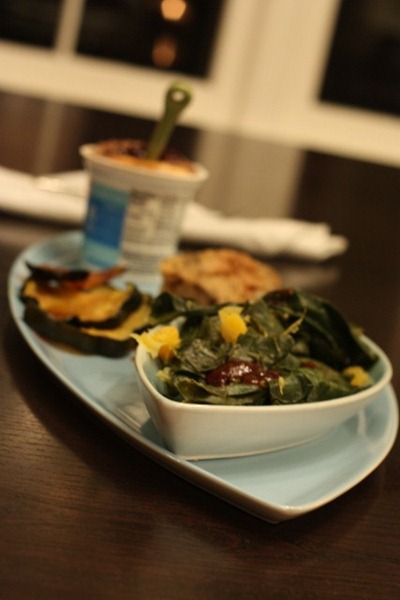 Emily spotted the new Yoplait greek yogurt in her neighborhood and brought me one to try! Being a greek yogurt fanatic, I couldn’t wait to test it out. This one has concentrate milk protein in addition to the milk and not nearly the probiotic profile that Oikos has (I had Oikos, this and TJ’s greek all in my fridge!) TJ’s greek has the highest protein (120 kcal and 22 grams of protein). The Yoplait gets points for the most calcium (35% compared to 20% in the other two) and vitamin D (neither of the other two had D).

But how did it taste?

NOT GOOD!! It was tangy! That’s what I hate about regular plain yogurt and love about all the other greeks. I think an hour later I can still feel the tang in the back of my tongue. Not cool. Also, aside from being thick, it did not have a good texture. It was almost gritty. A big disappointment. I love my Oikos! 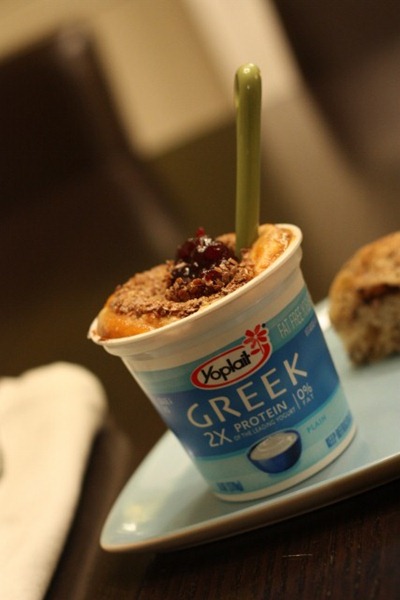 To serve I mixed in some sweet potato puree (another thing I will never buy again – it is NOT good!!!!), flax and some Crofter’s spread 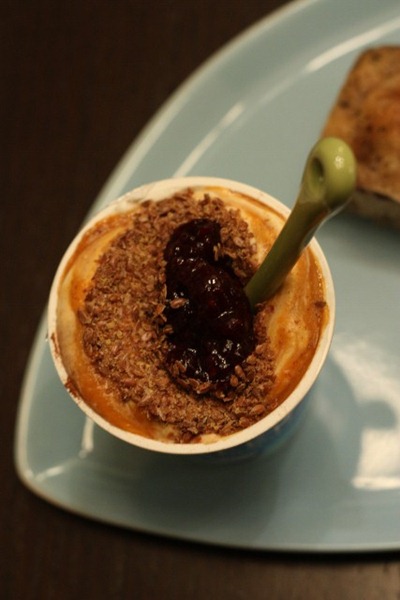 As Jamie Oliver would say: the veg 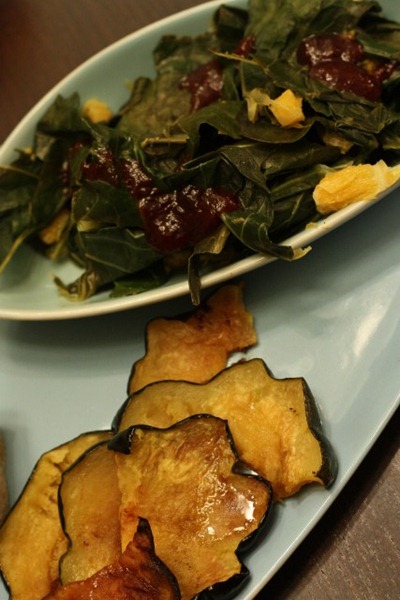 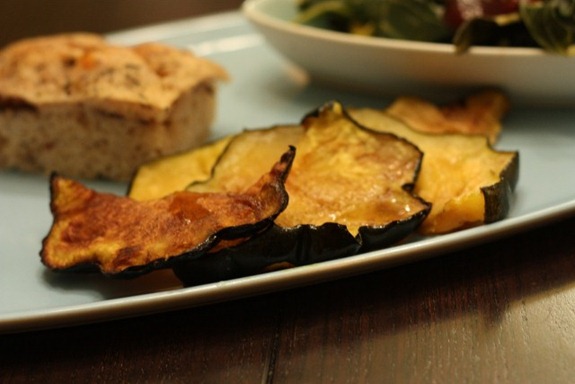 Drizzled with some Vermont maple syrup my coworker brought me from her wedding festivities!! Love the real deal! 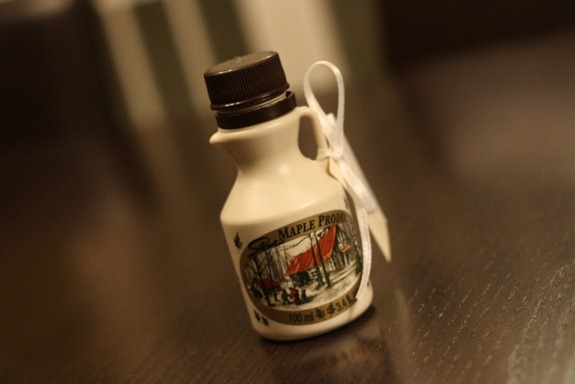 And a boatload of collards. Literally! Along with more Tribal Moose. 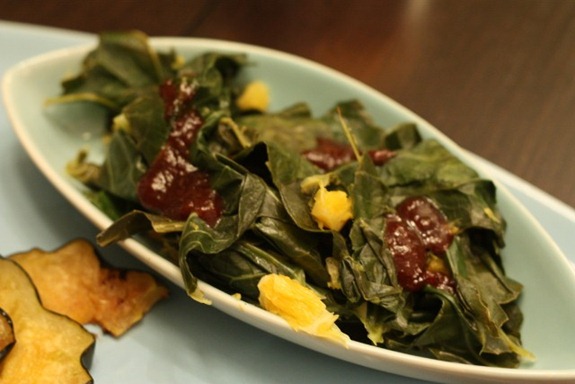 Last but not least, a piece of homemade focaccia Matt brought me 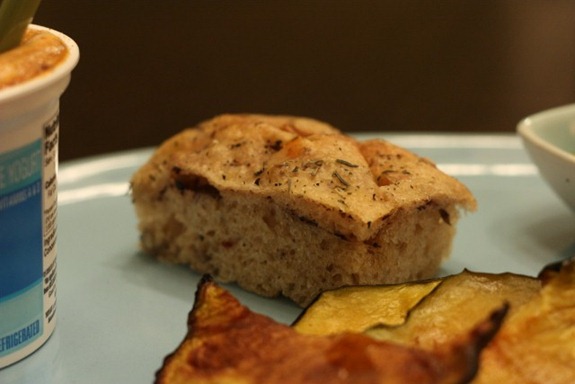 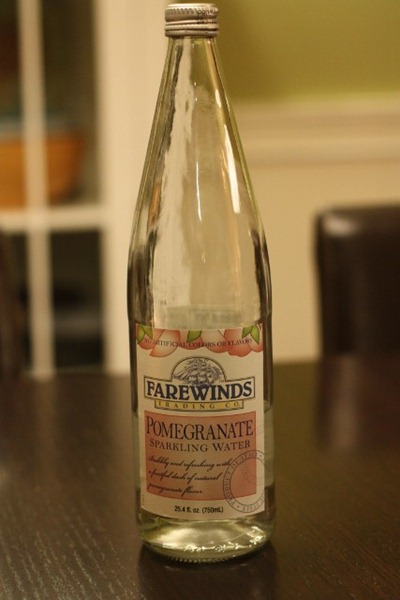 A bit unconventional, but this dinner left me STUFFED! 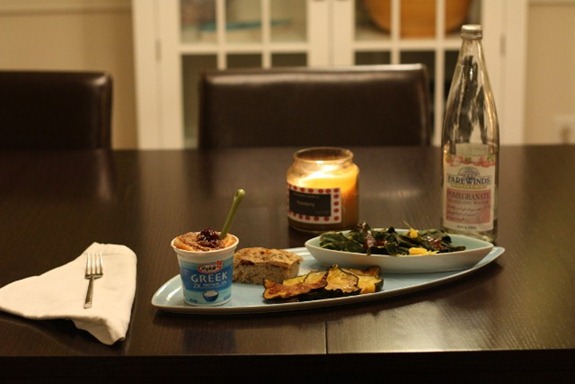 How on earth is it 9PM already!? I’ve got an early morning tomorrow – gotta jump in bed!