You are here: Home / Lifestyle / Pancakes For Duke!

Not working out in the AM does have its perks – more time for breakfast making!! 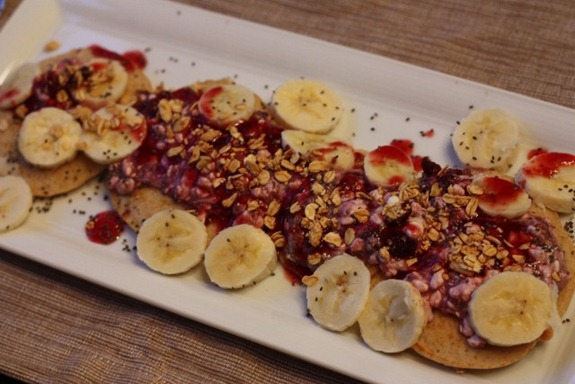 Instead of one big one, I made four smaller ones today. This is 1/3 a cup of the mix – one serving – and only 130 calories worth of whole grain goodness! 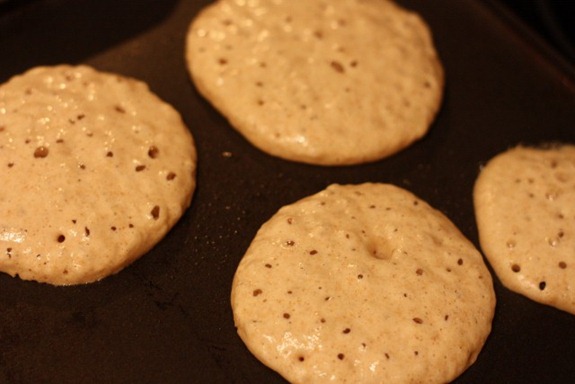 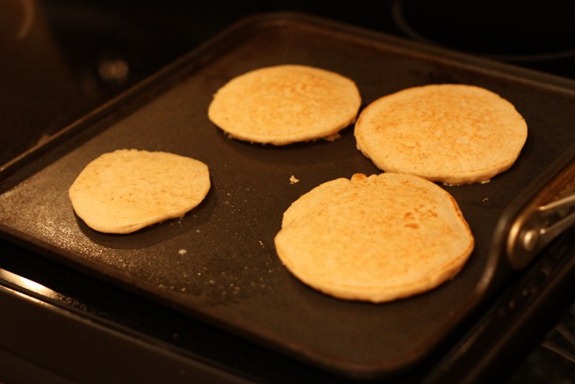 For a topping and some filling protein, I mixed some cottage cheese with Crofter’s and chia seeds and heated them in the microwave for 30 seconds. I love heated cottage cheese!!!! It really melts like cheese does (or at least this Organic Valley 2% kind does…) 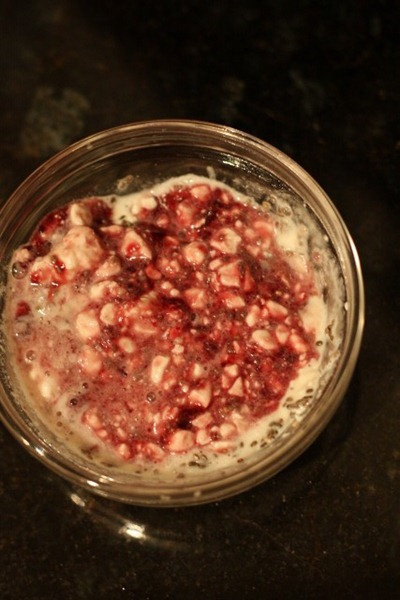 Other toppings included half a banana plus granola and chia seeds for garnish!

I also drizzled on a little of the Kodiak Cakes syrup – so fresh!! 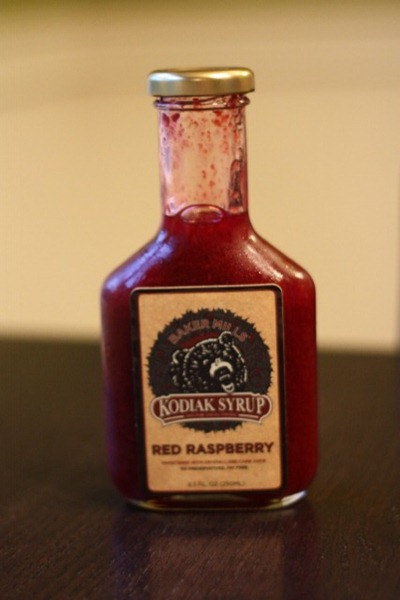 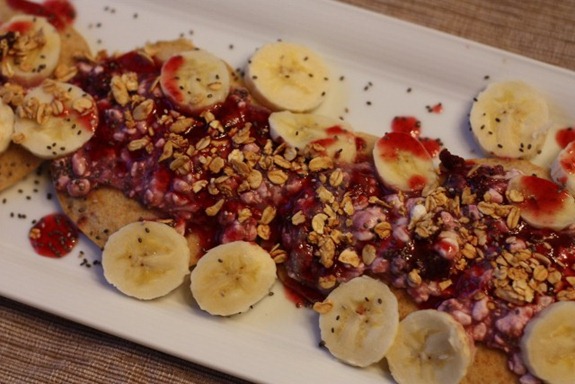 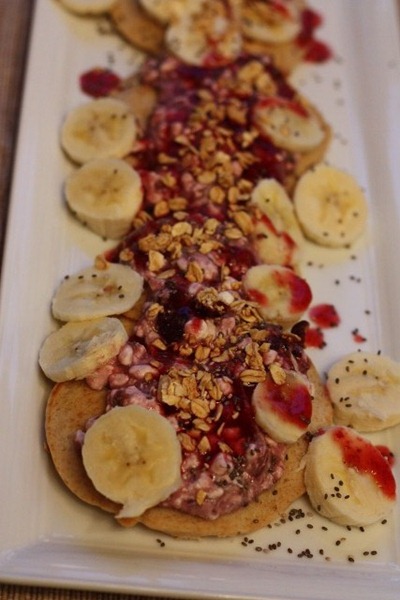 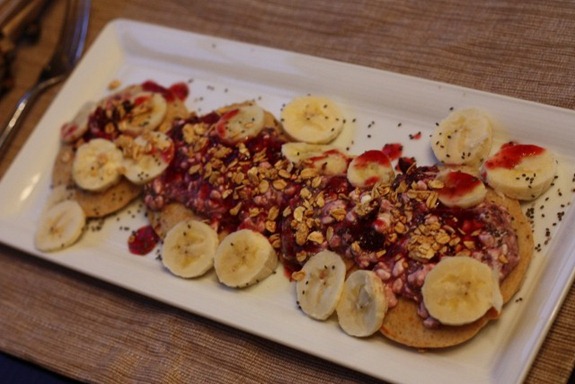 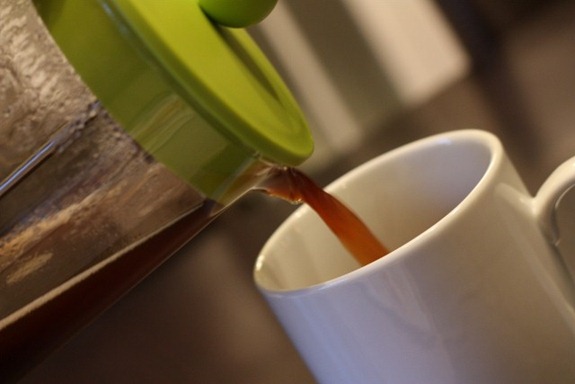 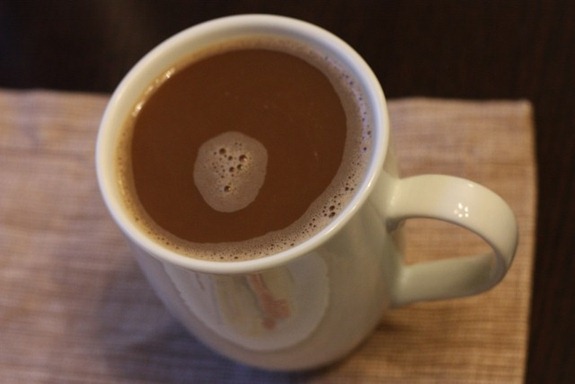 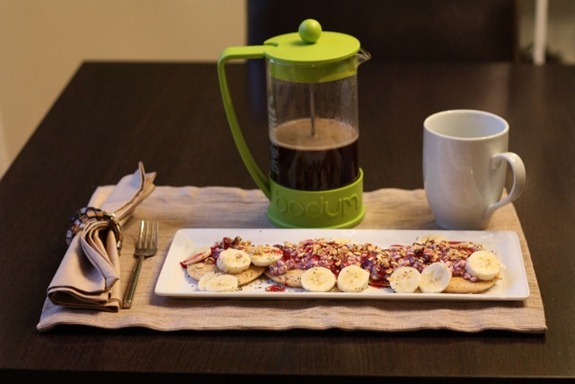 Congrats To The Blue Devils!!!

I wouldn’t be here if it weren’t for Duke!! 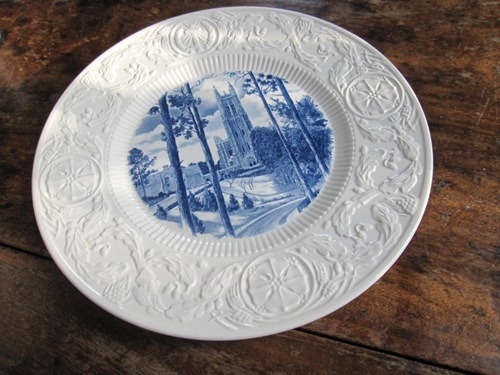 My grandmother graduated in the 1940s. 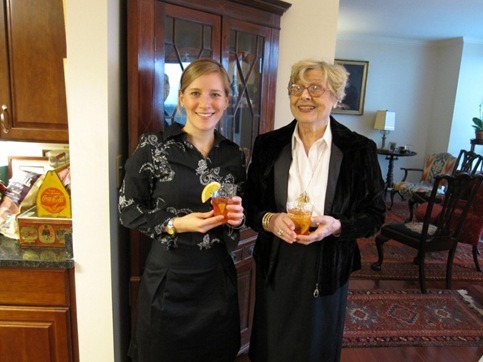 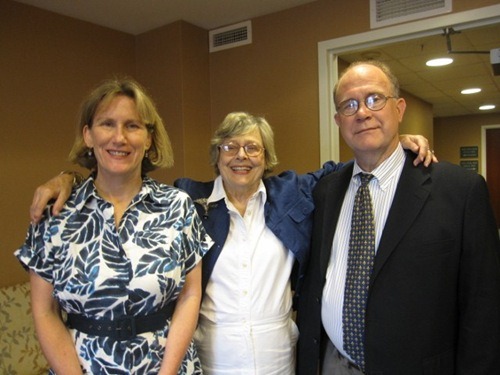 Matt’s grandfather who passed away last year was a die-hard Duke fan. 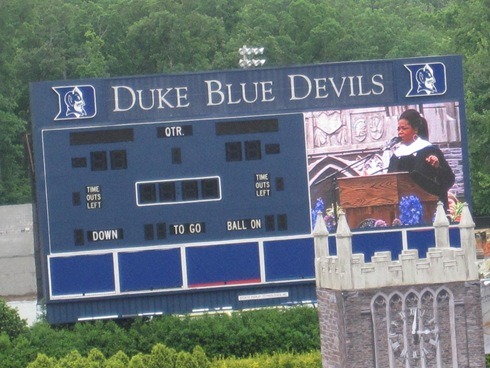 My parents fell in love at Duke and graduated in 1977. After a few years back in the Northeast, they settled back down in North Carolina where I grew up thick in UNC vs. Duke territory.

I ALMOST went to Duke myself for college (if I’d gotten in, of course). I applied early decision and switched my application to Davidson‘s early decision at the last minute.

Matt and I met during Davidson Orientation because we started a conversation over his Duke shorts.

We fell in love at a Davidson vs. Duke basketball game winter break of 2001! 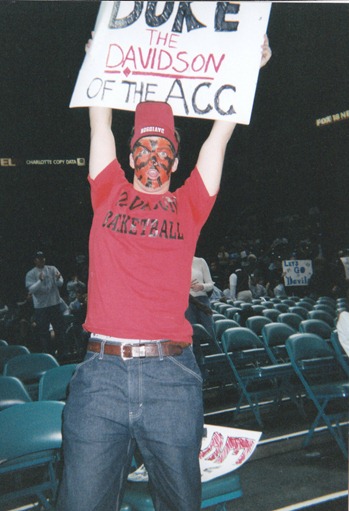 I had my foot surgery at Duke!! 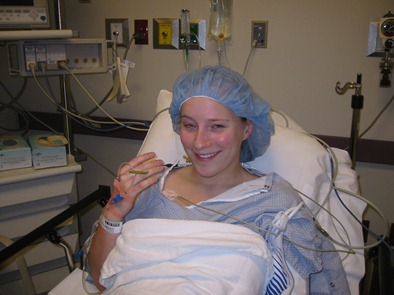 We got MARRIED at Duke Gardens! 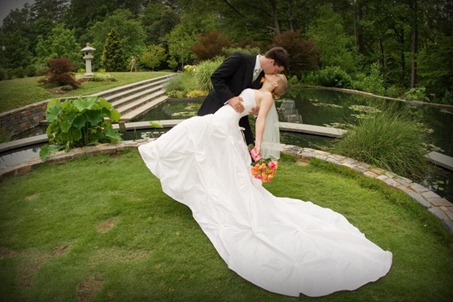 So if you hate Duke, you hate me! 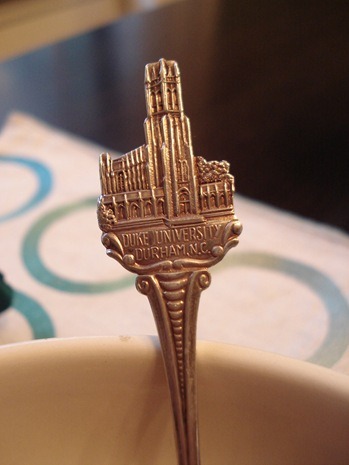 Congrats to the winning team!

Coach K deserves a round:

With four titles, Krzyzewski ties Adolph Rupp and surpasses his mentor, Bobby Knight, who has three. Four titles are twice what any active coach now has. So hate Duke if you must, just understand that in 30 years Krzyzewski has taken his team to 11 Final Fours. He has never embarrassed himself or his university. He has never had to go to the pros to juice his ego or his bank balance. It’s a good thing he turned down the Nets yet again on Monday morning.