In honor of Kath’s birthday, I thought you might like to hear of an exciting event that happened the night before she was born.

When my contractions were three minutes apart, we set out for the hospital.  We lived in Sudbury, Massachusetts and to get to Newton-Wellesley Hospital we needed to take Route 20, the old Boston Post Road.  The road was dark at three a.m. Cliff didn’t see a large rock that someone must have placed in the middle of the road.  The car jolted as we drove over it.  Cliff got out to put the rock on the side of the road, so the next driver wouldn’t suffer our fate.  When he returned and we started up again, he said, "Don’t worry, we’re still rolling."  We weren’t for long. The tire went flat.

Cliff went into the middle of the road and flagged down a driver traveling in the opposite direction. I don’t blame the woman for being nervous. She rolled down her window just an inch and he told her the situation.  We had seen a police car a few miles back. The woman kindly informed the policeman of our troubles  (Remember, no cell phones back then!)  A few minutes later, he appeared. (I”ve learned that one way to get sweet attention from the police is to be in labor.) The officer called an ambulance and that’s how I arrived at the hospital.

Cliff went back the next day and found the rock.  We now have it in our garden, and Kath, it’s ready to move with you to Charlottesville if you promise to take care of it. 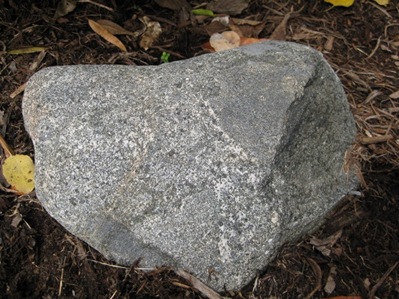 Thanks mom! And special congrats to her for figuring out how to use her digital camera!!

I always try to fill my b-day with things that I love, and so far I’ve included a lot of them 🙂

Matt and I set the alarm to get up at 6:26 so we could go to the gym together before he went to work. I could have rolled around in my PJs all morning, but I wanted to get up and get going so I could finally go SHOPPING! We debated skipping when the alarm went off, but I was too excited to go back to sleep and decided that I wanted that refreshed post-workout feeling this morning, so after some snuggling until the sun came up, we went 🙂 We had a great sunrise visit – quick and full of 26’s. I did 26 on the ET and then ended with a bang of 26 pushups.

Home, showered and oated up: 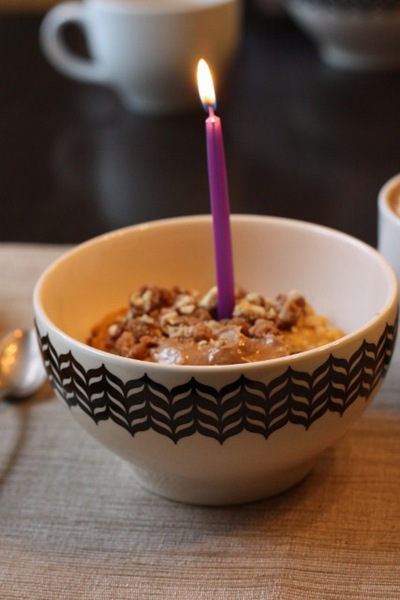 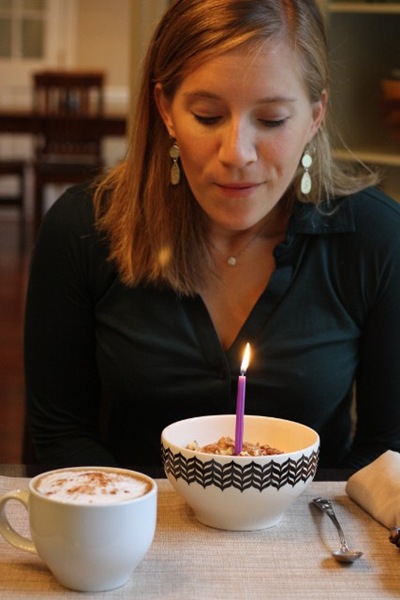 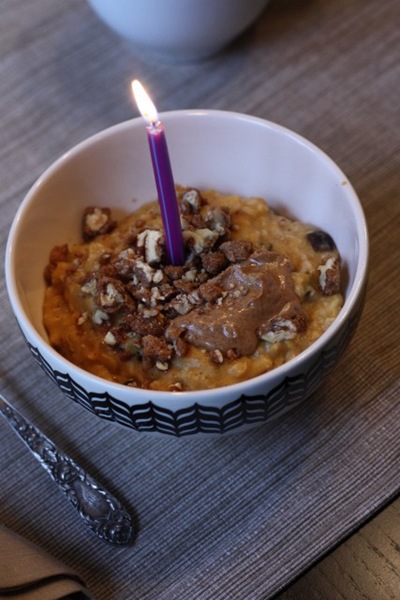 My candle melted a bit into the hot oats!! 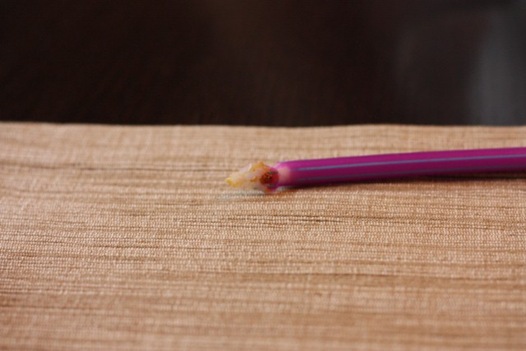 I requested frothed milk from our cappuccino maker. It’s a pain to do, but oh-so-fun when you do! The Fresh Market pumpkin spice coffee was a bit odd, but I still liked it. More like coffee with spices than a perfect blend. 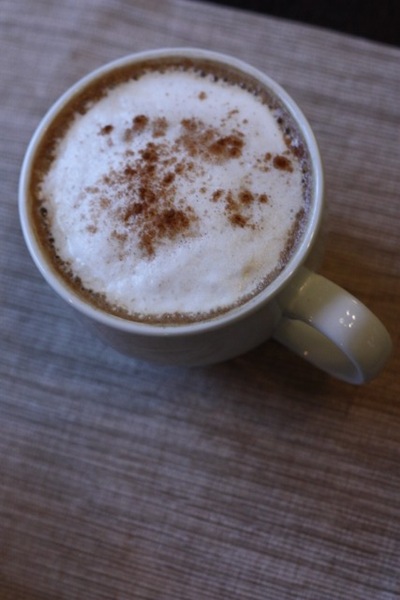 Matt doesn’t like pumpkin in his oats, but he said he’d have them this morning. He liked them! "Just a tad too much gord," was his report. 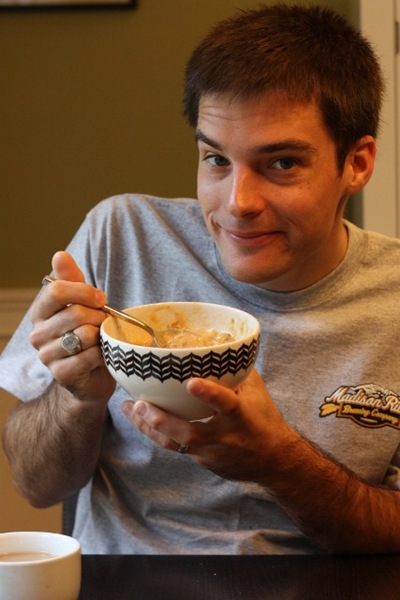 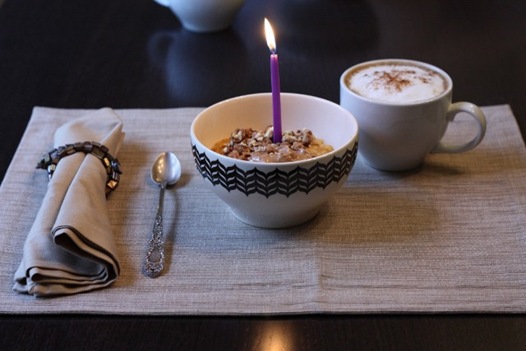 Time to shop!!! I’ve got class at 2PM and might treat myself to lunch at EarthFare since I’m all alone today 🙂 Or I might have a brie + pumpkin butter sandwich…. both would be equally delicious!! Tonight Matt and I are going out to dinner at a fancy place. Can’t wait for a luscious glass of red!