You are here: Home / Lifestyle / Oats Of Steel 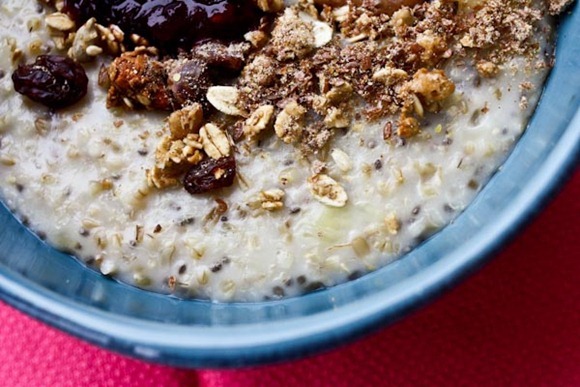 Yesterday Matt stopped into Integral Yoga [a grocery store, not a yoga studio!] and I requested he pick up a few bulk bin items – non-toasted buckwheat (which I haven’t been able to find) and steel cut oats. 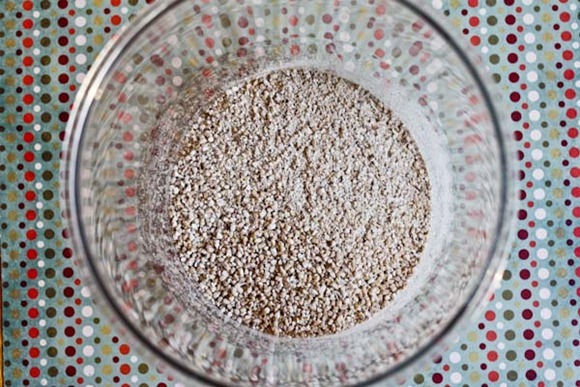 I was excited he found the buckwheat!! I put them in the Vita-mix (because Ashley said it worked better than the Cuisinart) and they turned into flour in just 5 seconds! Magical Vita-mix. I think this is because buckwheat are really soft – almost crunchy – so they aren’t hard to grind. I’m going to try the steel cut in there too, but I have a feeling the Cuisinart might be better because they are so hard. 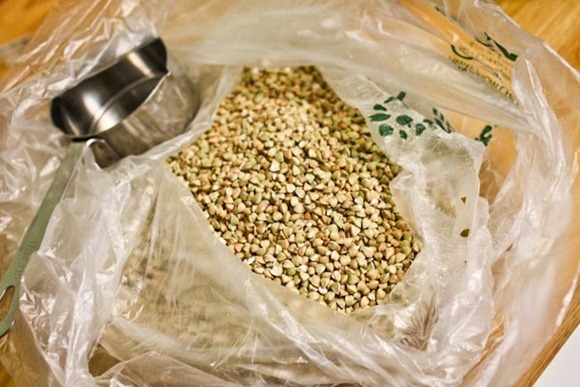 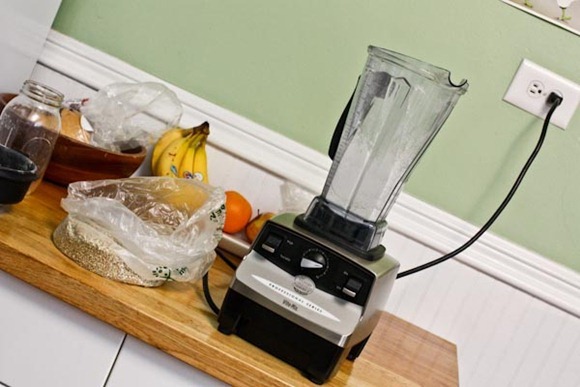 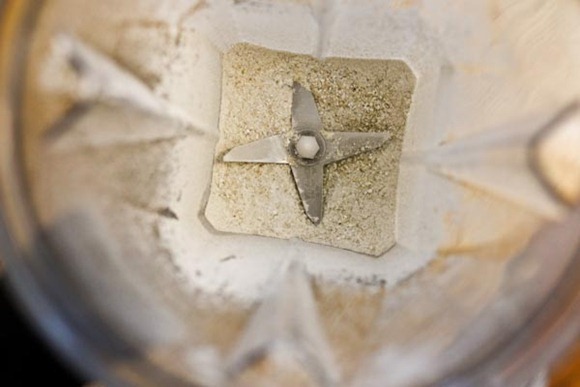 But I did the grinding this morning for tomorrow’s breakfast because today I had steel cut oats on the stovetop! I figured I’d give them another try. I’ve had them many times, and while there’s obviously nothing bad about them, I just much prefer rolled or Scottish oats.

The difference between steel cut and rolled oats is a quick press of the oat to flatten it out and create surface area for quick cooking. The same with Scottish oats – when I blend them I increase the surface area and they cook in just 5 minutes. The nutritional content of all 3 is the same. The only variable is the surface area, which after cooking is probably negligible.

Last night I soaked the steel cut oats in water to help them soften a bit:

By 7:42am I had already ruined my stovetop with a boil over!! Black X for the steel cut. 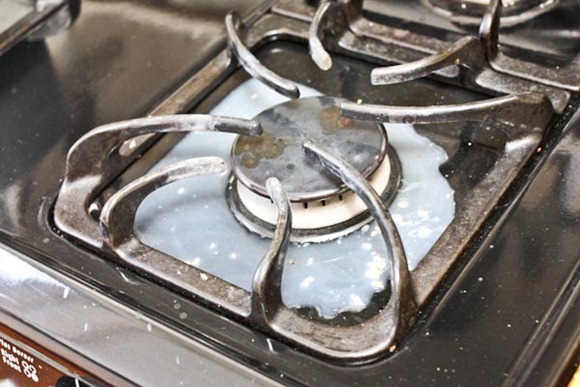 They were ready right around 8am – 25 minutes later. And 25 minutes of patience I don’t have! Sorry steel cut, you are just not worth it! [I don’t have a rice cooker and I wouldn’t dirty up the giant crockpot for this daily]. The main reason why I DO enjoy steel cut is the slight chew to the oats – but I can achieve this by adding some cooked wheatberries to my oats or leaving the Scottish oats at a coarse grind! 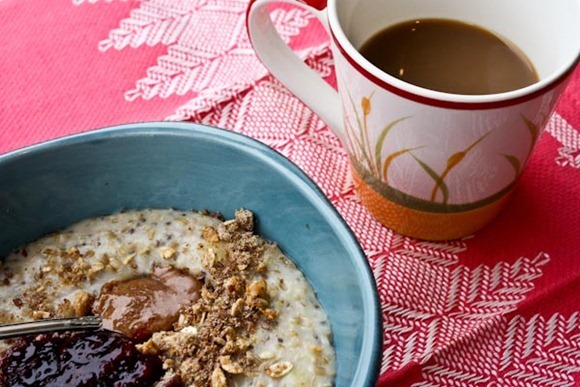 My bowl of oatmeal was still delicious!! 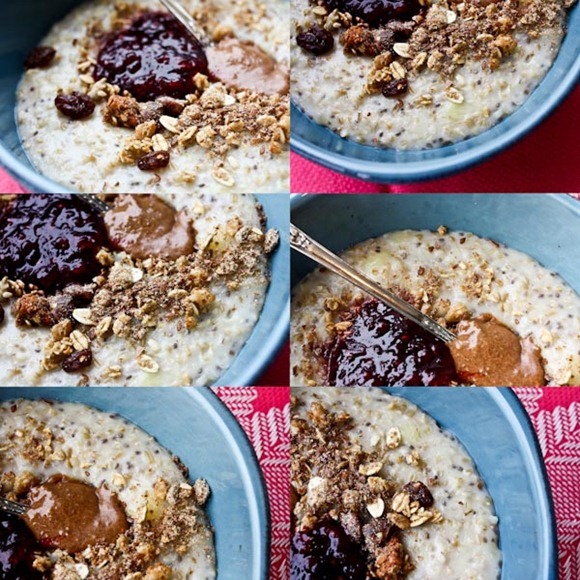 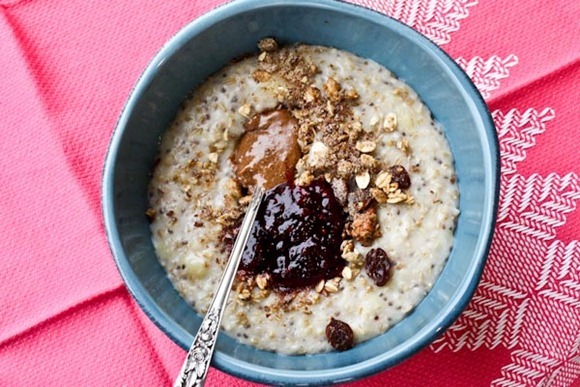 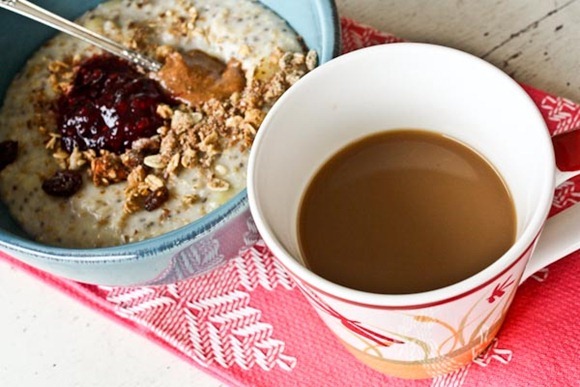 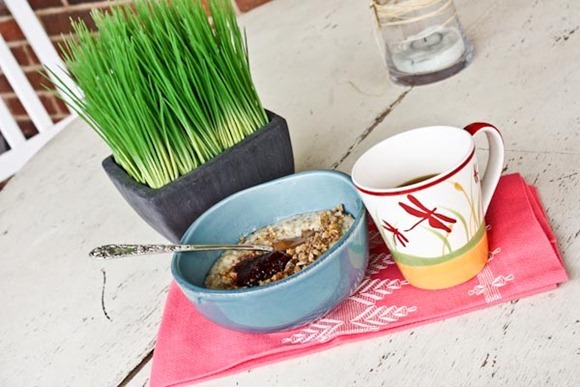 Off to shower – Matt and I have an early meeting!