AHHH gotta get to bed!! Studying didn’t get done. It’s only a quiz tomorrow, but not a quiz I’d like to fail!

Came home from class to have a nice warm pumpkin snack:

About 1/2 cup pumpkin with 1/2 a Coconut LaraBar (the other half I had a week ago or so) plus some pumpkin pie spice and brown sugar. And some Butter Toffee PB! 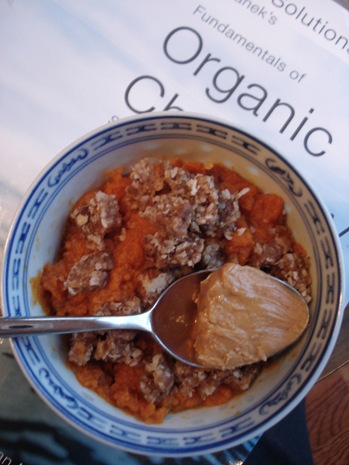 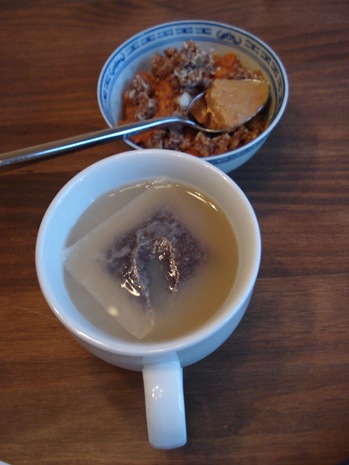 After some studying, Kelsey and I headed up town for the Charlotte Dietetics Association meeting. My first! Unfortunately we didn’t really get any networking in because the program on supplements (at a local health food store) began immediately and went on for over an hour and a half. A little long! Luckily I had my o-chem flashcards to review in my chair 🙂

I wasn’t expecting dinner, but the food spread was awesome! Tons of fruits, veggies, and finger foods. I took a taste of most things and called it dinner – it was delicious! 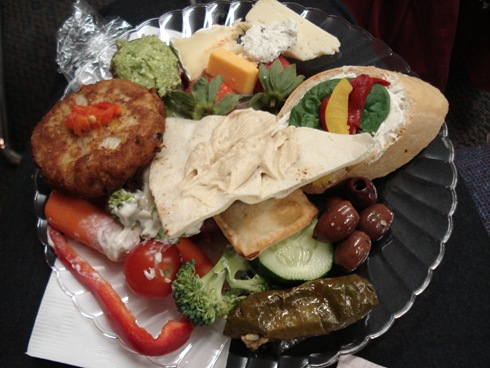 A pesto mushroom, cheeses, strawberries, bread topped with goat cheese, spinach + pepper, a pita w/ hummus, olives, a spinach thing (didn’t eat that guy – oniony), stuffed grape leaf, raw veggies in goat cheese dip, and a crab cake (ate 1/3 – oniony). I wanted more veggies, but the program had started so I just let fullness set it as it was.

After the meeting there were tons of leftovers and we were encouraged to keep eating. I asked if he had anything I could take some home in, and the manager came out with a handful of to-go boxes! SCORE! I packed up one with some finger foods, cheeses and meats for the husband, one with desserts (blueberry tart, lemon slice, pecan (?) wedge) and one with just veggies. (If you can’t tell by the scale, these were mini containers – not the large kind!) 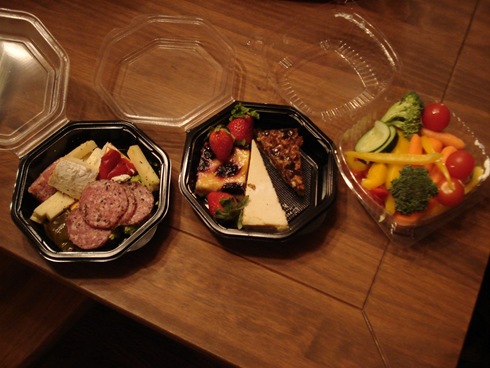 When I got home I had the strawberries and a taste of each of the desserts! Mmmmm!

Then (as my photos were uploading) I had a tiny piece of GH bread with peanut butter – I still felt a tad empty.

Off to bed – tomorrow starts the climax of the week then by Friday AM things should be calm again until after Thanksgiving.