You are here: Home / Lifestyle / No Cook Meal 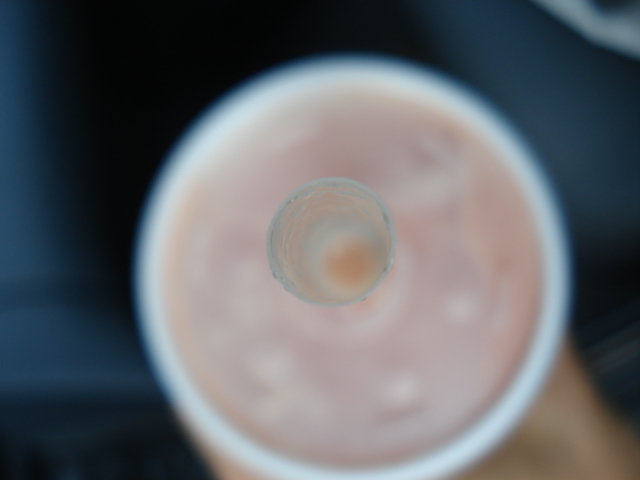 It was too hot to cook, and I’ve been wanting to have a smoothie for dinner on my way to class ever since I had that delicious one a few weeks ago, so tonight’s menu was a 5-minute sandwich and a drive-by smoothie!

Having decided not to cook, I started making my sandwich and then I remembered the cilantro we have in the fridge. Cilantro pesto ….what that would to do the sandwich!! So I had to make some. It didn’t take more than 5 minutes, but I had to clean the food processor, which is always somewhat of a pain. But it was SO worth it. This sandwich was awe.some.!

Pulse together first 3 ingredients into a paste.

Drizzle in oil while blade is running until emulsified.

It has such a round, bolder taste than basil pesto, which is fresh and sharp. 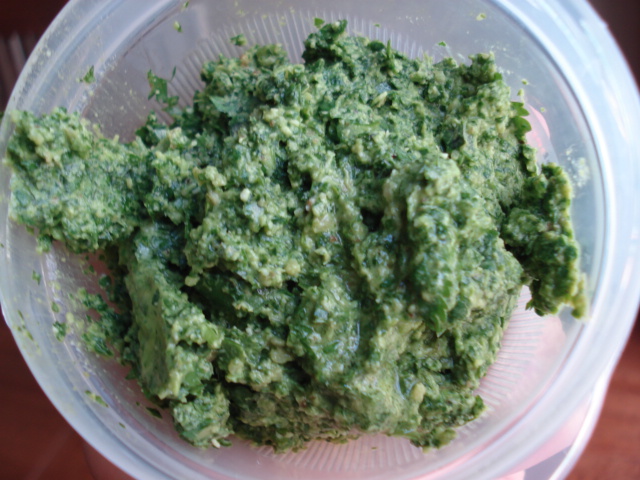 On the amazing sandwich: 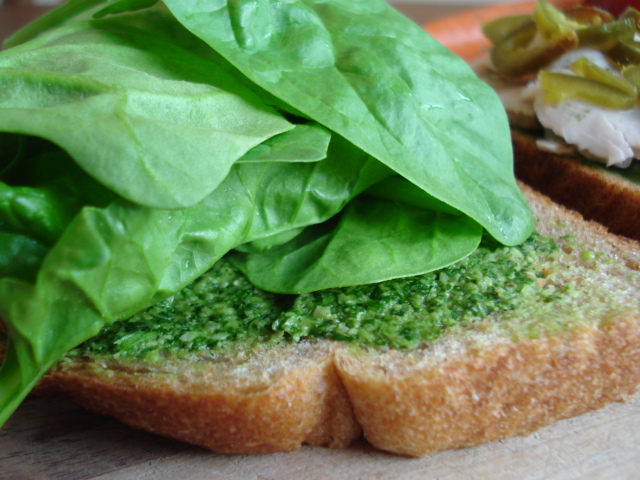 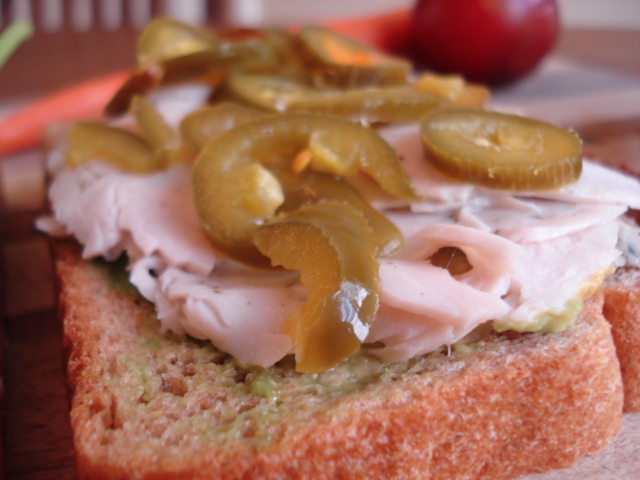 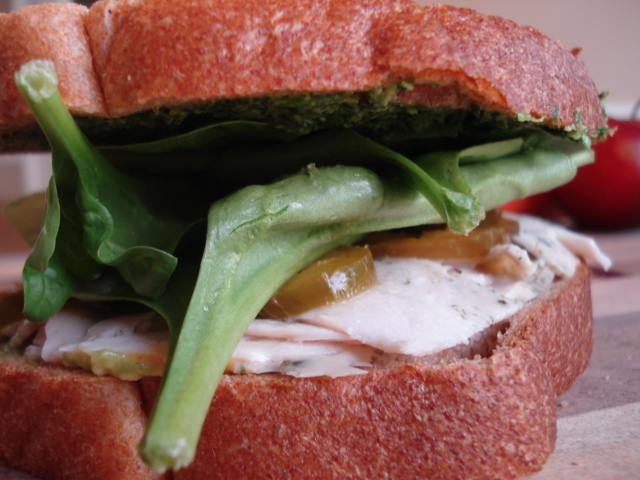 With my sandwich I packed a carrot stick and a small plum : 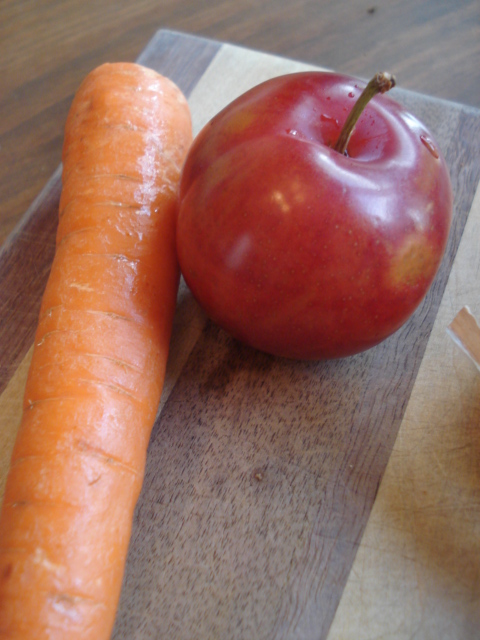 Ready for packing with my Country Square for snack! 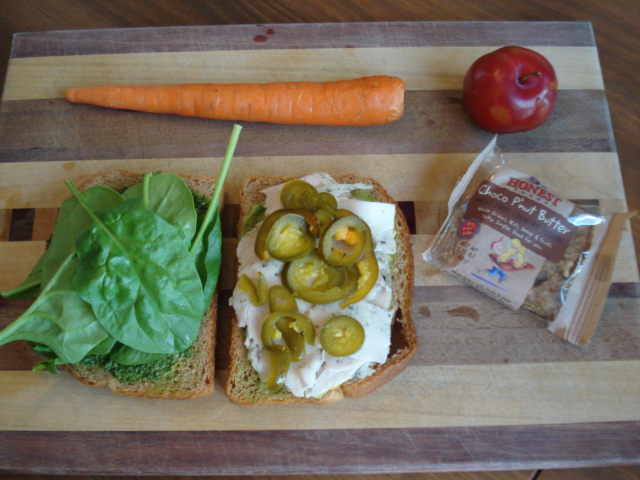 I stopped by Carolina Smoothies because it’s right on my way to class and got the Refresher : peach, strawberry, pineapple, banana + honey. I was very disappointed to see him pour peach + pineapple juice into the container instead of whole fruit. I’d prefer a blend of just whole fruit and ice. It still tasted great and was filling, but not nearly as good as the Mangosteen one I got a few weeks ago at Smoothie King. I have a feeling I might get these more often when my busy schedule starts, as it was so cold (good for hot days) and filling (good for portable dinner supplement). 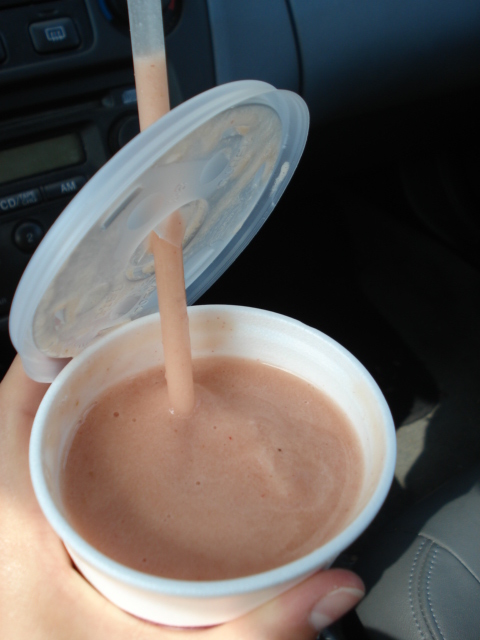 The PB+Chocolate Country Square was GOOD. Very much like a brownie . Actually, it was a brownie but with a list of ingredients like oats, peanut halves, sunflower seeds, oat bran + walnuts it was a mighty healthy brownie. It was on the dry side, but that’s mostly comparing it to the apple one I had a few days ago, which was SO moist. The PB+C reminded me of a Chip’s Ahoy cookie but with lots more complex flavor.

I ate him on my commute home, which means it took me about 25 minutes with small bites and long chews! 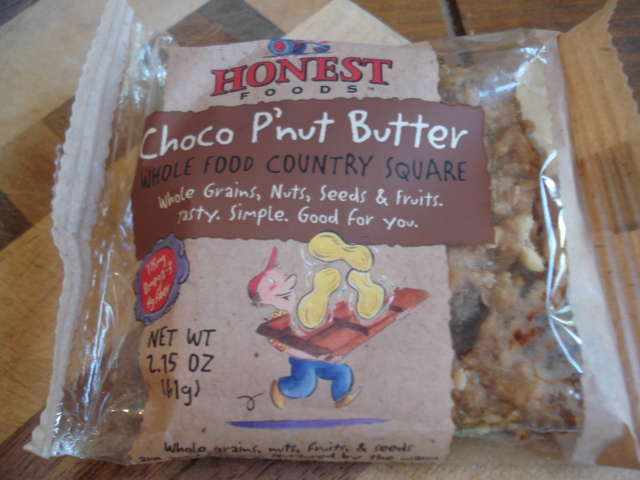 All hell broke loose in Chemistry tonight. No one’s chemicals would freeze so we couldn’t do our warming curves and then the calculations at the end weren’t adding up and the professor had no clue what to do. It was awful. 3 weeks down, 5 to go……

Wow, I’m up late for me!! Off to get in bed and read before my eyes fall shut.