You are here: Home / Lifestyle / Nach Yo Bar Fly’s Nachos 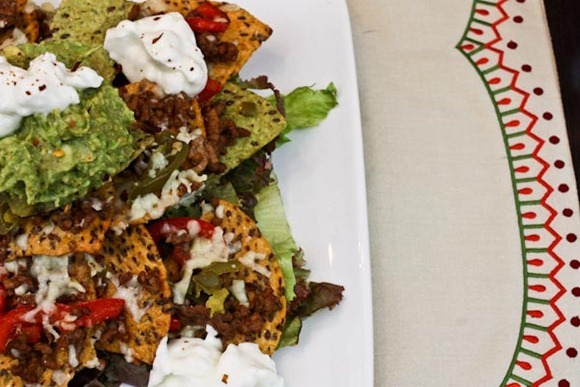 Matt and I ventured out to the grocery store to stock up for the week and came home a nacho buffet. 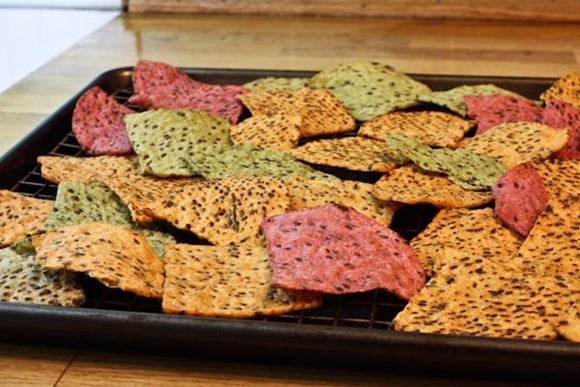 [Trader Joe’s veggie + flax tortilla chips. I didn’t realize the red ones were beet and ONION until I realized that they always left a funny taste in my mouth. Notice that Matt got all the red ones on his nacho plate! Won’t buy these again..]

The chips were placed on a baking sheet and topped with some grass-fed local beef that was browned with cumin, chili powder, garlic powder and salt with some red bell pepper 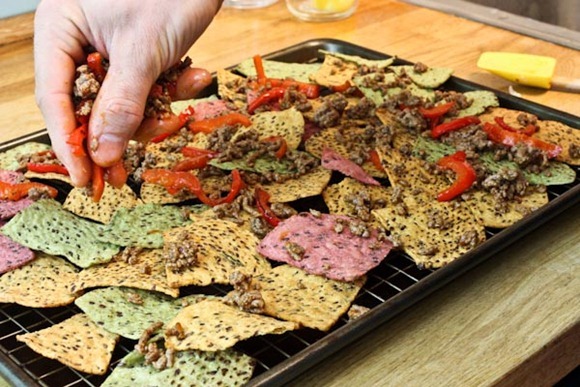 Next came cheese and pickled jalapeno 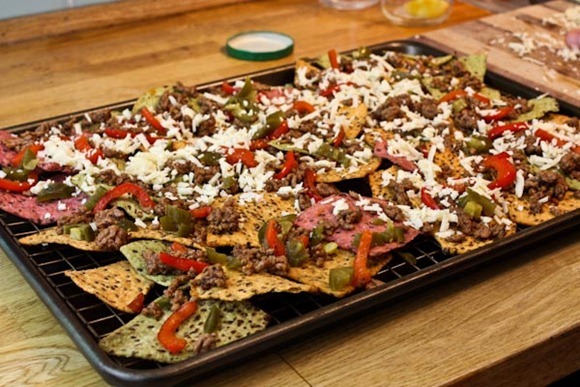 Really delicious sharp cheddar from Whole Foods, hand grated. I will never buy just any ole cheese again – the good stuff has so much flavor! 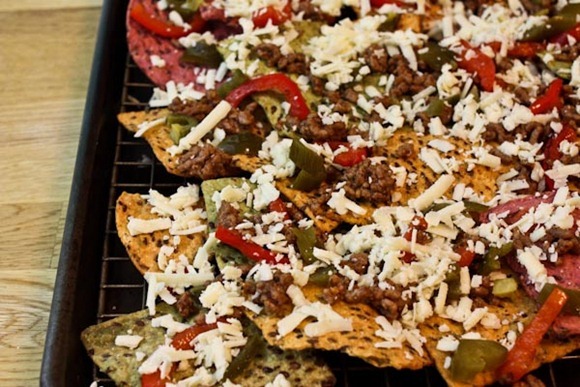 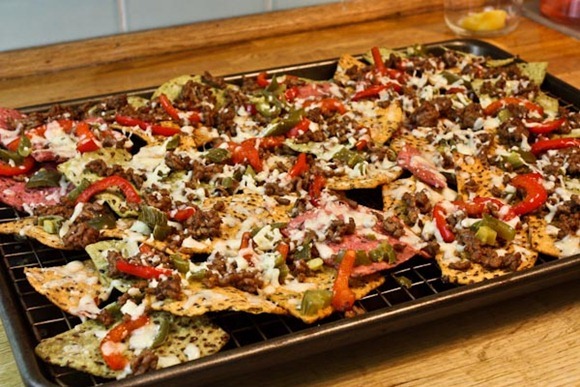 ~Interlude to talk about the yogurt!~

I have fallen in love with Whole Foods organic low-fat yogurt. No tang, all cream!! 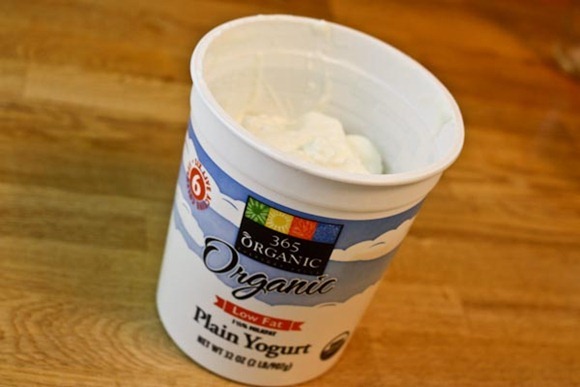 I have never been a fan of liquidy yogurts, which is one of the main reasons why I love greek yogurt. I’ve strained my plain yogurt before, but in the past I’ve let it strain for too long, make it more like cheese than greek yogurt, which made it not-so-edible. Tonight I strained it – but for just an hour. BINGO!!! Perfect texture, perfect taste, perfect price! 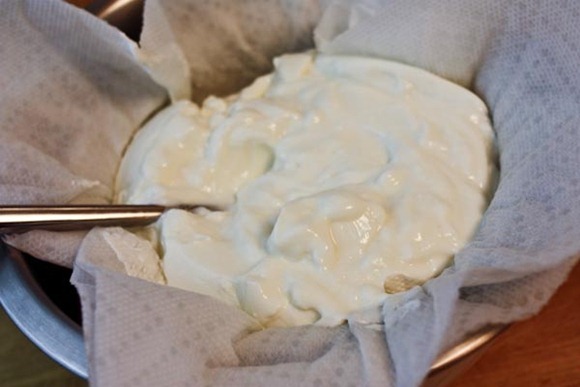 I wish I could say that I’m going to use the whey in smoothies and muffins, but to be frank, whey has always grossed me out (I always pour it off the top of my yogurt) so I did not save it. 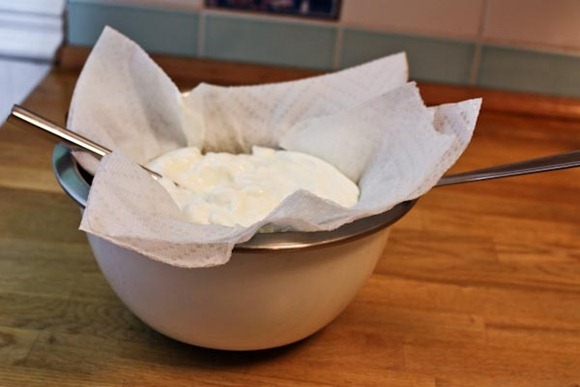 So back to the nachos!! 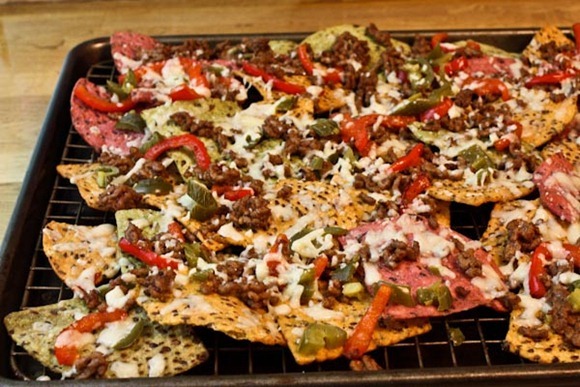 We debated how we were going to get them from pan to plate and considered just eating them family style on the dining room table!! But they ended up being very easy to transplant a few at a time – into a mountain! 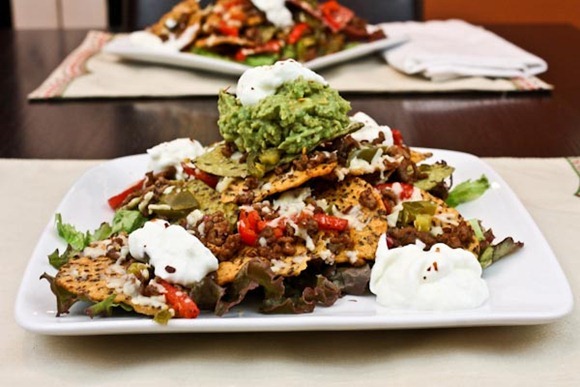 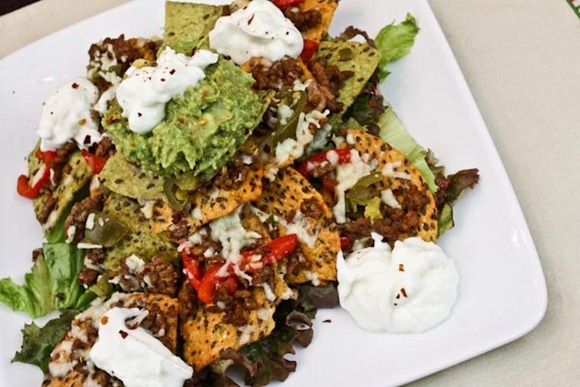 We declared this the best dinner we’ve had in ages! 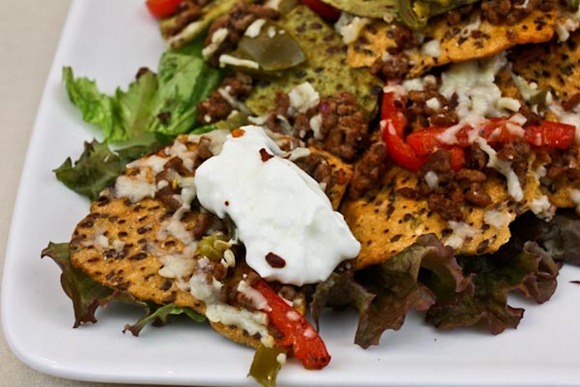 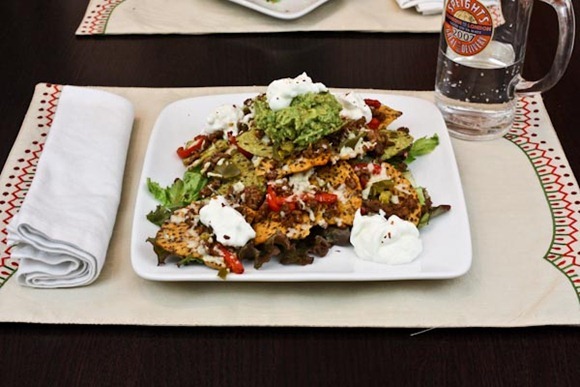 For dessert, we watched the movie The Man from Snowy River. Natalia, you’re in trouble for this recommendation! Ha, not really : ) She recommended the movie a while back when I requested names of good westerns. This movie was rugged and western (although it took place in Australia), but there were moments when we laughed out loud at the direction! Huge horse’s eyeballs and horror film music. But we did enjoy the movie 🙂

Also, the sea salt dark chocolate we shared during the film!

Tomorrow is a busy one already, and I’m debating going running right when I wake up. Gasp! I haven’t done that since it was 100 degrees out or I was on vacation!