I realized I’ve had soup for 3 meals in a row. I promise tomorrow’s lunch will NOT be liquid!

I had a rather uneventful afternoon. I mostly  just piddled around the house.

The husband’s whole family stopped by – his dad and bro before they went to the Panthers game and his mom to drop off his bro – which was a bit of excitement.

I had a handful of kashi crackers out of boredom and this mini Key Lime Pie LaraBar at 4:30. It was my first time having Key Lime Pie. I’m not a huge citrus person, so I wasn’t totally looking forward to this flavor, but it was better than I expected! 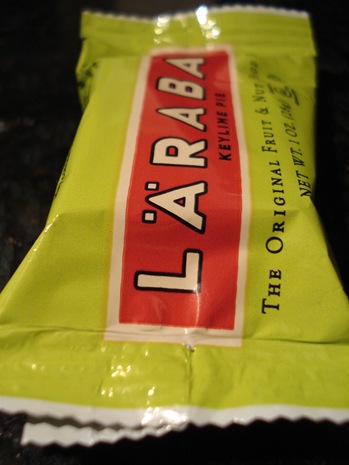 The skies were gray so I had little motivation and energy to do anything else productive. Until 5:00! I headed to the gym for some CardioFunk! First I did 40 minutes on the Stepmill, kind of by accident because I got there too early. I was itching to get out of of the house. CardioFunk was fun as usual, but I think there was less energy in the group there too! I left 10 minute early because I had to run to the grocery store and shower before the football group returned.

I invited Andrew and Mark for dinner at the last minute and decided on the Frontier Tortilla Soup Alex in Chicago gave me during the Quaker trip. 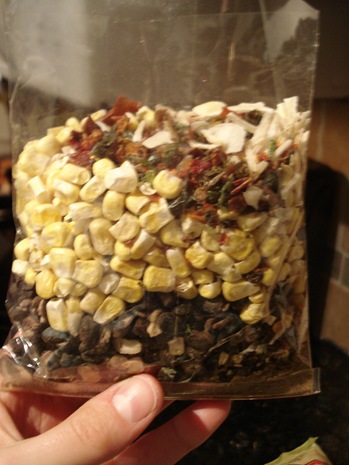 But I needed 2 cups of cooked chicken. At the grocery store I saw the rotisserie chickens and decided one would be the easiest solution and would also leave us some extra for sandwiches this week! 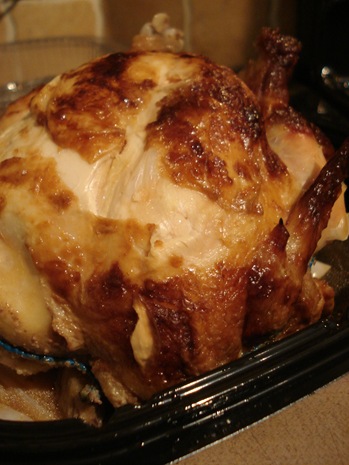 This spontaneous purchase was definitely not the most cost effective. In fact, including the beer I got for Andrew as a surprise, this dinner cost us as much as the whole first week of the Thanksgiving Challenge! But otherwise we’re doing really well this month: we’re up to about $60 for December and only have 1 major week left. (But to be honest, this meal isn’t even going to count towards the total because I used the last of a gift card I had left from this fall.)

The husband plucked off about 2 cups of the chicken for the soup, which went in with this spice packet, 5 cups of broth, and a can of Rotel (which I used in place of salsa due to the onion factor). 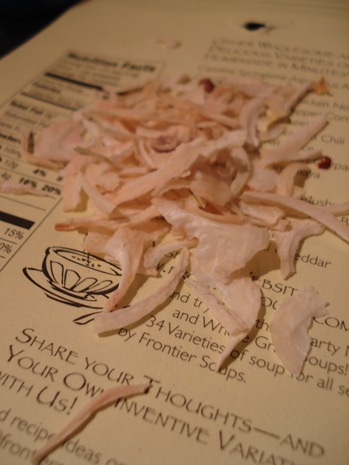 We served the soup as directed: with tortilla chips and avocado! 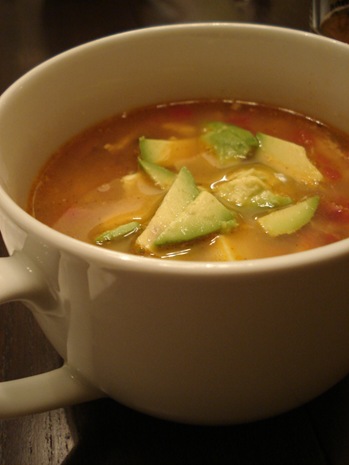 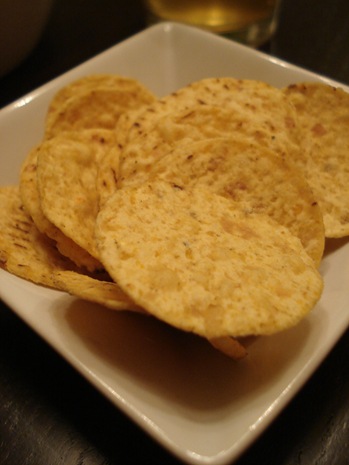 Along with a beer like the rest of the guys 😉 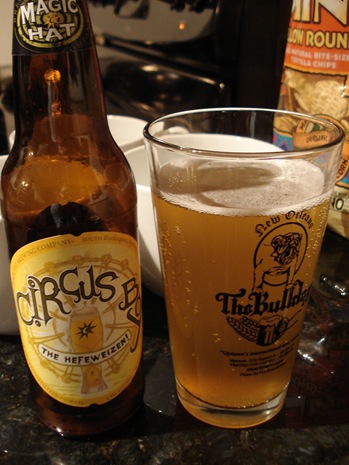 The soup was absolutely delicious. 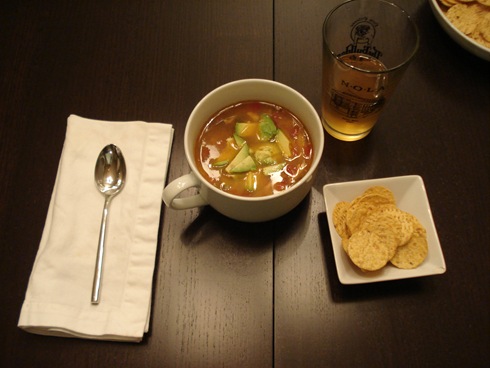 So were the chips! I had probably double more from the communal bowl as we sat around chatting after dinner – 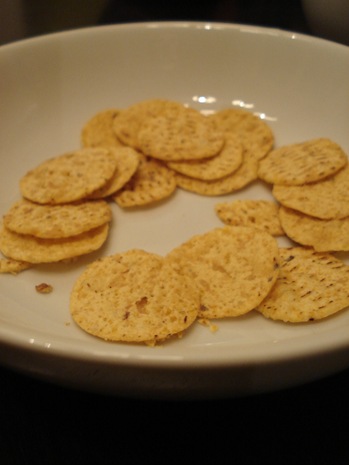 “Teach A Man To Fish”

In the spirit of the gift-giving season, I wanted to write about another organization that we support: Heifer International. Heifer’s mission is to “help hungry families feed themselves” through sustainable resources.  I have valued this holistic approach since I first learned of Heifer. Rather than shipping in prepared food, which is inefficient and costly (although sometimes necessary), Heifer uses its resources to help educate and support communities to feed themselves. The Thanksgiving Challenge donation went to Heifer this afternoon 🙂

I’m getting up early (5:45am) to accompany the husband to the gym before work. Better get to bed!