Good morning y’all!! Lots of soccer yesterday – good for the USA and bad for my team. We had our first loss of the summer season, which was so diappointing, especially because we felt we played a really good game. Just unlucky I guess! The women’s team, however, had more than luck on their side!

I started the day with yogurt, raspberries and raw oats on top. A nice simple and cool breakfast for summer. Hot tea on the side! Coffee is just not doing it for me these days. 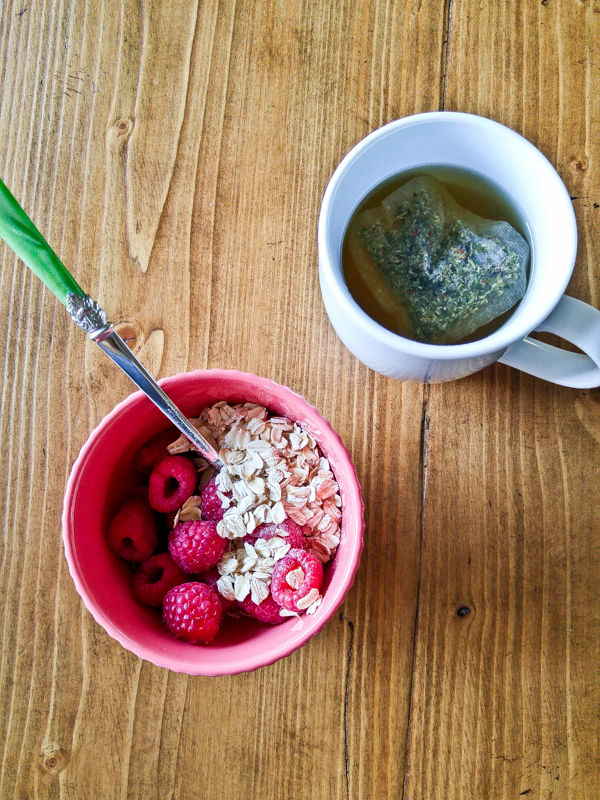 Despite my soccer game, I went to strength class in the morning. Wanted to get my upper body in! I took it easy on the lower so as not to tired out my legs.

M and I went home for lunch and I put together this salad made up of leftover lamb, rice and raita. Orange La Croix is my new favorite! I like the ones that have more over less flavor, and mango was a little underwhelming. So far my favorites are Coconut, Orange and Raspberry. 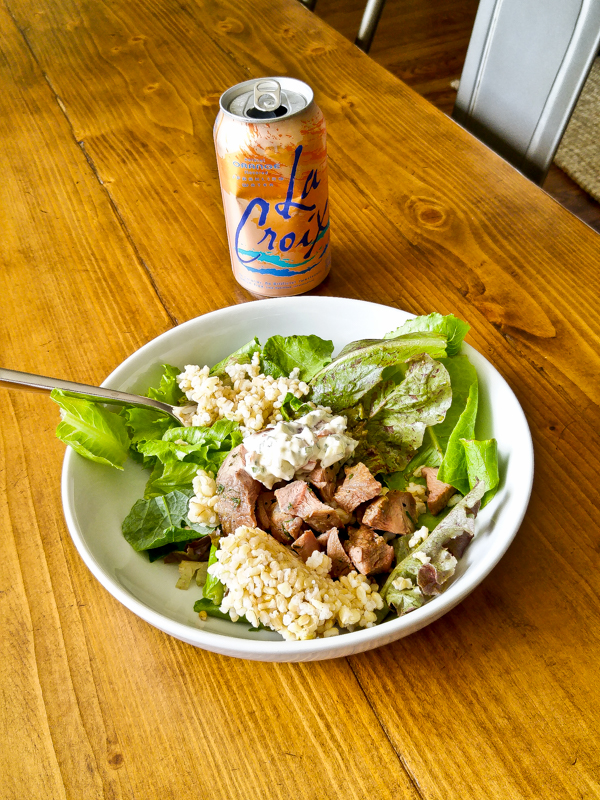 Pre-soccer snack was toast with peanut butter in a rush!

At 5:45 it was game time, and we almost didn’t get to play because a huge storm was skirting around us! After a short delay, we eventually got to start. But as I said above, it was a hard loss for our team. We had SO many shots that almost went in. But almost doesn’t get the job done!

After the game some of my teammates and I went to South Street Brewery to watch the women’s world cup game.

I had a quick shower turnaround and knew I was too tired to walk, so I pumped up my bike tires and biked! Biking was SO FUN! I have barely biked since getting pregnant in 2012 and I sure hope it makes a comeback. It’s extra nice in the summer when the breeze of speed helps keep one cool. 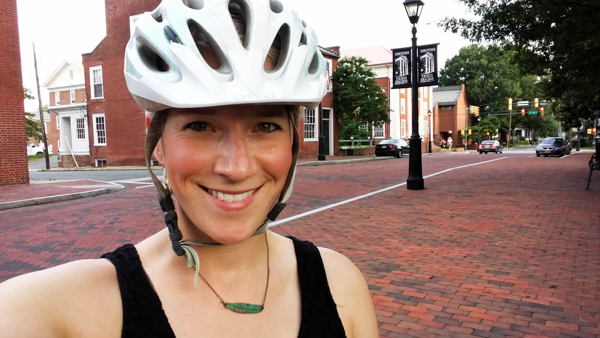 At South Street I had a Satan’s Pony and ordered fish and chips! I was st-arving. Haven’t had a good serving of fries to myself in a while, however, I could barely finish the fish much less the fries! Filled me up fast. 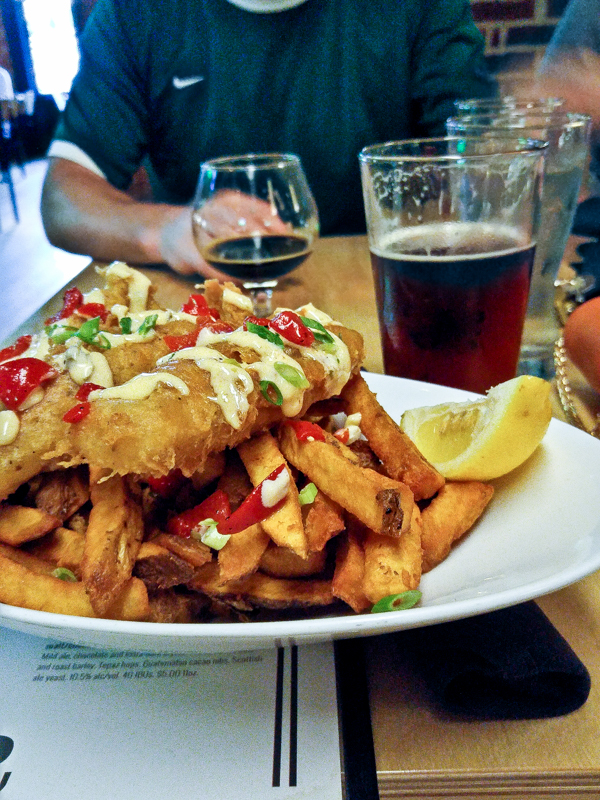 I have an intern working with me this summer on some creative updates to old posts. She made this super cute infographic for this post, and I just had to share. 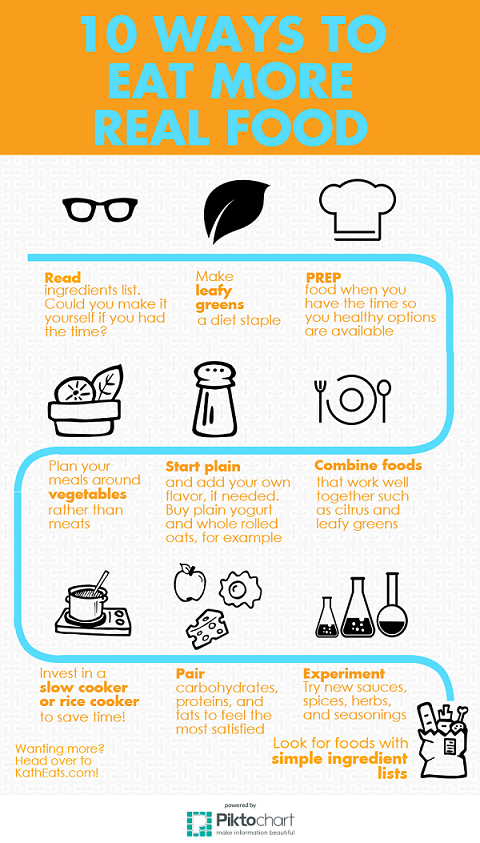 Have a nice Tuesday all!