You are here: Home / Charlottesville / Mmmmm….Beeeeer

Holy moly I don’t even know where to begin!!!!

Perhaps with walking to the beer festival? It took us 2.5 miles and about 45 minutes, but it was worth it. It was a lovely walk! 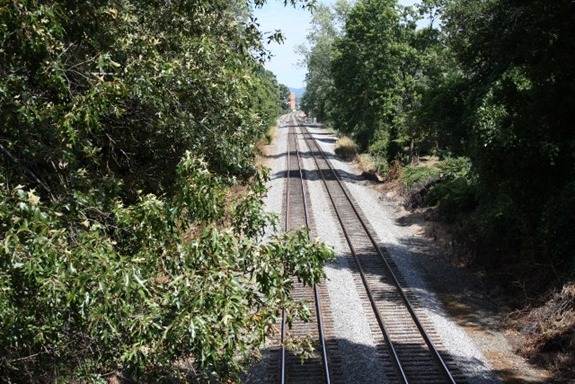 Do not underestimate fall! 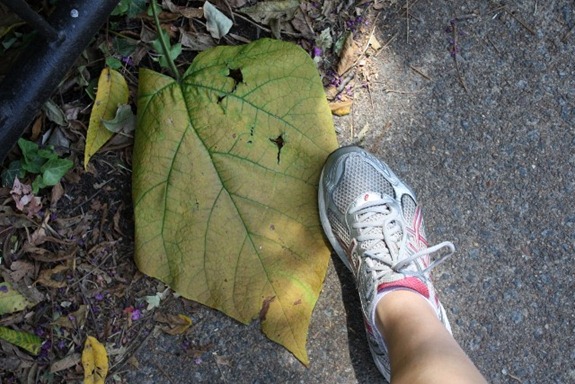 We stumbled upon some kind of festival on our way to the …festival. 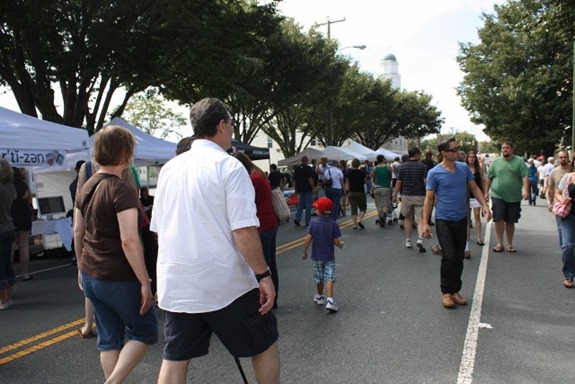 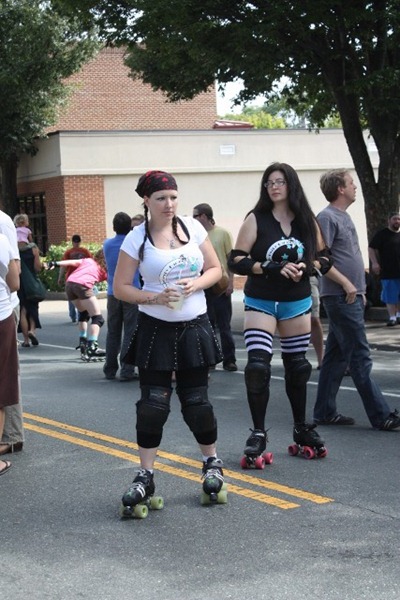 And then we were downtown 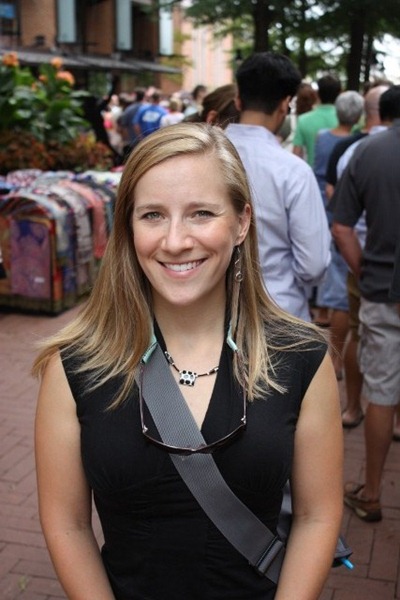 With a long line till the festival opened! 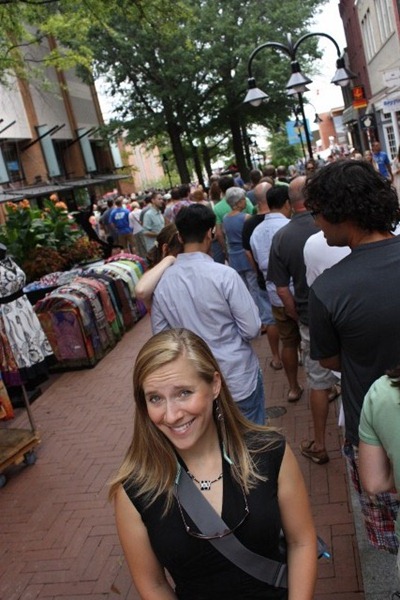 I smuggled in a coconut water but I didn’t end up needing it. I was thinking worst case scenario! 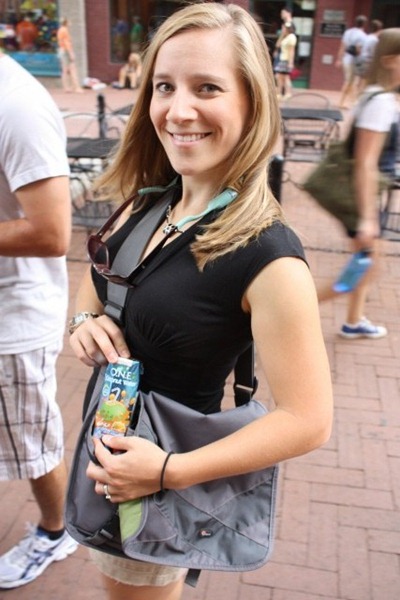 Once we were in, first thing’s first!! 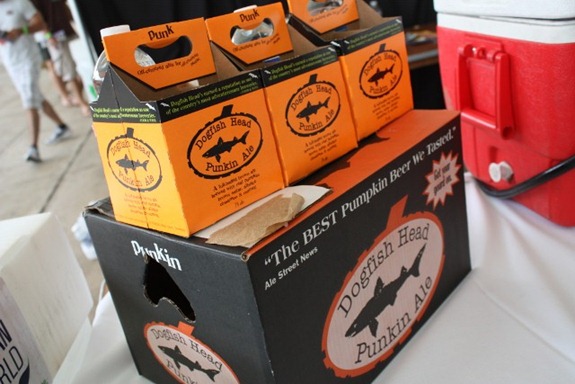 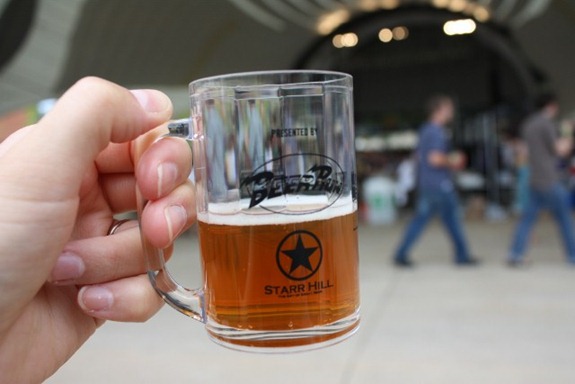 After a quick Punkin taste, I got to work on my game plan: NERD ALERT! I highlighted the beers I wanted to try so I could stay on track. I pretty much did stay on track for most of the festival. Things got a little fuzzy for a while, but it could have been a lot worse! 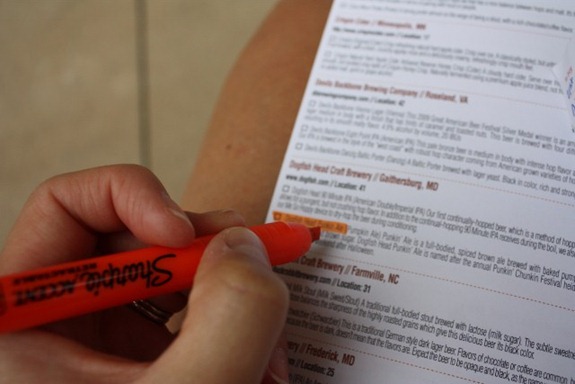 And then here’s a good visual of what I tried in my tiny mug:

After all that, we STILL had tickets left to taste! Ended up throwing them up the air! 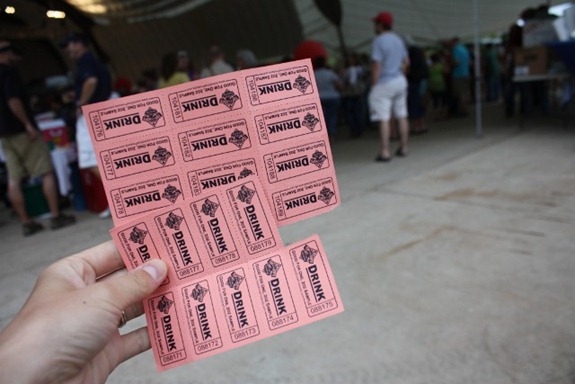 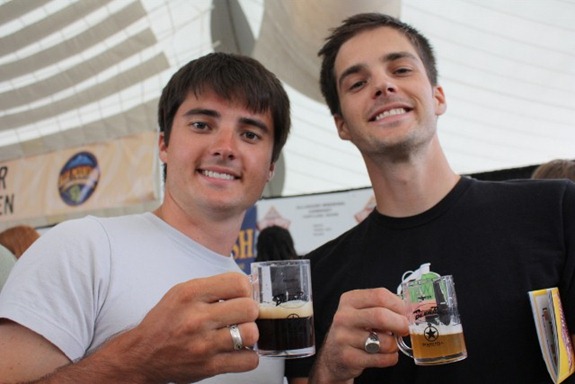 Matt + Andrew got celebrity sighted! This blog reader friend recognized them but couldn’t place where. Then she spotted me and put 2 and 2 together. She thought they were band members at first! The KERF Band 😉 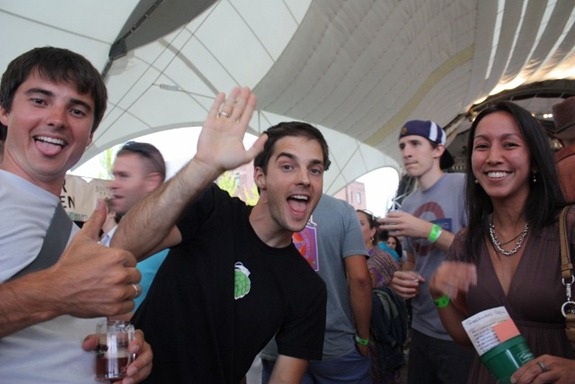 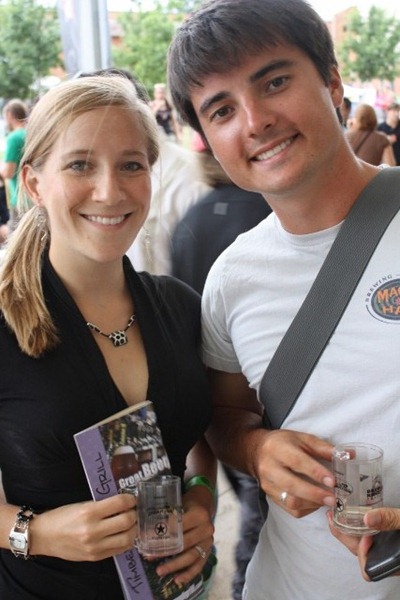 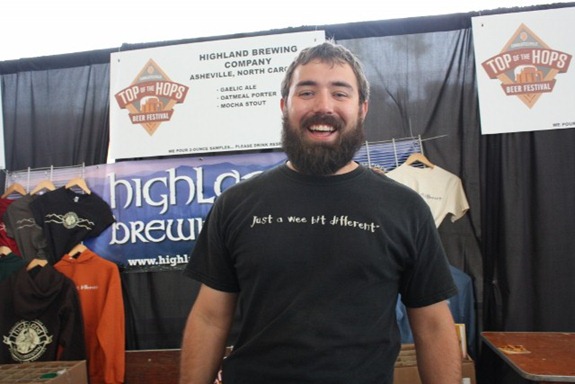 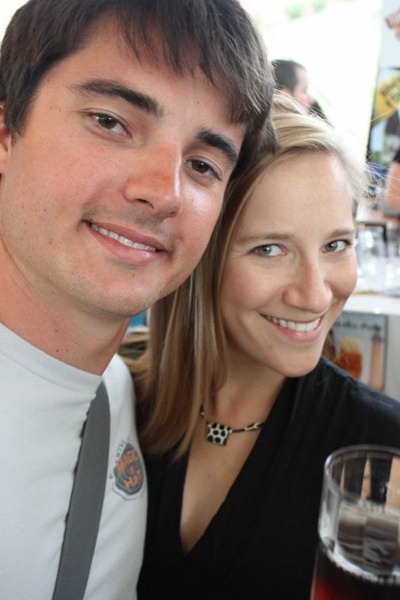 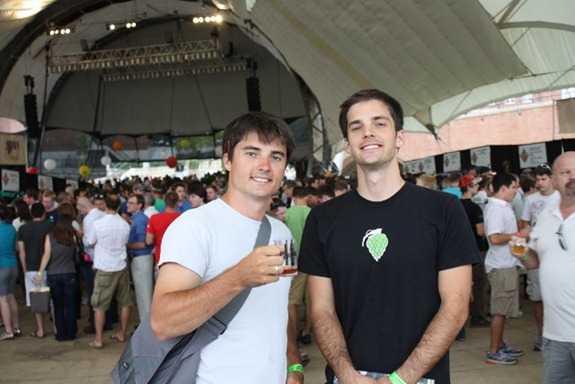 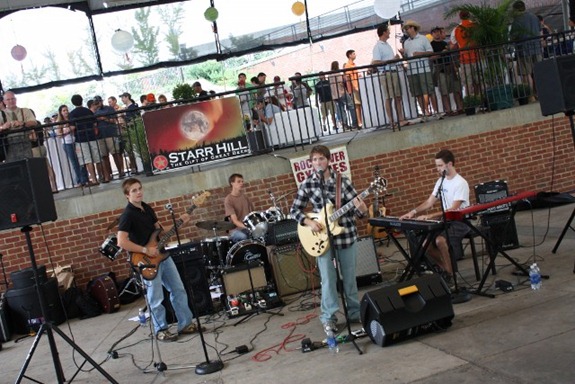 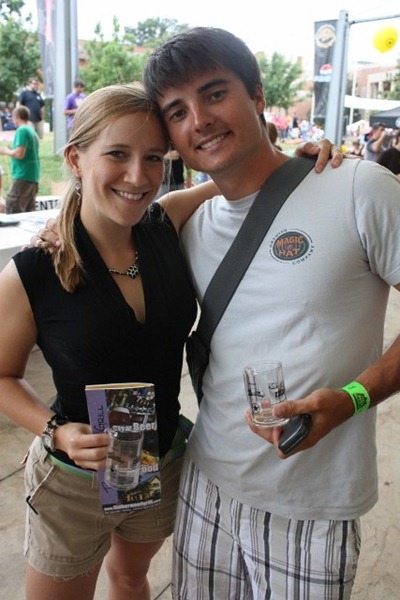 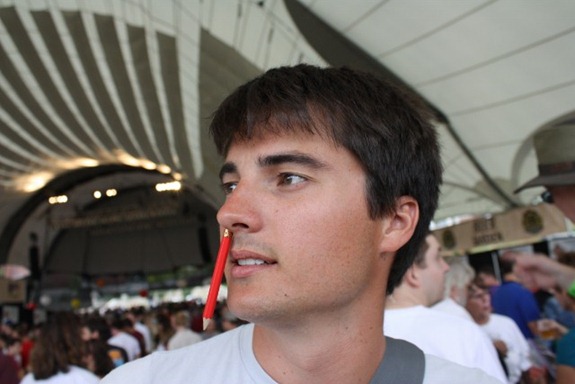 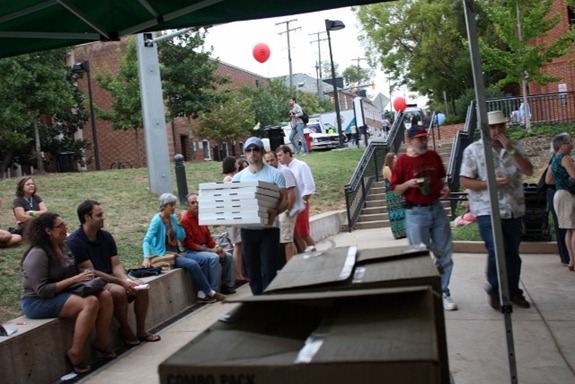 Some of the best pizza ever!! [Clearly in the moment 🙂 ] 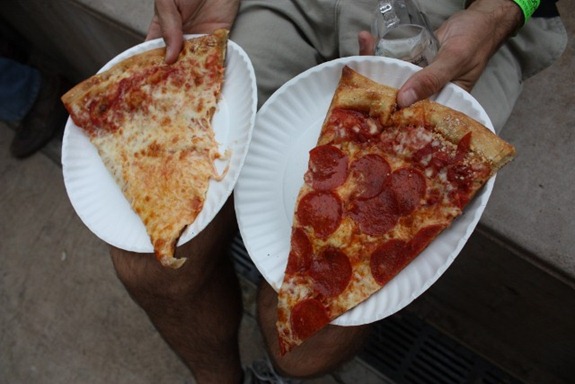 Around 6:30 we decided we’d had enough beer (gasp!) and headed back on foot to The Corner. Sadly it started raining on us and we had to call Karen to pick us up. Thanks for the ride Karen!

We had planned a burger dinner at the Cville-famous Boylan Heights burger joint. MILLIONS of bloggers have recommended this place to me as “the best burgers (and veggie burgers) and sweet potato fries in town.” 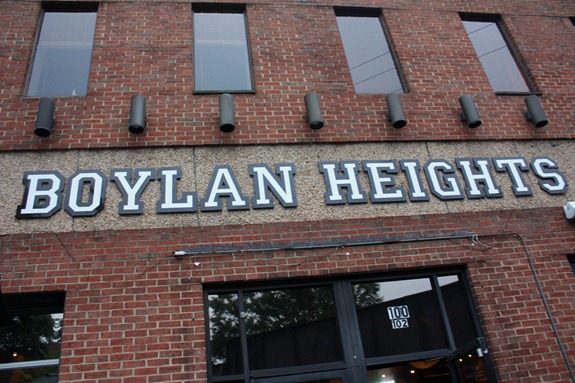 Karen, Matt and Andrew got versions of burgers – bison, beef, etc. on various buns with various sides. They were all just OK. I got a burger in a bowl that was literally a burger in a bowl. Not much salad at all! The bleu cheese was quite good but the veggie burger, which everyone has raved about, seemed to be a big blob of quinoa. I was quite sad 🙁 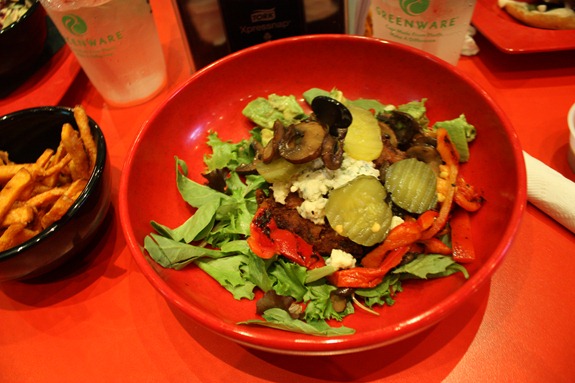 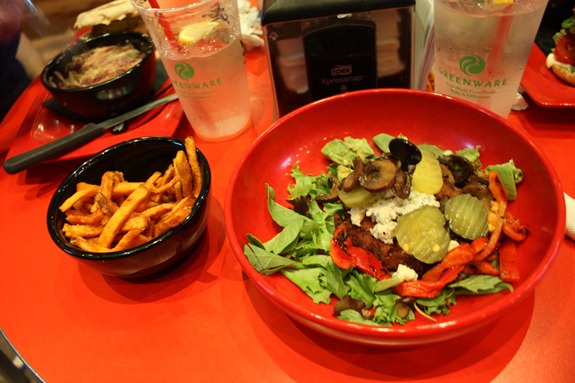 Dare I say this was the first Cville restaurant experience we were disappointed in?! I had extremely high expectations that were not quite met…

I was dying for a bit of gooey brownie upon leaving, but our group seemed to walk past without acknowledging my request. Guess that’s a good thing!

Instead, I had a big bowl of granola with milk when I got home. The carbs were calling.

‘Twas a super fun day, and I THINK I may have escaped without a hangover!