You are here: Home / Lifestyle / Mix It Up

I accomplished all 3 of my goals last night: bath, book, yoga! This morning I decided to do yoga again, but in combo with a sweat session at the gym to mix it up. There I spent 35 on the ET, 10 on the Stat bike and came home to do 20 minutes of Power Vinyasa Flow 3. It was a nice way to end the morning and start the day. I wish we had just and elliptical at home for days when I just want to hop on and off for a bit. Do you guys have home gym equipment? How expensive was it, and has it been nice to have? I would never buy a treadmill since I can run outside year round here, but I’d love a form of ET.

Breakfast was a mix. I couldn’t decide between cereal with soy milk or greek yogurt, so I had both: 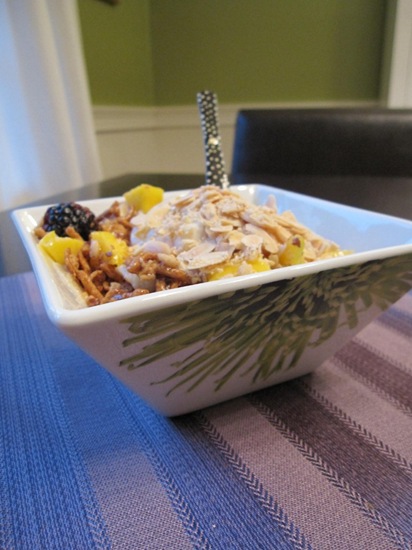 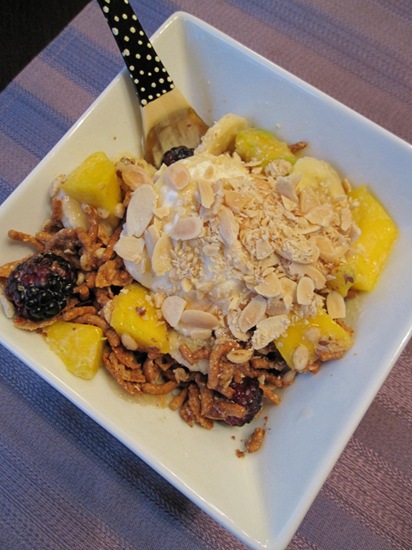 Most of the milk was absorbed, which was kind of disappointing. But still fun to eat. 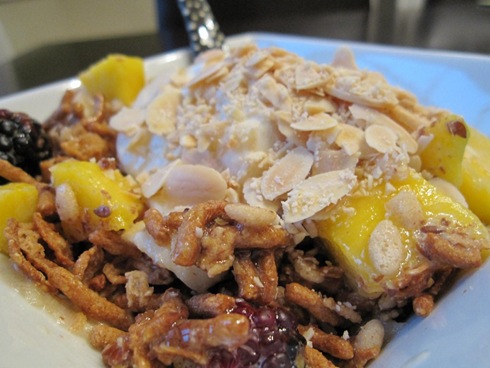 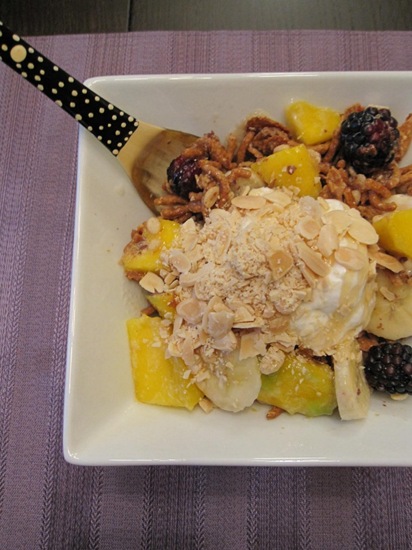 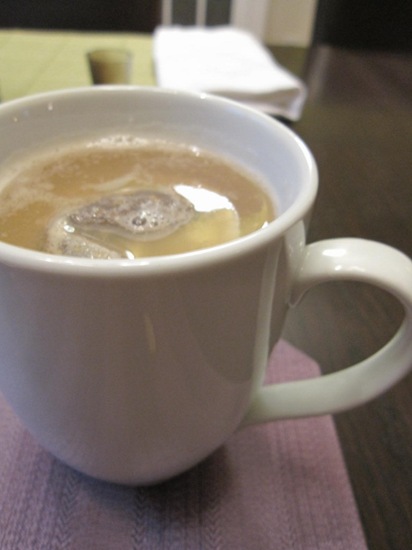 More from the Lipton Institute of Tea. 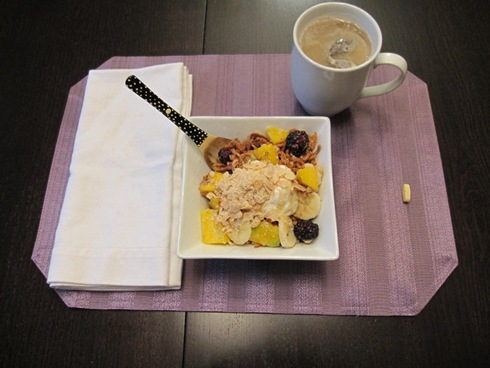 Long day ahead. Peace out!