“Such a wonderful dinner definitely left a good impression of Charlottesville on me! It’s certainly a foodie town. …Overall, we love Charlottesville. I have no doubt it would be perfect for our personalities and lifestyle priorities (and for raising a family!) I’m excited and nervous to see where the next six months take us.”

Nearly two years ago we came to Charlottesville to test it out for size. That weekend, we ate dinner at Zocalo and had an amazing meal. Since moving here last summer, we had yet to go back! 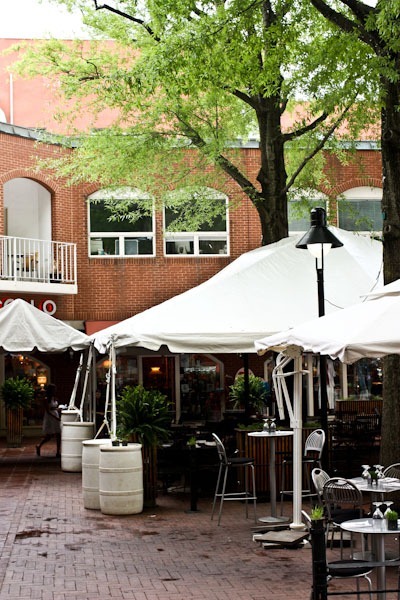 Before our dinner out, we worked in the bakery. Signs were installed! 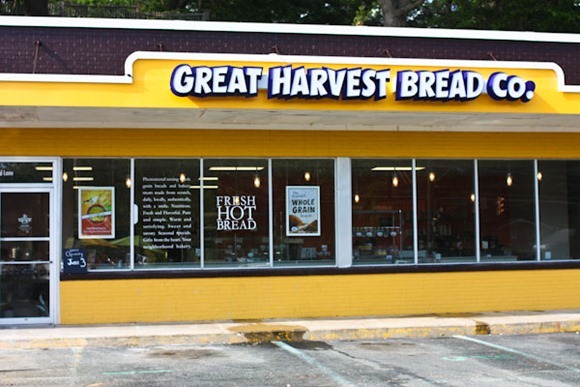 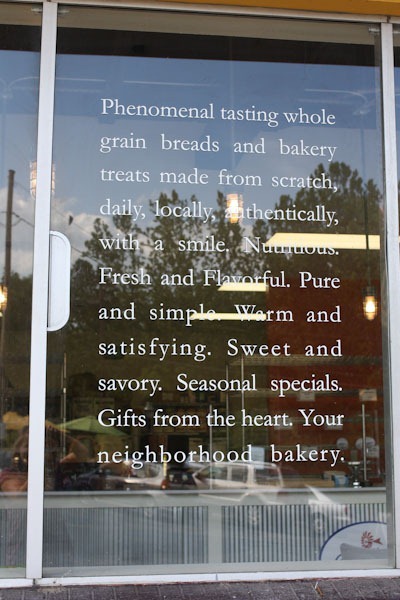 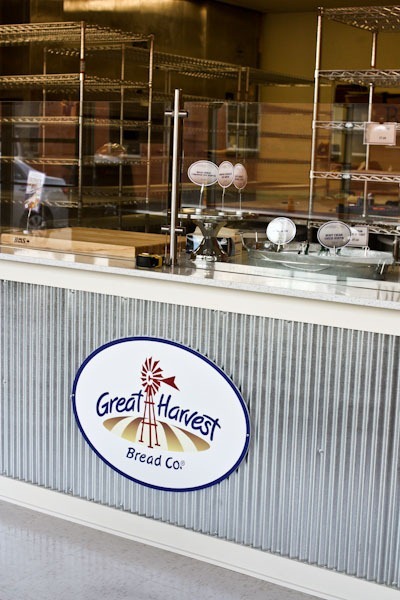 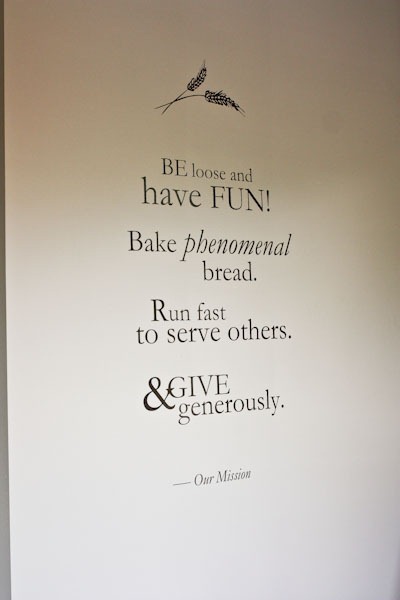 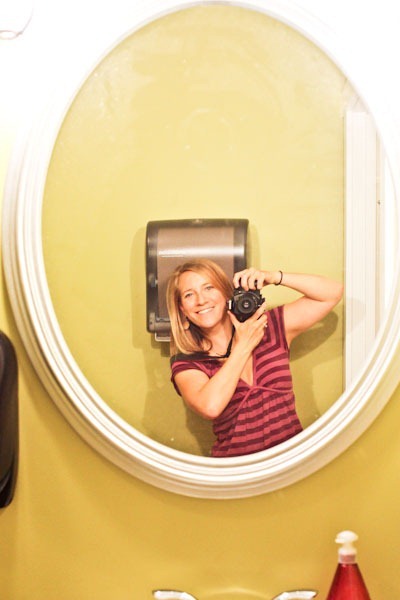 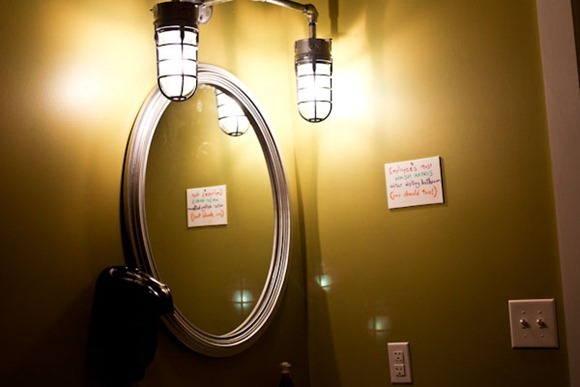 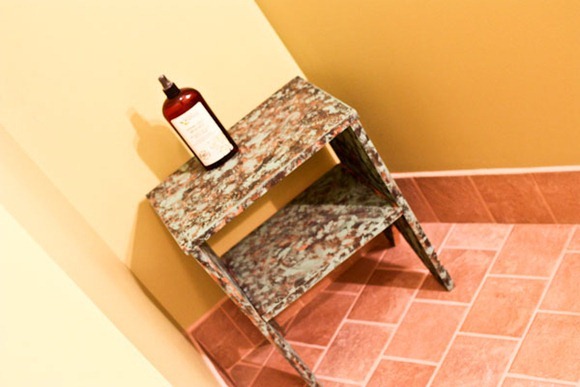 After a few hours working, I biked from the bakery to downtown to greet Karen and her friend Louise, who is visiting from Charlotte! 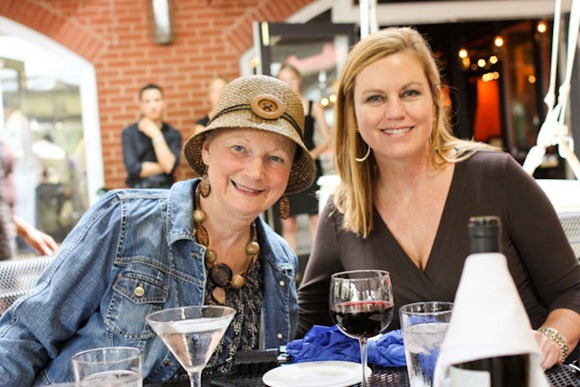 We met at Zocalo, who had a pre-fixe menu since it’s UVA gradation weekend. Karen treated us all to dinner – thanks Karen! 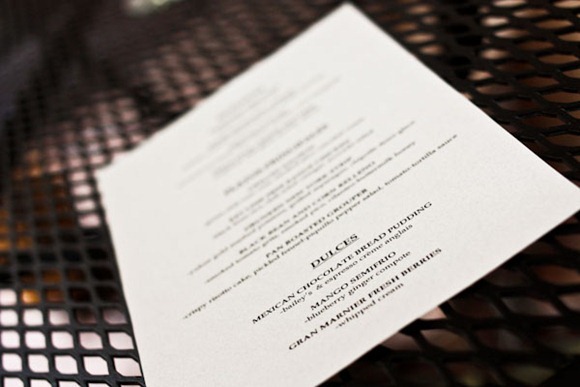 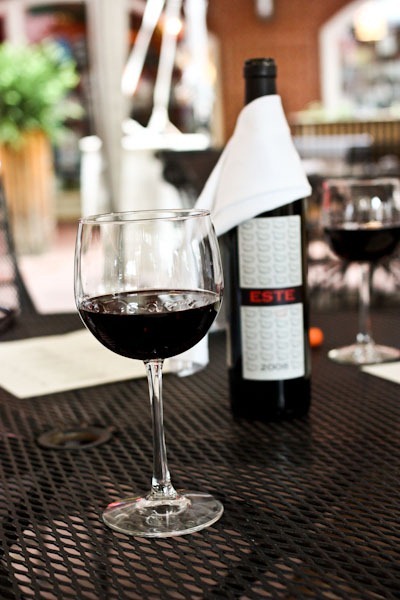 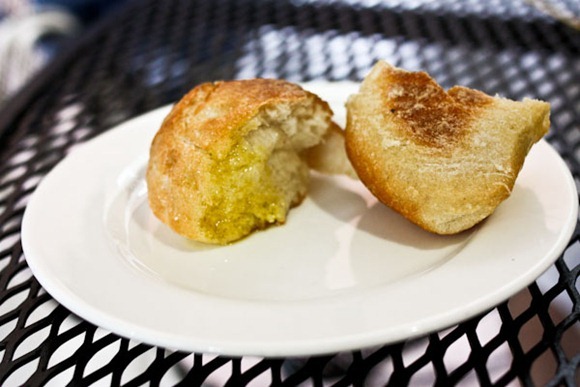 For my first course I had an arugula, beet and bleu cheese salad. It was fantastic! 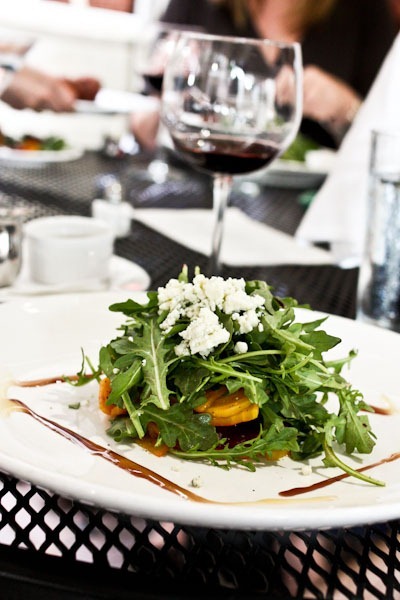 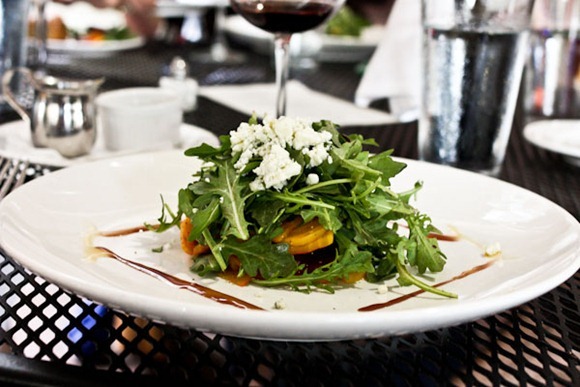 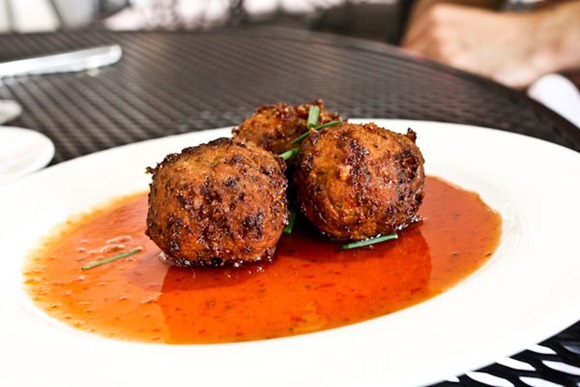 One bottle of wine was gone by the time our entrees came. Another was ordered! I had no vote in this 😉 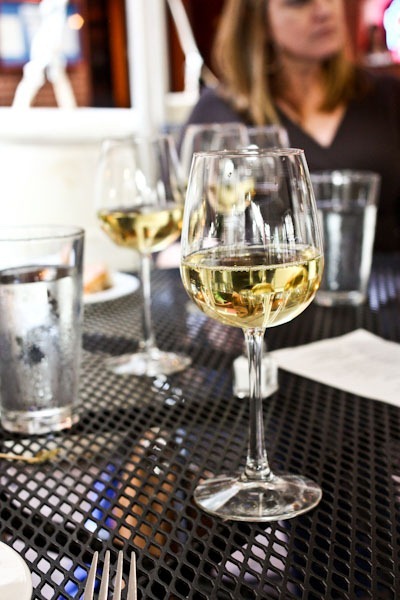 Note the double glasses! It was a very festive night : ) 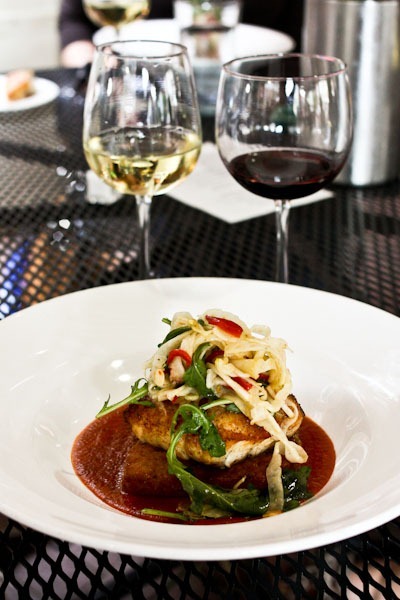 My entrée was seared grouper with fennel and tomato sauce. It was delicious 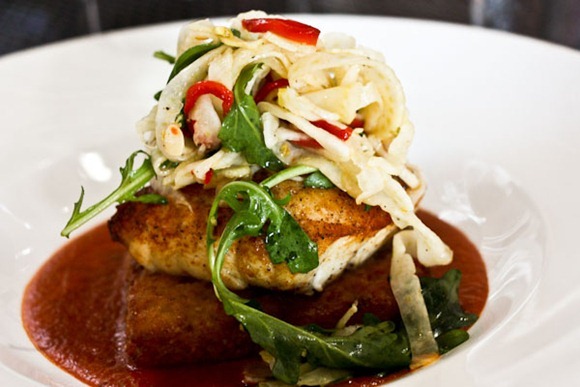 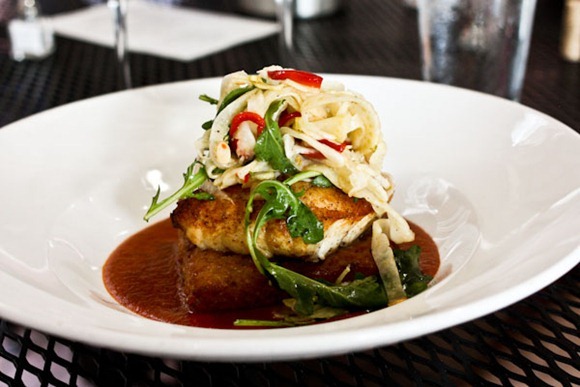 But not as delicious as Matt’s KILLER dish: Black Bean & Corn Relleno Pepper with smoked tomato grits, smoked pico and cilantro-buttermilk honey. One of the best dishes I have ever had!!! I love SMOKED anything! 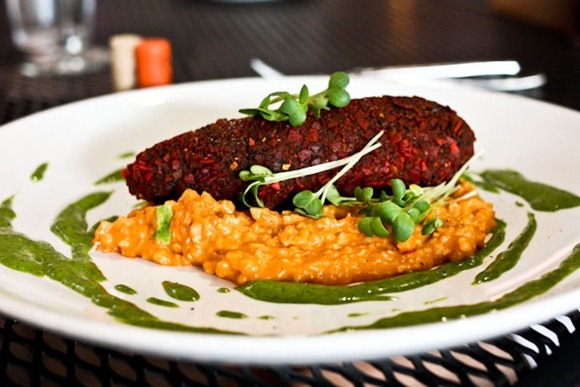 Poor Matt ended up finishing off the table’s entrees! We were all saving room for dessert. 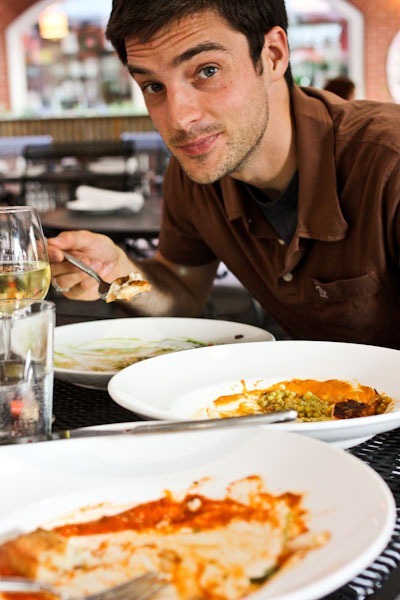 Off the dessert menu, Karen + Louise got the Mexican Chocolate Bread Pudding.

I went with the berries with grand Marnier and whipped cream, although I swear they left the Marnier off the dish! I didn’t taste a hint of alcohol. 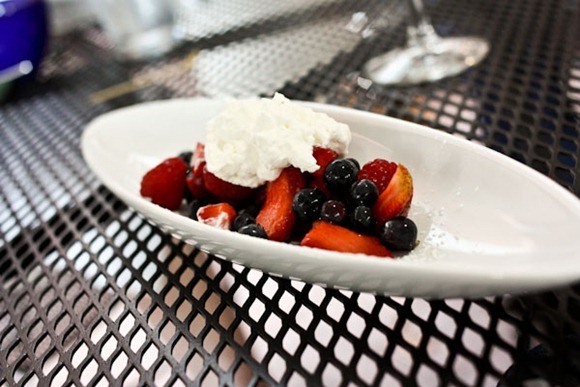 After our early dinner we walked down the mall to Fridays After Five. The mall was PACKED!!! This made me realize how much we used to hang out downtown and how much we really need to spend more time here. 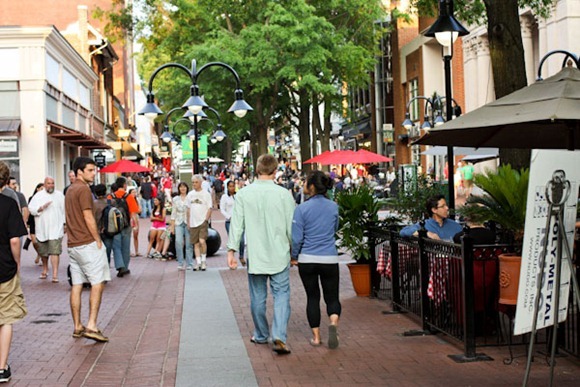 We ended up at the Pavilion and ran into Faith, Tate, Bob, Oliver and Laurel! <3 small towns!! 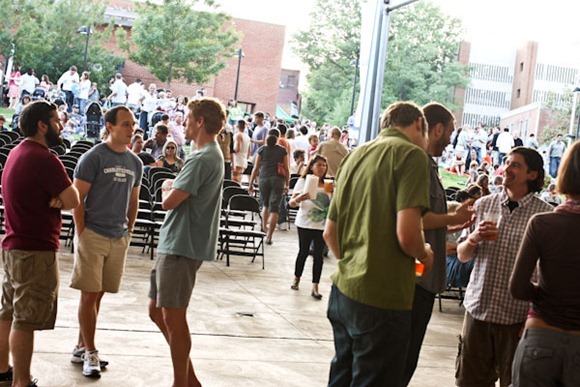 And <3 live music!!! We stayed until the band ended and at that point I could have gone for another dinner!! 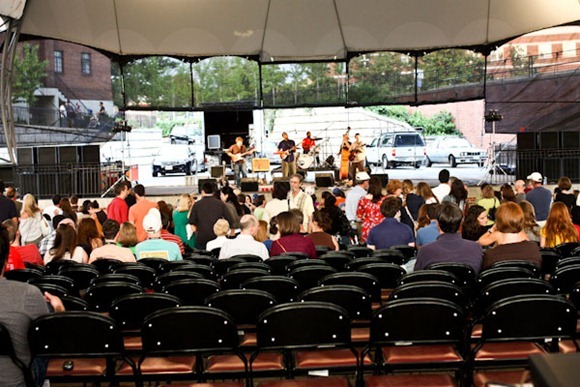 Instead we biked on home and will pick up where we left off tomorrow : )