The bakery is busy busy busy, so Matt was gone before sunrise this morning. That meant I spent the whole day just my little man and me!

Starting with breakfast. Baby in his seat, mom at the stove making oats! 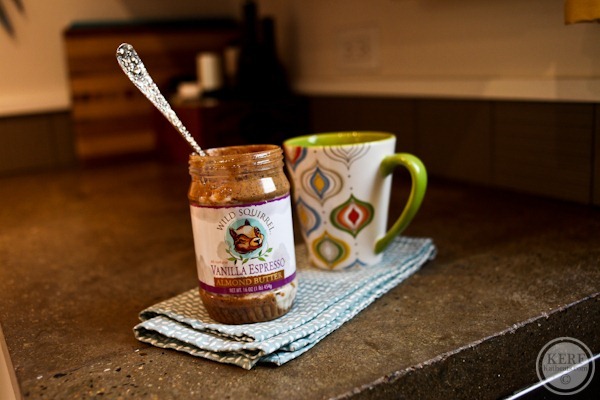 Whipped banana oatmeal in a Wild Squirrel Jar! I reallyyyy enjoyed this vanilla espresso the gals sent me when M was born. The coffeeness was just the right amount – not too bitter – and the vanilla was strong. 1/2 cup portion of oats topped with spiced pecans! 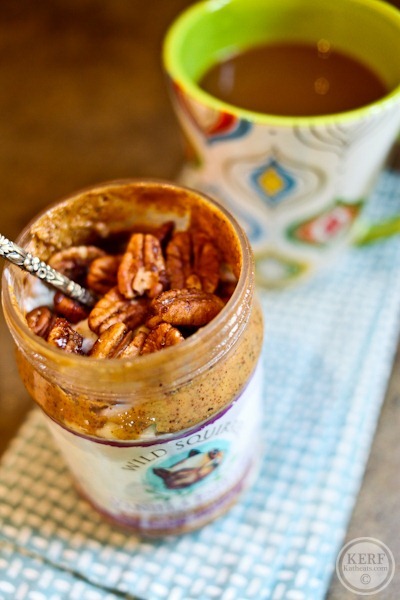 Our workout of the day was a baby boot camp stroller class at the gym!! The class was great. I would never have thought to have a stroller class indoors, but it totally worked. Think of the strollers as seats for the babies rather than moving vehicles.

The class was filled with about 10 moms and babies (Maze was the youngest) up to little kiddos. We moms did cardio, weights, stations, and intervals all around the parked strollers. And a few silly games too! The boot camp is actually 5 days a week, but this is the only day it’s at my gym (=free). I will be back! Maze slept most of the time, but he woke up near the end for some smiles during our “tickle and run” drill : ) 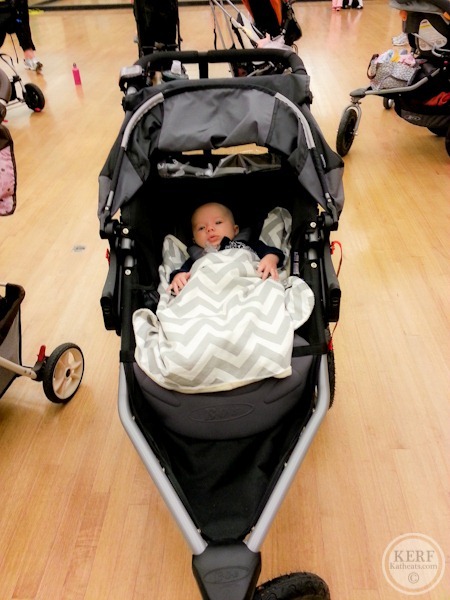 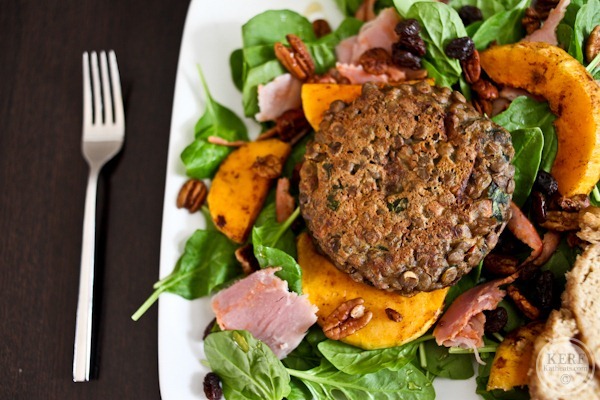 I walked to and from the gym too, so that was 2 more miles of exercise. We had to speed walk back as we approached nursing time. Luckily we made it with a few minutes to spare. After that, and a shower, I made this quick autumn salad for lunch.

No Bull Burger atop of spinach, spiced pecans, raisins, butternut squash and some Applegate Farms ham that Karen gave us because she didn’t want it. 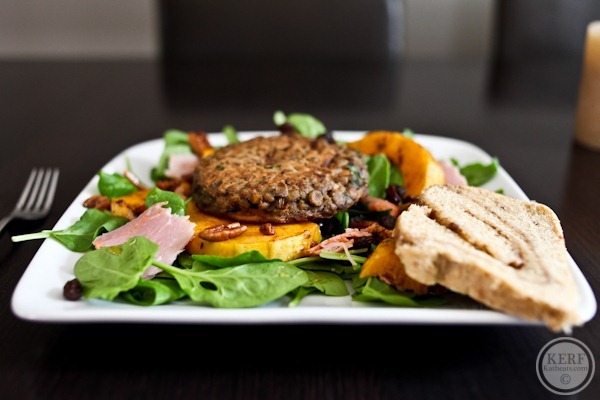 Cinnamon Swirl on the side for dessert! 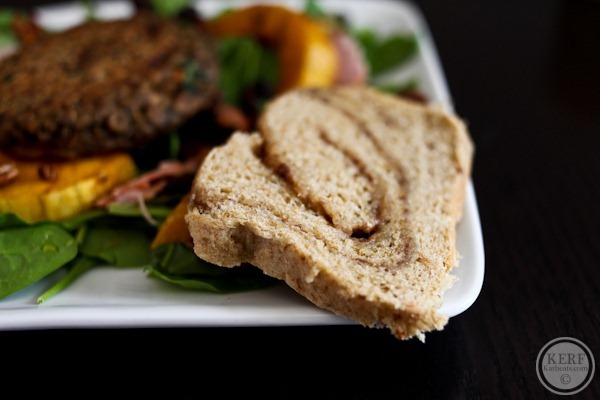 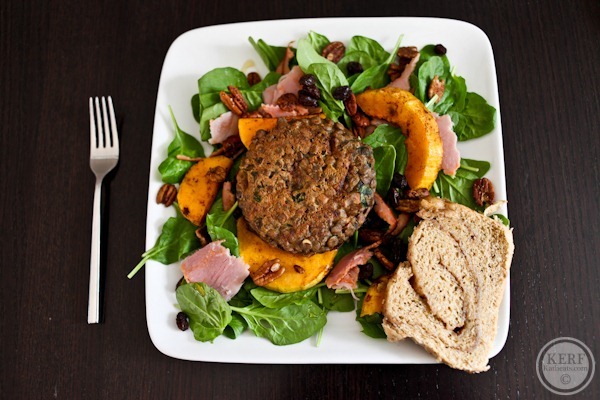 This afternoon we went out to run some errands. I planned to be out during a feeding, and I was SO impressed by the accommodations our new back seat has for nursing on the go: an arm rest for holding baby up, a water bottle holder and plenty of leg room. 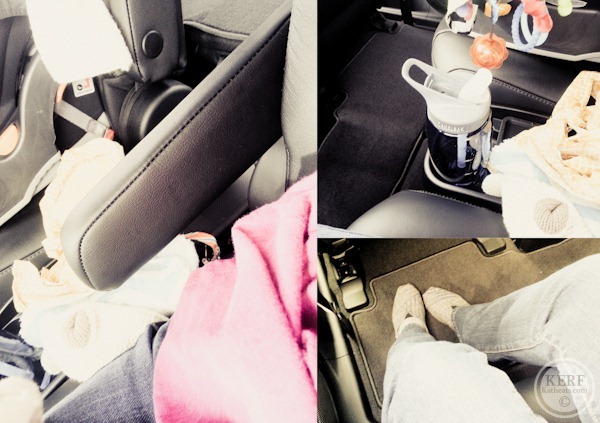 Also it was nice to be up higher with slightly tinted windows so your average gentleman parking beside us couldn’t see right in. I didn’t even use a cover. 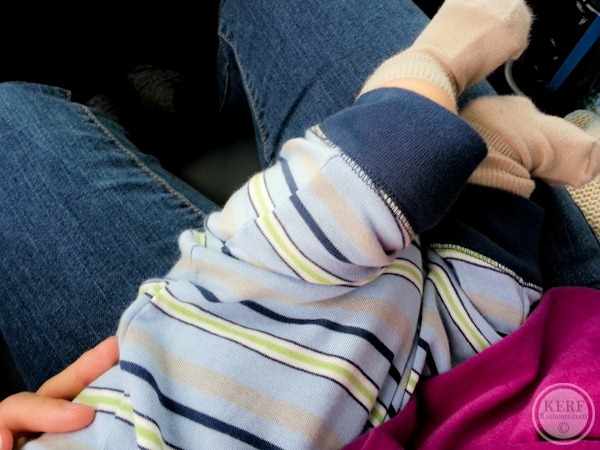 One of our stops was back to Trader Joe’s for a few things. Cookie butter + pinot noir samples – don’t mind if I do! 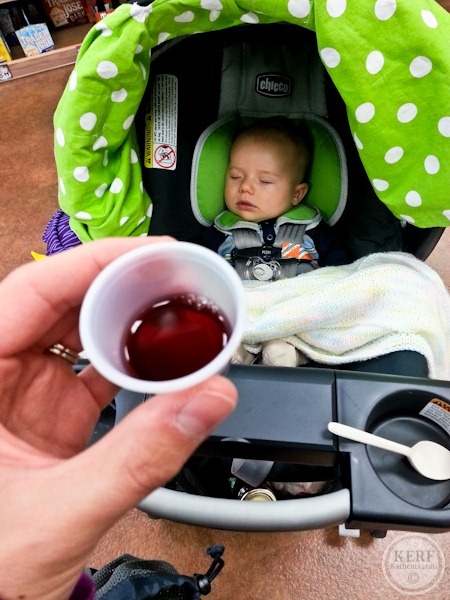 Funny Karen and I picked up and put back this box yesterday twice. But today I just had to have these chocolate covered stars. I think it was the sprinkles! They are good, but I might give the box away to a bakery friend. I really don’t need an entire box of cookies in my house right now! 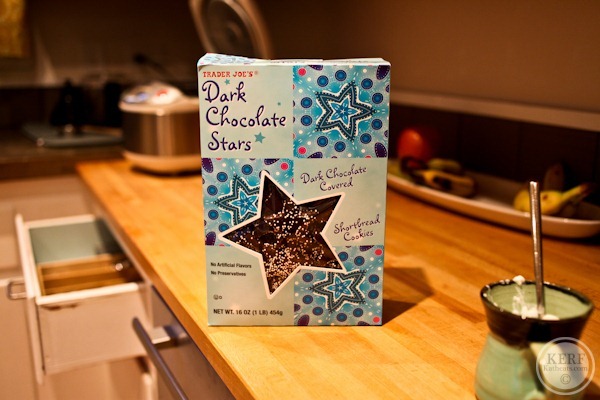 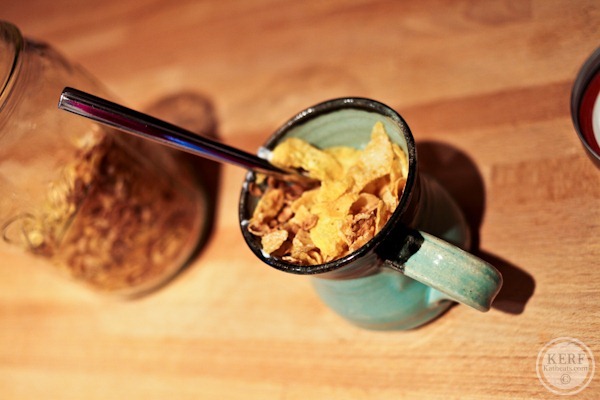 This evening Maze and I had a candlelit dinner together. 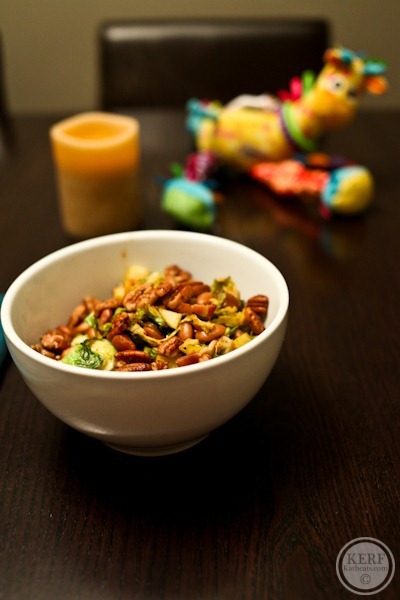 I let him chill while I did all the cooking. He said he would cook for me tomorrow. 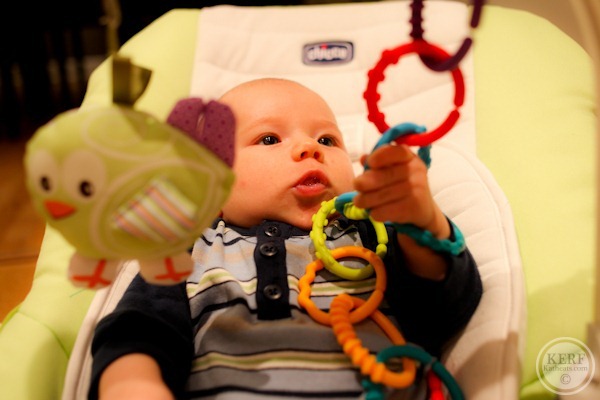 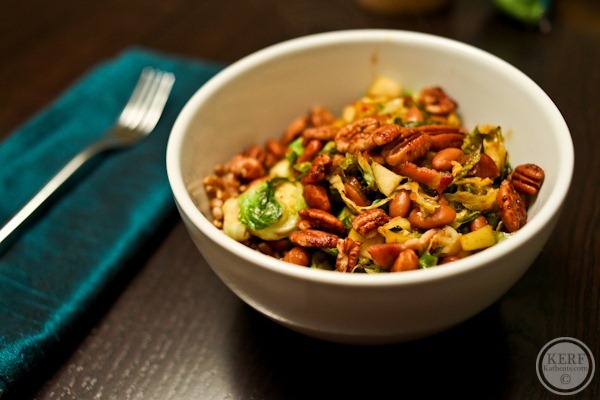 This dish just came together minute by minute. I didn’t know where it was gone until I added another ingredient! I started with 3 slices of bacon and when they were crispy, added a package of Trader Joe’s shredded Brussels sprouts (so convenient that they were already shaved!) When they were tender, I added a drained can of pintos, a chopped apple and about 1/4 cup Bone Suckin’ BBQ sauce. 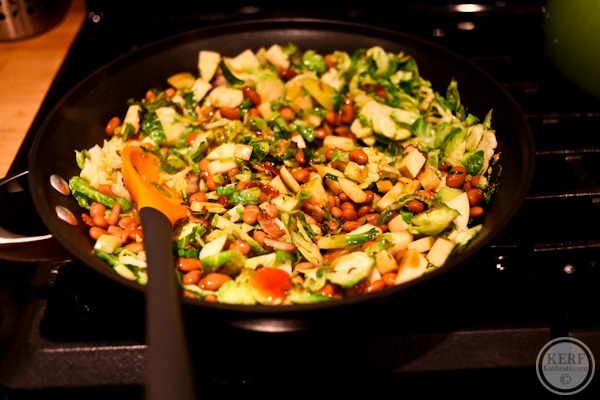 Served atop some cooked wheatberries I did in the rice cooker and some spiced pecans!! 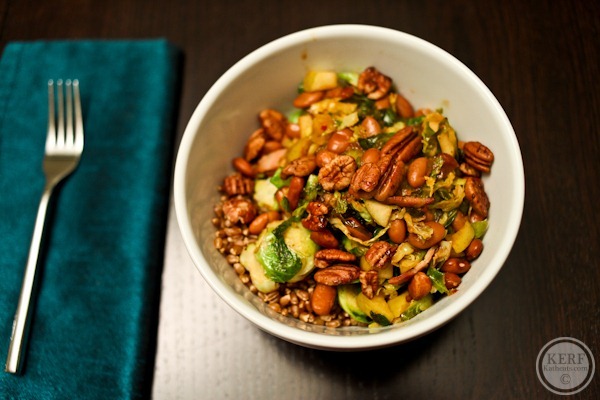 After dinner, we slow danced together. 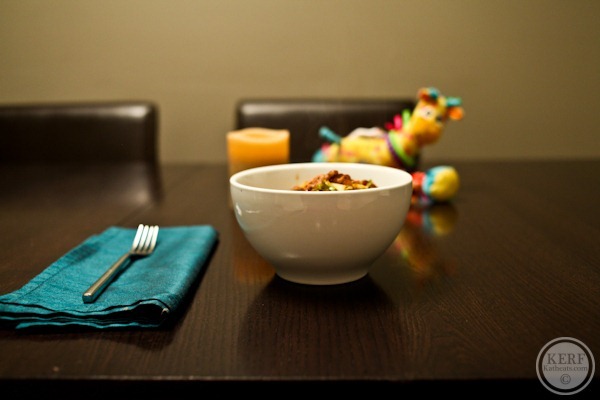 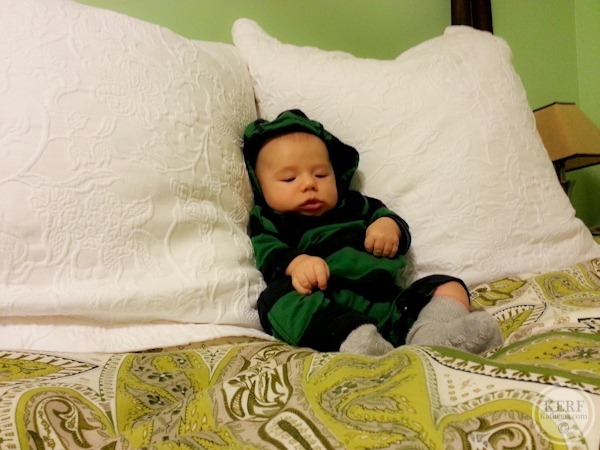