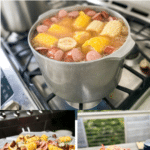 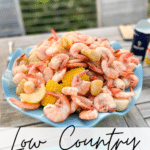 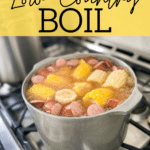 The Low Country Boil is our signature beach vacation recipe! With summery ingredients like corn on the cob and red potatoes plus lots of coastal shrimp and spicy sausage, it’s super easy to make for a crowd. 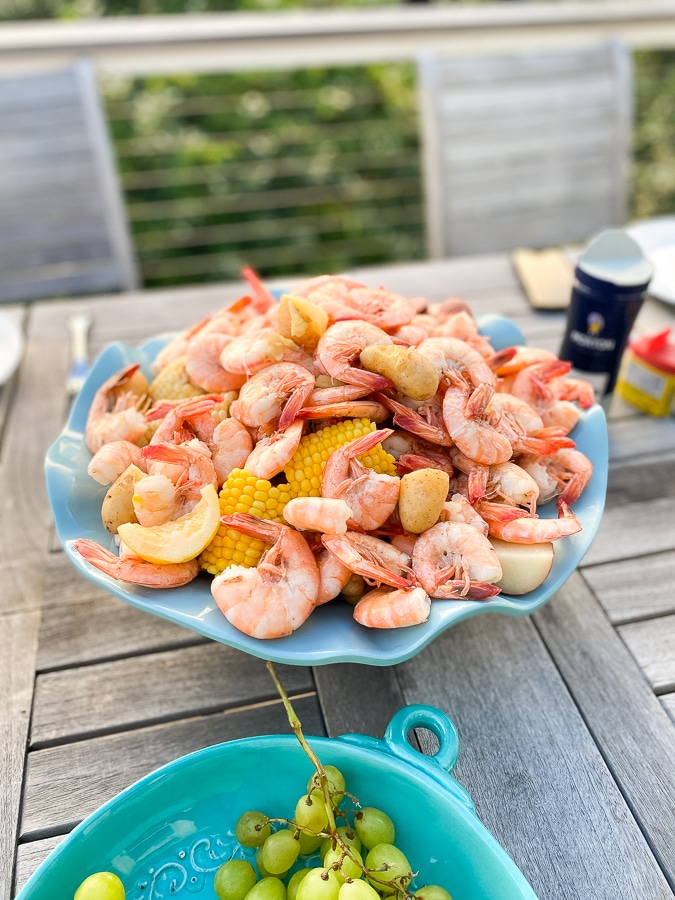 Nothing says beach vacation more than a low country boil. This is our signature beach trip recipe, and the one I’m always in charge of.

I first enjoyed a Low Country Boil when I was in college and dining with some of my South Carolina friends. I’ve been making it ever since!

The hardest part of this recipe is boiling the water – seriously!!! The huge pot of water will take ages to come to a rolling boil, so get it going far sooner than you think you need to. I’m talking 4pm!

Once the water is boiling, the recipe comes together in just about 20 minutes. It’s the ideal one-pot dinner!! This version serves 6-8 people, but you can halve or double as needed. 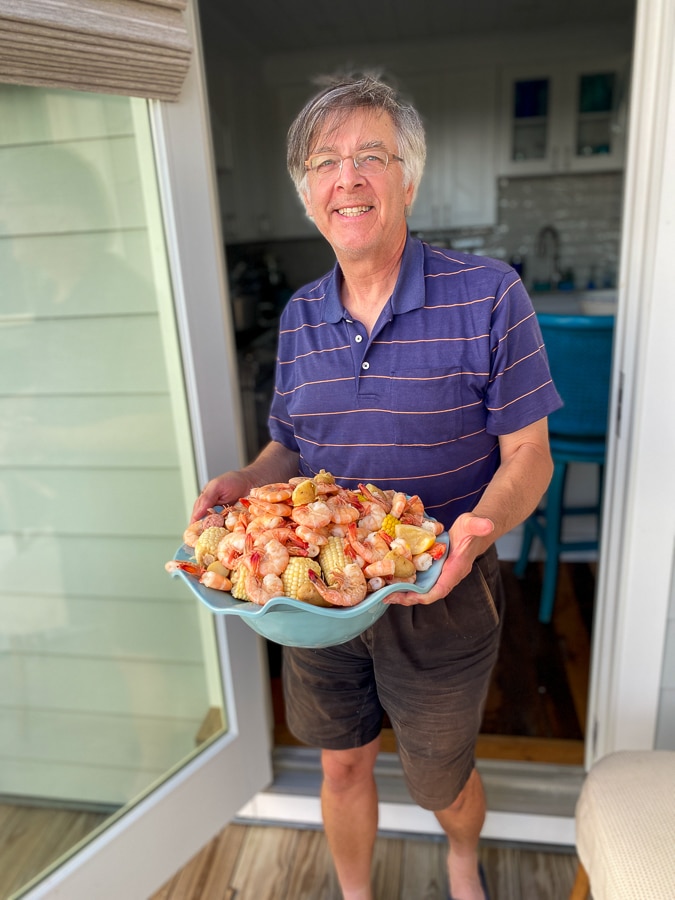 We usually make this at the coast and get fresh shrimp. When we have made it in Charlottesville we ordered wild caught shrimp by the pound from a seafood shop (it was likely previously frozen and thawed). I have not tried adding frozen shrimp right to the pot, but if you try it, let me know!

Corn on the cob – halved

This is what makes this recipe a summer staple, but you can probably use frozen corn on the cob if it’s not in season quite yet.

Halve or quarter them based on how big yours are. The smaller they are the faster they will cook, but if they’re too small they might crumble, so aim for golfball size or bigger.

Kielbasa or other sausage

We like it spicy, but you can get mild if kids are joining you.

A couple of lemons

Cut these in half so the juices come out.

Old Bay and/or a Zatarains Crab Boil bag for seasoning

Using a crab and shrimp boil bag like this makes the seasoning easy, but they can be hard to find in stores so you can just use a lot of Old Bay! The sausage will add more flavor, and really the shrimp, corn, and potatoes taste so fresh in the summer you don’t need much seasoning! 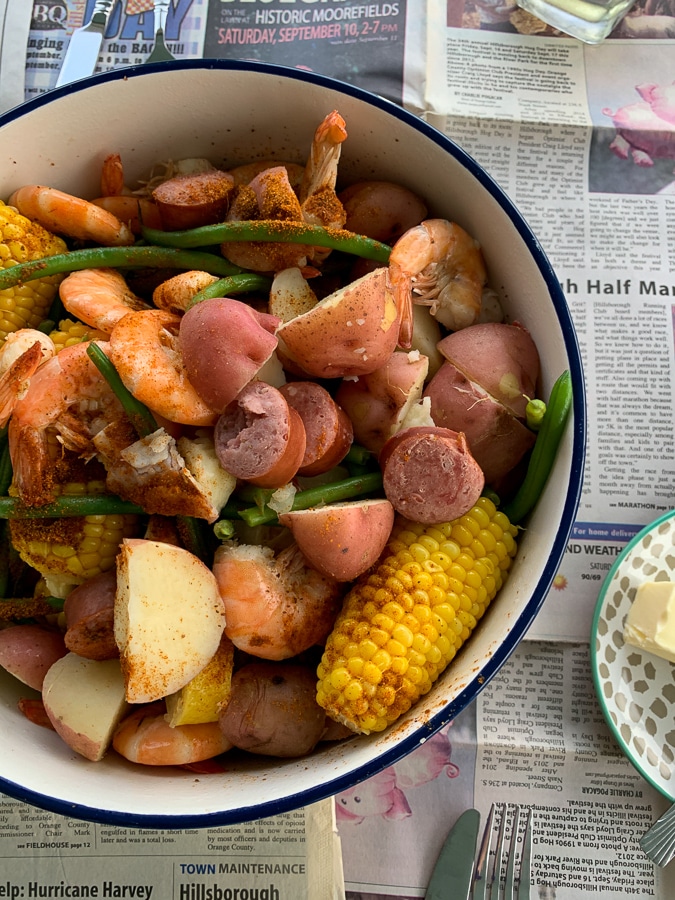 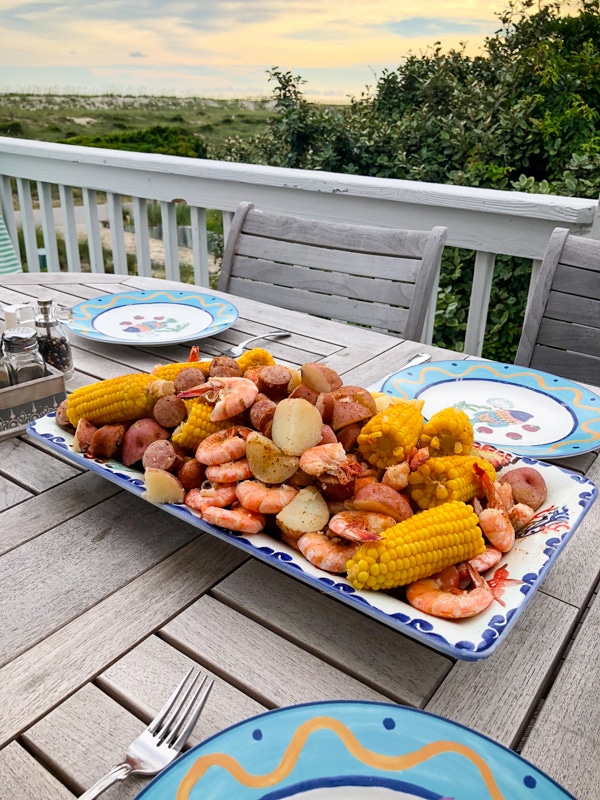 The biggest pot you can find, or two smaller pots

One of those pots that has a built-in colander is great, but sometimes your beach house won’t have one. Just work with what you have. Many times we have had to have two smaller pots going at the same time and that’s fine. Just make sure to split the ingredients so that each pot gets its share of flavor.

The bigger the better! If you only have a smaller one or a strainer, you’ll just have to work in batches to drain everything.

Big bowls or serving platters (or just pour it onto newspaper if you like!)

We have found that a big platter is nice for the fresh food and then all the shells and mess goes onto the newspaper. But it’s up to you how “classic” you want to get!

A bowl for shells

Newspaper for the table 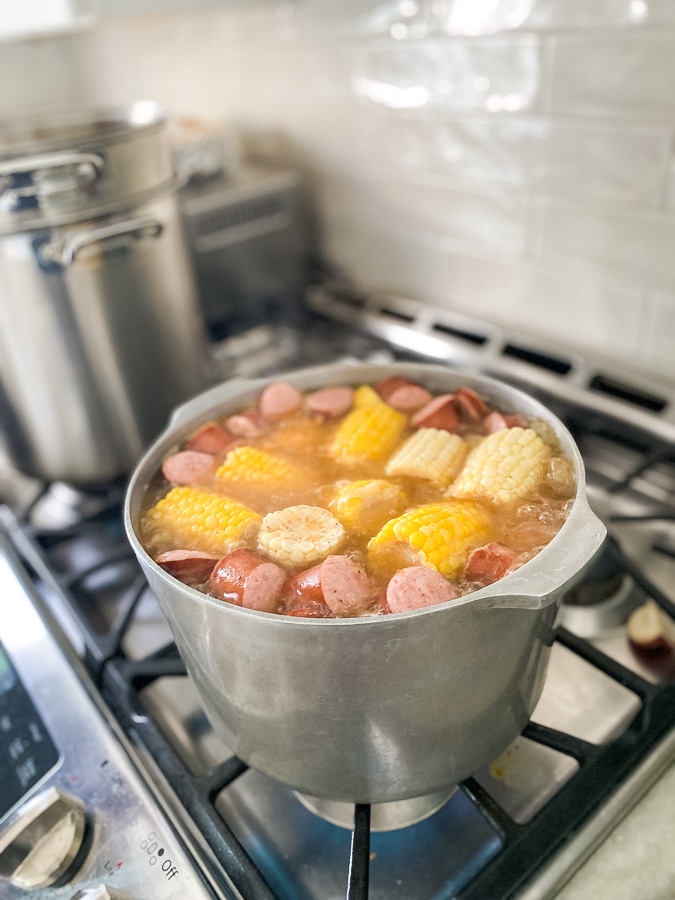 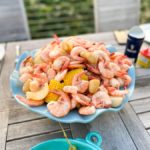 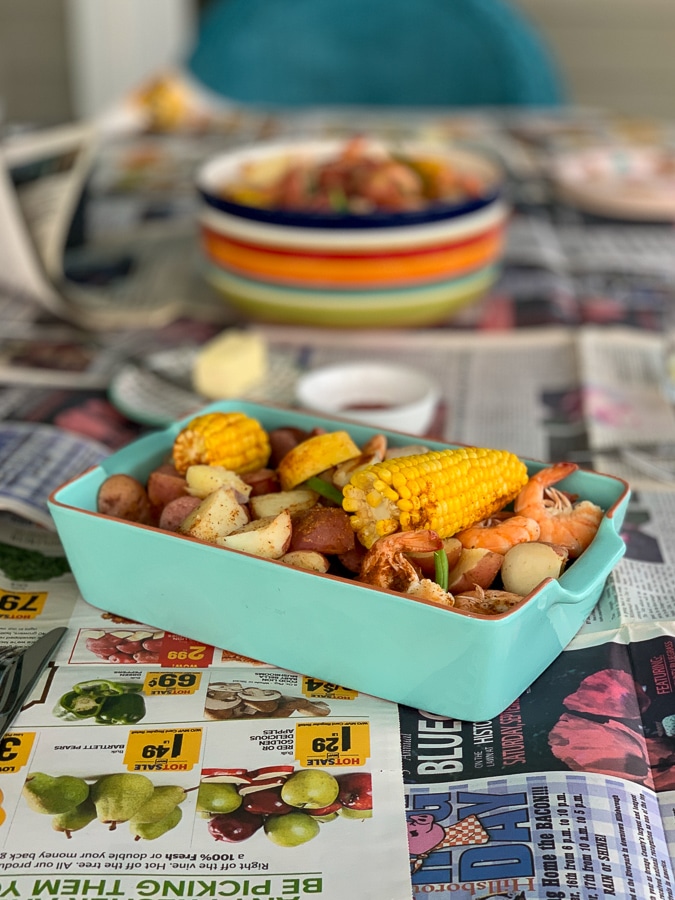 Low Country Boil For A Crowd!

Matt and I were known for the low country boil party, which we did several years in a row. If you want to 10x the recipe, you can make it in a big beer brewing pot (one that drains from the bottom because there’s no way you can lift that pot of boiling water to drain!) People loved the excitement of the shrimp dumping out on the table. 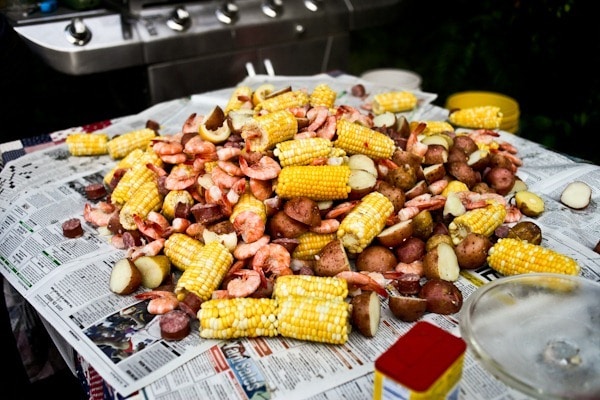 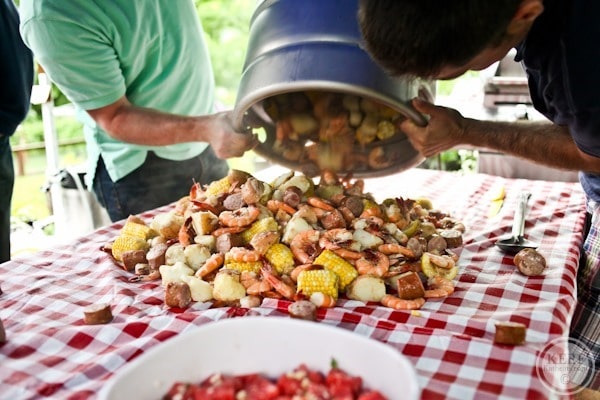 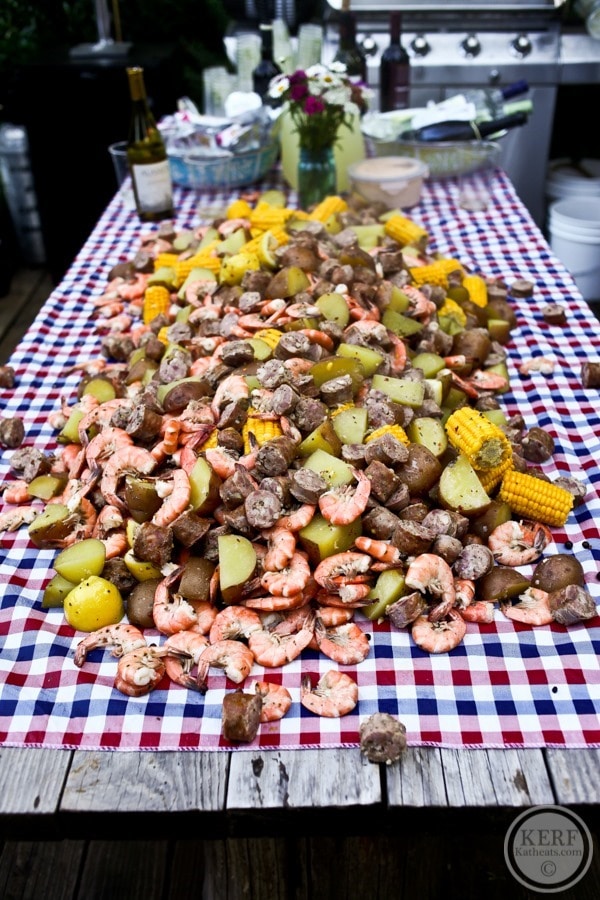