You are here: Home / Lifestyle / Loosen Your Belt! 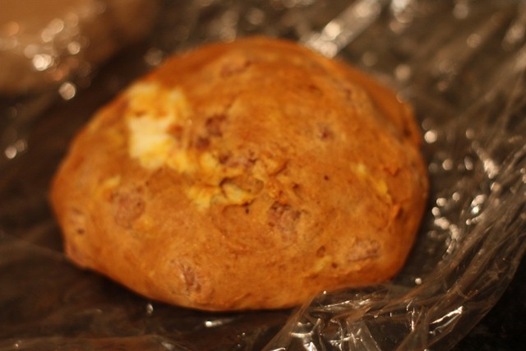 Last night I made a date with this Great Harvest Pumpkin Cream Cheese scuffin that Matt [finally!] brought home for me. 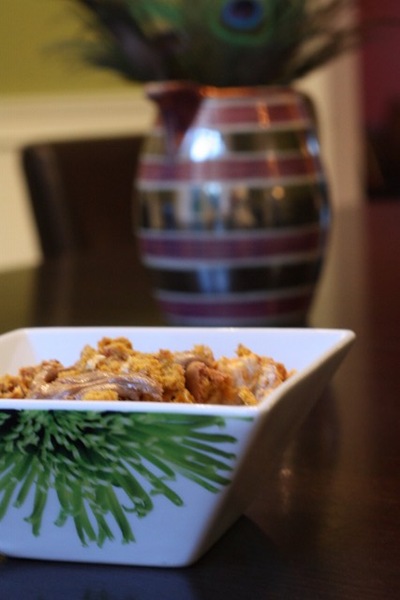 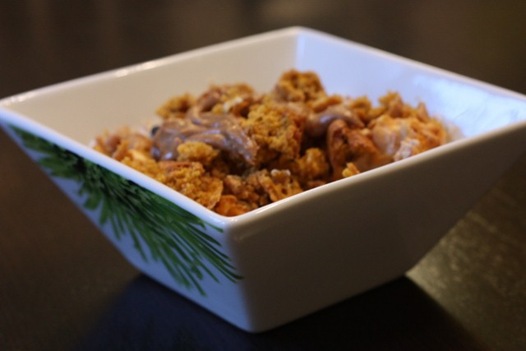 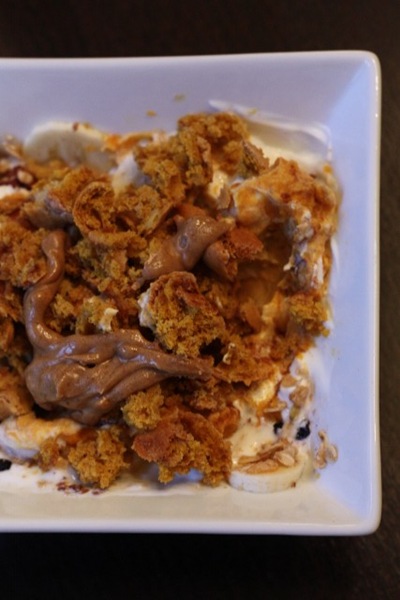 Yogurt is so filling! I had to loosen the belt…..on my bathrobe! 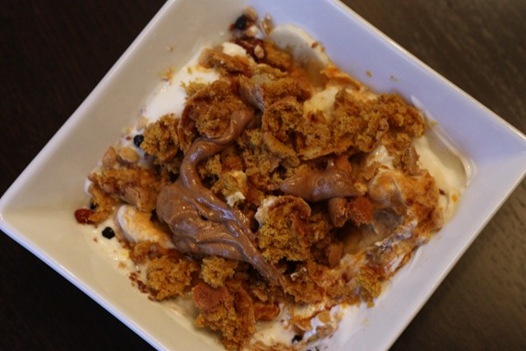 For my warm beverage of the day, I tried the second sample pack from San Marco Coffee 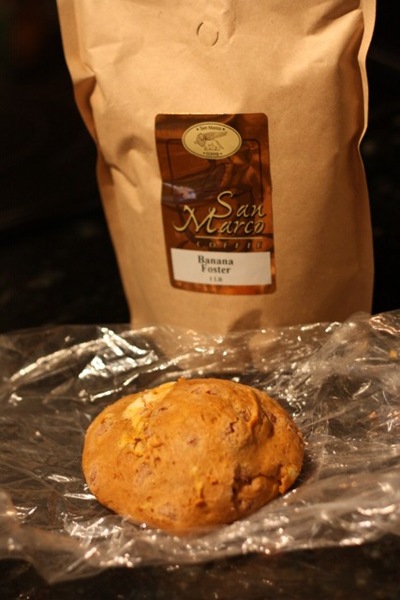 I really wish I could say this was awesome, but it kind of made my stomach turn. I’m not a big fan of banana flavoring and wasn’t really thinking about that when I ordered the flavor. And I also found it to be really light – almost like tea. I’ll be sticking with the Grog from here on out. 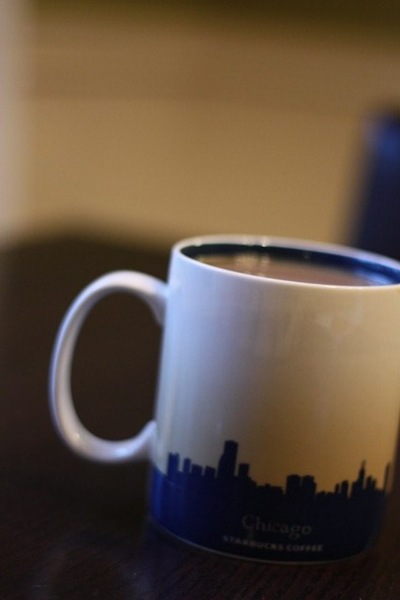 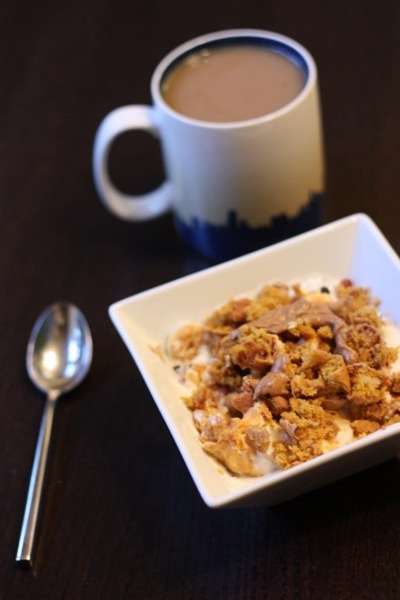 The GoodBite + Quaker’s Awaken Your Senses contest second round ends on Friday. Just between us, the KERF "Bridal Sweet" video has 2,000 views – compared to about 300 on the others. I think we have a chance! Normally I wouldn’t pressure for votes, but since this is for $10,000 for hungry children, I think it’s worth a little begging

Click this image and vote with the green thumb! 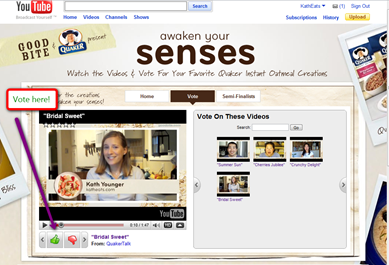 I’ve got some stuff to do, including yoga and a run, and we have a real estate agent coming over at 1PM to give us some advice on the timing of putting our house on the market.

Currently sipping a new cup of coffee, which isn’t good either. I think I’ve lost my taste or something!