It’s been a while since I’ve shared some regular meals with you guys! But don’t worry – I’ve been eatin’! 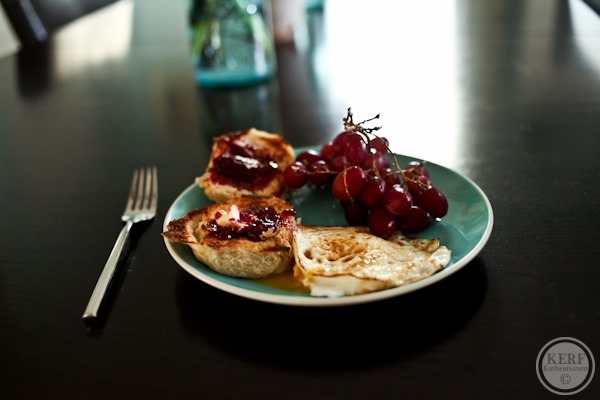 Mazen wanted to steal this buttery jam roll right off my plate! I gave him a few bites instead. Served with a fried egg and lots of grapes. 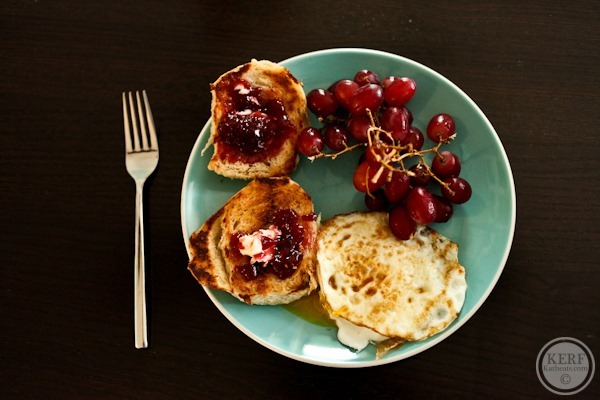 Oatmeal made a comeback mixed with some oat bran and Cville Clusters with sunbutter on top. 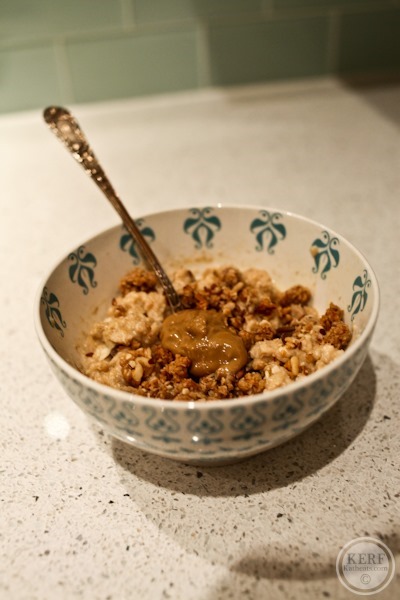 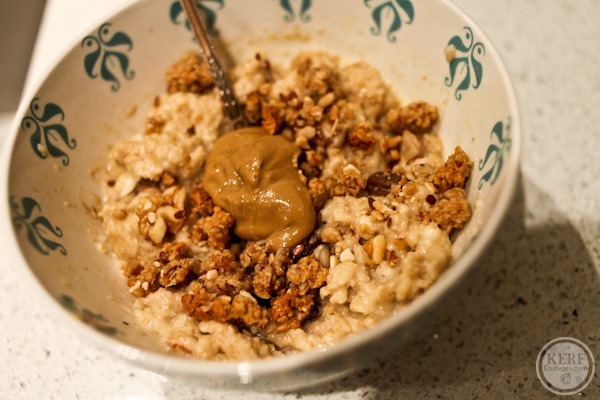 But lately the egg sandwich with SB&J has been my favorite breakfast. Served with a side of fruit – pear + clementine. 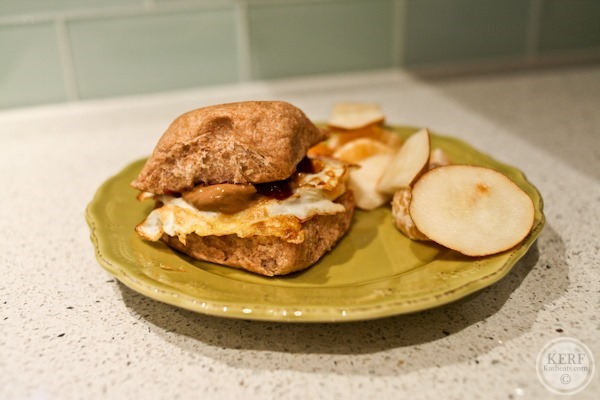 Whenever I do make oatmeal I make a double batch for two reasons 1) extra creaminess and 2) a cook-free tomorrow. It’s never quite as good the next day as fresh, but it’s darn easy to heat up in the microwave. Topped with Naturally Nutty Chocolate Peanut Butter and more of those delicious clusters from the bakery. 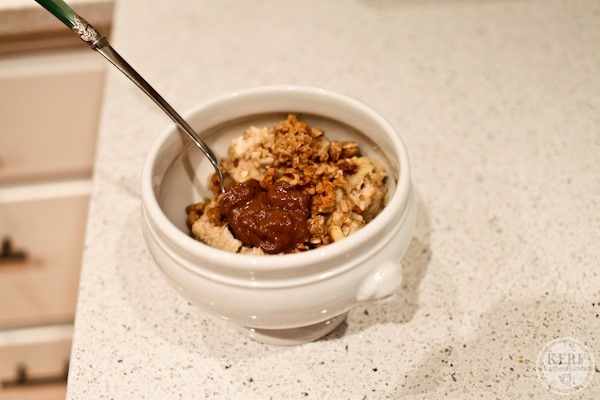 Smoothie day! It’s rare this time of year because it’s so chilly outside, but sometimes a fluffy smoothie is on the mind. Speaking of chilly, when was the last time I had overnight oats!? 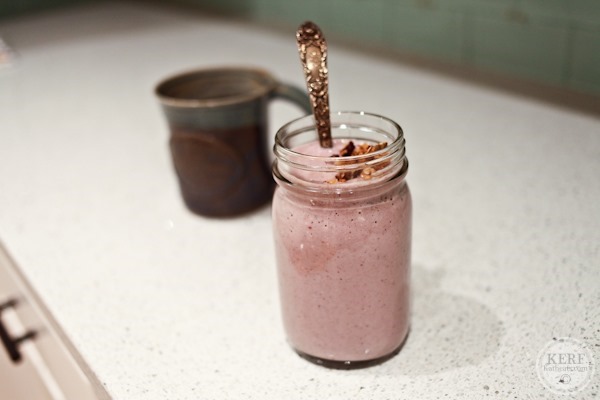 This smoothie had strawberries, banana, milk, yogurt and granola on top. 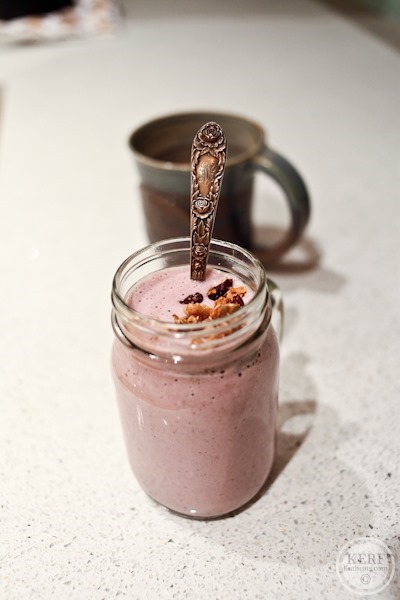 First we have a light lunch before Thanksgiving dinner! Grapes, cheese, greens, leftover caesar salad and a flank steak piece 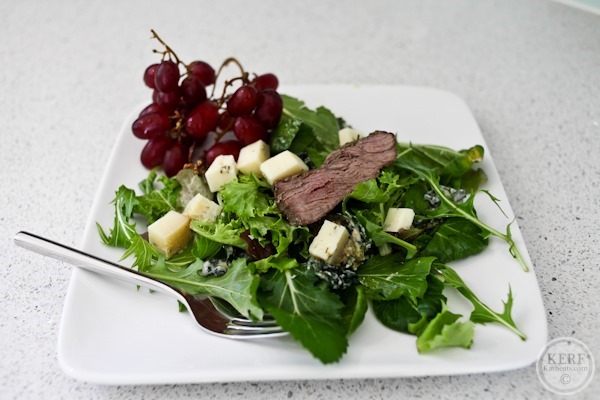 Another day I had leftover sweet potatoes and No Bull Burger over greens with cheese and sourdough bread. Looks like someone hungry took a bite out of it! 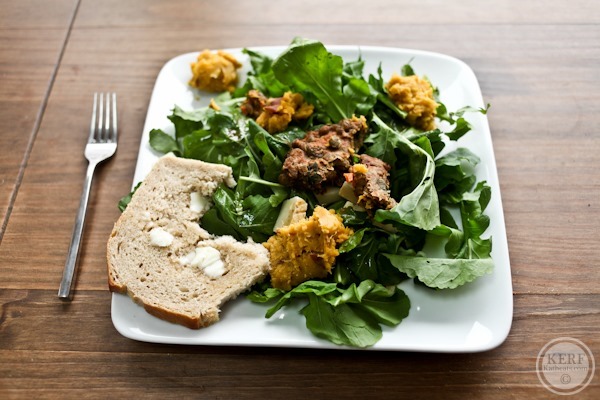 I’m really into soup for lunch! This was leftover spinach and broccoli soup my friend Sarah made. 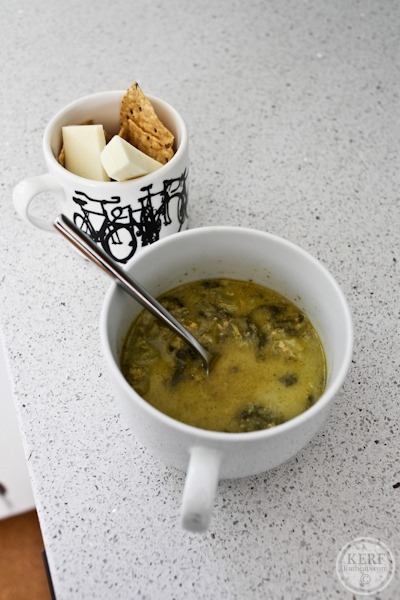 Served with chips and some cheese on the side 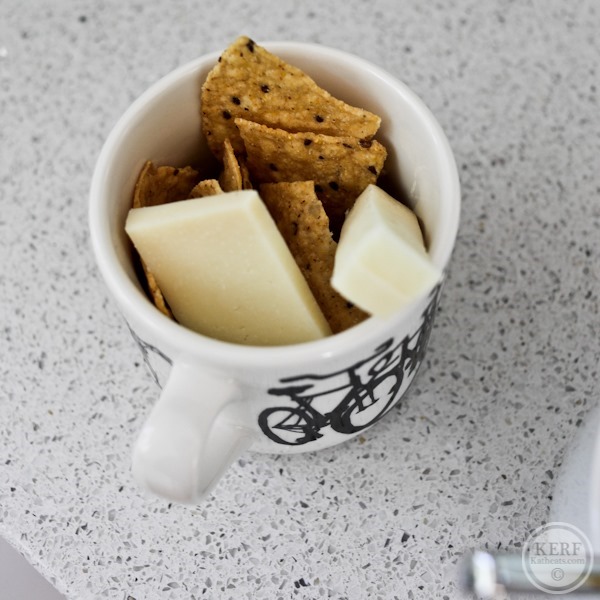 It’s rare that I don’t have eggs for breakfast these days, so they aren’t as much of a lunch staple as they used to be. {I don’t think there’s anything wrong with having eggs twice in a day, but I do try to keep the diversity going!} But on this particular day (probably an oatmeal morning) I had an egg over salad with pears, cheese and a roll and it brought back many happy memories. 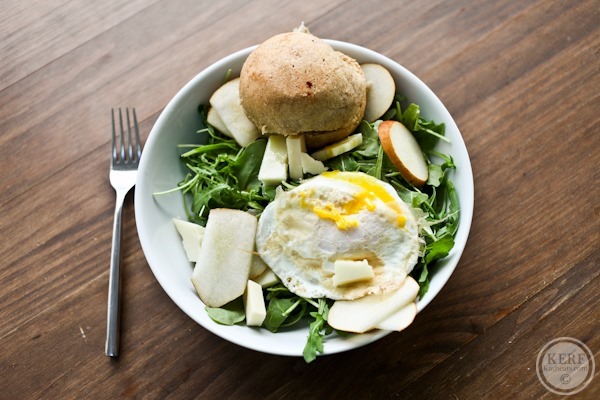 Another favorite lunch staple: smoked trout! Mazen can wolf down a whole can of it in 5 minutes. He loves it more than I do! Served with cooked squash, cinnamon chip roll, cheese and grapes over greens. An interesting combo to say the least. 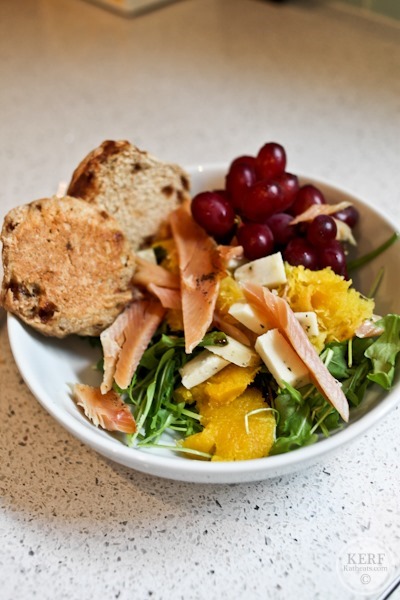 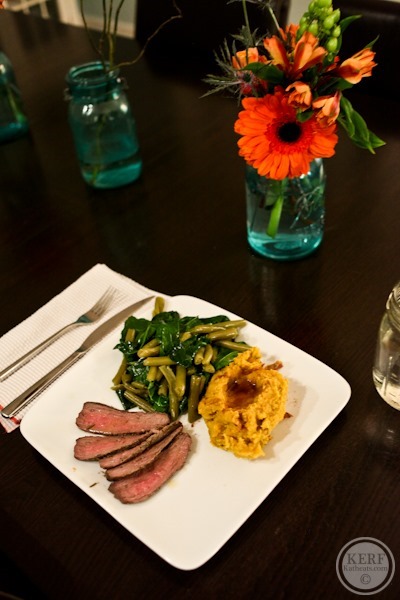 Matt and I go back and forth between fancier dinners and super easy + casual ones. This one erred on the side of fancy! We seared a flank steak from the Organic Butcher (it was pre-herbed with rosemary) and had that with some whipped sweet potatoes drizzled in maple and a mix of sautéed greens and canned green beans. Only thing missing was a glass of wine! 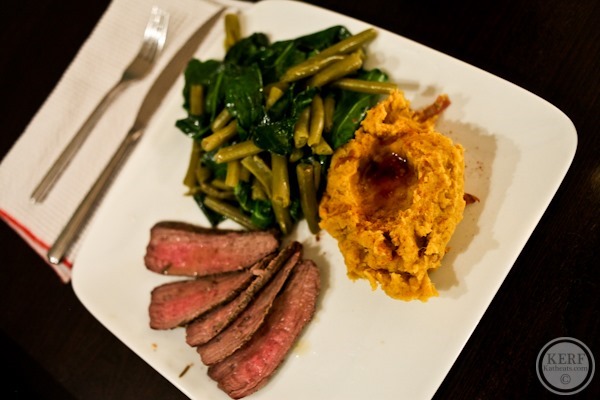 Karen came over one night and brought these ingredients for us to cook: torcetti pasta and a white truffle and porcini mushroom sauce {yes, it was expensive!} 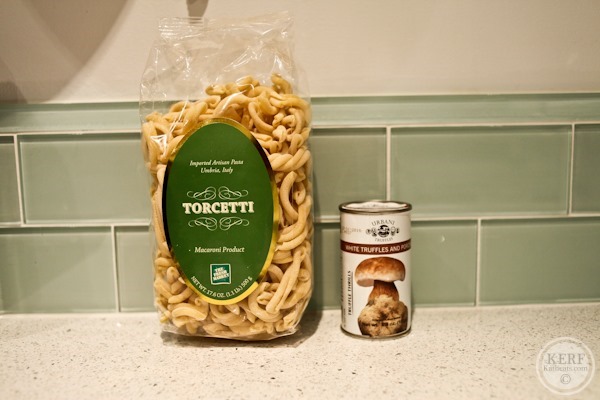 We all decided the finished dish was good, but not great. I made a kale caesar salad on the side that was a nice change – I’ll have to do a formal recipe soon. 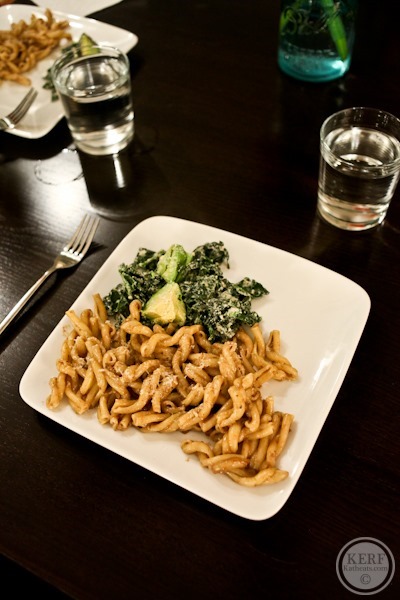 On the casual end of the spectrum, we made angel hair pasta cooked with shrimp, kale, goat cheese and parmesan in a pesto sauce from our stash in the freezer. Dinner was on the table in 15 minutes! 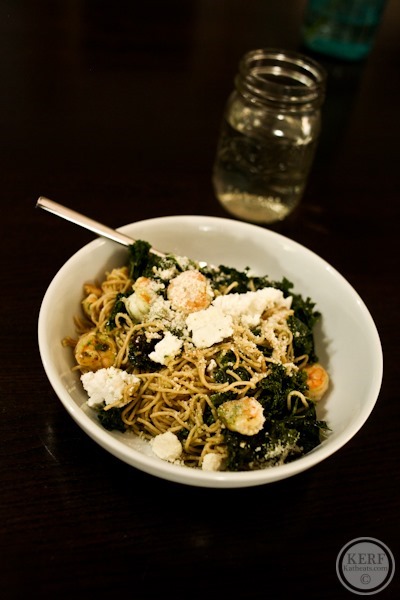 And on this night we had a mix of cooked wheatberries, peas, fancy hard goat cheese and sautéed shitake mushrooms in a homemade sauce (one of Matt’s beer-flavored concoctions!). An interesting but really flavorful mix. 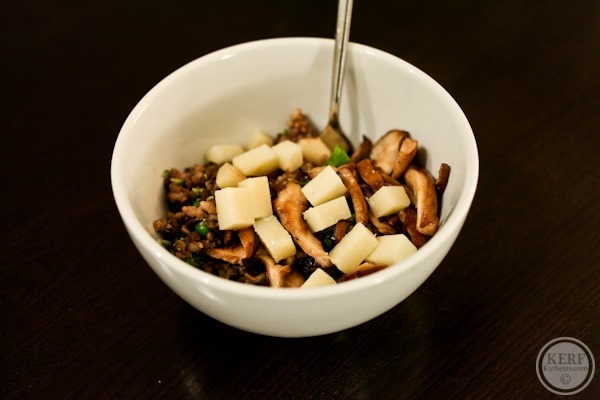 Good Tuesday to you all!