I slept until the sun was up today!! 7:00! Well, the sun wasn’t really out, because it’s cloudy and gross out there: 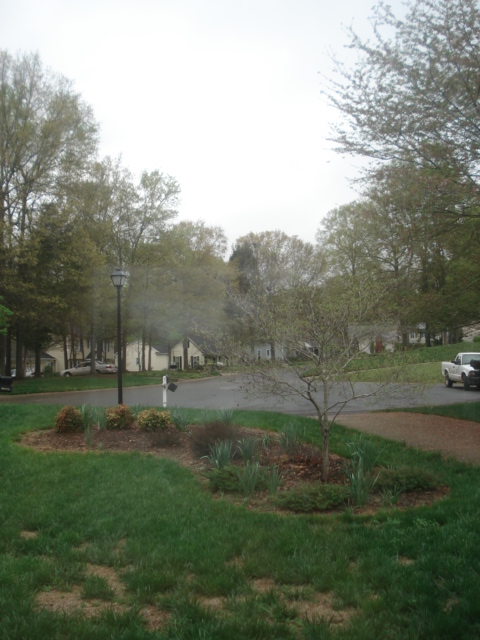 We stayed up until 11 watching Atonement and had to finish it this morning. Something about the dark war and my body clock missing 9:30 made me too sleepy last night to pay attention 🙂 I thought the movie was great – I love dramatic and beautifully made movies and this was both. The cinematography was gorgeous as well. I thought the first part was definitely the best and it did sort of go downhill with the war parts, but I really liked it – appreciated it – overall.

The plan today was to go to the gym first thing, then make pancakes at 10:00, and then run all of my outings (pedicure, Trader Joe’s, grocery store, Old Navy, pharmacy), and have a 2pm lunch. But it was so dreary out when I got up and I was starving, so I decided to breakfast first, then gym, then outings. Not sure if I’ll make it to the 2pm lunch without a snack 🙂

We made Peanut Butter Boy’s Cottage Cheese Banana Pancakes again today – but I’m re-naming them! I decided that they taste just like a DANISH! The cottage cheese gives them that sour cream/wet/danish filling taste.

I change the proportions a bit today. Blended together: 1 cup of rolled oats, 1 cup of 1% cottage cheese, 1/2 cup of egg whites (all we had left) plus Mexican vanilla. We also only had 1 banana, so I chose to put it in sliced rather than pureed, which led to less batter volume. I also made them a little bigger, and since I used a little less egg white the batter was thicker.

A few chocolate chips made appearances! But I actually didn’t like the chocolate in them that much. I’ve never been one to love chocolate chip pancakes. Not sure why since I LOVE chocolate!

With a tbsp of almond butter – 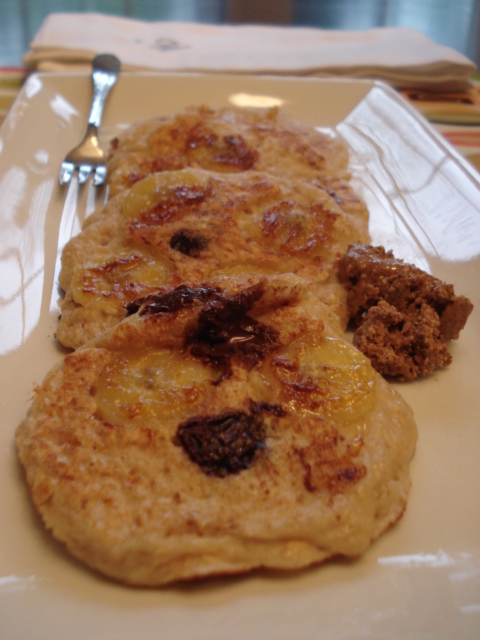 Imagine this is a banana danish – 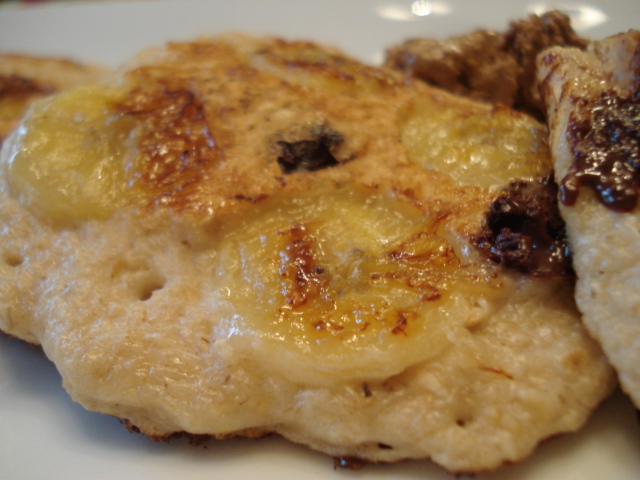 From above, con cafe. I ate it with a tiny appetizer fork (from Crate and Barrel!) to slow me down: 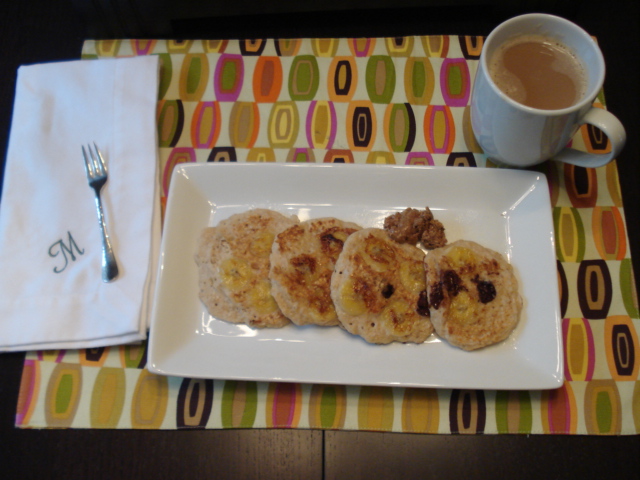 This breakfast was 450 kcal, 6 grams fiber and 33 grams protein.

We are running to the gym now (2.2 miles), doing some stuff there, and running home (2.2 again). Should be a good workout! I just hope it doesn’t rain on us…