You are here: Home / Lifestyle / Liquored Up 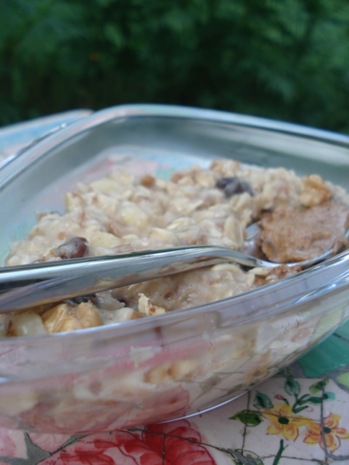 Great workout this morning – just under an hour of stairmaster, squirrelliptical and some much-needed stretching.

The husband stayed home in bed, but the “penalty” for sleeping in is that the person has to make the oatmeal while the other one gets dressed. So I came down this morning to have a spoonful of oats shoved in my mouth. We had decided to add raisins this morning because we both enjoyed them so much in last night’s dinner (oops! Ingredient revealed!).

Upon swallowing the delicious bite and I said “Mmmmmm!!! That’s SO good!”

“That’s because there’s a secret ingredient,” he said.

Turns out he added some almond liquor in place of the vanilla extract!! I doubt the teaspoon will have any effect and that the alcohol cooked out, but I don’t think this will become a regular oatmeal addition

this !
But it was really good! 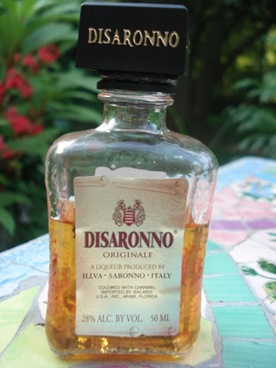 The raisins actually changed the oatmeal cooking a lot – he said he had to add more liquid because they stole it from the oats. They are thicker and sweet as ever.

The combo (for 2 servings)

Plus a few walnuts, sprinkle of cinnamon and small spoonful of almond butter for my bowl. 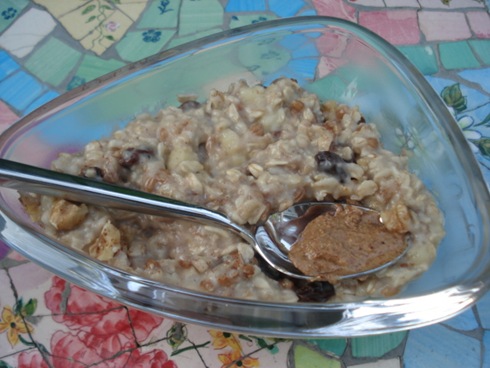 I also had a small teacup of coffee, which the husband made french press and had some leftover – 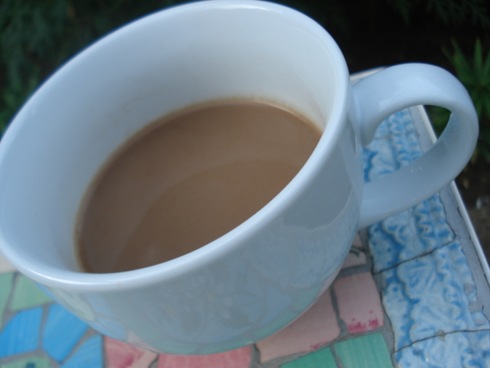 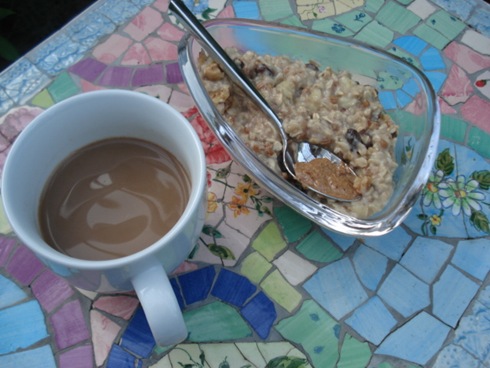 Our garden is overflowing!! 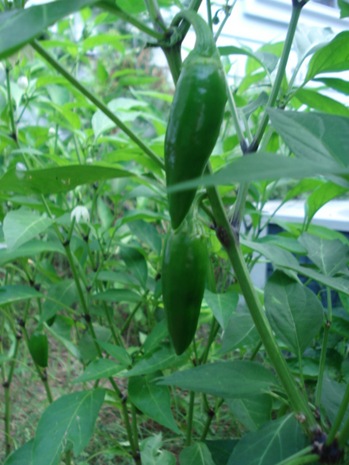 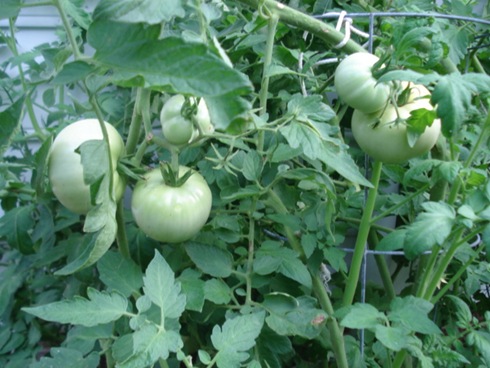 Overflowing jasmine (which needs to be re-fixed to the column) 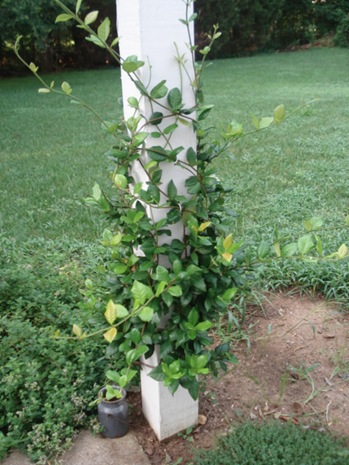 The basil row! I need to start the harvest and freeze some. 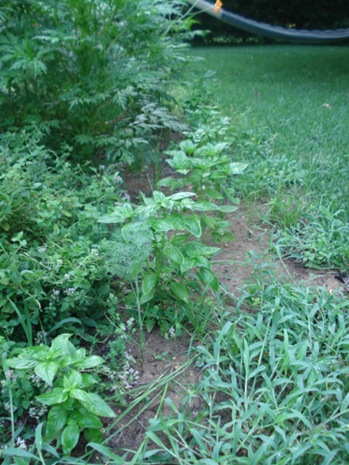 With the exception of the zucchini plants, which have all died – 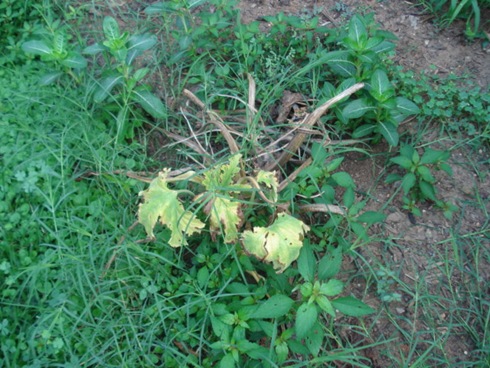 I have a fun surprise for you guys!! The folks at Honest-Foods are excited to give away a box of their famous Blueberry Vanilla Crackle Granola Planks and an Apple Ginger Spice Country Square to 10 lucky readers!! Here are the contest rules:

Email me a photo of your most creative bowl of oatmeal. This could be a photo of oatmeal hidden in beautiful flowers, a new delicious combination of flavors, a photo of you eating oats upsidedown – whatever you think makes your oatmeal shine! The husband is going to choose the 10 winners (and if only 10 of you submit a photo then you’re all winners!) (Note: HF can only ship in the domestic U.S. so I apologize to the international readers.)

Send your photos to KathEats at Gmail dot com by Friday and I will announce winners on Saturday – along with a photo recap of the entries!