You are here: Home / Lifestyle / Like The Hair Of An Angel

Afternoon activity hour!! Matt has been coming home around 5:00 instead of 6:30/7 lately and it’s made all the more fun around here. Today we walked to the gym together, me to prenatal yoga (aka childbirth preparation meditation class – which I love!) and him to test out his new gym membership! I spent the walk explaining to him why he should give Body Pump a try, but the guy is rather particular about his exercise and isn’t super excited about an hour of weights. He just doesn’t get it yet!! 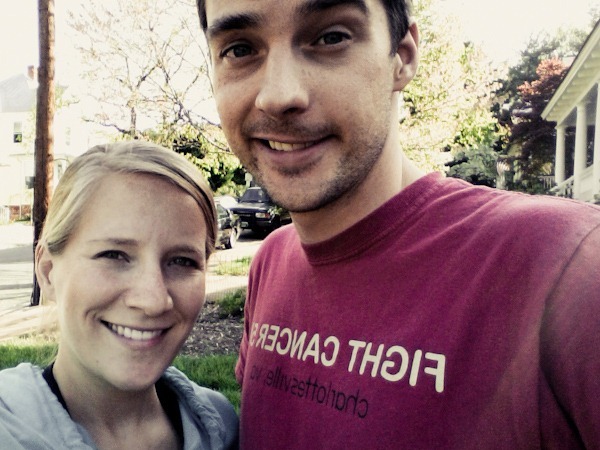 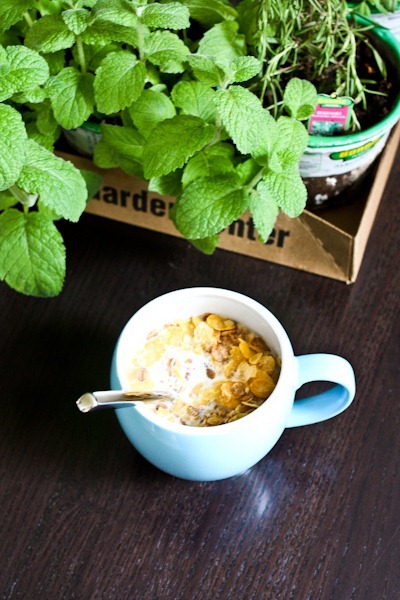 Yoga was great – BERF post on it going up in the AM! I really love the class and enjoy just being in a room with 30 other pregnant women.

On my walk home I discovered this exciting group of performers who were clacking sticks together downtown! I think they are part of some kind of men’s society? Anyone recognize the sashes? 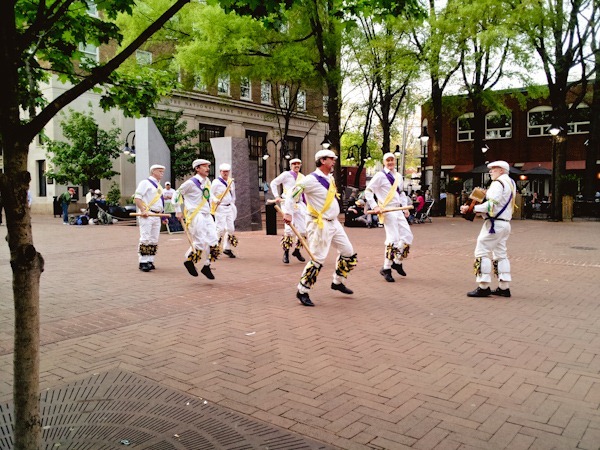 And upon my arrival, I found an exercised, showered, chef-of-a-husband putting the finishing touches on dinner! 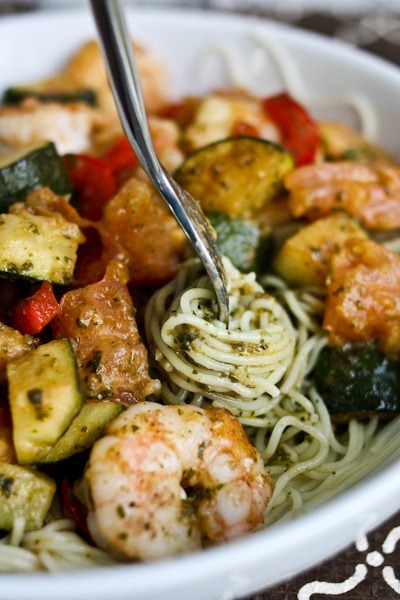 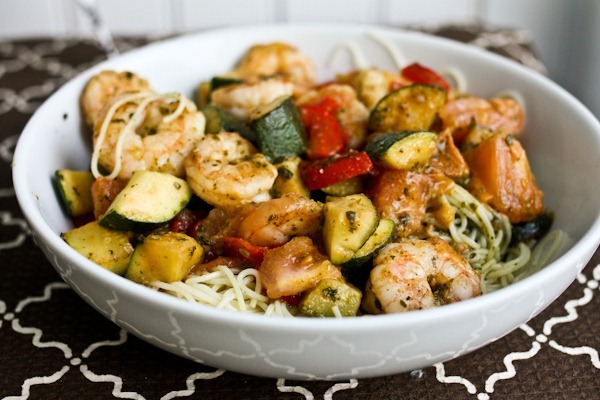 We finally found a brand of frozen shrimp we love – found it at Whole Foods. It’s frozen wild USA shrimp, already peeled, and tasty! When we were learning to cook we used to buy Harris Teeter shrimp from Thailand (boo) and then tried another frozen kind from WF (from Key West) that we hated. These were great – and bonus that they were already peeled! 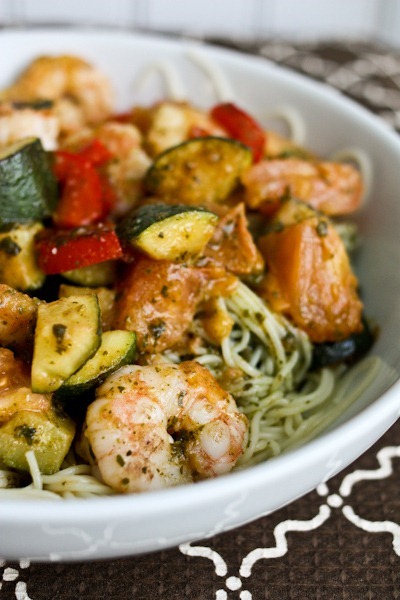 The pasta was fab – especially the angel hair! I couldn’t find whole wheat, so I just got regular. WF needs to make it under their brand name! It’s so much better than spaghetti. 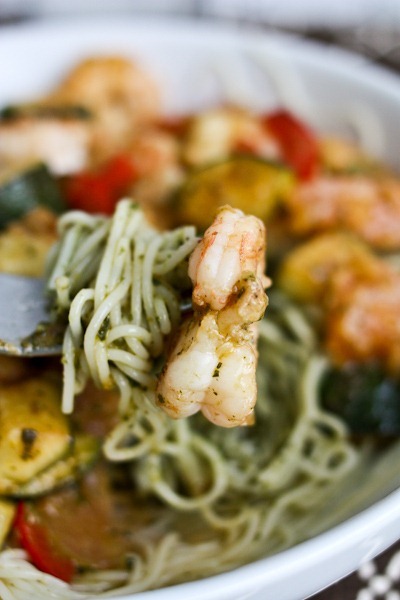 As much as I LOOOOVE LOST, I will be relieved when we are finished with the series. I’m a wee bit tired of watching TV every night! Want to read books, work on projects and more! But still totally <3 the show. 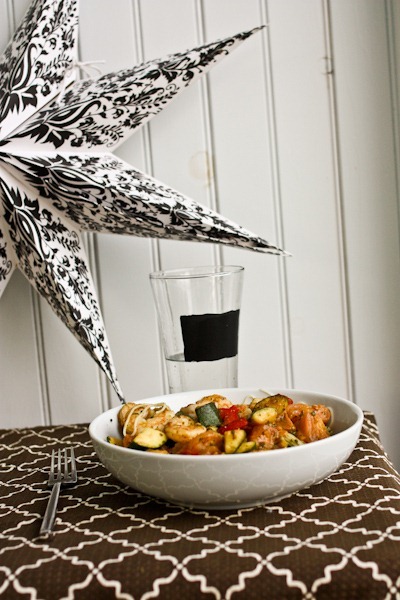